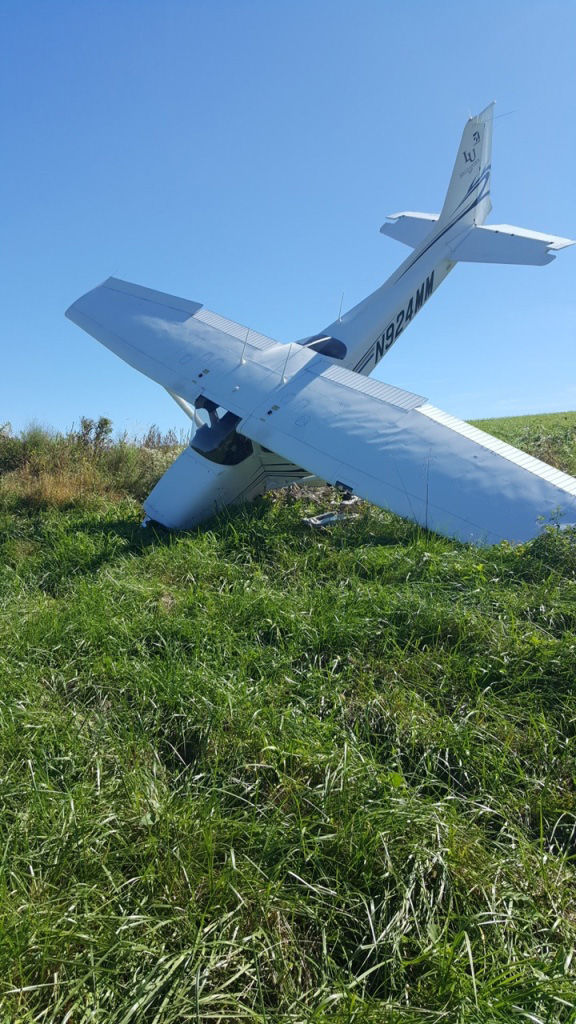 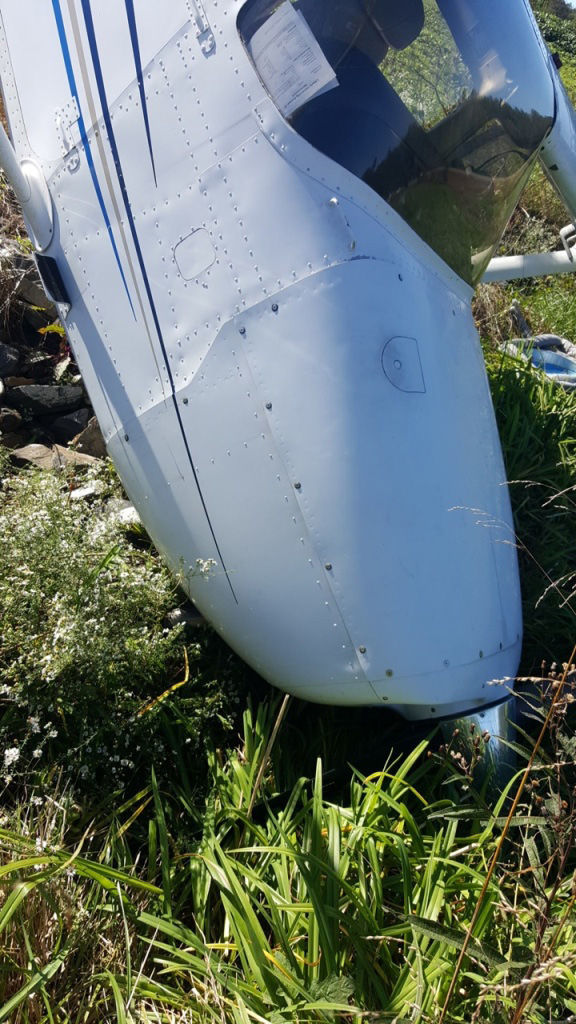 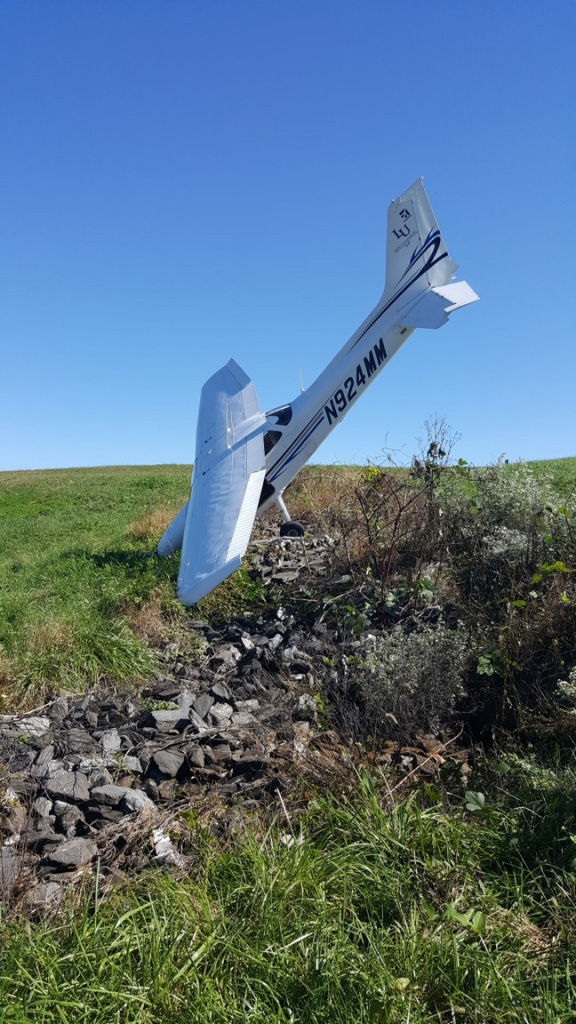 A Liberty University flight instructor piloting a Cessna was forced to make an emergency crash landing last year due to partial engine failure, according to an investigation by the U.S. National Transportation Safety Board.

An accident report released by the NTSB late last month points to an engine cylinder malfunction as the cause of the Oct. 18, 2018 crash, which occurred moments after the fixed-wing aircraft took off from Lynchburg Regional Airport.

No one was injured in the crash, though the Liberty-owned 2010 Cessna 172S sustained substantial damage after the plane was steered off the runway “to avoid a steep drop-off” at the edge of the airport. The aircraft collided with a drainage ditch at nearly 14 miles per hour.

According to records released by federal investigators, the first signs of trouble occurred when the airplane was just 200 feet in the air. Ian Woods, a 22-year-old instructor at Liberty’s School of Aeronautics, told investigators he heard “significant engine vibration and aircraft shudder” shortly after take off.

Woods, who was sitting in the right seat of the cockpit, took control of the aircraft from a 20-year-old flight student. He lowered the plane’s nose to avoid stalling and to begin an emergency landing. After radioing the airport tower, the plane touched down on a secondary runway with just 100 feet remaining.

“While on the runway and throughout the landing I initiated a maximum braking effort to decelerate the aircraft as I knew we would most likely end up in the grass and off the side of the runway,” Woods, who had more than 300 hours of in-flight experience at the time of the crash, wrote in a statement to investigators. “I elected to veer the aircraft off to the right side of the departure end of runway 35 as the terrain beyond runway 35 at the centerline contains a significant drop off.”

The aircraft came to a stop on a sloping hill with the nose pointed at the ground and the tail jutting into the air. The aircraft’s left wing and propeller were both damaged in the crash.

After Woods and the flight student exited the plane they were transported to medical facilities as a precaution.

Investigators found no evidence that the single-engine aircraft showed signs of failing before it malfunctioned. Records show the engine passed an inspection the day before the crash and was not yet due for routine maintenance.

A Liberty University official did not respond to a request for comment.

The School of Aeronautics, which launched in 2002, has recently seen an explosion in growth. During the past several years, total enrollment has nearly doubled. Last year, Tony Cihak, chair of the flight science at Liberty, told The News & Advance 450 residential students were enrolled in the program.