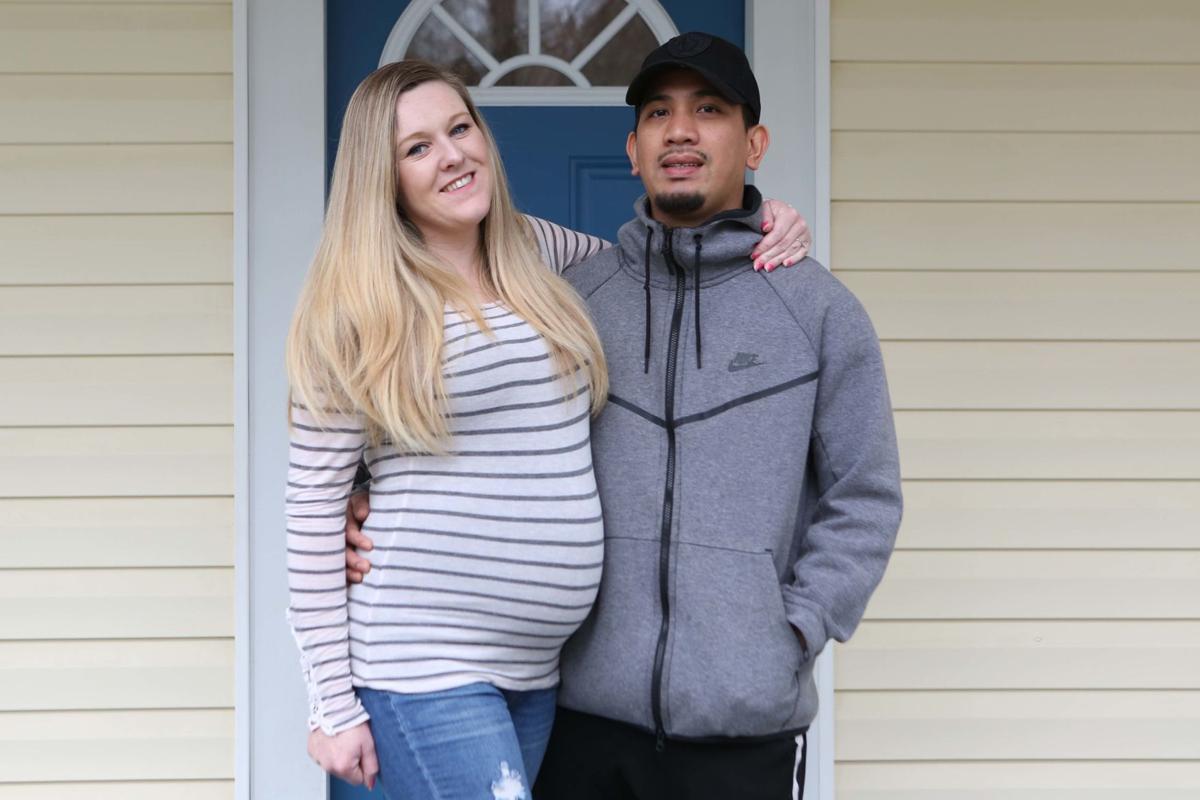 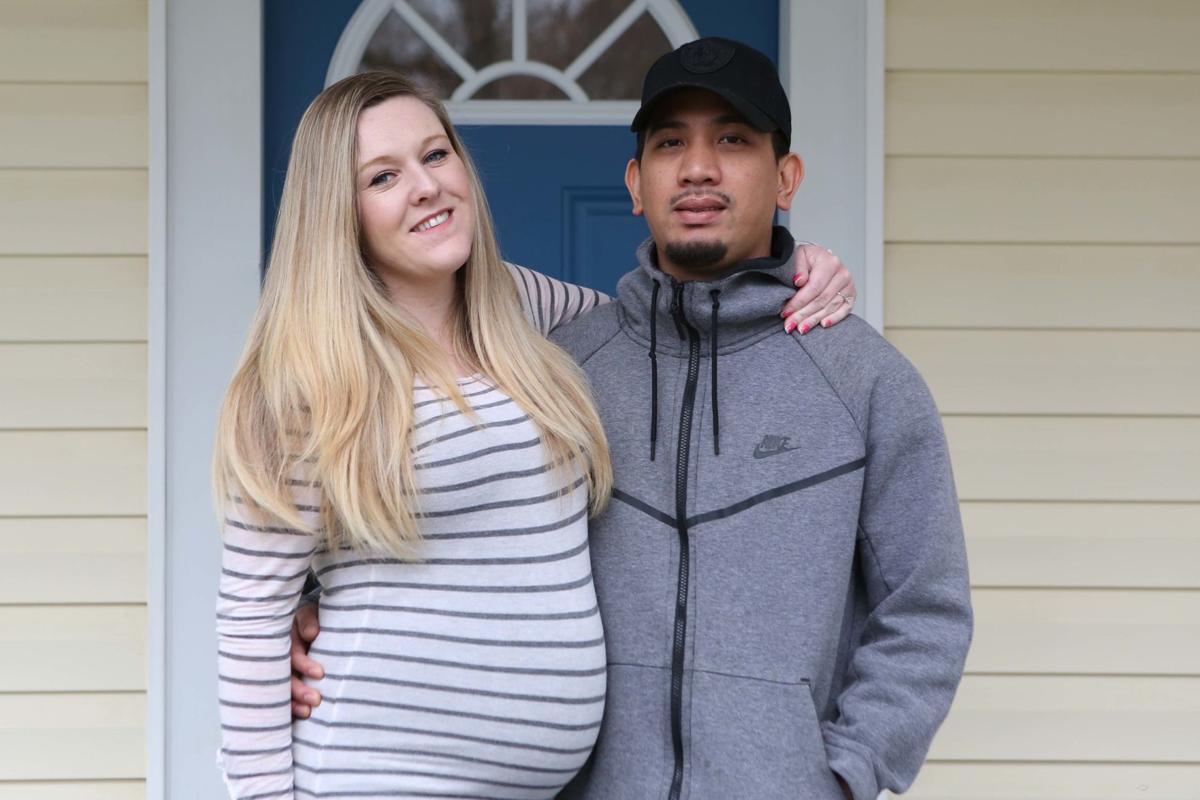 This time last week, 26-year-old Miranda Kammers was working as a stylist at Sport Clips Haircuts of Lynchburg. With a baby due in two months, she was diligently saving all of her tips for maternity leave. She and her fiancé, Allen Sanani, who was working as a hibachi chef at Wasabi Japanese Steakhouse & Sushi Bar, were preparing for a wedding.

Today, the two have filed for unemployment, pressed pause on their wedding, canceled their honeymoon to the Outer Banks and are left with decisions of whether they should spend the rest of their money on buying a crib or paying their bills.

“We heard that only one care partner is allowed at the hospital for births,” Kammers said. “If it’s not over by then, my mom won’t get to go and it’s her first grandchild. That’s kind of sad. This virus has taken the whole experience and made it not as beautiful as maybe it should be.”

Kammers and Sanani are two people among many who have suddenly lost their jobs and are filing for unemployment in the area due to the coronavirus.

Sign up for our daily coronavirus update email. All stories on the email are FREE to read.

Some relief for workers is expected soon after the White House and Senate leaders announced early Wednesday they had reached a bipartisan deal on a $2 trillion stimulus package that would expand unemployment benefits and provide direct payments to Americans, according to the Associated Press. But it remains unclear when those payments would go out.

Although Virginia began the coronavirus crisis with a relatively low unemployment rate of 2.7 percent, jobless claims have been rising.  On March 19, for example, the state saw 16,357 claims, compared with about 400 claims per day the week before, according to the Richmond Times-Dispatch.

This week, every employee at The White Hart Café in downtown Lynchburg was let go and none remain on the payroll.

Myke Barron, part of the management team of the café, said there were 14 employees before the layoffs. The restaurant is still open for carry-out and curbside pickup and is being operated just by Barron and Daniel Coco, who formerly owned the café.

“We don’t have revenue to continue paying [employees] and also we needed to let them go so they have full opportunity to apply for unemployment,” Barron said.

Until some normalcy returns for the café, it has a new goal: to provide prepared hot meals for residents who have limited access to food and financial resources. The cafe hopes to start distribution of the free meals before the end of March.

Tammy Case, a Lynchburg resident, was working full time as a substitute teacher before the coronavirus hit and was on a thin margin paying her bills making about $9 an hour.

“Now with schools closed, there’s nothing left to do with nowhere to go and no money to spend,” she said.

She still receives an adoption subsidy for her daughter and has some of her tax refund left, but she said it's not nearly enough to pay her bills.

“I don’t know what I’m going to do. I thought about applying to Kroger or Aldi but I don’t want to catch the virus and don’t want to give it to my 10-year-old,” she said. “And if I did go back to work, I’d have to get child care and pay for it. I’m just trusting God to provide.”

Cassidy Elliott, a Lynchburg resident, was working as a server at Shakers Restaurant but was laid off March 18.

She has started looking for work but with many day cares shut down, she doesn’t have anyone to watch her child.

“The impacts of this are very financially stressful as we are now relying on one income. We are trying to save where we can,” she said. “I canceled unnecessary utilities for the time being.”

She said she hopes others in her position are able to find the positives of life during this time, like being home with their families more.

“I think if people are able to, they should continue to support the small businesses in our area as much as possible,” she said.

There is no estimated day she can return to work, especially with the new enforcement from Gov. Ralph Northam of restaurants and bars to shut down for 30 days.

Charley’s Restaurant is open for carry-out and delivery now, but let all of its 50 employees except five managers go last week, said owner Rob Pearson.

He said he encouraged all his employees to file for unemployment and he has even helped a few of them take the steps they need to get started.

“We’ve been in business 40 years this year and my employees have been taking care of me for a long time,” he said. “As a responsible business owner, I need to figure out what we’ll do to help our people after they get their claims.”

The restaurant has lost 75% to 80% of its overall business, he said.

“The problem is with most small businesses, they only have working capital for two to four weeks without income,” he said. “We’re in shaky times. A lot of people aren’t going to make it. There is no magic way to come out of this and make it all well in our industry. You’ve got to get to the other end of this before you can think about surviving.”

Ben Bowman, executive director at Virginia Career Works, said the organization has a small allotment of funding to help businesses with fewer than 250 employees who need to have employees work from home.

“We’re still waiting on what will happen in D.C. right now,” he said. “And there are resources to be used to help with this and we’re looking at how we can reallocate those once we get the go-ahead to do that.”

There are already low-interest loans available through the U.S. Small Business Administration and Bowman said he is working in close partnership with the Small Business Development Center-Lynchburg Region, local economic developers and the Lynchburg Regional Business Alliance so when funding does become available, those offices can move quickly on distribution.

Four more deaths related to the coronavirus were reported in Virginia on Wednesday as Gov. Ralph Northam called on Liberty University Presiden…