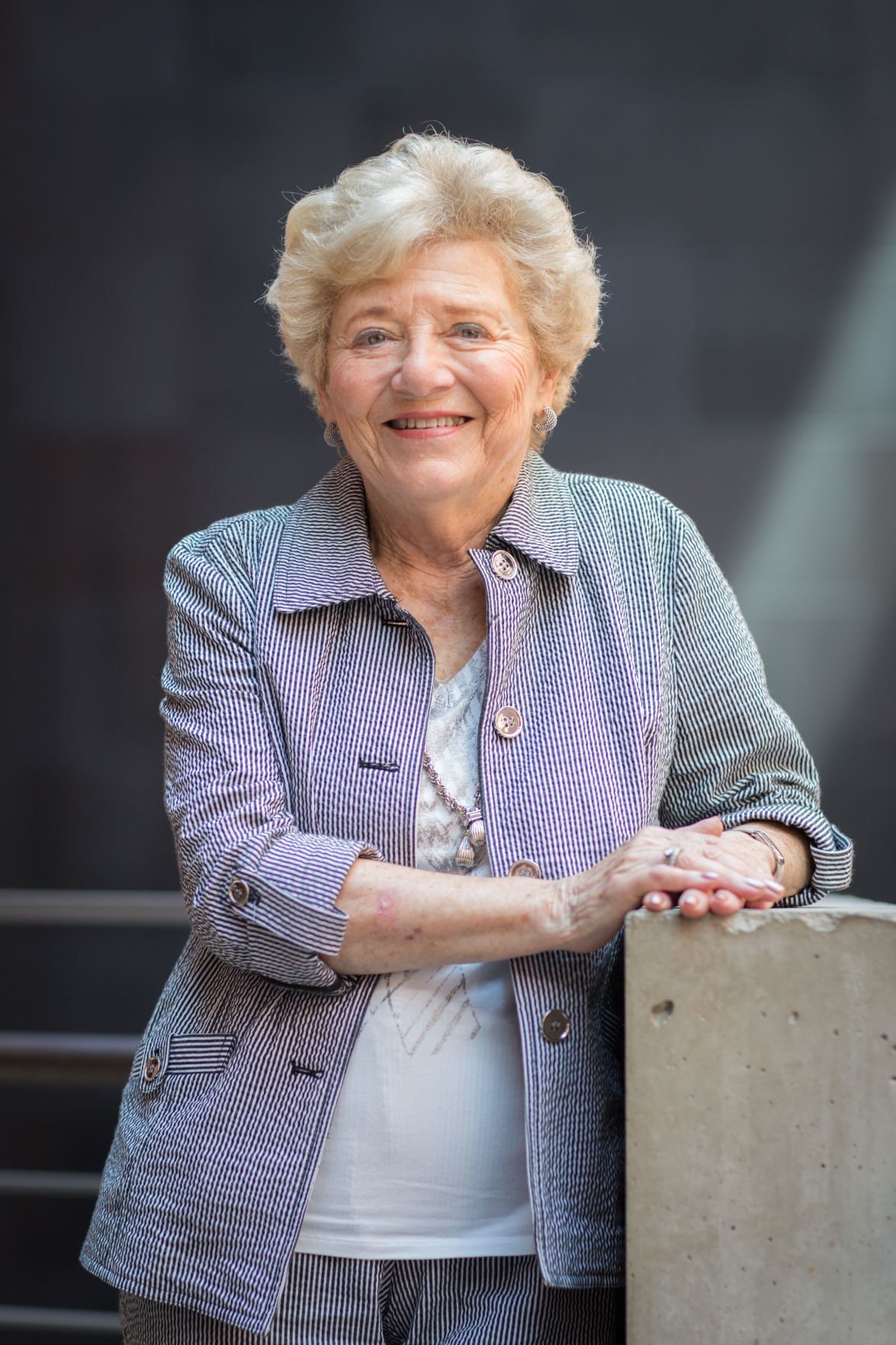 Halina Peabody, a Holocaust survivor and volunteer with the United States Holocaust Memorial Museum, will speak at the University of Lynchburg and E.C. Glass High School on Nov. 13 and 14. 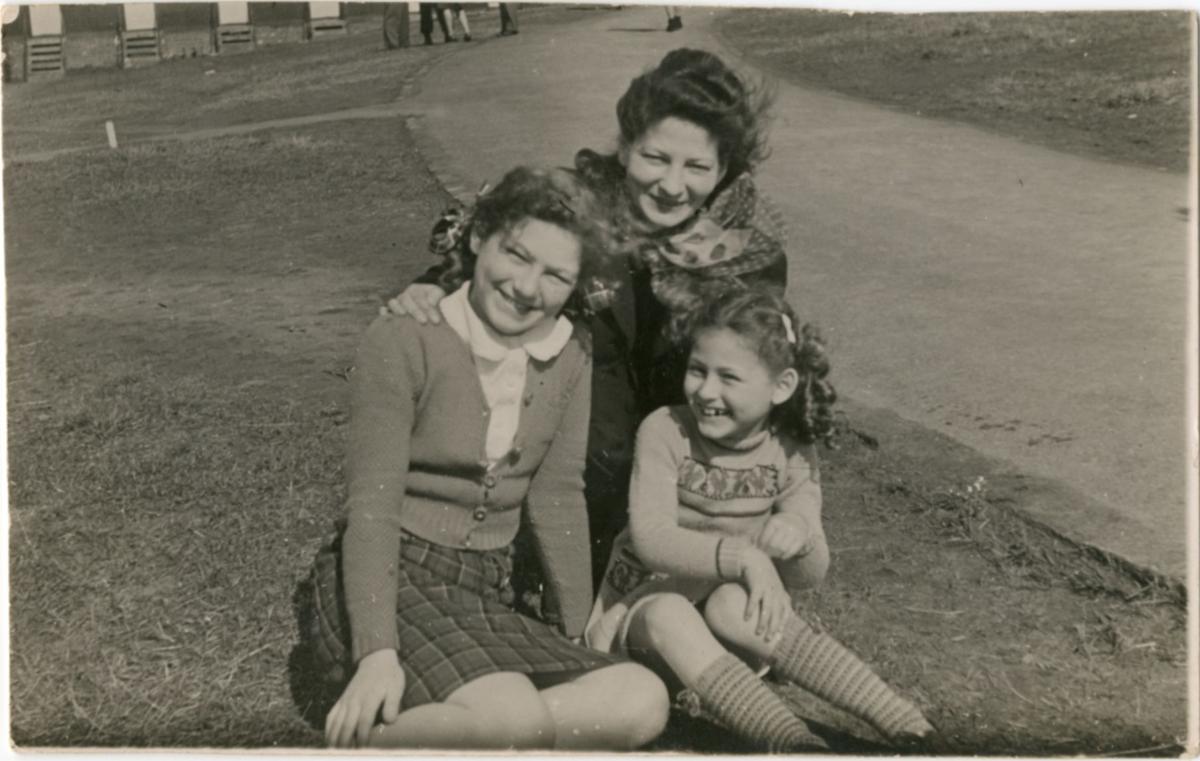 Halina Yasharoff Peabody, her mother and her sister post-war. 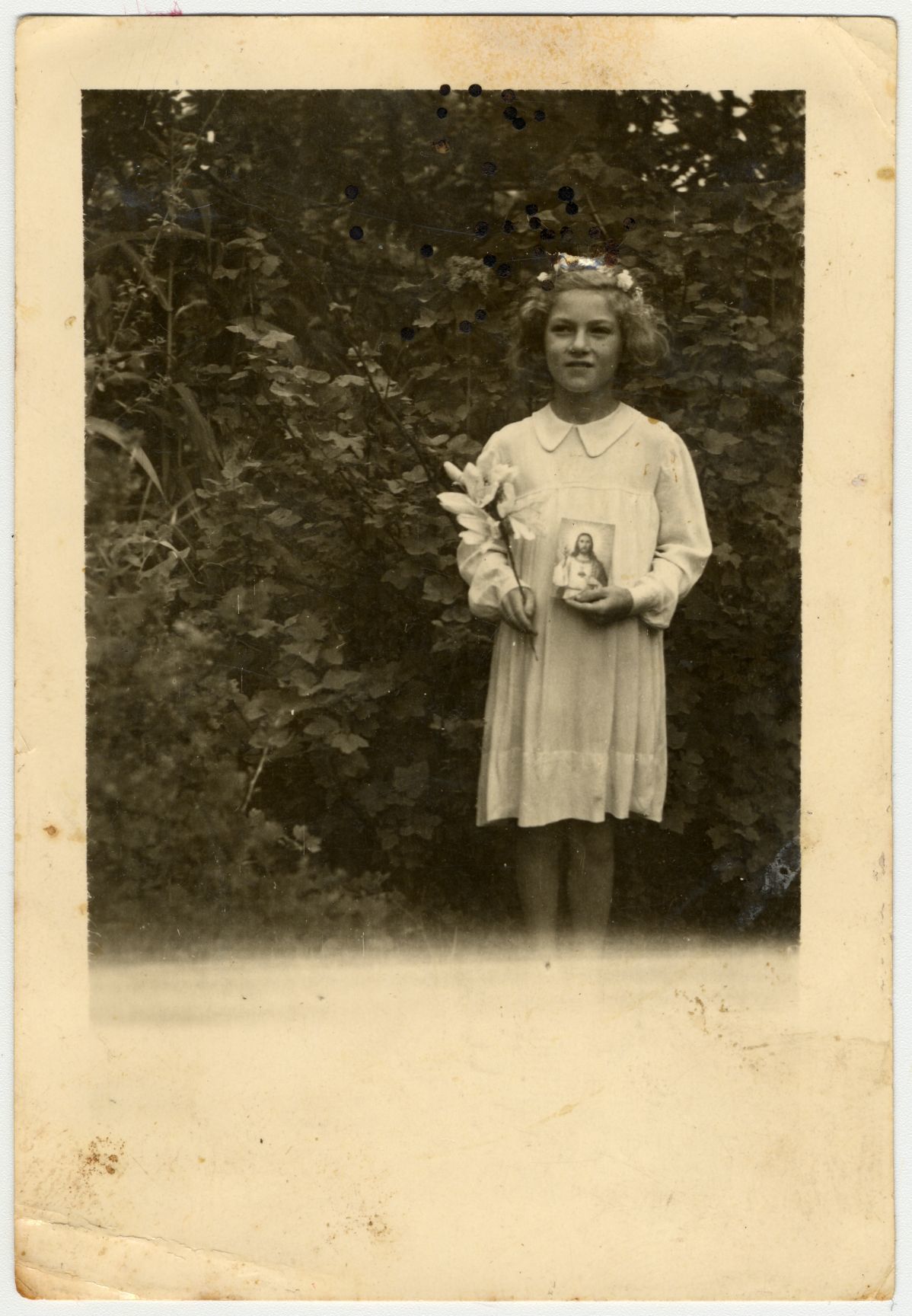 Halina Yasharoff Peabody during her first communion in 1942. To avoid capture during the Holocaust, Peabody, her mother and sister pretended to be Catholic.

Halina Peabody, a Holocaust survivor and volunteer with the United States Holocaust Memorial Museum, will speak at the University of Lynchburg and E.C. Glass High School on Nov. 13 and 14.

Halina Yasharoff Peabody, her mother and her sister post-war.

Halina Yasharoff Peabody during her first communion in 1942. To avoid capture during the Holocaust, Peabody, her mother and sister pretended to be Catholic.

Halina Yasharoff Peabody describes her life from the fall of 1939 through the summer of 1944 with just one word: fear.

“Every single day, we were terrified,” the 86-year-old Holocaust survivor said last week in a phone interview from her home in Bethesda, Maryland.

“We had nothing to fight with,” she continued. “We were completely and utterly without any way to do anything.”

Peabody will discuss this fear at length when she speaks about her experiences during that time at the University of Lynchburg on Wednesday. She also will speak at E.C. Glass High School on Thursday, though that event is not open to the public.

“It’s a rare opportunity to hear the firsthand story, the firsthand account of a Holocaust survivor,” said Naomi Amos, a board member of the Holocaust Education Foundation of Central Virginia, which organized Peabody’s visit with the United States Holocaust Memorial Museum in D.C. “And no two stories are alike.”

The story Peabody will share is rather different from the ones so often heard from survivors.

She did not survive a concentration camp or escape a death march — “she had to go into hiding and, at a very early age, had to learn to be somebody else,” said Patty Worsham, president of the foundation’s board.

Peabody was just 6 in 1939, when the Soviet Union invaded her small Polish town and arrested her father on suspicion of being a spy, sentencing him to 20 years hard labor.

“The Russians had a law that if your family member was a criminal — that’s my father, a dentist — then you were also going to be sent to Siberia,” she said. “So we were waiting to be picked up. ... For some reason, they didn’t take us, but what they did do was throw us out of our house.”

Two years later, the Soviet Union left and the Germans arrived. By then, she and the rest of the Jewish community from her small town had been moved to a ghetto more than 400 miles away.

“We hid a couple of times when they started taking people and killing them,” Peabody recalled. “We split up, and my mother was terrified that I was caught; I was terrified she was caught. So after that ... my mother said, ‘Whatever happens to us, we’ll just stick together.’”

Realizing the danger, Peabody’s mother bought fake documents and boarded a train to Jaroslaw, Poland in 1942.

The trip proved harrowing. A man on the train discovered their identities and threatened to turn them over to the German secret police. Peabody’s mother gave him all of their possessions and convinced him to spare them.

She “even promised him the coats on our backs,” said Peabody.

They arrived in Jaroslaw with no money, no belongings and no place to go. After a complete stranger took them in, Peabody and her family hid in plain sight for the next two years by pretending to be Catholic.

“Polish girls in those times were blonde and straight hair. My hair was blonde but wavy, so they braided it,” said Peabody. “My sister was curly as they come, so [my mother] decided to shave it off. She said it was to make it thicker, that was her excuse.”

Peabody, who by then was 9, attended Catholic school, went to church and even had a first communion. Meanwhile, her mother got a job peeling potatoes in a German military kitchen.

The position afforded them greater protection, but even then, it wasn’t safe. They “lived day to day” until July 27, 1944 — just before the Soviet forces liberated Poland — when a bomb fell on the house they were living in.

The blast permanently injured an 11-year-old Peabody and killed the woman who had taken them in off the street. Peabody spent two months in the hospital.

After World War II, Peabody’s father, who ended up fighting with the Allies, found them and moved the family to England. Peabody eventually immigrated to the U.S. in 1968. She has volunteered at the United States Holocaust Memorial Museum since 2002.

“For Halina, she experienced [the Holocaust] as a child, and for many of our visitors, they’re coming to the museum at the same age that Halina was when she was experiencing these events,” said Emily Potter, the museum’s senior program coordinator of survivor affairs. “So, it really gives a different perspective for a lot of school students.”

A large part of Peabody’s role at the museum involves speaking to the public about being a Holocaust survivor.

Peabody actually had no intention of publicly sharing her story when she first got in touch with the museum. In fact, she emphatically turned museum officials down the first time they asked her to speak.

But eventually, Peabody did share her story. She now travels throughout the D.C. area and around the country for speaking engagements, usually about 20 to 25 times per year, Potter said.

Peabody also spends her Thursdays in the museum’s main hall, called the Hall of Witness, near a sign inviting visitors to speak with a Holocaust survivor.

“She pretty much spends her entire day Thursday at the survivors’ desk, interacting with visitors, answering questions that they had about the exhibition [and] sharing her personal testimony,” Potter said.

Like many survivors still alive today, Peabody feels a certain urgency and obligation in bringing awareness to the Holocaust.

Some people still don’t believe the genocide of 6 million Jews and countless other minorities ever happened, she said.

Worse yet, people are beginning to forget. And when people forget, hate once is again allowed to fester.

Anti-Semitism is at near-historic levels in the U.S. with attacks having doubled, the Anti-Defamation League reported earlier this year. This correlates with a continued rise in reported hate crimes, including those against the black and LGBTQ communities.

Globally, anti-Semitism also has increased, with the highest number of incidents occurring in Western countries like the United Kingdom, France and Germany.

“This kind of hatred and discrimination is so insidious,” said Worsham, who teaches at Glass. “It can grow so slowly and so subtly that, all of a sudden, it’s [there] and we didn’t even know what was happening.

“We certainly are so worried about that today with the tolerance that seems to be developing for hate speech and discrimination.”

The majority of Americans recognize that education becomes increasingly important, especially in moments like this; a study conducted by the Conference on Jewish Material Claims Against Germany found that 93% of people believe students should study the Holocaust in school.

Part of that education involves bringing in survivors, like Peabody, to speak while they still can.

“You can read in history books, you can see documentaries, you can see fictionalized accounts,” Amos said. ”There’s nothing like [having] the person right there in front of you.”

For Peabody, sharing her story allows her to bear witness and ensure the tragedies of the past never repeat themselves.

People, she said, “should not have to be afraid because of what they look like and who they are.”

Where: University of Lynchburg’s Memorial Ballroom inside the Hall Campus Center, 1501 Lakeside Dr.

Thank you, University of Lynchburg, for bringing this important story to our city. It is needed now more than ever.