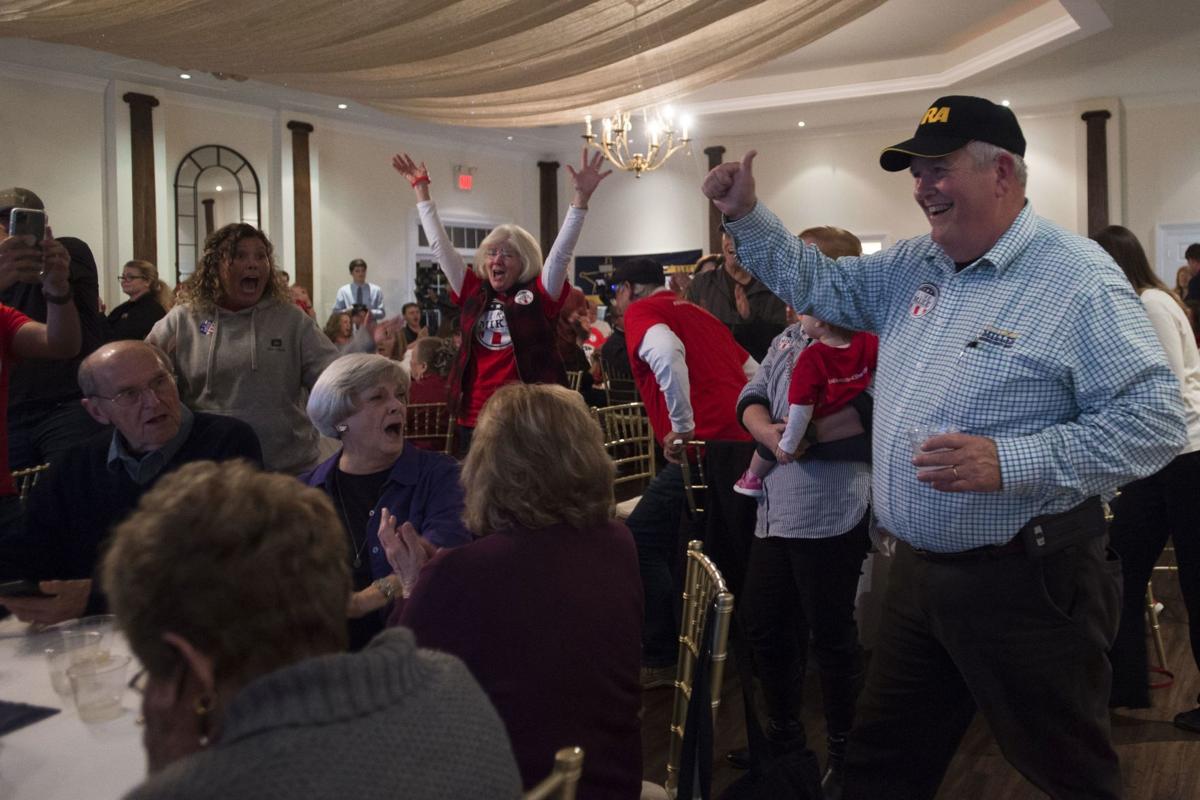 Bedford Sheriff-Elect Mike Miller gives a thumbs up upon an announcement that the won at the Trivium Estate and Conference Center in Bedford on November 5, 2019. 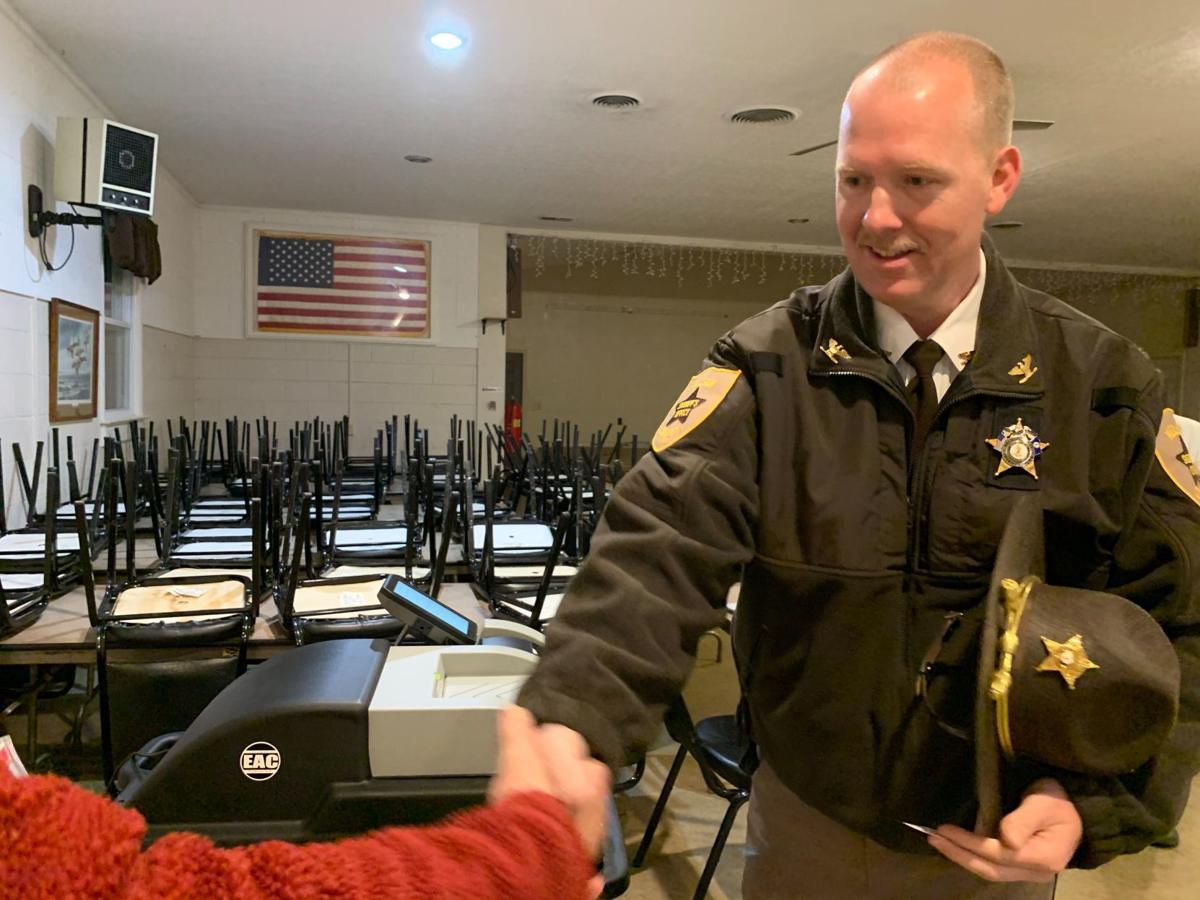 Nelson County Sheriff David Hill gets his "I Voted" sticker after voting on Tuesday morning. 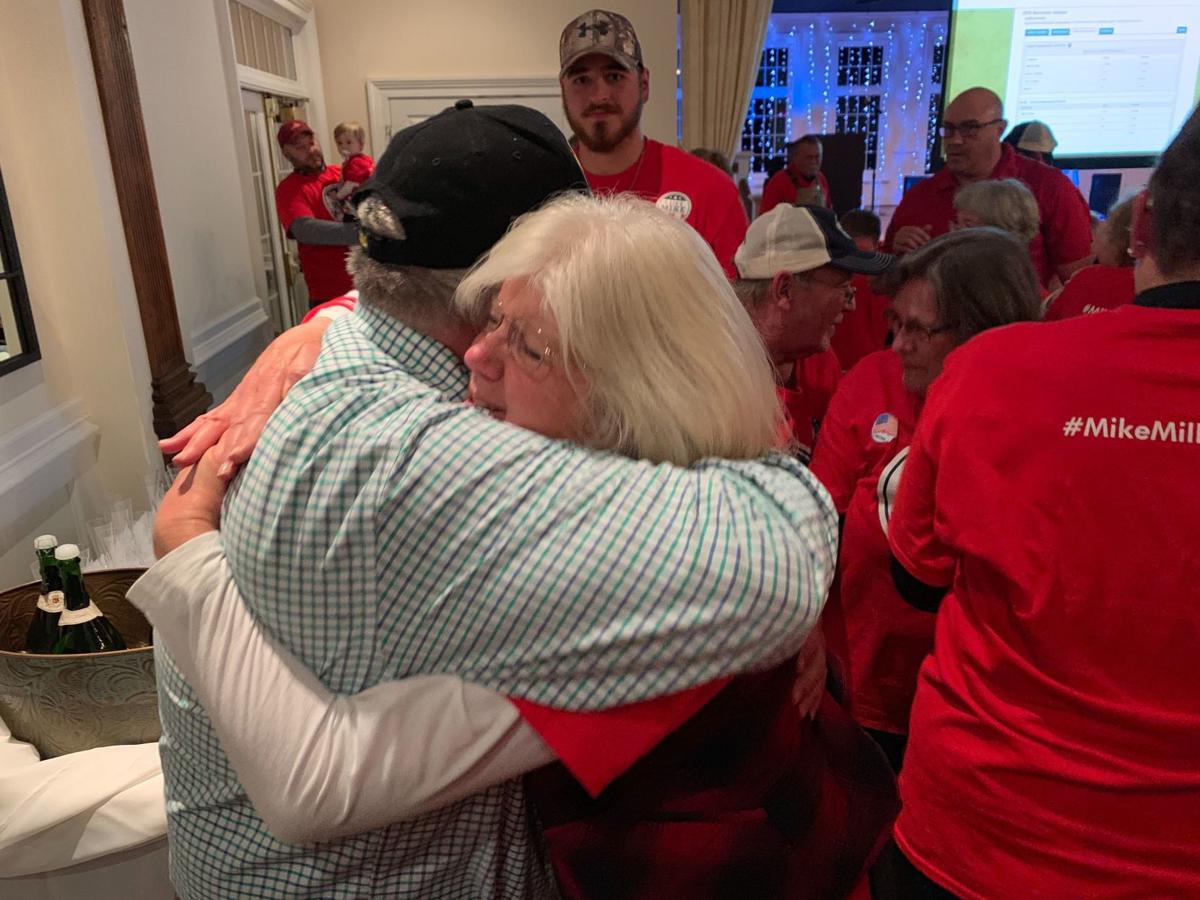 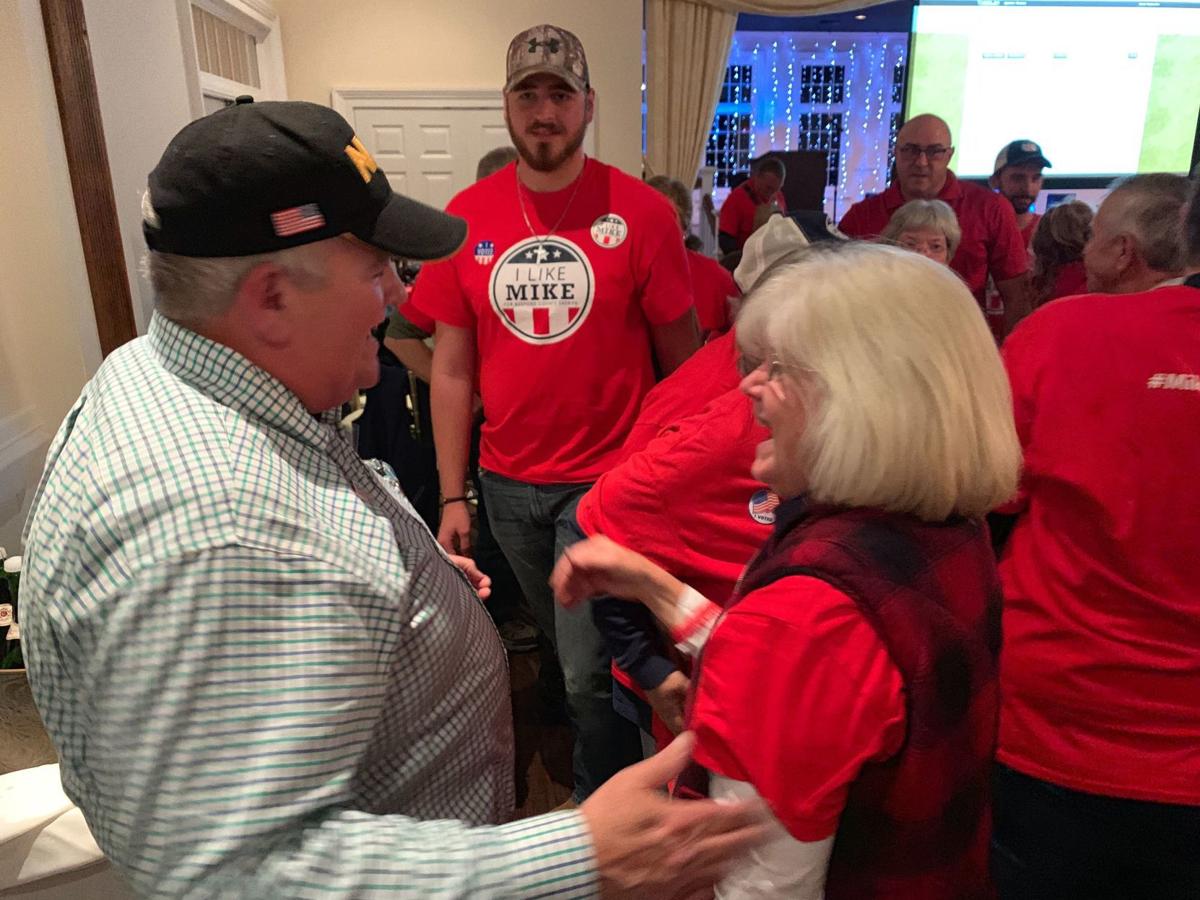 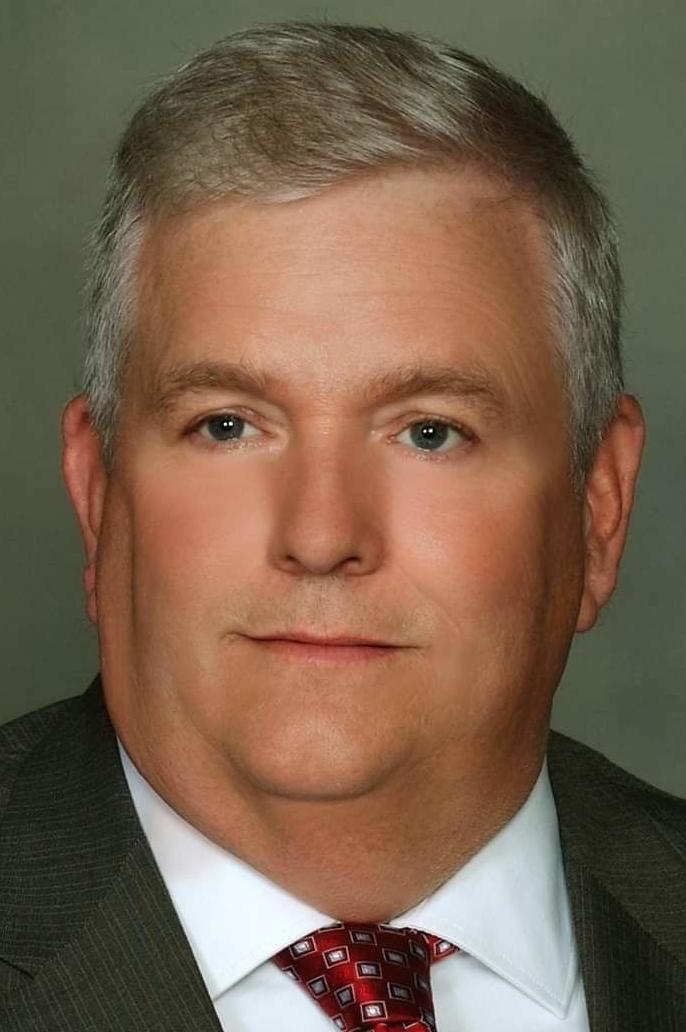 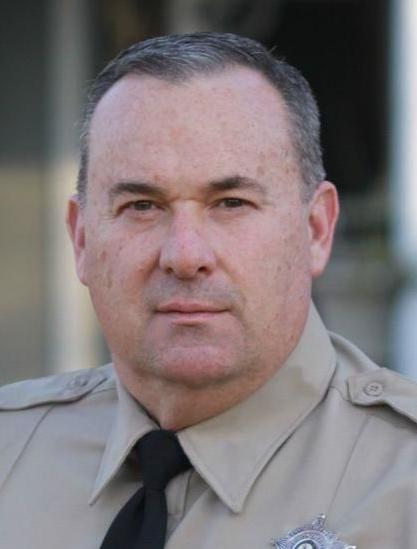 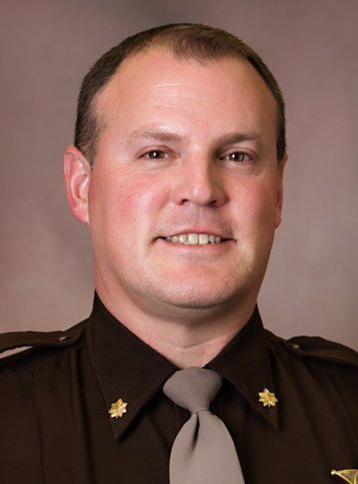 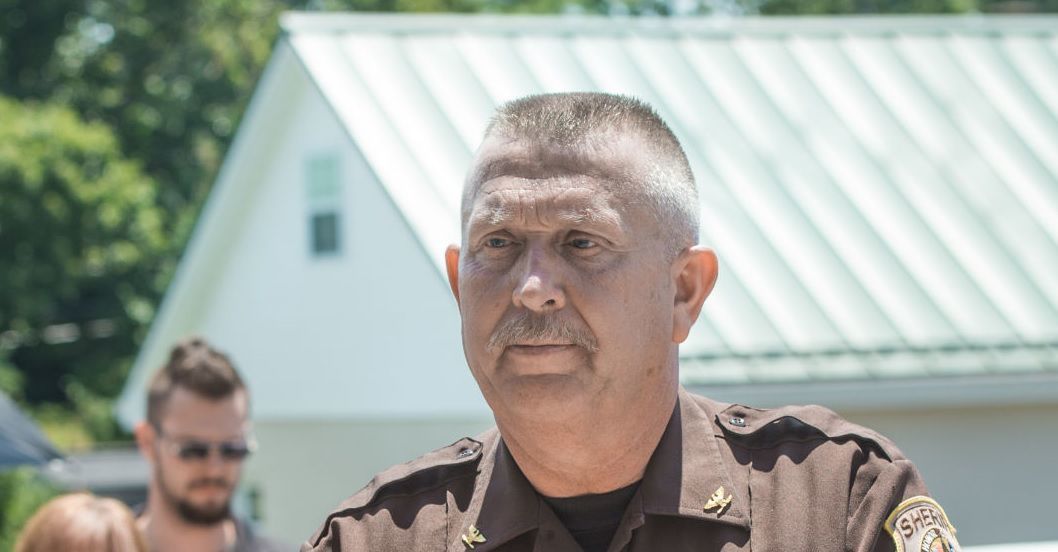 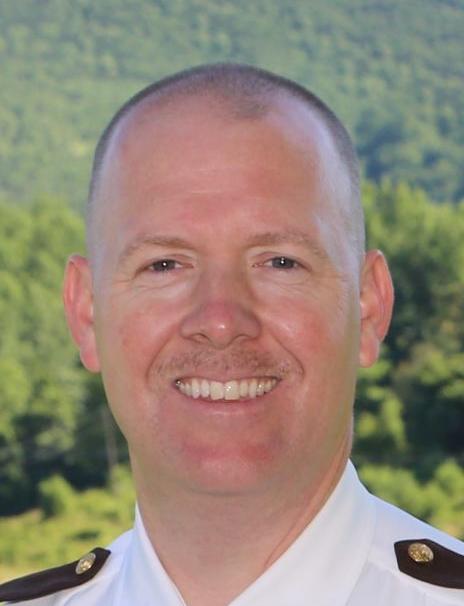 Bedford Sheriff-Elect Mike Miller gives a thumbs up upon an announcement that the won at the Trivium Estate and Conference Center in Bedford on November 5, 2019.

Nelson County Sheriff David Hill gets his "I Voted" sticker after voting on Tuesday morning.

In the wake of Tuesday’s election, residents in Central Virginia can expect to see a shift in local law enforcement leadership, after all but two of the five counties surrounding Lynchburg voted a new sheriff into office.

Residents in Appomattox, Bedford and Campbell counties — where all three current sheriffs are retiring — will see a new face in the sheriff’s seat. In Nelson and Amherst counties, incumbents David Hill and E.W. Viar, respectively, were reelected for their second terms.

In Bedford County, Mike Miller, the Republican candidate for sheriff, won a race that marked the first time in nearly a quarter-century that voters have elected a new sheriff.

Miller will replace retiring Sheriff Michael Brown, who has served as sheriff since 1996.

Miller received 12,846 votes, or 53.61% of the vote. Miller is a captain at the Bedford County Sheriff’s Office and has served with the department for 34 years.

Tim Hayden, a captain and 34-year-veteran at the Bedford County Sheriff’s Office, got 9,287 votes; and James Kirkland, a K-9 handler at the sheriff’s office, secured 1,775 votes.

Miller said he is “extremely grateful” for the opportunity to serve the residents of Bedford County.

“I am so humbled,” Miller said Tuesday night. “I just want to serve the citizens I have been around my whole life.”

In Campbell County, a competitive three-way race ultimately saw Whit Clark III secure the office with 7,518 votes, or 44.4% of the vote.

Clark will replace retiring Sheriff Steve Hutcherson, who announced in January he would not seek reelection after two terms as sheriff.

Clark is a retired Lynchburg police officer and current investigator with the Campbell County Sheriff’s Office. He retired from the Lynchburg Police Department as a captain after 32 years and has worked with the Campbell Sheriff’s Office for four years. With more than 25 years of leadership experience, Clark said he has worked in almost every facet of law enforcement.

His supporters mobilized across the county as he visited each polling precinct in turn, with clusters of support camping out at precincts for the entire 13-hour stretch.

“I’m very honored that the voters put their trust in me to lead the sheriff’s office,” Clark said Tuesday night. “I’m looking forward to getting to work.”

He said the office won’t be facing any immediate shifts — but he plans to get out in the community and listen to citizens about their concerns.

“We’re going to slowly make some changes within the agency,” Clark said, like continuing to fight narcotics, bringing a K-9 program back to the department and increasing deputy pay.

In Appomattox County, Appomattox County Sheriff Chief Deputy Donald Simpson was elected sheriff after 25 years of service in the office. He will replace retiring Sheriff Barry Letterman in January.

Simpson received 3,517 votes, or 61.95% of the votes, while his opponent Chris Sams finished with 2,155 votes, according to the State Board of Elections.

Simpson said the war on drugs and the handling of people experiencing mental health crises are among his priorities in office. Simpson also stressed increasing deputy pay, keeping up with necessary technologies and school safety as crucial components of his campaign.

“We feel a lot of positivity from the community I grew up in,” Simpson’s son, Nathan, said. “We’re going to put into place the candidate that the community wants.”

In Amherst County, Sheriff E.W. Viar comfortably retained his seat in a four-way race against three former Amherst County Sheriff’s deputies: Noel De Palma, Luciano Freitas and George Lee. Viar, a 35-year veteran of law enforcement who took office in 2016, received 6,011 votes, or 62%, and took all county precincts with 50% or higher of the vote.

“I’m just very humbled,” Viar said of his reelection Tuesday. “The people spoke loudly about what we’re doing and how we’re doing it.”

He said he is thankful to get past the “garbage,” referring to the negative tone of this year’s race. Addressing the three former deputies, he said he has no animosity and tried to run a clean campaign.

He said his goals are to get the sheriff’s office back to full staff, secure more pay for sheriff’s deputies and reach full state accreditation, which he is hopeful can be accomplished in the summer. He said the department has eight spots it is looking to fill.

“We just have to hire the right people,” Viar said. “I’m not going to lower my standards. We’ve done a great job with the staff we’ve had.”

Another major focus is making strides in combating drug activity in the county, he said.

Viar said with the election in the rearview, he looks forward to making more progress. “I’m trying to do the best we can do,” he said.

Meanwhile, in Nelson County, Sheriff David Hill held onto his badge and title for another four years.

Hill said he was “tickled” by the results, but there is always room for improvement.

“The work continues. There are lots of long term goals to achieve,” Hill said.

How tone deaf and classless for Mike Miller to appear in public with a NRA on. Wonder if that was before he learned that Democrats had won control in Virginia and 'red-flag' laws are on the way? Get ready to change your tune Mr. Miller.