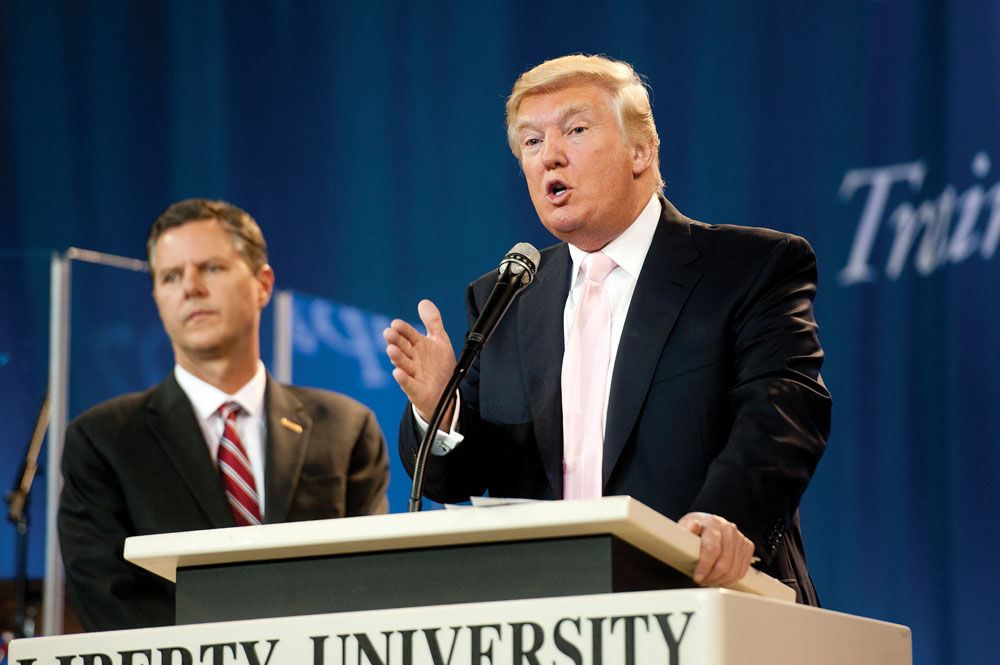 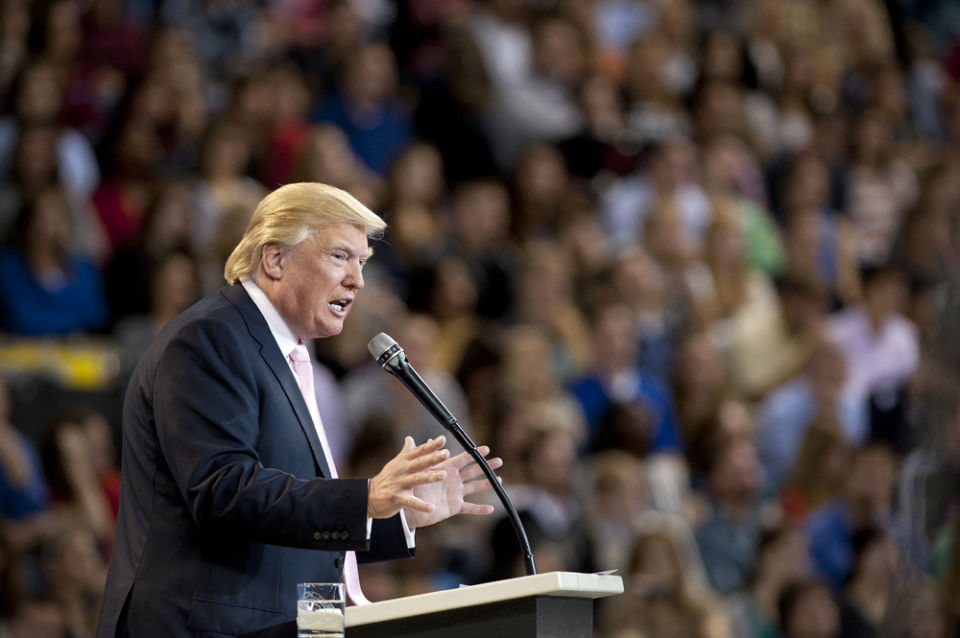 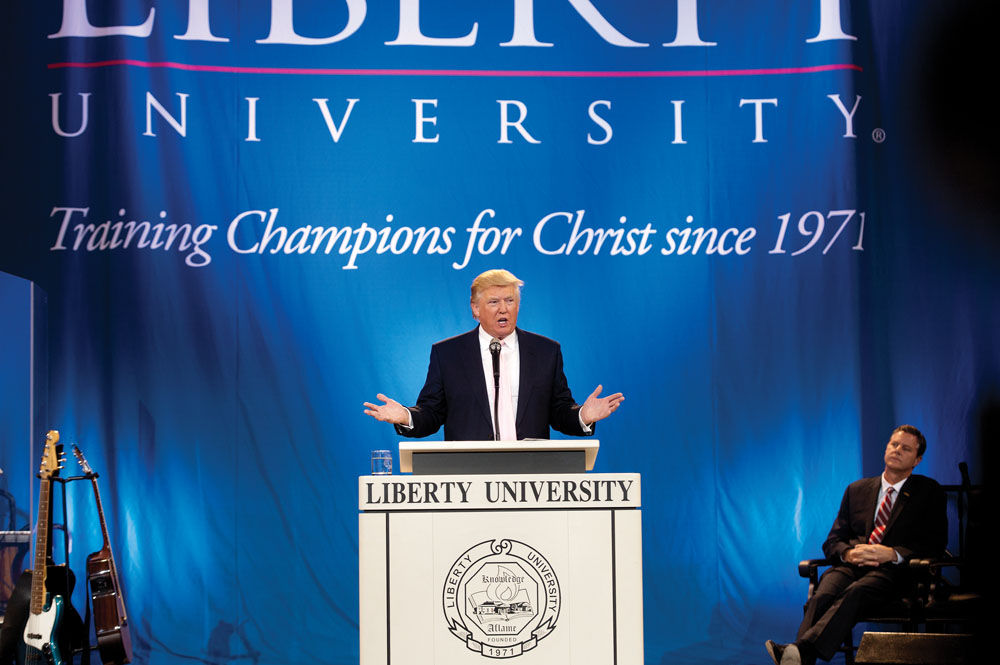 In this Sept. 24, 2012 file photo, Donald Trump speaks during convocation at Liberty University.

In this Sept. 24, 2012 file photo, Donald Trump speaks during convocation at Liberty University.

This story has been updated to clarify the process by which Jerry Falwell Jr. tried to bring a GOP debate to Liberty University.

Donald Trump, the GOP’s 2016 presidential frontrunner, will address Liberty University students at convocation Jan. 18, the first day of classes for the spring semester.

Trump last visited Lynchburg in September of 2012, when he also spoke at a Liberty convocation.

Liberty University President Jerry Falwell, Jr. said he and his wife Becki have stayed in “close contact” with Trump and his top aide, Michael Cohen, since that visit. The Falwell’s son Wesley was married in October at the Trump Winery in Charlottesville, where Trump’s son, Eric, is president of the vineyard, Becki Falwell said.

In an interview Monday night, Falwell said a group affiliated with the RNC contacted GOP candidates to see if they would participate in a forum hosted by an outside group in February on campus after plans for a GOP presidential debate at Liberty in January fell through.

A number of GOP candidates said they would only commit to the debate if Trump was a part of it, he said.

Trump’s staff replied they would rather appear solo at Liberty, Falwell said.

Trump and Falwell also were in contact in December, following Falwell’s appearance on “The Sean Hannity Show,” where he defended his call at convocation for students to get concealed carry permits. Trump called Falwell to say he was proud of him, Becki Falwell said.

“[Trump] liked that Jerry said he compared Trump to Jerry’s dad,” she said.

During that roughly eight-minute segment on Fox News, Falwell offered his thoughts on who he said are his three favorite presidential contenders: Donald Trump, Ben Carson and Ted Cruz.

“I think Trump reminds me so much of my father,” Falwell said. “He says exactly what he thinks no matter what anybody cares.”

Falwell said he thought students will be excited a frontrunner in the Republican field “had taken time out of his schedule to come speak with us.”

“I think the students will be supporters and some will not be, like with (Bernie) Sanders,” he said.

The convocation will be open to the public, with a reserved section for local residents who want to attend, Falwell said.

Long before Major Gen. Robert Dees (ret.) went to work for Ben Carson, he was studying the f…

Republican presidential candidate Ben Carson found a friendly audience at the Christian evangelical university, where students waited in long lines to gain entrance to the Vines Center and his remarks went unchallenged.

Liberty University students were quick to underscore differences with Sen. Bernie Sanders on…

U.S. Sen. Ted Cruz, the first candidate to officially enter the 2016 presidential race, picked LU as the setting for his presidential campaign launch — a first for the city and a rare move for a candidate whose political roots are in another state.

Throughout his speech Monday, Sen. Ted Cruz repeatedly touched on the theme of standing up f…

Donald Trump didn’t mince words Monday, but he did clean them up.

Want to see Donald Trump at Liberty University? Get there early.

Liberty University has released guidelines for people who want to attend Donald Trump’s speech at convocation on Jan. 18.