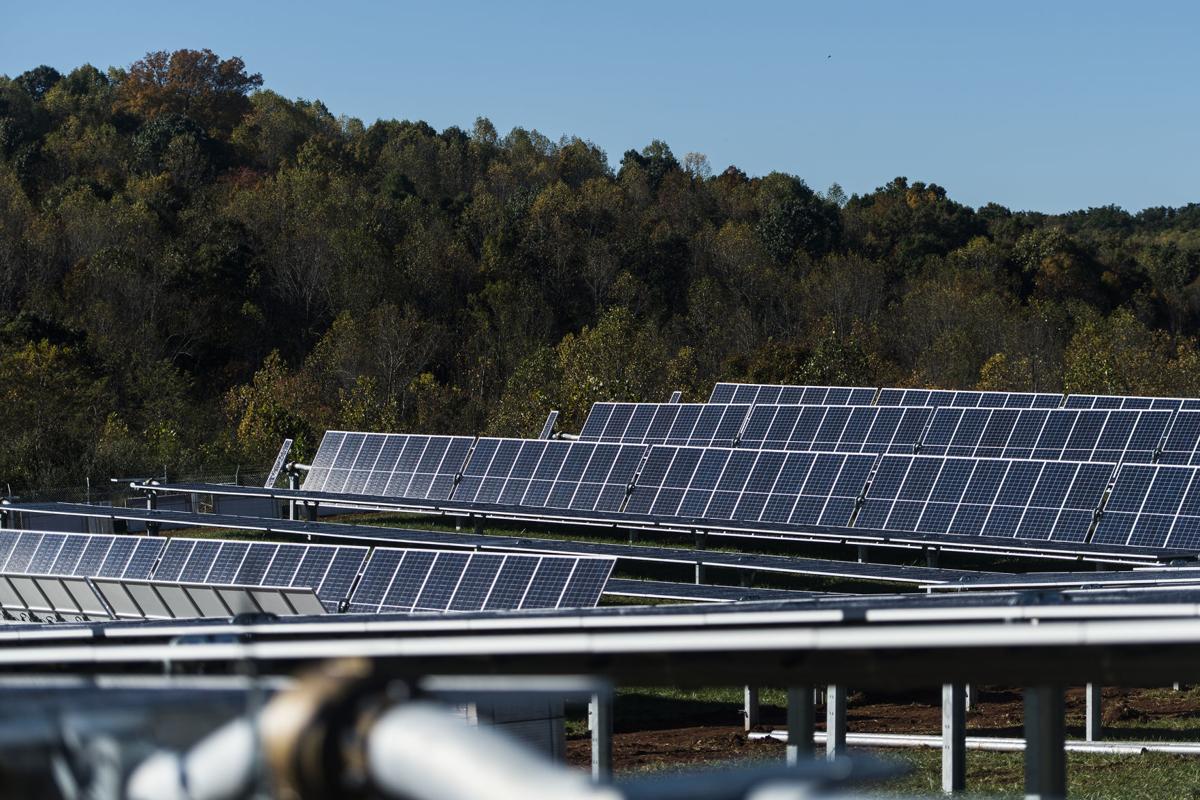 Residents can expect another solar farm to come to Campbell County, the latest in a rising trend, after supervisors approved a solar facility Thursday night.

Caden Energix has 10 projects in various stages of development across Virginia.

“We’ve got a fairly big footprint,” said Ken Niemann, senior vice president of development for Caden Energix. And unlike some developers, Niemann said they “develop, build, own and operate” their solar farms. “We’re in it for the long haul.”

The project site is on two parcels totaling 1,107 acres, though the solar energy facility itself would be constructed on about 660 acres of the property. The amount of energy generated over the course of one year at the 60-megawatt facility would be enough to power about 12,500 single-family homes, according to Niemann.

It would connect to an existing Dominion Virginia Power transmission line running through the property — though Dominion will not necessarily be purchasing power from the project.

Caden Energix is leasing the land from Weyerhaeuser Company, which owns the parcels.

According to Niemann, the project does not yet have a contract in place for the power the site will produce, though they expect to find a buyer after all necessary permits are in place.

After obtaining supervisor approval Thursday night, Niemann said the next step is to begin the Permit-by-Rule application process from the Virginia Department of Environmental Quality. The PBR process provides for public participation, like identifying issues of concern and establishing a dialogue between residents and the project owner.

It is nearly impossible to find a buyer for the power until they have completed the permitting process, Niemann added, but he has no concerns a buyer will be hard to find.

There is strong demand for solar energy in the area, Niemann said, and the options are far from limited — the buyer could be Dominion, an industrial customer or they could even “sell into the grid itself.”

“That’s part of the evolution of developing a project like this,” Niemann said. “There’s a desire for solar panels in the state.”

With an initial capital investment of $90 million, they expect to generate $100,000 of revenue for the county in the first year alone, with revenue decreasing as the solar farm ages. The Gladys solar project is expected to contribute about $55,000 per year in property and other taxes to Campbell County over an anticipated 35-year life — ultimately, generating about $1.5 million in revenue for the county.

Supervisors did not have much discussion surrounding the solar farm’s approval, but confirmed proper vegetation and setback would minimize visual disruptions to surrounding neighbors.

Construction is estimated to begin in late 2020, with the site operational mid-2021. The project has a decommissioning plan that ensures Caden Energix will remove all structures and foundations, restore soil and vegetation and provide the necessary financial resources after the project’s life is up.

Also on Thursday night, Campbell County supervisors heard and unanimously approved a request from the Crown Orchard Company, LLC, to operate a tourist house in the existing manor house at Lakewood Farm on a short-term basis through Airbnb and Vrbo. The house sits on 967 acres on Orchard Drive, a few miles outside of Rustburg.

The seven-bedroom manor would either be operated as a tourist house or as a rooming house — the latter meaning a member of the partnership would live on the property and supervise the short-term rentals.

Though short-term rentals are currently a contentious issue in the county — with one short-term rental request removed from the agenda on Thursday night after the applicants faced unanimous denial from the planning commission last month — Spring Hill District Supervisor James Borland said Crown Orchard's request was approved because it is on an immense property, rather than a single-residence home in the middle of a suburb.

The Campbell County Board of Supervisors will meet next on Dec. 3.

"With an initial capital investment of $90 million, they expect to generate $100,000 of revenue for the county in the first year alone, with revenue decreasing as the solar farm ages."

Something has to off with those numbers.

At this rate you may as well burn paper money for heat.