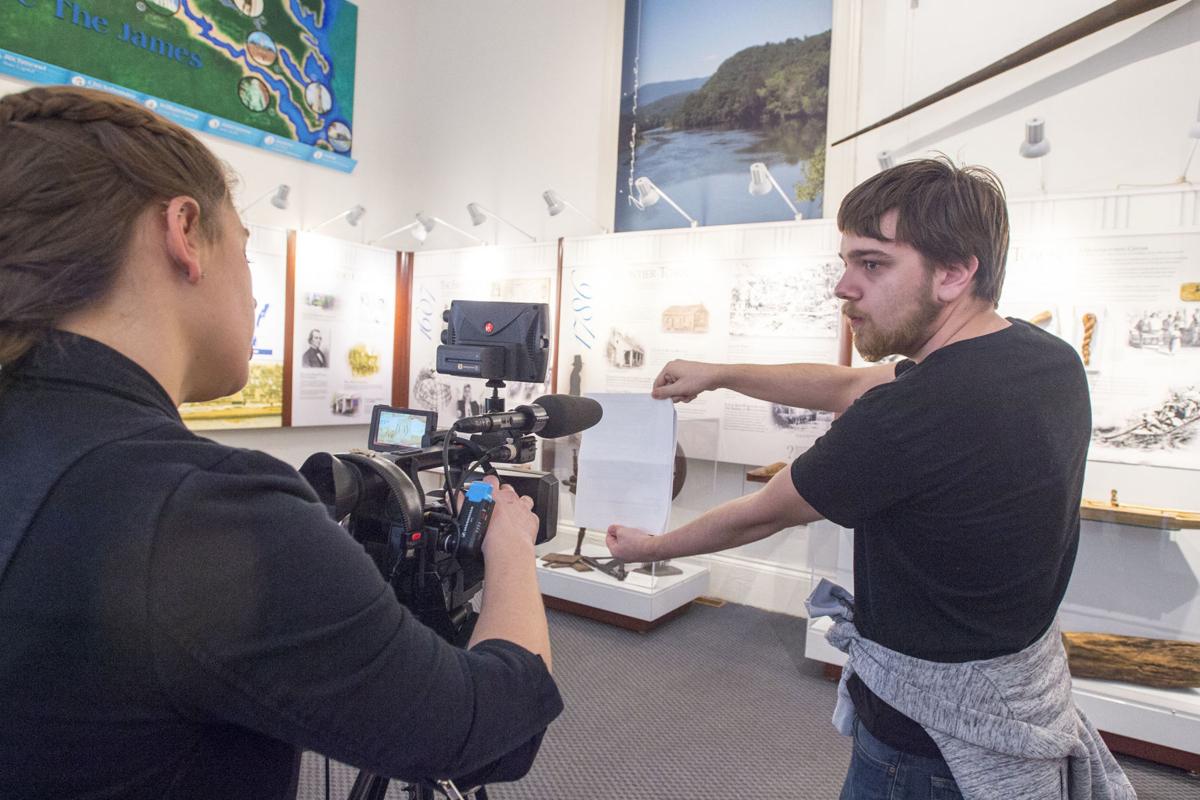 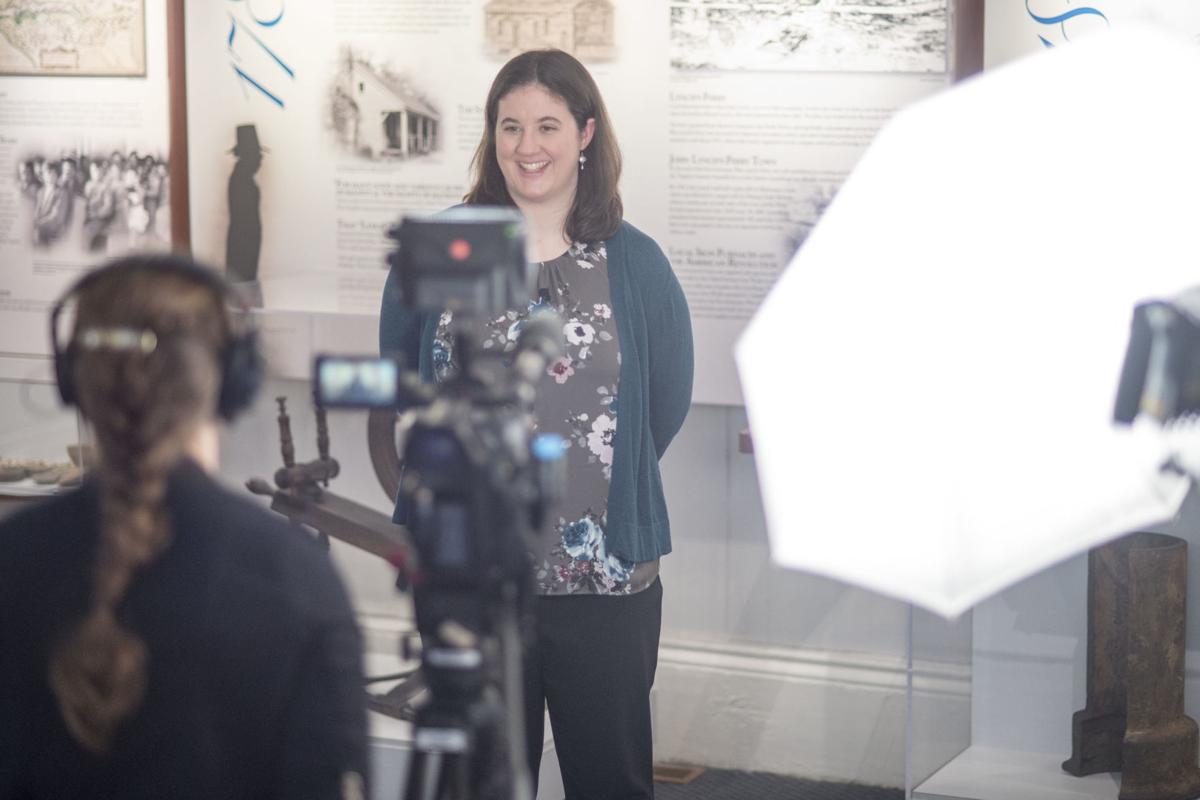 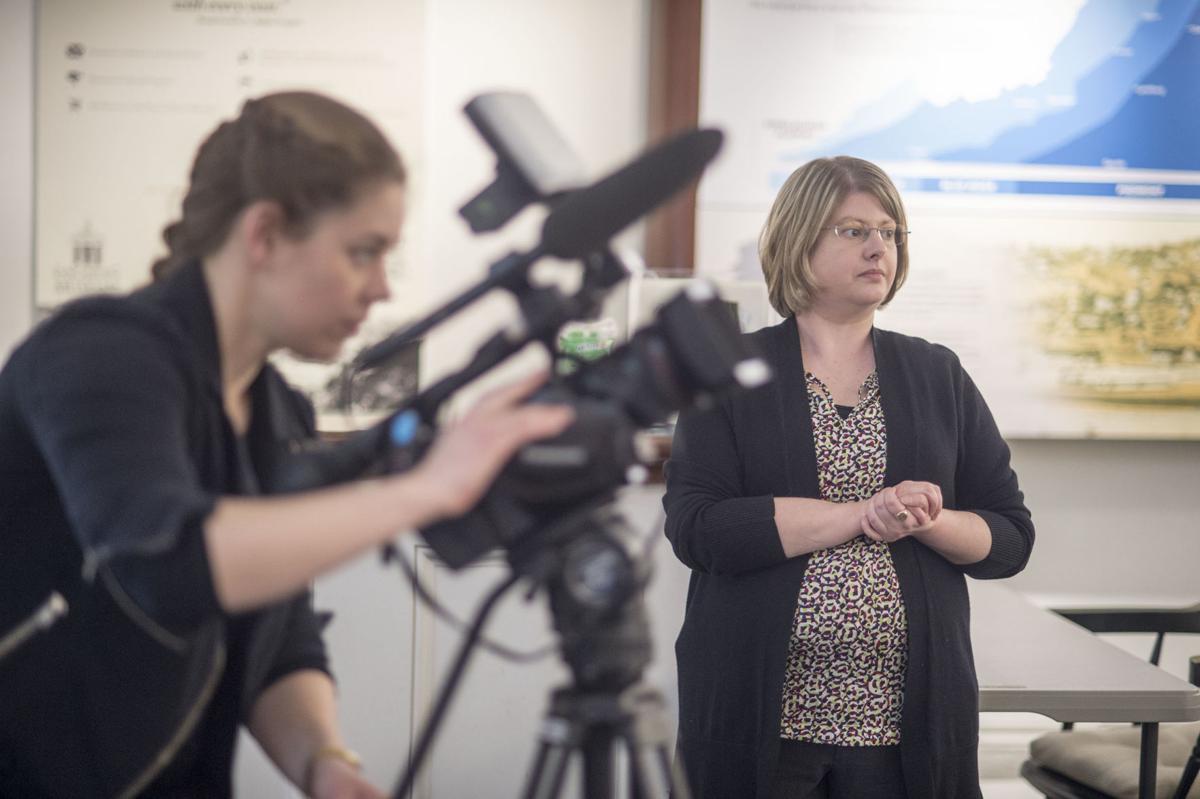 For most people, C-SPAN is a TV channel purely for die-hard political junkies and journalists who want to watch live, unedited feeds of democracy in action.

But the network known for broadcasting “gavel-to-gavel” coverage of Congress regularly leaves the walls of the Capitol building to produce long-form documentary content on history and literature from around the country.

This week a crew from the network is spending five days touring the Hill City, visiting historical sites and interviewing local experts on Lynchburg history for its 2018 Cities Tour. Running since 2011, the series takes C-SPAN2’s Book TV and C-SPAN3’s American History TV on the road and crews spend a week in one city in order to prepare an entire weekend’s worth of content about the area for the two channels.

C-SPAN Producer Ashley Hill, who is part of the crew visiting Lynchburg, said the series focuses on small to mid-sized cities that might not be as well known to viewers but still have interesting literature and historical sites to highlight.

For the programs on Lynchburg set to air the weekend of Feb. 17-18, Hill and her crew will be creating segments on subjects such as Lynchburg astronaut Leland Melvin and his book “Chasing Space,” Robert Walter “Whirlwind” Johnson and how he coached the first two black Grand Slam tennis champions here in Lynchburg and the history of Jerry Falwell Sr. and the founding of Liberty University.

“The history of Lynchburg has had far-reaching effects nationally,” Hill said. “You have a tie to Thomas Jefferson, you have Civil War history, and you have the history of integration of tennis that has affected American and the tapestry of our history nationwide. This is our opportunity to introduce to the rest of the country what makes a city like Lynchburg so interesting.”

Another segment Hill is especially excited to shoot is about Anne Spencer, a famous black poet who worked at the segregated Dunbar High School in Lynchburg as a librarian and had connections with early 20th century black intellectuals such as Langston Hughes, George Washington Carver and W.E.B. Du Bois.

“She had a big tie to the Harlem Renaissance, she hosted so many important people in her [Lynchburg] home, she was a great civil rights activist and she was the first African American woman to be published in the Norton Anthology of American Poetry,” Hill said. “To have somebody who was that influential and to tell her story, it’s exciting as a journalist, but also as a viewer I’m excited to watch it.”

C-SPAN’s Cities Tour has two crews, one for the East Coast and one for the West Coast. According to Hill, the crews each visit one or two cities each month. While the content in the cities plays into the choice, it also comes down to the logistics of planning routes for crews to move from one city to another as they travel the country.

“This is an awesome opportunity and we’re really glad they chose us and we’re happy to help them in any way,” Kristen Boothby, the marketing and public relations coordinator for the city of Lynchburg’s Office of Economic Development and Tourism, said. “It’s awesome that they’re going to be here for a week, visit lots of different restaurants and show off the city. I think this is going to be really awesome.”

Although the majority of the research for the program was conducted in the last few weeks, Hill said she enjoys working in small cities because people can easily refer the crew to additional sources and story ideas while they are in the area.

“In a town the size of Lynchburg, you meet someone and they say, ‘I know this story, but I know this other person you should talk to’ so it’s like this great human treasure hunt that we do,” she said. “It’s really lovely.”

For the Civil War history, C-SPAN will be venturing out of Lynchburg to visit Appomattox Court House National Historical Park; the network also will tour Lynchburg College’s Historic Sandusky to do an in-depth segment on the home and how it ties into Civil War-era Lynchburg.

Historic Sandusky’s Executive Director Greg Starbuck, who has watched previous episodes of C-SPAN’s Cities programming, said he is excited about the crew coming to the home and the final product.

“They’re going to be here for several hours so we’re going to go deep into a different number of stories, artifacts and a tour of the house,” Starbuck said. “They do a really good job with these sorts of videos. I applaud them for digging deeper into the second and third layers of local American history.”

C-SPAN's Lynchburg programs will air the weekend of Feb. 17 and 18.

Long-neglected court of tennis pioneer reclaimed for history in Lynchburg

The outdoor work taking place at 1422 Pierce Street this summer turned out to be more than just a construction project. It was a resurrection.