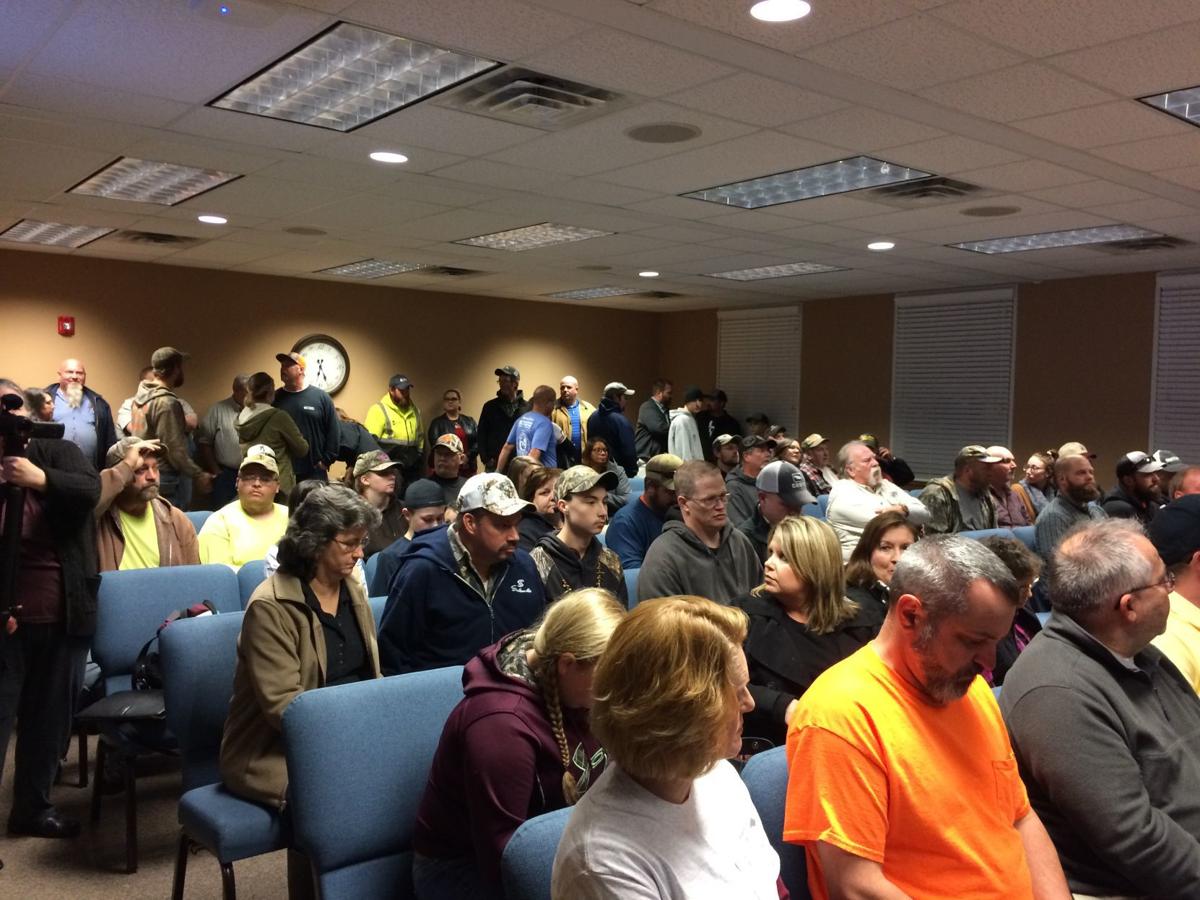 Residents crowd into the Appomattox Board of Supervisors board room on November 18, 2019 to show support of declaring Appomattox County a "second amendment sanctuary." 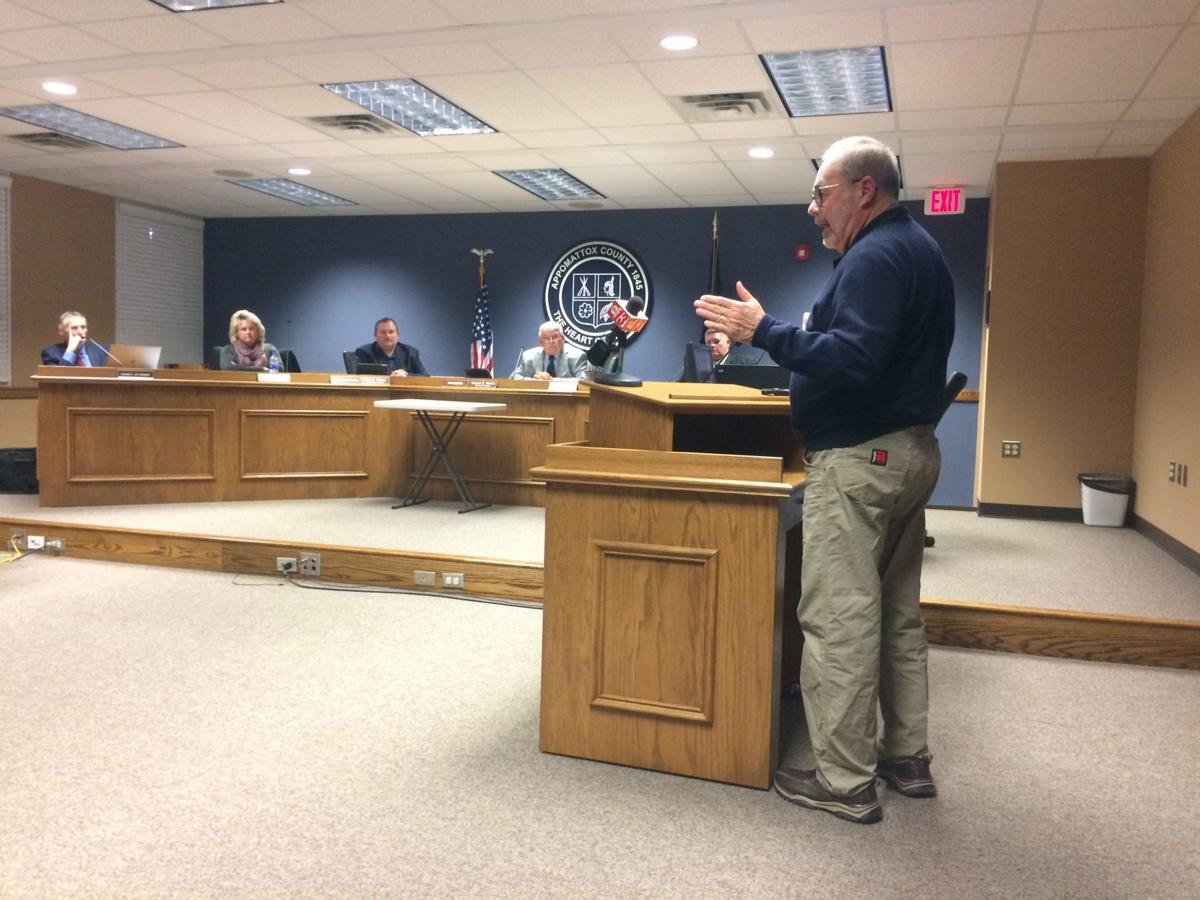 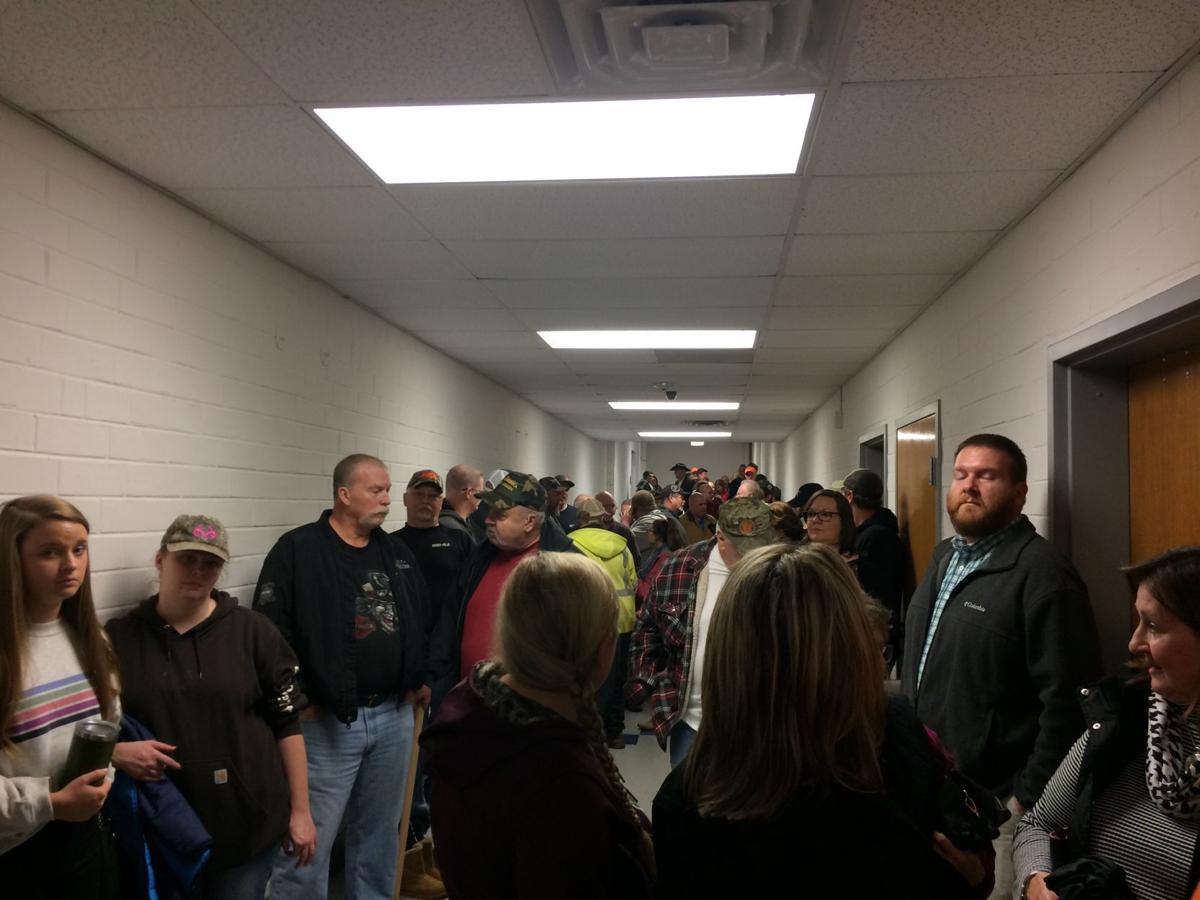 Residents line the hall outside the Appomattox Board of Supervisors board room on November 18, 2019 to show support for declaring Appomattox County a "second amendment sanctuary."

Residents crowd into the Appomattox Board of Supervisors board room on November 18, 2019 to show support of declaring Appomattox County a "second amendment sanctuary."

Residents line the hall outside the Appomattox Board of Supervisors board room on November 18, 2019 to show support for declaring Appomattox County a "second amendment sanctuary."

Following a trend rippling across Virginia counties, Appomattox County has declared itself a “Second Amendment Sanctuary,” uniting behind its intention to “oppose unconstitutional restrictions on the right to keep and bear arms.”

The declaration comes in the wake of Campbell County’s Nov. 7 resolution naming itself a “Second Amendment Sanctuary” — inspired by Carroll County’s similar resolution in April. Several other localities across the state plan to consider the topic in coming weeks.

The Appomattox County Board of Supervisors unanimously passed the resolution to the applause of the more than 100 people who had crammed into the board room Monday night. Every seat was filled, and dozens stood against the walls of the room to show support for the resolution.

Appomattox residents showed up in full force, and some people even came from counties away. For many it was their first time at a board of supervisors meeting, spurred to action by the threat of the newly elected Democratic majority in the statehouse.

“This is the silent majority,” said Troy Carter, gesturing at the crowd filling the hall outside the board room doors. “And they’re waking up.”

Carter is a resident of Amelia County, whose board plans to discuss the topic in the coming days, according to Carter.

He said the issue has snowballed during the past week and a half, and residents are mobilizing to defend their second amendment rights from any potential state legislation they feel would limit their rights to keep and bear arms. Carter noted the resolution was largely symbolic.

“These delegates do not hold our beliefs, they don’t know what its like to be out in the country,” Carter said. “If something happens in the country, we have to defend ourselves.”

Appomattox resident Jeff Brown said he spent the day rallying folks at Kroger and Walmart, informing them of the resolution being considered by the Appomattox supervisors, and encouraging them to show their support.

“He wants to take [our guns] away,” Brown said of Gov. Ralph Northam’s intention to pass gun legislation at the start of the new year. “It has to stop. I’m going to do whatever I can.”

Though the resolution is not legally binding, it does convey the county’s “intent that public funds of the County not be used to restrict Second Amendment rights” and their intention “to oppose unconstitutional restrictions on the right to keep and bear arms through such legal means as may be expedient, including without limitation, court action.”

Appomattox County Attorney Tom Lacheney said the resolution serves to reaffirm the board’s support and belief in its constitutional right.

“There is nothing the governor can do about our resolution,” Lacheney said. “Whether the governor goes about trying to usurp rights, that is an issue that I’m sure we will have to face down the road.”

“When we were all elected, we all swore an oath to preserve, protect and defend the constitution, as well as our rights as citizens. Through this resolution, this board is keeping with that sentiment.”

After the unanimous vote, Appomattox resident Thomas Conrad told the board “you did the right thing.”

He compared efforts to restrict Second Amendment rights to George Orwell’s “1984,” saying they illustrate a “systematic situation where people’s freedoms were taken away.”

“You’ve got a vast majority of people here that are law abiding citizens, and yet we’ve got a legislature that wants to infringe on that and punish us,” Conrad said. “We cannot allow that to happen.”

The Appomattox resolution can be read at https://bit.ly/2O1u5PO.

In the wake of a landmark election that has cemented a Democratic majority in the statehouse for the first time in more than 20 years, the Cam…

"Carter noted the resolution was largely symbolic". Correct. You lost... Get over it.

No, Lynchburg and the counties that are supporting these proposals didn't loose anything. We elected conservatives and are now demanding that our constitutional rights be respected, even by those who were bought by Bloomberg. You may support guns being confiscated, and law abiding citizens becoming felons by decree but what skin do you have in the game? You get to cheerlead others doing your bidding, by gun point. You are an outlier here, you clearly would fit in better in Liberal citys, so do us all a favor and leave. But you won't will you? Because paying lower taxes, dealing with less crime and getting to live around law abiding people sounds a lot better doesn't it. You love benefiting from conservative values, and policy's while steadily advocating to turn this area into the same cesspool you came from. Go home Yankee.