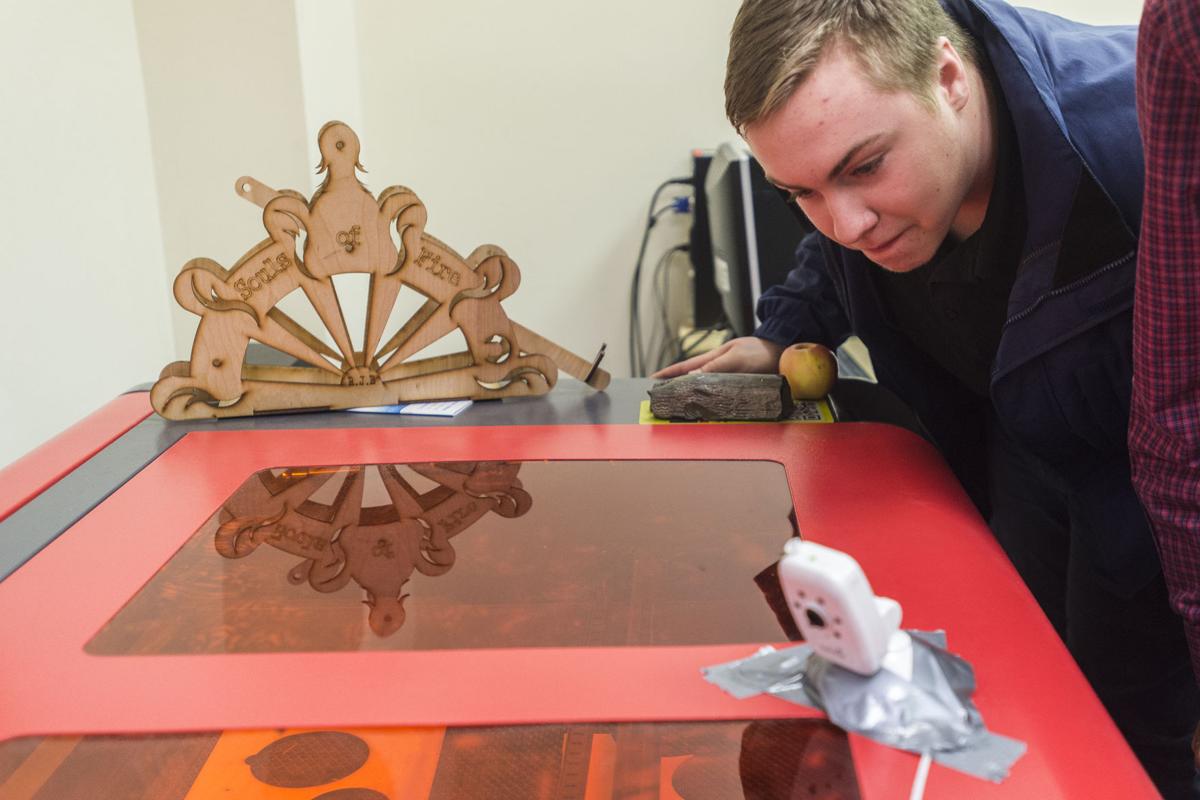 Appomattox Christian Academy senior Zach Brady, 17, watches as a laser etches an image into wood with a laser on Tuesday Dec. 5, 2017 in Appomattox, Va. Photo by Lathan Goumas. 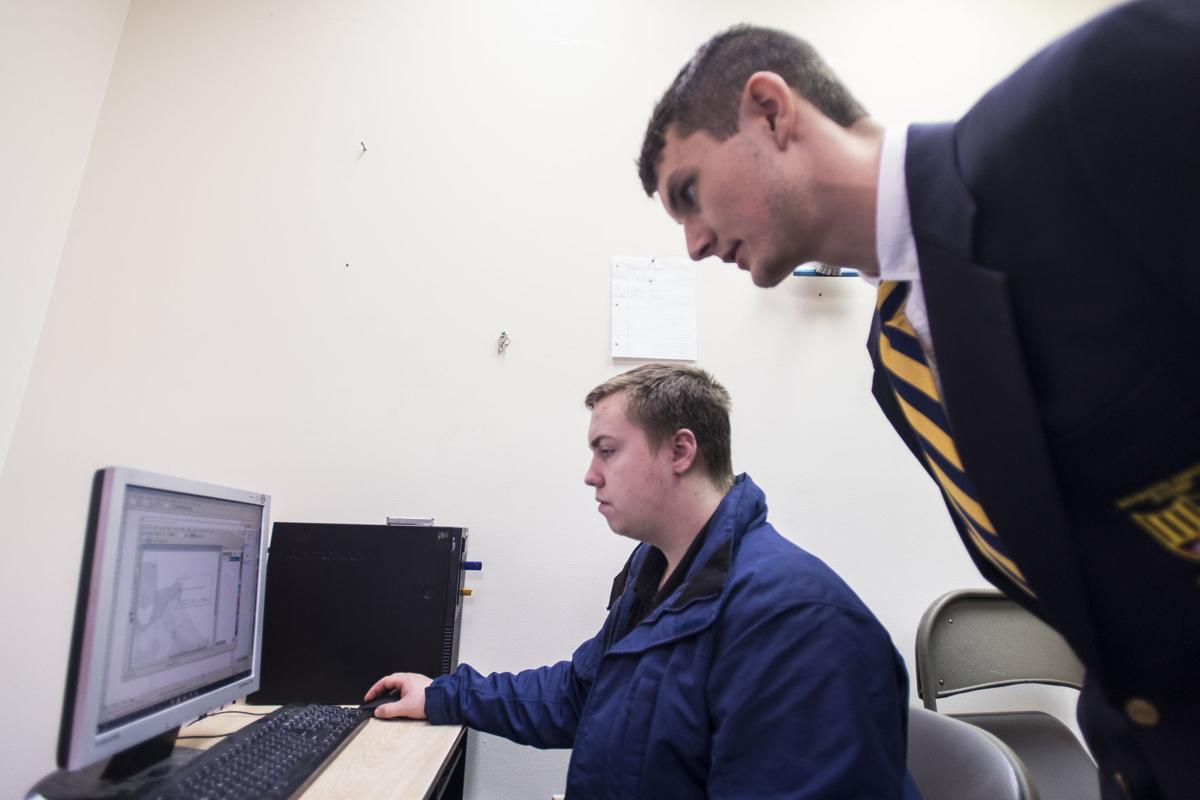 Appomattox Christian Academy seniors Zach Brady and Christopher Coviello, both 17, use computer software to program a laser to create a wood etching on Tuesday Dec. 5, 2017 in Appomattox, Va. Photo by Lathan Goumas. 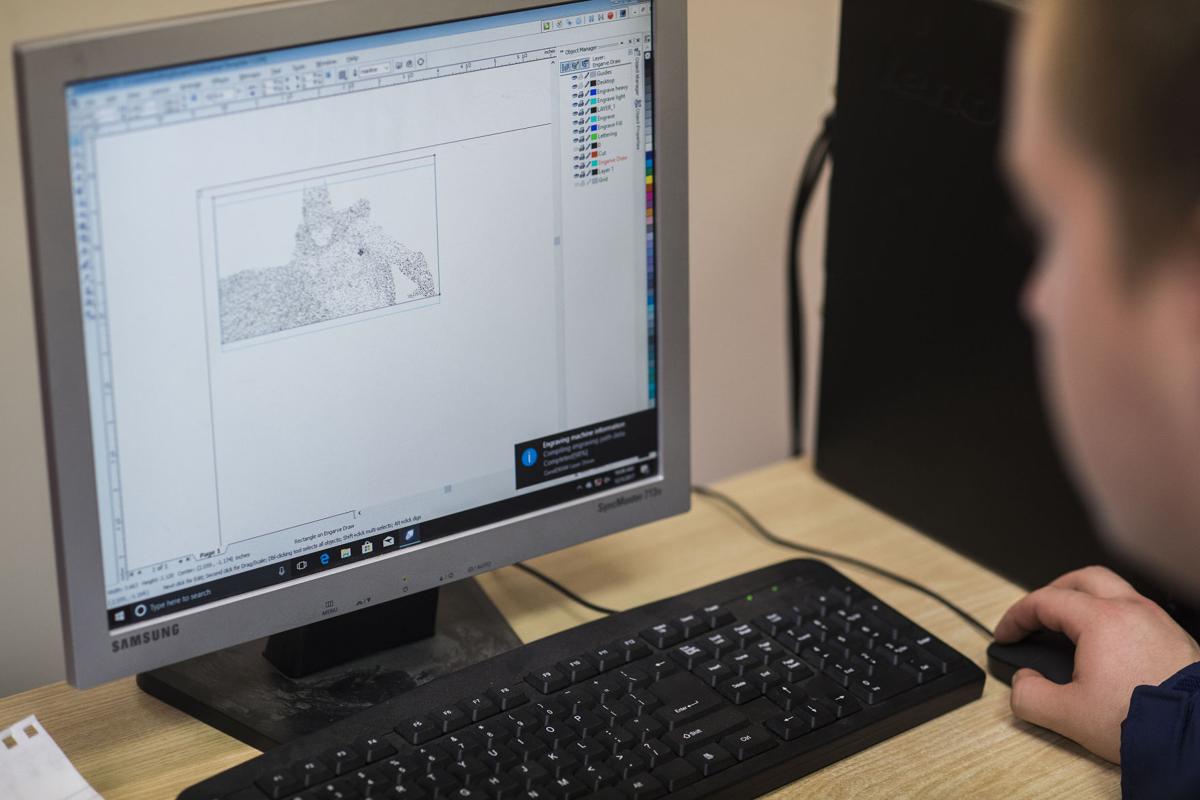 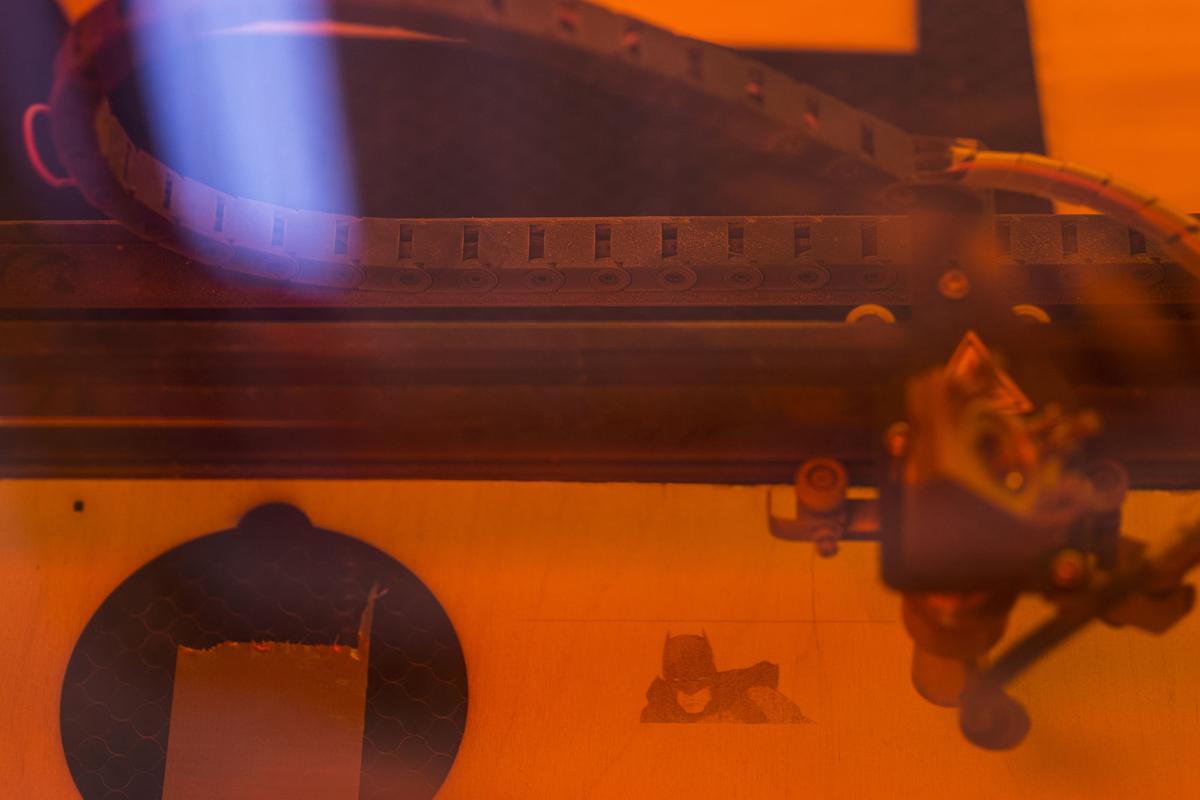 A laser etches an image into wood with a laser at Appomattox Christian Academy on Tuesday Dec. 5, 2017 in Appomattox, Va. Photo by Lathan Goumas.

Appomattox Christian Academy senior Zach Brady, 17, watches as a laser etches an image into wood with a laser on Tuesday Dec. 5, 2017 in Appomattox, Va. Photo by Lathan Goumas.

Appomattox Christian Academy seniors Zach Brady and Christopher Coviello, both 17, use computer software to program a laser to create a wood etching on Tuesday Dec. 5, 2017 in Appomattox, Va. Photo by Lathan Goumas.

A laser etches an image into wood with a laser at Appomattox Christian Academy on Tuesday Dec. 5, 2017 in Appomattox, Va. Photo by Lathan Goumas.

APPOMATTOX — In a backroom of Appomattox Christian Academy, Zack Brady decided to try something he had never done before.

He placed a small piece of wood into a high-tech laser cutting machine and pressed some commands on the nearby computer. The machine came to life, and as the laser zipped back and forth across the wood, a small 3D engraving of a coat of arms began to appear on the wood.

“It’s working,” Brady said, watching intently. “This will be the first time we have been able to engrave something that is actually three-dimensional. Before this, everything was just flat.”

Brady, 17, and three other students are part of Appomattox Christian Academy’s drafting and engineering program — known as Draft Engine — started four years ago that trains students to do mechanical drafting using Computer AidedDesign software, and use laser cutters and 3D printers to create and design different products.

The program is the brainchild of Mark Perry, the CEO of Perry’s Pianos in Concord. His business restores and tunes pianos, but he has big dreams of opening a piano factory in Appomattox that would manufacture a modern design of Perry’s design.

Perry hopes to continue the Appomattox Christian Academy program even after his planned piano factory opens so he can train students who might want a career working for him.

Using the program he has built a “think tank” of Brady, and two other design- and engineering-minded Appomattox Christian Academy students to develop a new process for building musical instruments made of modern materials, such as lightweight carbon fiber composites.

“If you could imagine how much the wages are in America in comparison to how much they are in China, there’s no point in building a mediocre piano in America,” Perry said. “To build it in America we need to build the best, but I also want it to be lighter, stronger and more cost effective.”

As Perry has been working on developing his piano design with other think tank members, he also has been working with the students at Appomattox Christian Academy to brainstorm ideas for the design, give students apprenticeship opportunities to do small fabrication jobs or work in his piano shop during the summer months.

“The partnership allows me to send work through to the students once in a while and for them to do it, and I don’t have to employ them, but I just pay them per job,” Perry said. “It’s part of the learning for them. They learn a skill, and I get the job done.”

“These materials are lightweight and strong, and they are going to take over the world someday,” Perry said. “And I want to bring that to Appomattox, and I want these kids to be with me while I do it.”

According to Appomattox Christian Academy’s Draft Engine Coordinator Jeannette Brady, who is also Zack Brady’s mother, there is a possibility for other students to go on a similar trip in the future but it depends on their interests.

While this trip is just a visit to the lab, Perry wants to get further involved with the company’s Academy for Carbon Fiber Arts & Sciences, a program that offers classes to train engineers and product designers in the latest carbon-fiber technologies used by Lamborghini.

“We’re hoping to create a method that changes how pianos are made, and we’re hoping Lamborghini can show us based on their 30 years of experience with composites,” Perry said. “No one is going to pay me to waste millions of dollars learning how to use these materials, but I don’t have to. Lamborghini has already done that for me.”

Brady and other Draft Engine students have designed and fabricated Christmas ornaments for local churches to sell for fundraisers and have more projects in the works to make things for interested businesses in the community.

For the first three years of the program, students only cut wood using the laser cutter. In the past few months, Brady has learned how to use it to engrave designs on Plexiglas, powder coated metal, tile, leather and even pieces of paper without it bursting into flame from the high heat of the laser.

Appomattox Christian Academy’s Head of School Stacey Torrence is pleased with the program and said it has added a lot of the school’s offerings for older students.

“It’s invaluable the lessons that are learned,” Torrence said. “It has been fascinating to see the program grow in development as well as seeing the individual students grow and be able to build talents and explore the gifts they have been given in a way that sometimes regular classroom would not allow them to have.”

In addition to the fact this is an opportunity for Perry to build his workforce and develop ideas for the piano design. He also decided to pursue this partnership to give more private school students experience with science, technology, engineering and math (STEM) education.

“I kind of insisted with my colleagues that we keep the school as part of the piano project for one reason,” Perry said. “Private schools really don’t have much for STEM programs, and they struggle to find ways to make that happen.

While Brady is interested in learning more about carbon fiber composites for the piano project, the most exciting part of the trip to the Seattle laboratory for him is the chance to meet some of the engineers who design Lamborghinis.