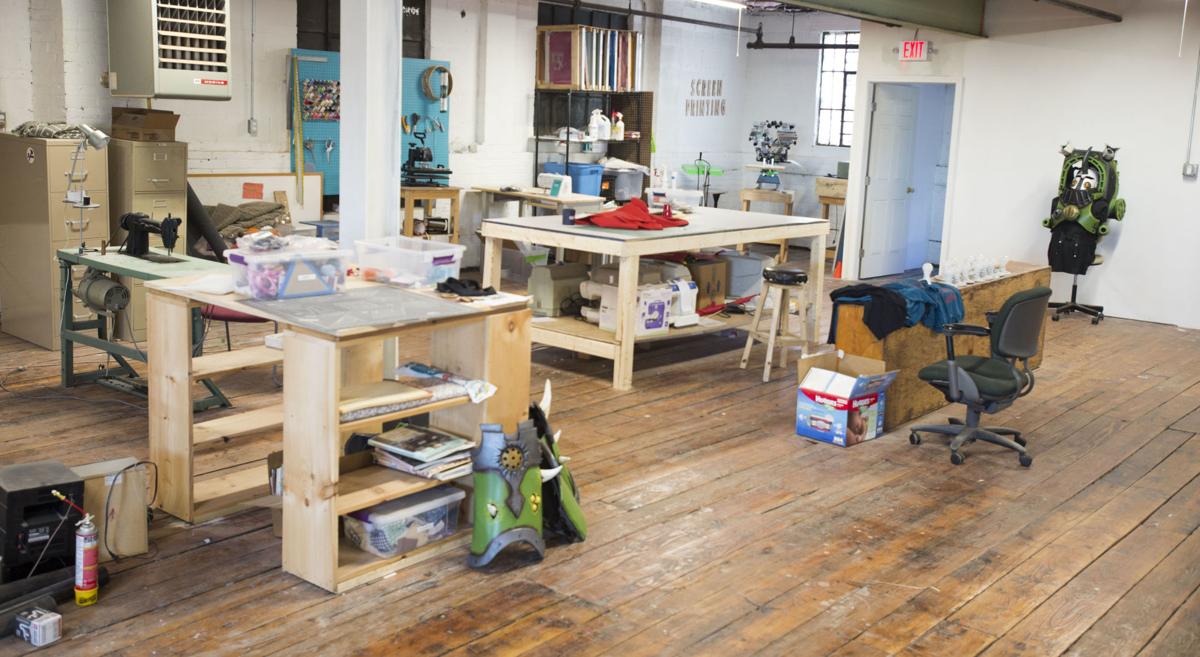 The second floor at Vector Space on July 9 in Lynchburg, Va. 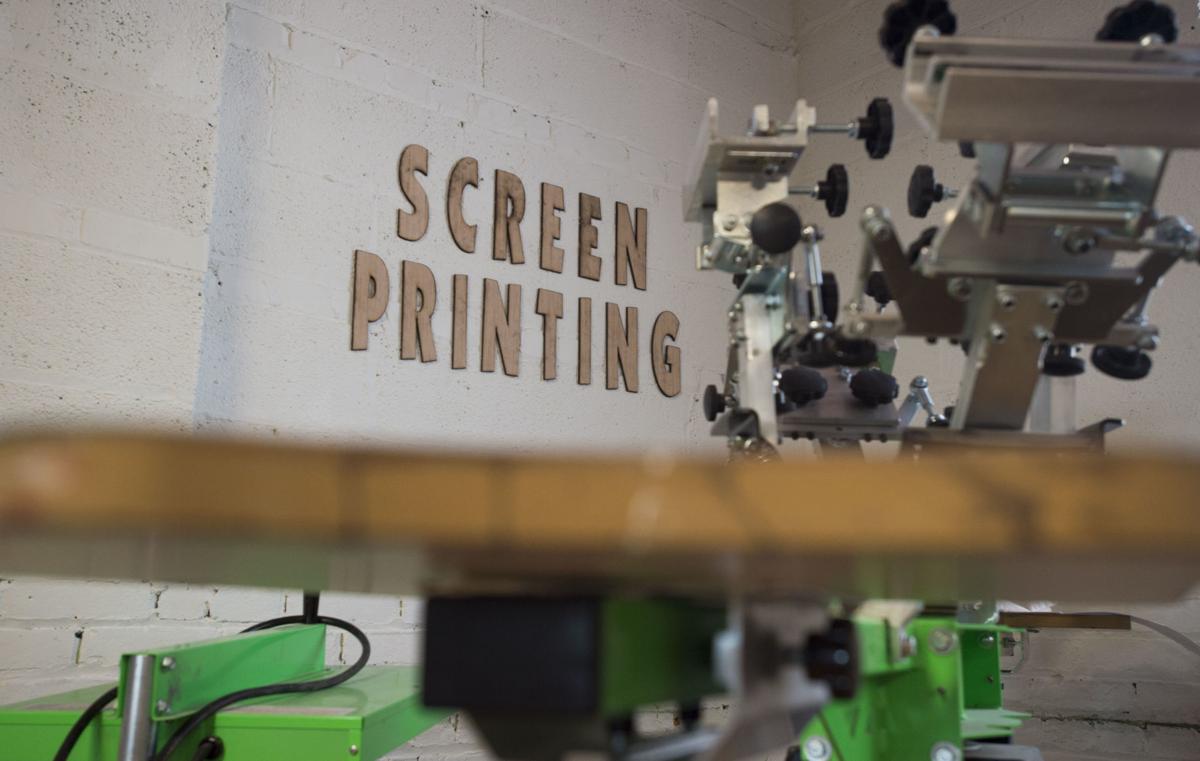 A screen printing station on the newly renovated second floor at Vector Space on July 9 in Lynchburg, Va.

After a year of planning, fundraising and renovating, Vector Space’s second floor is open for use of “clean and quiet tools” including sewing machines, textile work, 3D printing, laser cutting and classroom time.

Though fundraising for the expansion at 402 5th Street began last summer, owners Elise and Adam Spontarelli, and members of the maker space, finished the 4,000 square-foot second-floor renovations just last month.

The “make your own” space has offered classes and workshops to its 45 paying members and the public for two years.

The cost to move into the upstairs totaled $40,000. Spontarelli’s landlord put in $20,000 to install ceiling insulation and set up heating, venting and air-conditioning; Vector Space came up with the other half through donations and fundraisers.

“After going through the planning process, we settled on four major goals we wanted to focus on,” Bailey said.

Those goals include facility expansion, member engagement, educational outreach and organizational development for the board and staff.

“The facility expansion goal included the upstairs renovation, new tools and machines we would like to acquire and on creating an inviting and interesting appearance,” he said. “The completion of the upstairs renovation is a key strategic milestone for Vector Space, and we believe it will play a major role in our ability to build a community of makers and entrepreneurs.”

The space is fully functional but still needs a ceiling and plumbing to one water fountain.

With the help of some members, the space was renovated without going over budget, Elise Spontarelli said. The only outside help came from the installation of the HVAC unit and insulation.

The biggest challenge of the renovation was mainly just how big the space was and the condition of it.

“It’s so much space,” Elise Spontarelli said. “It was in rough shape.”

The fix-up included repairing the stairs, sanding and polishing the floors, replacing floorboards, installing lights, painting and putting up drywall.”

“Everything was being used in some capacity downstairs but it’s a lot easier to use now,” she said.

The space includes a computer and electronics lab, a popular four foot by three foot laser which can cut wood, leather, plastic and paper, as well as tools for stained glass work and a large format printer.

The Spontarellis said members often bounce from one trade to the next pretty frequently, which adds to the joy of having a space with so many options.

“Moving stuff upstairs allows more space for downstairs,” Elise Spontarelli said. “We are upgrading our lathe, getting tools for sheet metals, getting a forge for blacksmithing and a new band saw.”

Katrin Schenk, associate professor of physics at Randolph College, is using the newly renovated space to host a portion of the college’s coding camp for third through sixth graders.

The camp usually is held in the physics department computer lab and while the computing facilities are about the same, Schenk said it was great for the kids to be at Vector Space with the inspiring tools they have available.

At Vector Space the kids worked on programming small micro-controllers, called “microbits” to make obstacles for the robots used at the college.

“It was a fun place for the kids to be,” Schenk said.