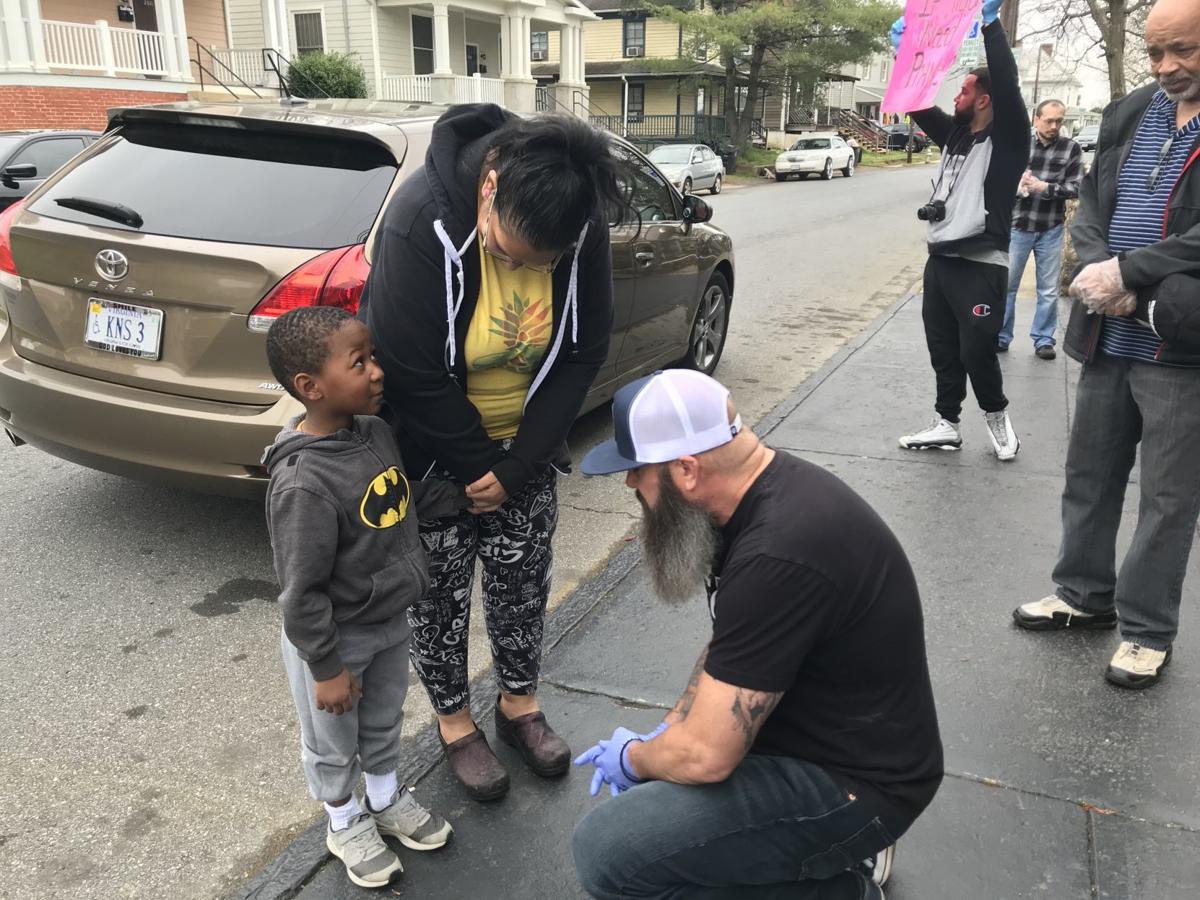 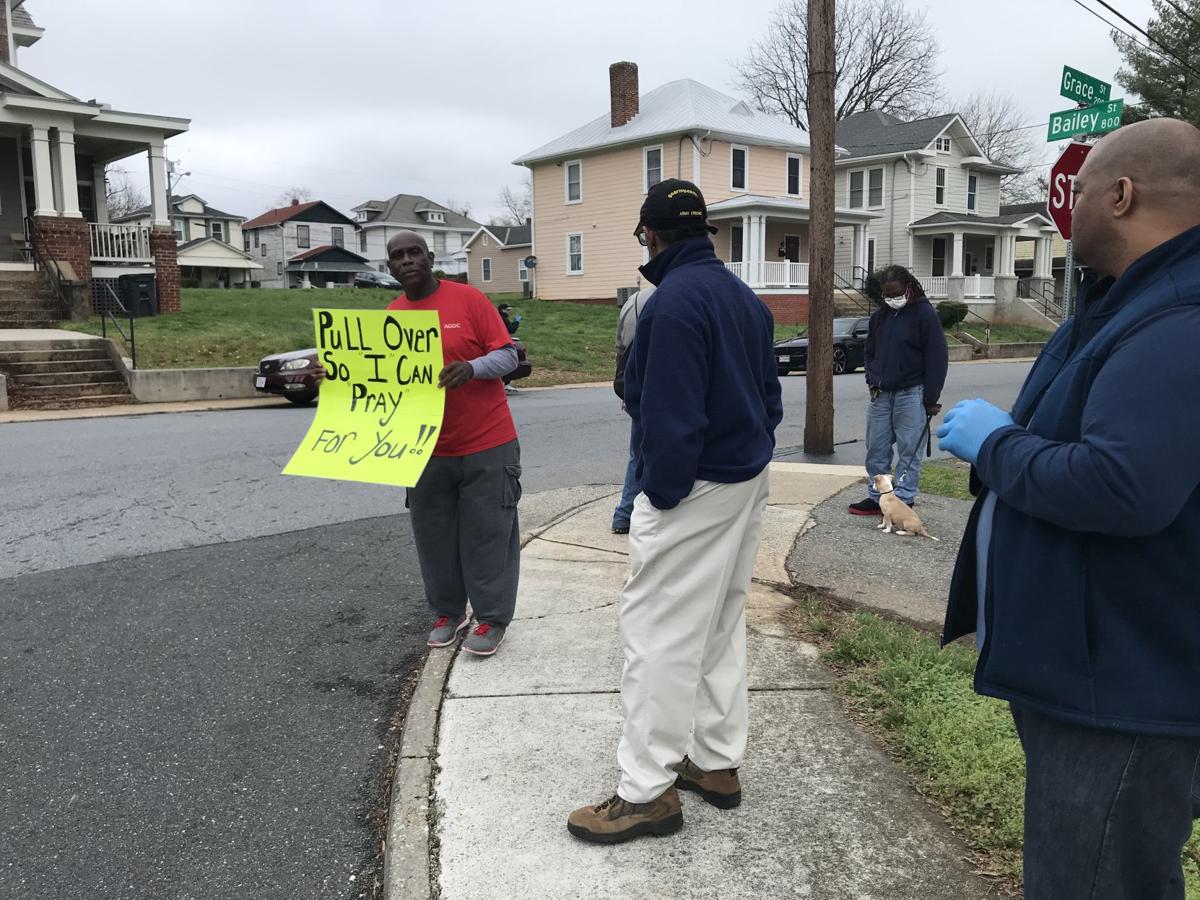 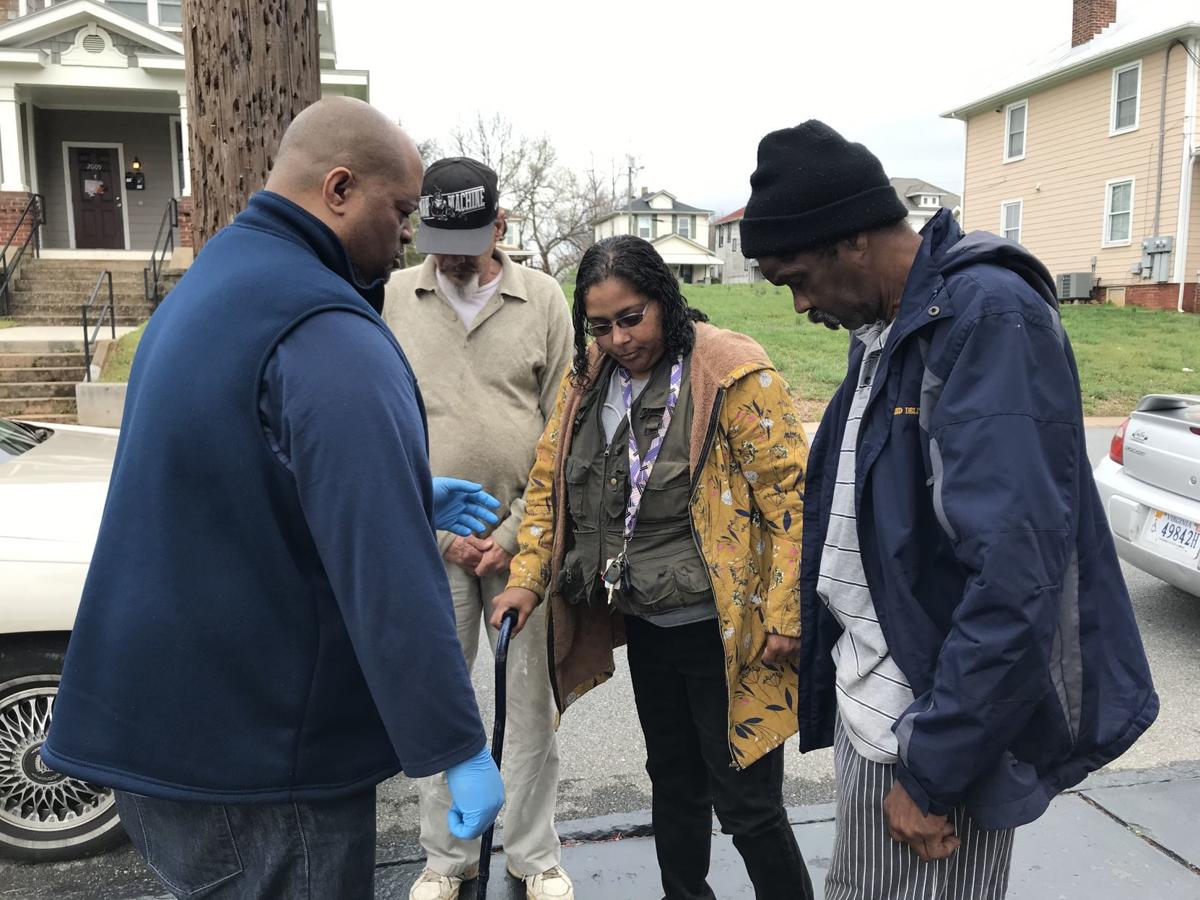 Amazing Grace Associate Pastor Tyrone Garland (left) leads community members in a prayer before they get their free hot dogs on March 21, 2020, at Amazing Grace Baptist Church in Lynchburg. 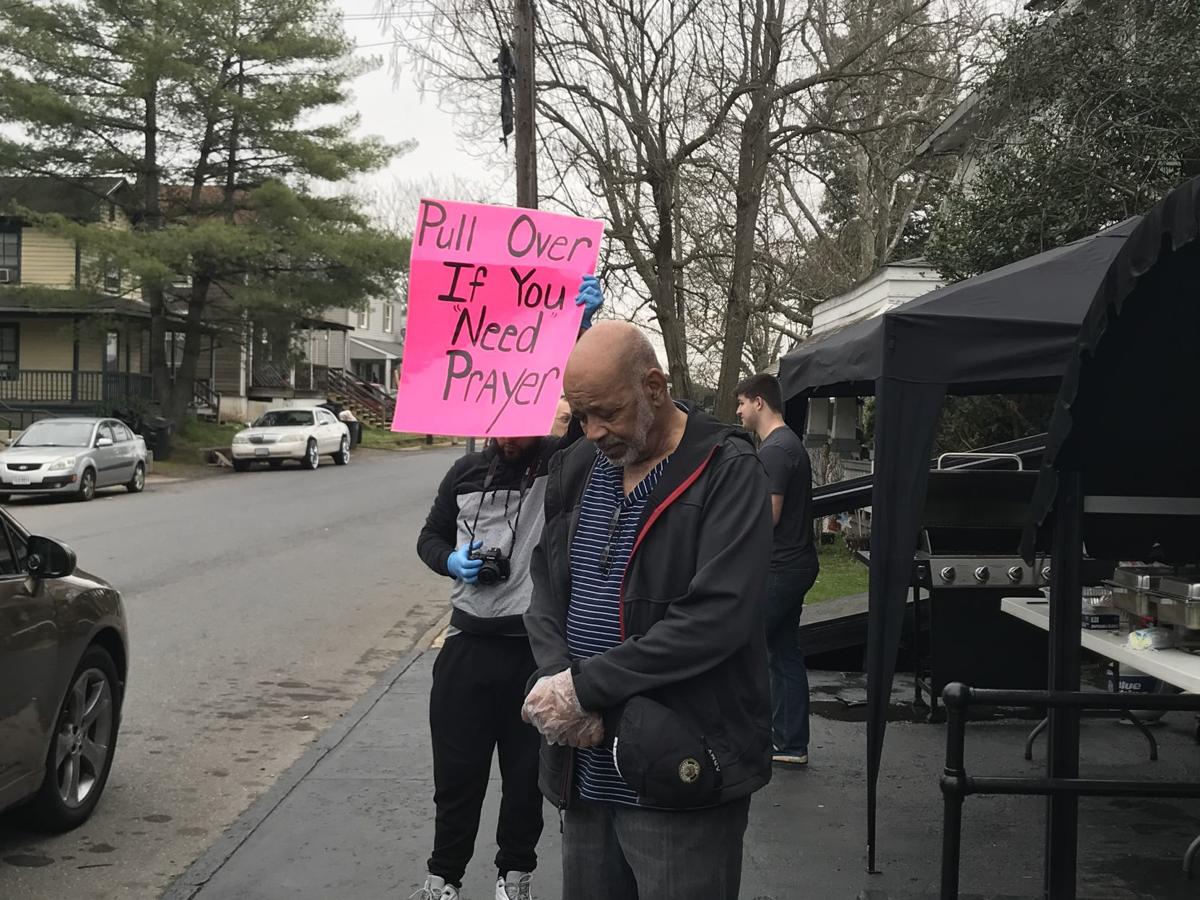 Amazing Grace Associate Pastor Tyrone Garland (left) leads community members in a prayer before they get their free hot dogs on March 21, 2020, at Amazing Grace Baptist Church in Lynchburg.

Pull over, grab a hot dog, say a prayer, drive off, repeat.

This was the scene that played out during a free barbecue at Amazing Grace Baptist Church on an overcast Saturday morning, only a day after the Central Virginia Health District — which covers Lynchburg and Amherst, Appomattox, Bedford and Campbell counties — confirmed the first case of COVID-19 in the area.

Tyrone Garland, associate pastor with Amazing Grace Baptist Church at 2012 Grace St., said despite the church not offering traditional services during this time, church leaders still wanted to give community members some sense of comfort.

"We’re praying with them today because during this time, anxiety levels are high, people are anxious and we just want to pray with them and let them know that God is with them," he said.

He said the fact that many grocery stores have empty shelves for some products — an issue the church encountered when trying to find supplies for the event — also inspired the Lynchburg church to have the drive-through barbecue and prayer service.

"We know that there’s a need in the community with the grocery stores running low," Garland said.

Richard Cabell Sr., a trustee with the church who also helped organize the event, echoed the community's need for assistance.

"With the schools being out, kids hungry, families home and can’t work, the community needs help … and we decided we wanted to do something for the community," Cabell said.

Garland said the drive-through service was a different approach the church decided to take to abide by the limit enacted by Gov. Ralph Northam on Tuesday banning gatherings of more than 10 people.

He added they also were being cognizant of trying to maintain a 6-foot distance from one another — breaking that occasionally when they gathered for prayer — in addition to the limit.

Larry Barbour, a member of the church, said what the church is doing is "a very beautiful thing" considering what's happening.

"… We need the fellowship. Instead of being a divided people, we need to come together as a whole.” Barbour said. “It [the event] offers a little comfort for a whole lot of people,”

Garland said the church and volunteers were taking precautions when it came to cleanliness and sanitation. He said they were equipped with gloves, hand sanitizer and masks should they need them.

Even with the first confirmed case of the coronavirus in the Lynchburg area, Garland said the church's mission to provide hope remains all the same.

"It makes it more mindful that it can hit anywhere ... but I still think we need to make sure that they have hope," Garland said of members of the community.

Volunteers from Lynchburg-based Crosspoint Church also were on hand to help with the event.

"I think once the word gets out to what we’re trying to do, we’ll get more support … I don’t really foresee a problem," Cabell said.