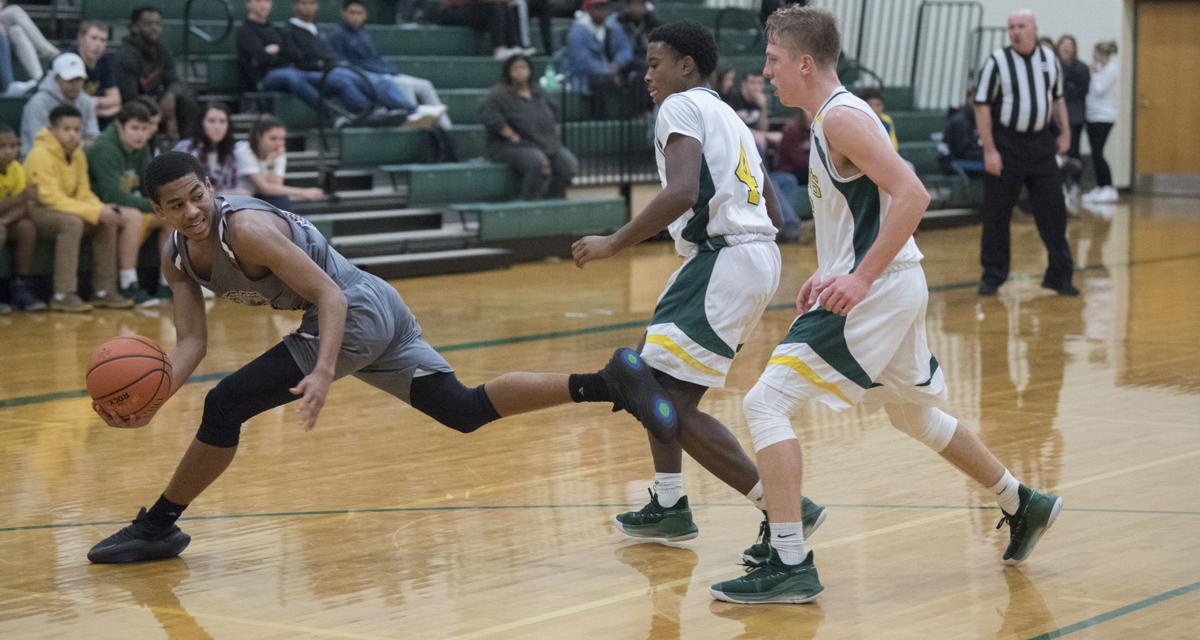 Lancer Marcus Rose looks for a open teammate while a pair of Nelson County defenders close in last week. 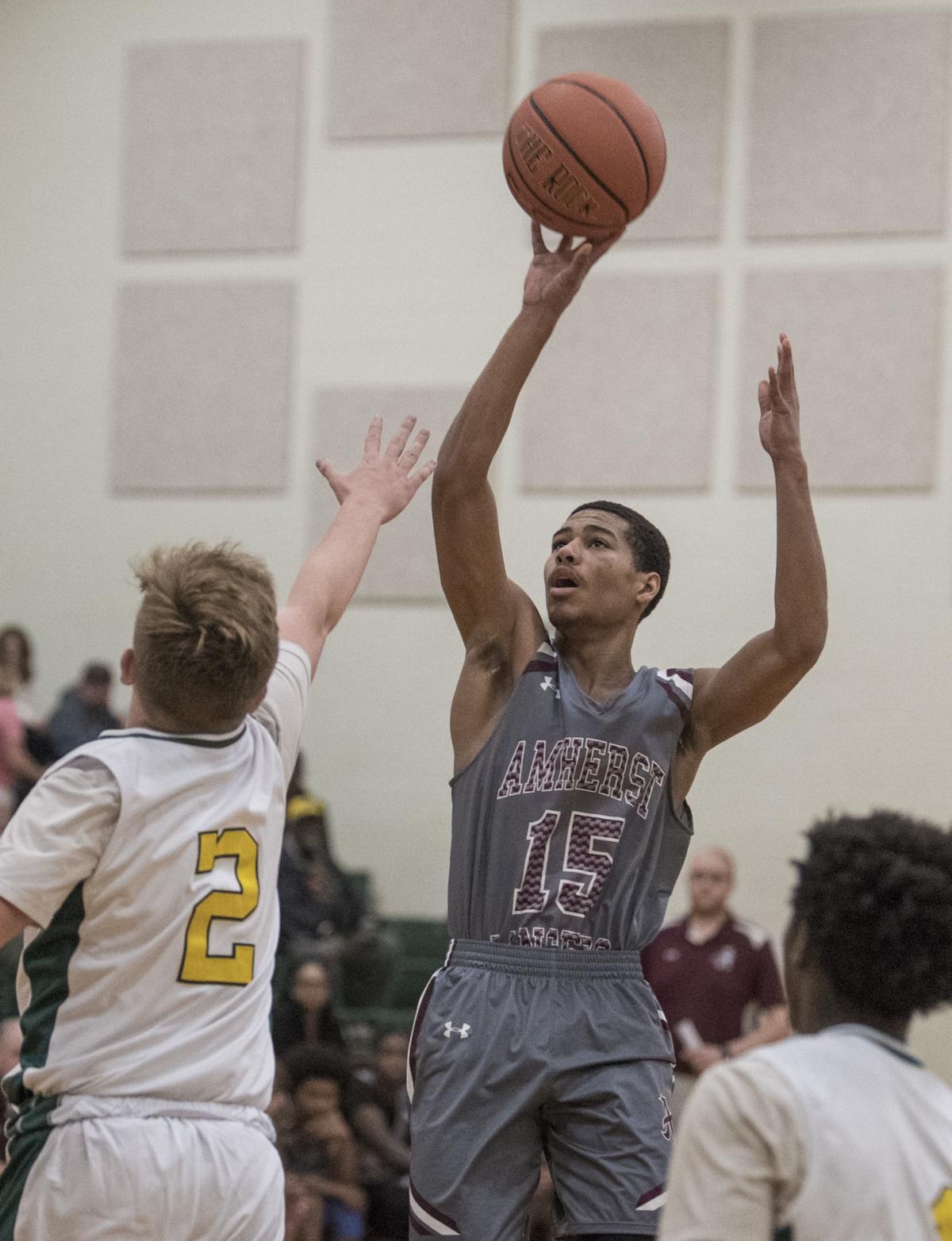 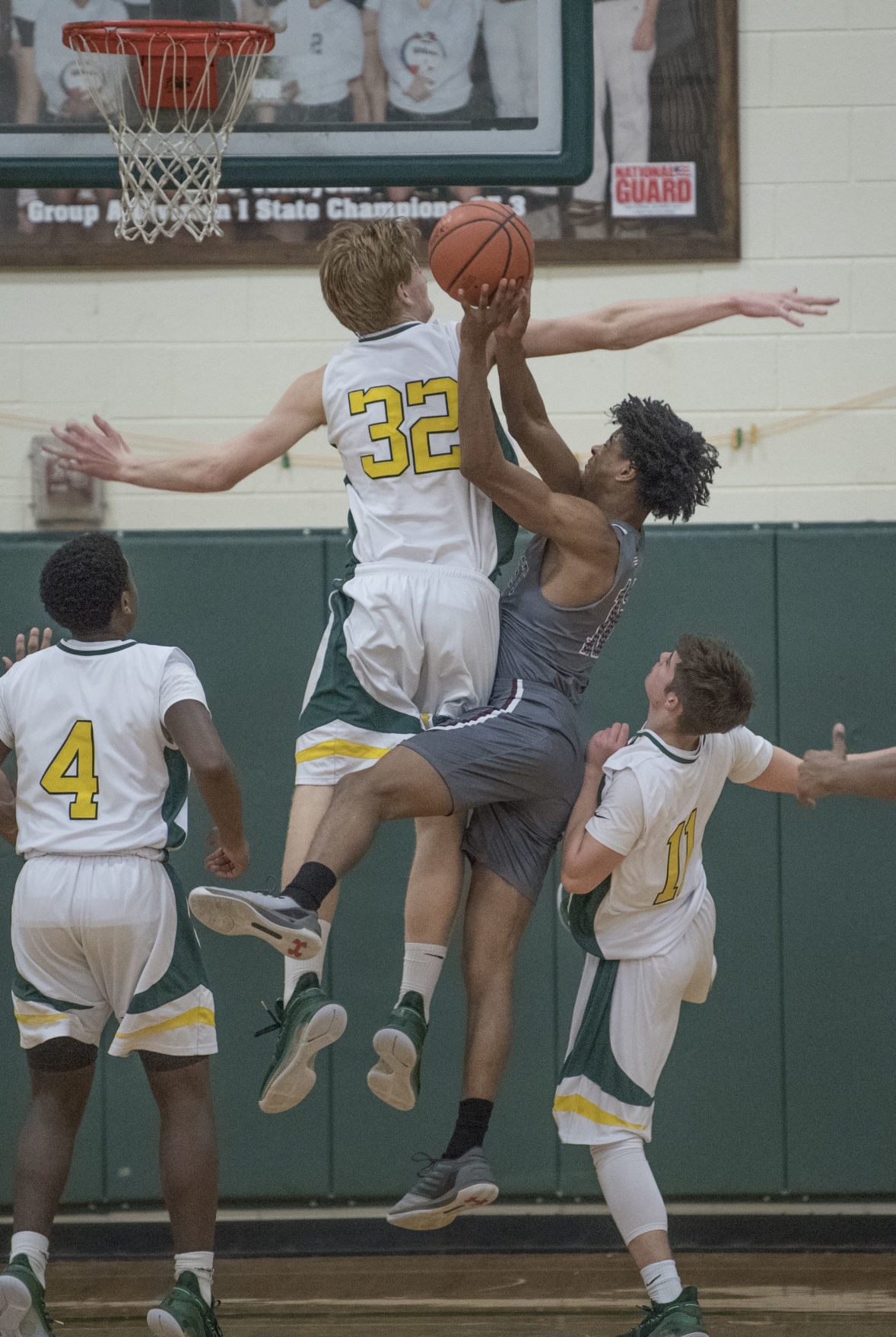 Lancer Marcus Rose looks for a open teammate while a pair of Nelson County defenders close in last week.

The Lancers and Govs basketball teams battled last Friday with the score flipping like pancakes until the Amherst boys pulled out a hard-fought 58-50 non-district win.

The first quarter ended with the Govs hanging on to a slim 16-15 lead before extending that margin to a 25-20 advantage.

“What a game! Back and forth, game was tight the whole game, and we were finally able to go on a run in the middle of the fourth in a really tough atmosphere,” said Lancer coach Segar Jordan. “We were 1-12 from three in the first half, and I knew we weren’t going to shoot like that the rest of the game. In the second half, we finally started to play some good defense, holding them to 6 points, and Eddie Jones and Brett Waugh were able to knock down some tough shots and seal the win with free throws.”

The Lancers committed 14 turnovers while the Govs posted six.

Things flipped to the Amherst side in the second half with the Lancers outscoring the Govs 38-25.

“We were just outplayed tonight. Amherst shot the ball better than we did 47.1% from the field to our 23.8%. They took advantage of all the easy basketball and we couldn’t connect on our shot or finish tonight,” said Nelson coach Brian Wilson. “Our kids played hard and realize that tonight was not a good night offensively for us. They understand that not every night will be like this. We had a great game defensively in the first half like we know we need in order to win games but were not executing great on defense in the second half. This is the first game of a long season and we still have high expectations for ourselves and will use our woes tonight as a learning experience and fuel to keep grinding.”

The Govs were led by Jaren Purvis and his 13 points, Houston Carter added 10 while Jamel Rose and Brice Wilson contributed eight points each.