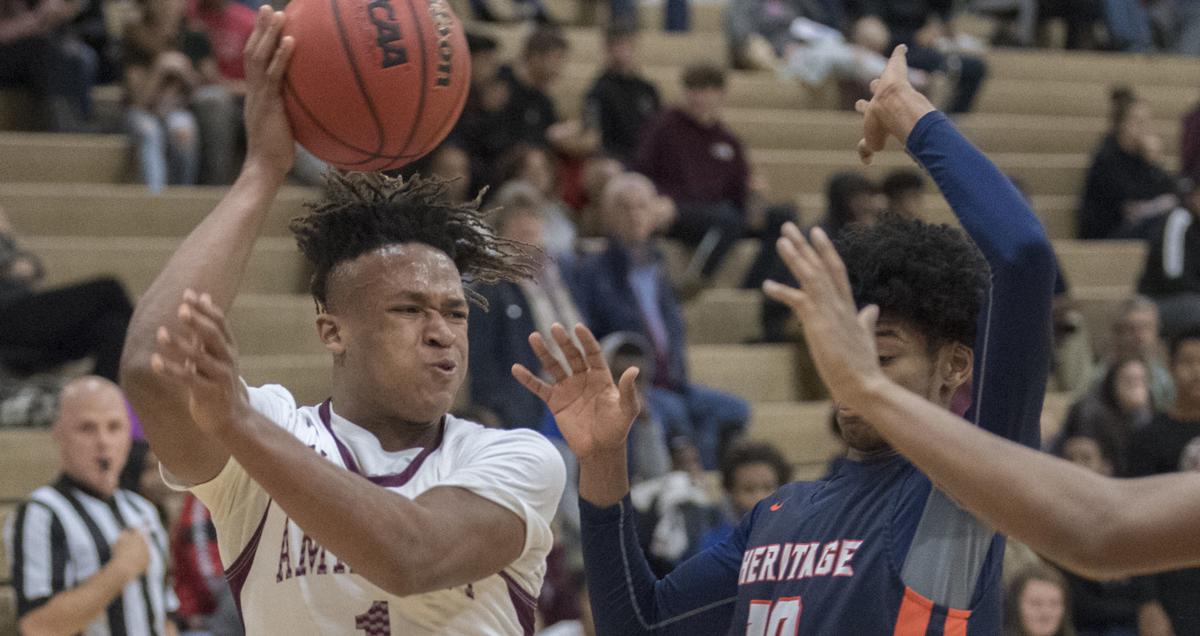 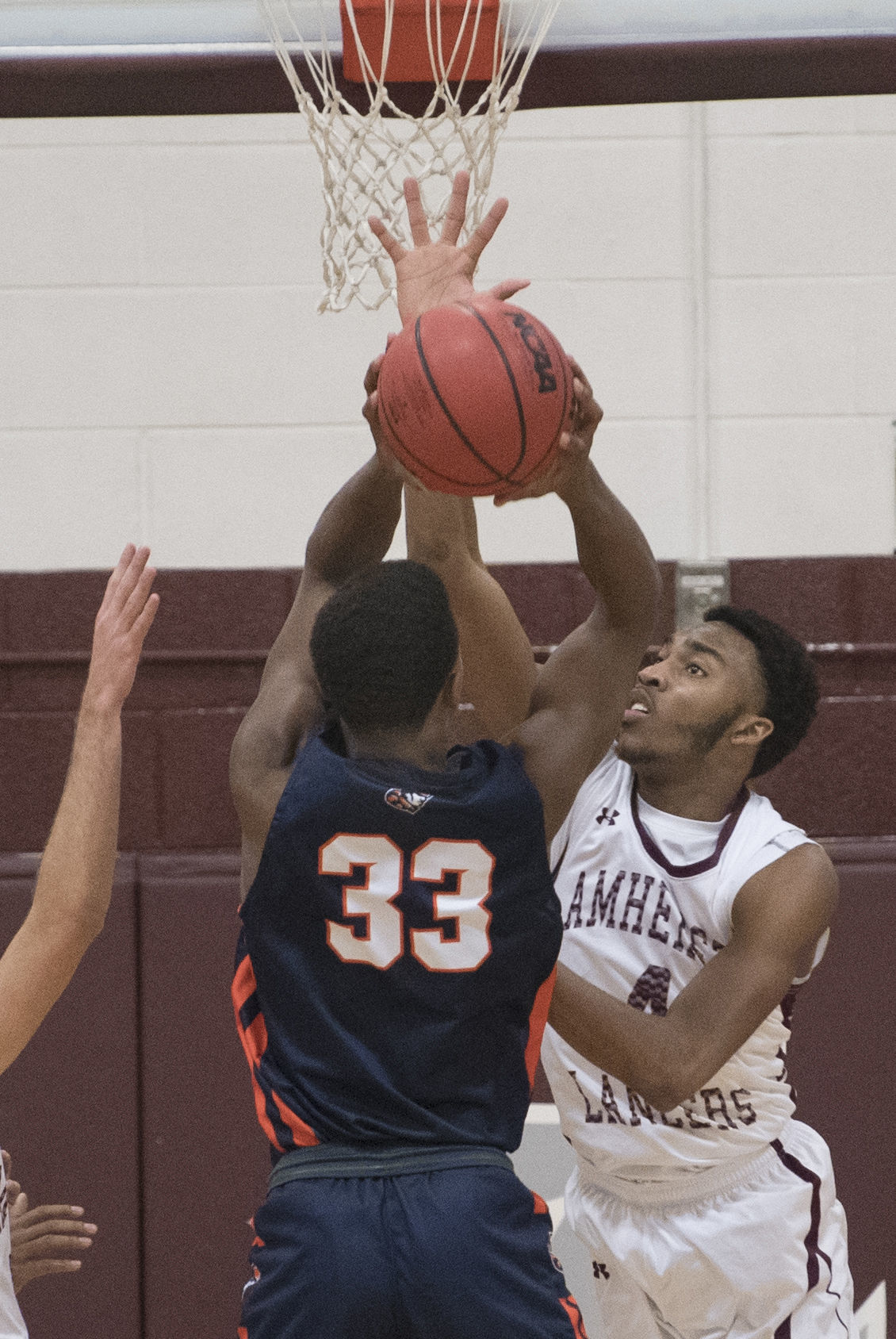 Lancer defender Jordan Hamlett gets his hand above the ball before a Heritage player gets off his shot. 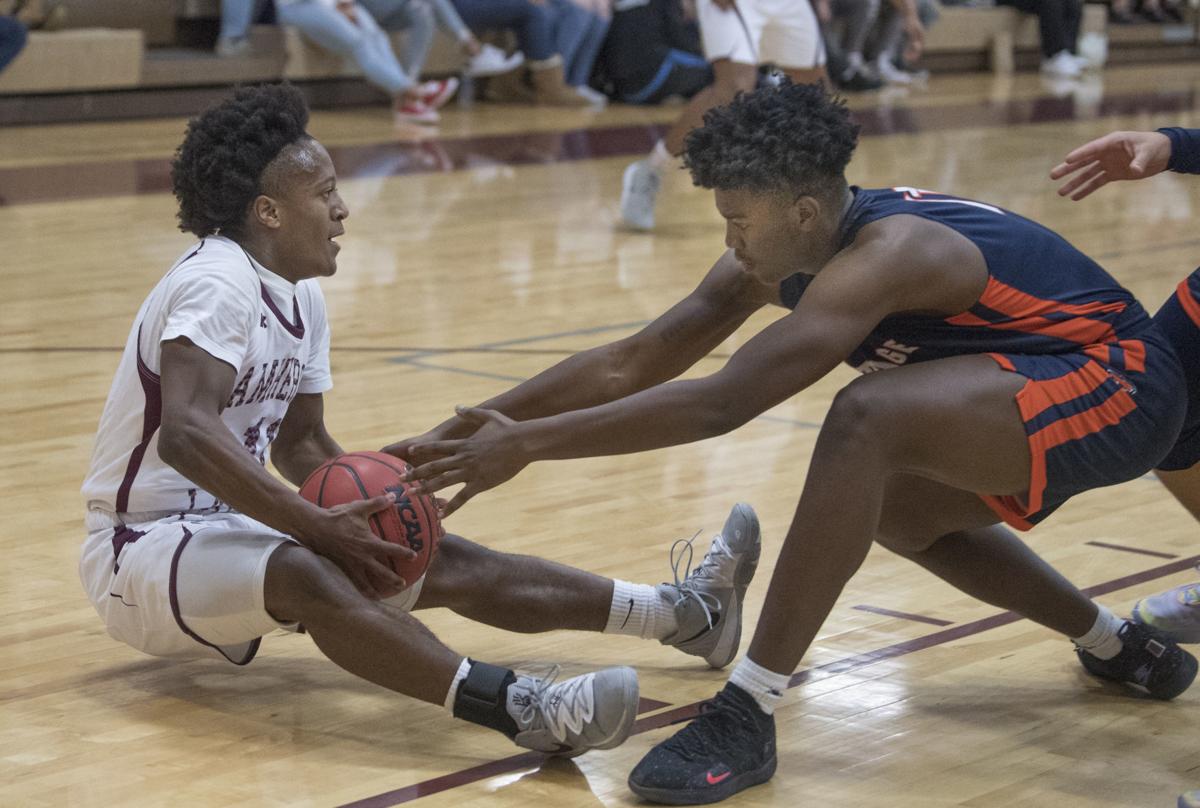 Lancer Kameryn Woolridge takes the ball away from a Heritage defender.

Lancer defender Jordan Hamlett gets his hand above the ball before a Heritage player gets off his shot.

Lancer Kameryn Woolridge takes the ball away from a Heritage defender.

The Lancers’ varsity boys basketball team avenged an earlier season loss to the Heritage Pioneers with a 55-49 win at home Friday night.

Amherst, now 8-4 overall and 5-3 in the Seminole District, will travel to Brookville on Jan. 24 and Timberlake Christian on the following night before playing host to Jefferson Forest on Jan. 27.

The Amherst junior varsity basketball team improved to 11-1 on the season with a 50-27 win over Heritage last week.

Trailing 17-10 early in the second quarter, the JV Lancers finished the quarter on a 13-0 run to take a 23-17 lead into intermission. The run eventually extended to 26-1 as Amherst gradually pulled away in the final stanza. Amherst held the JV Pioneers to 10 points over the final twenty minutes of the contest.

Amherst will travel to Brookville on Jan. 24 and Timberlake Christian the following night before returning home to host Jefferson Forest on Jan. 27.