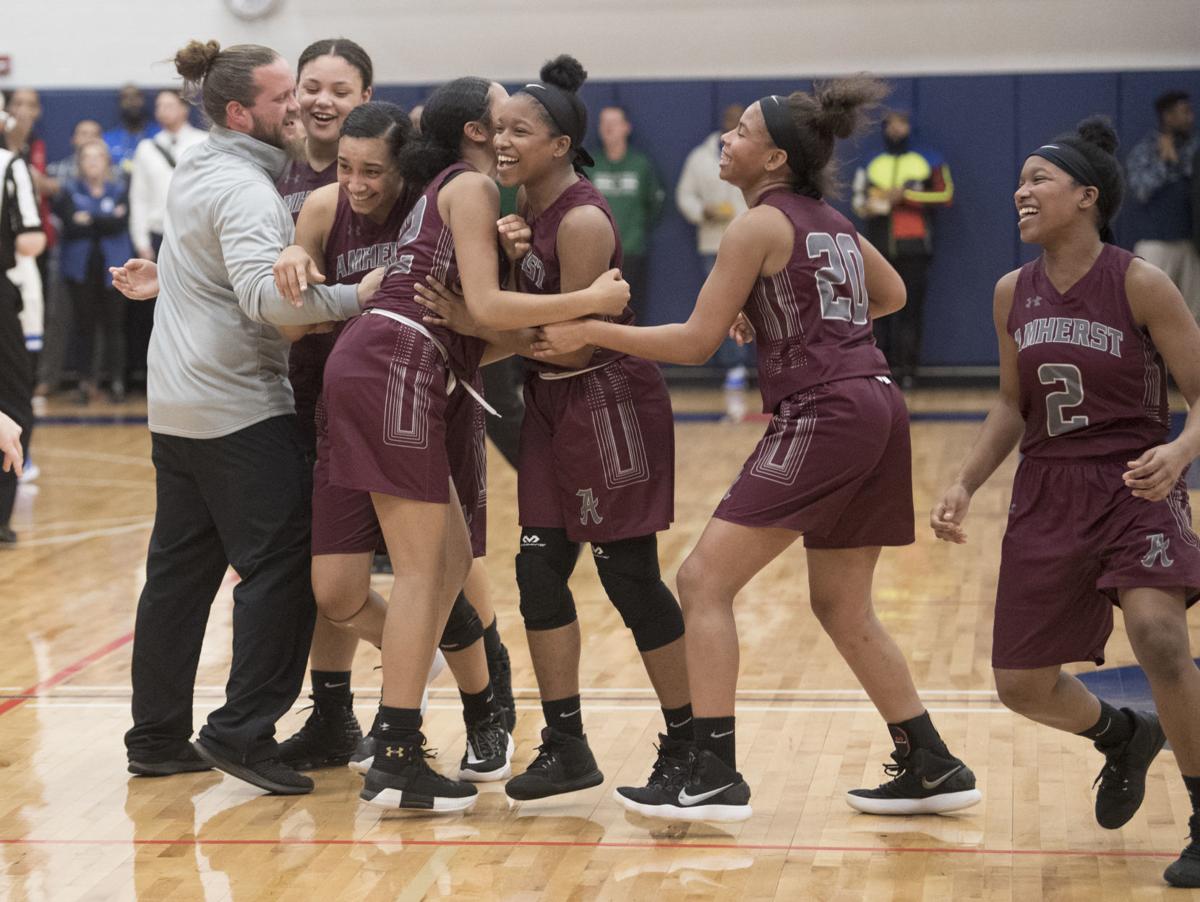 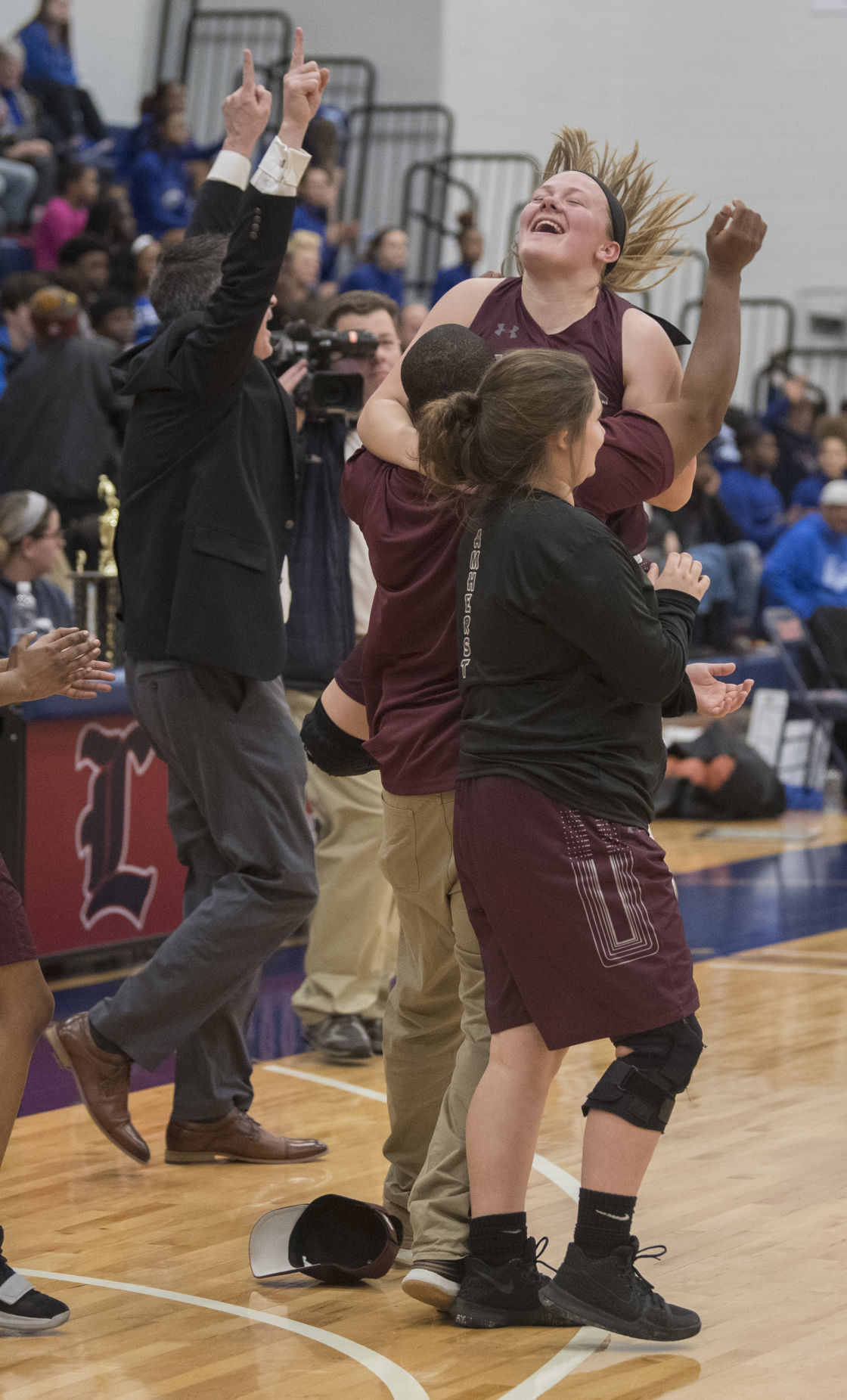 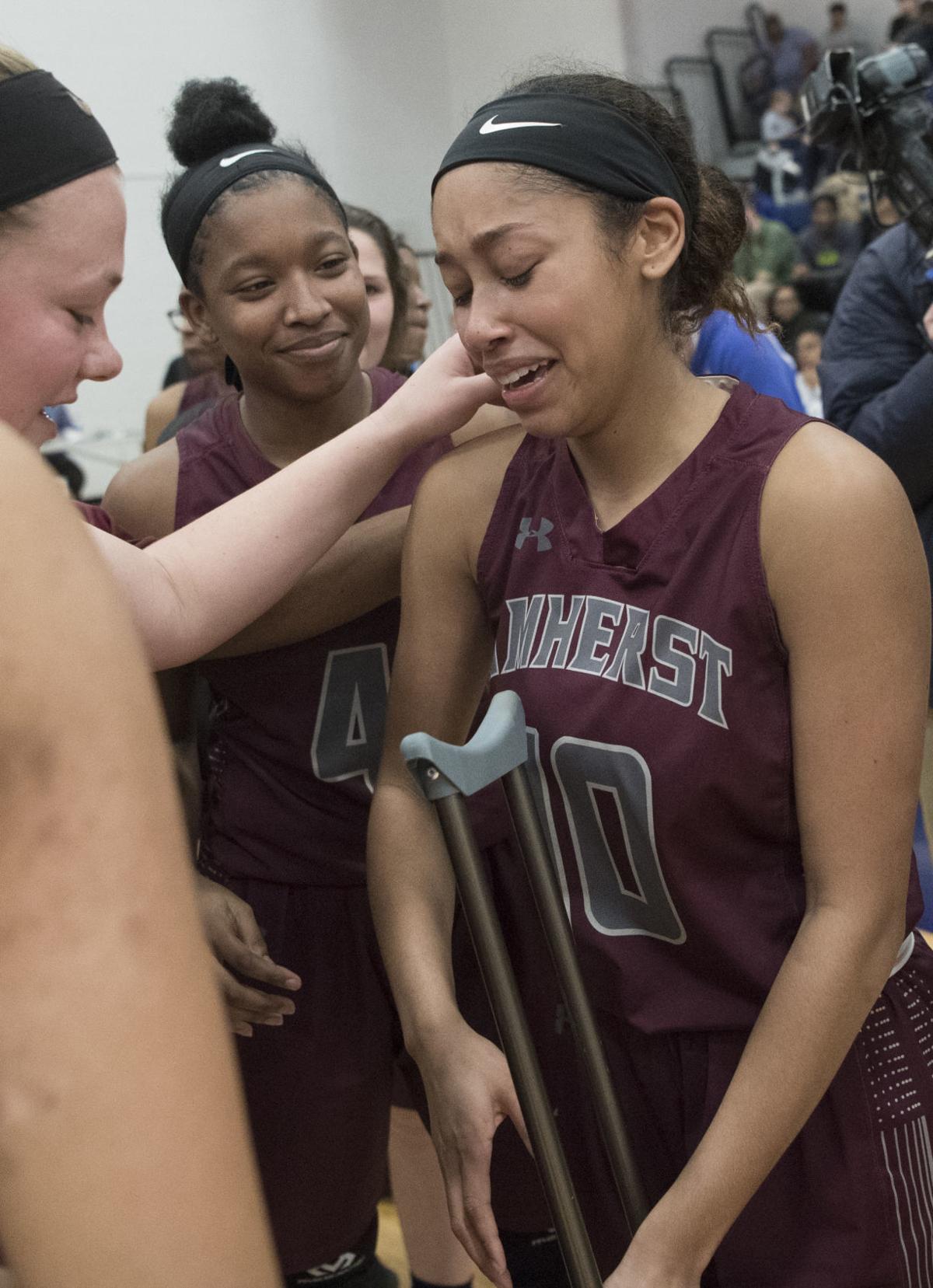 Lady Lancer Aneesha Parrish has an emotional moment with teammates after the Amherst victory against Glass. 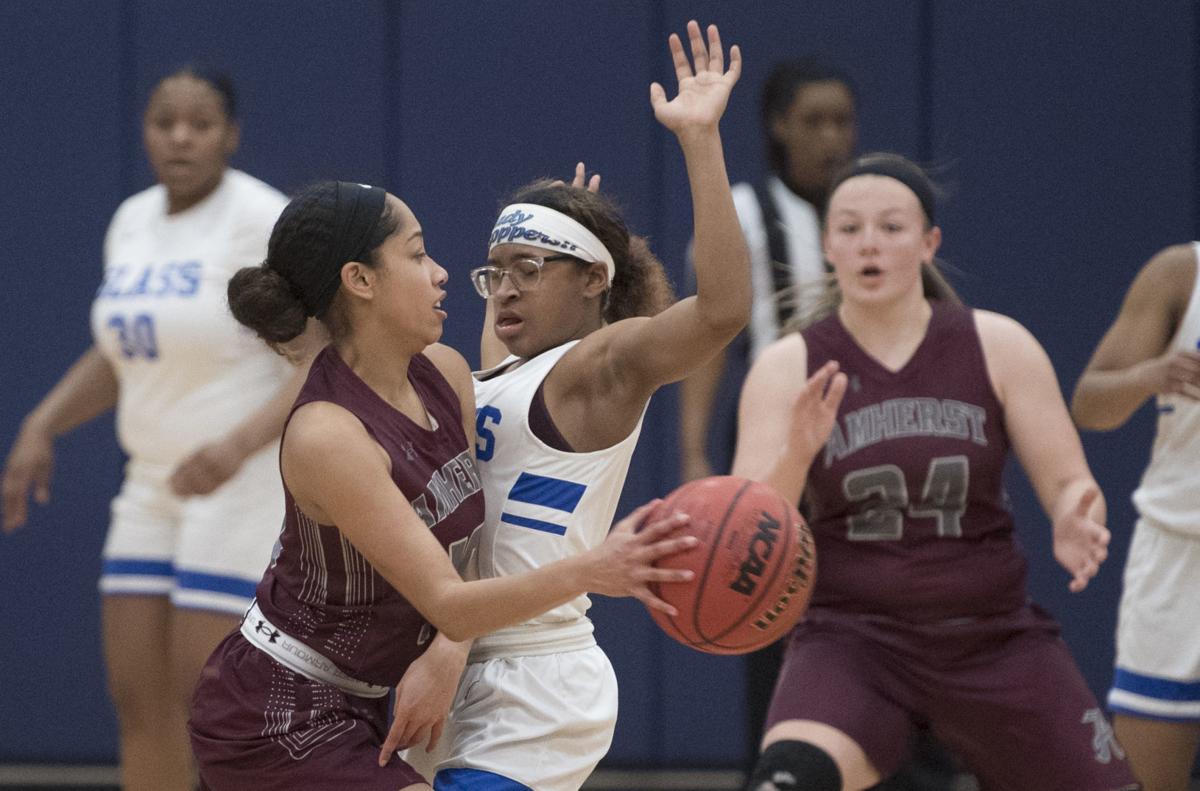 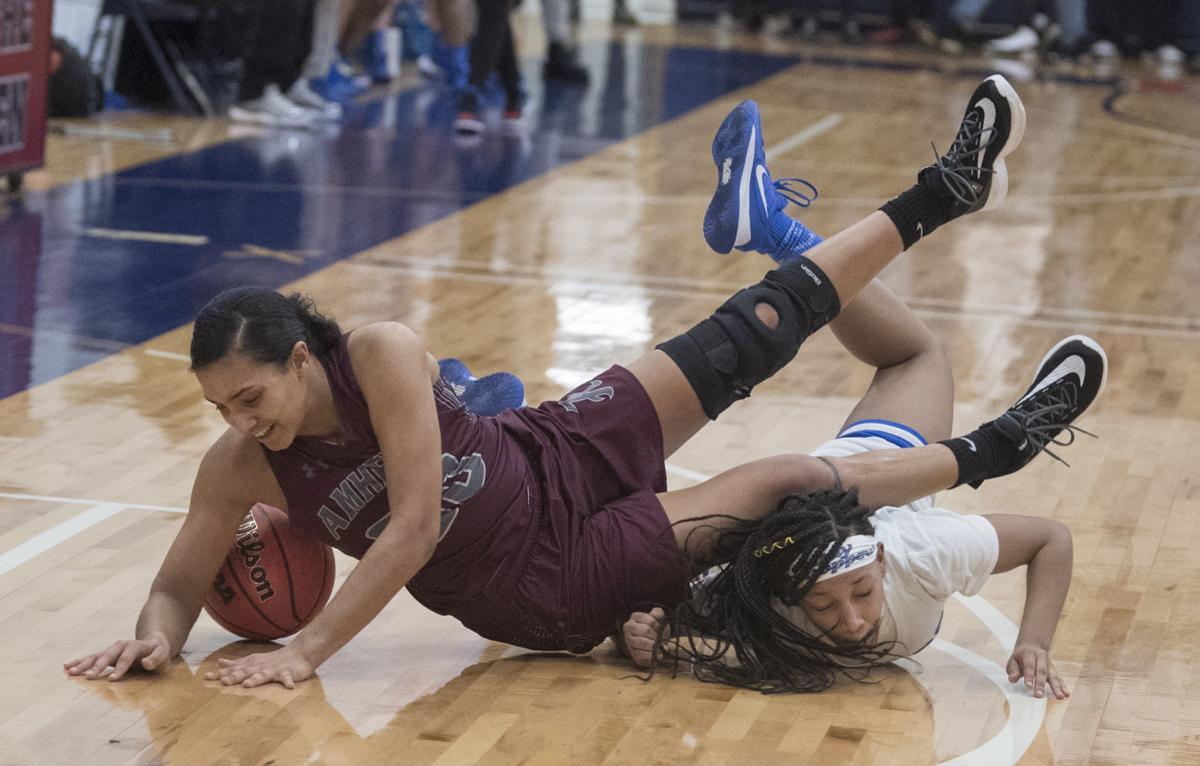 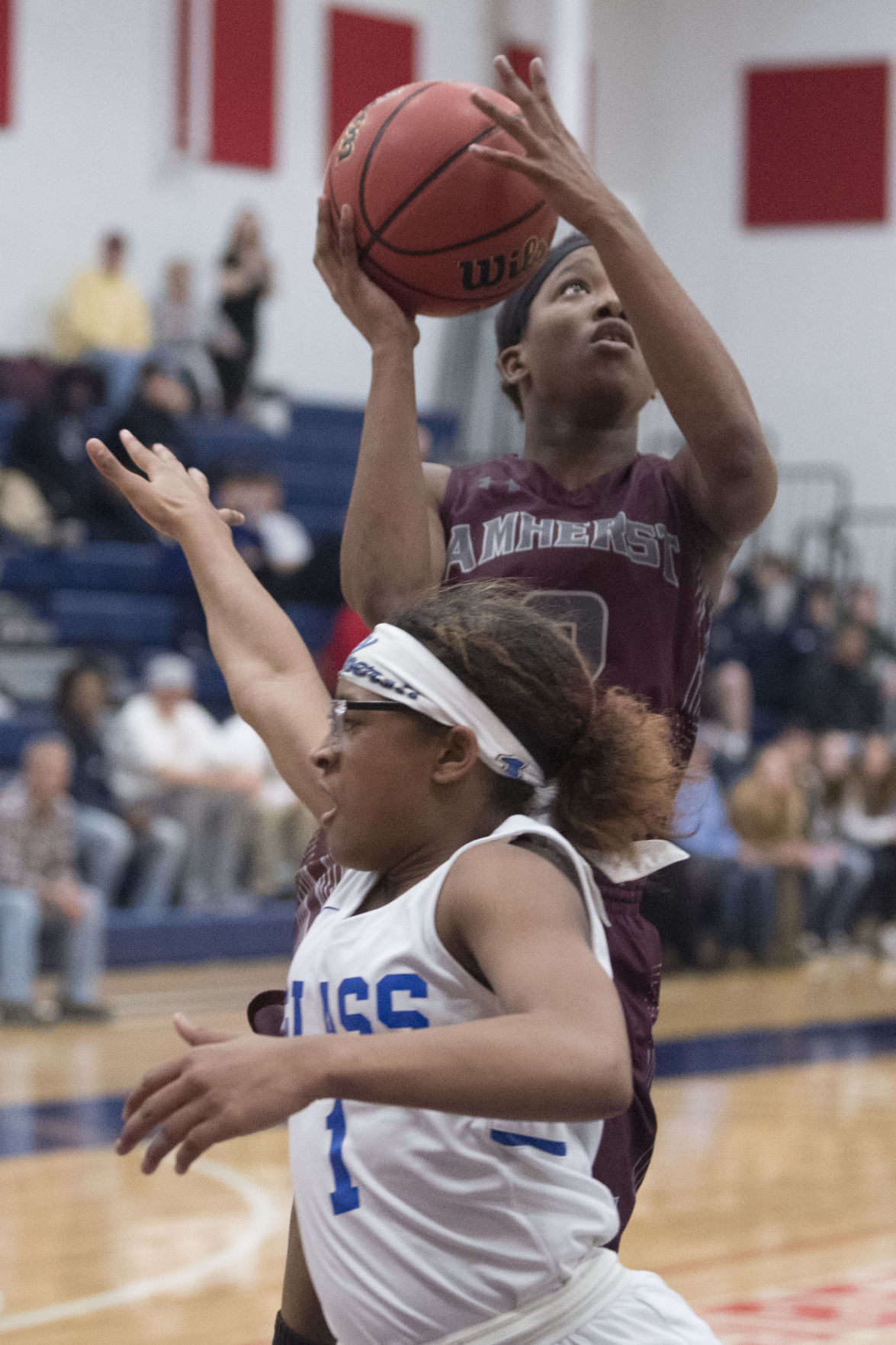 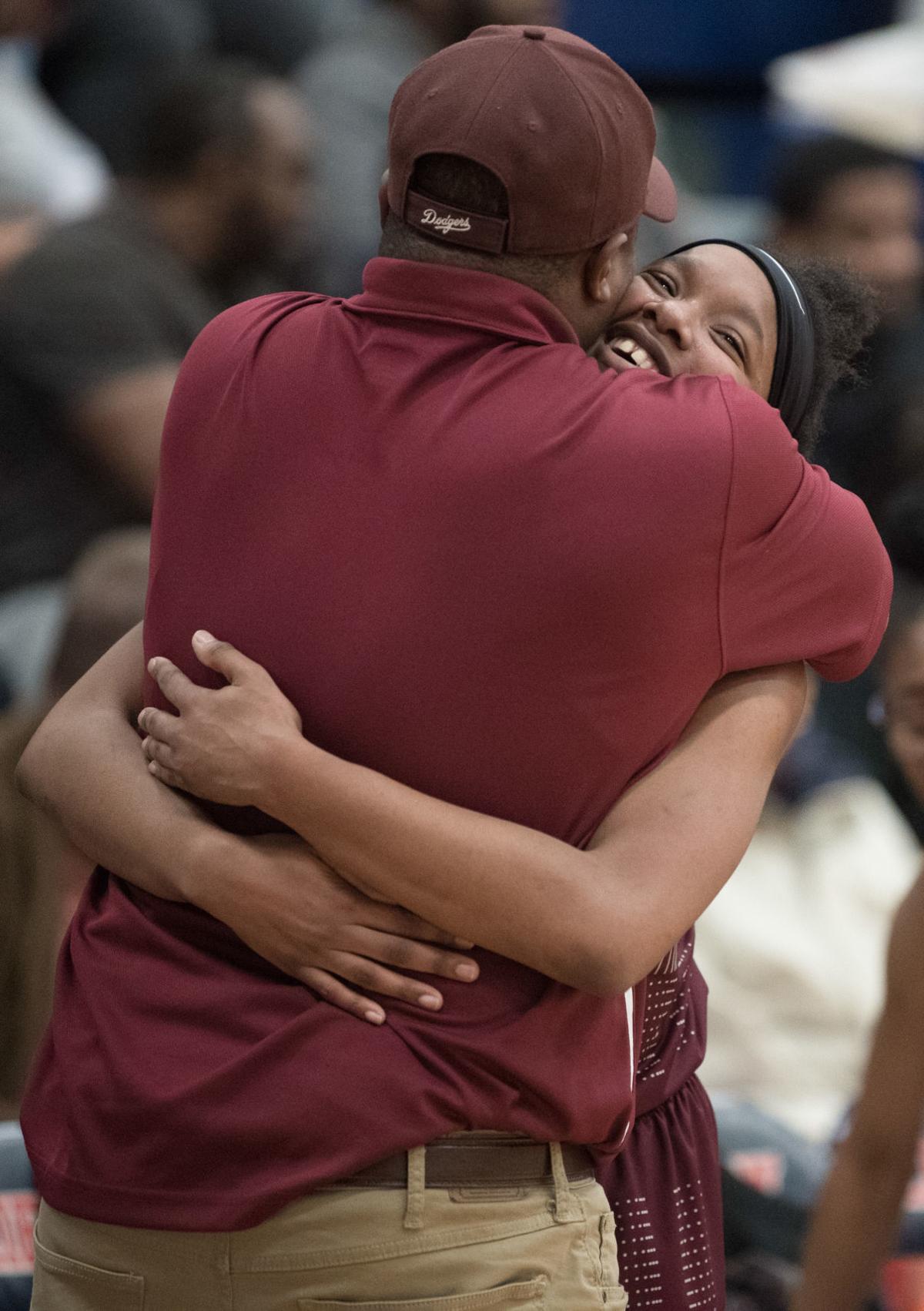 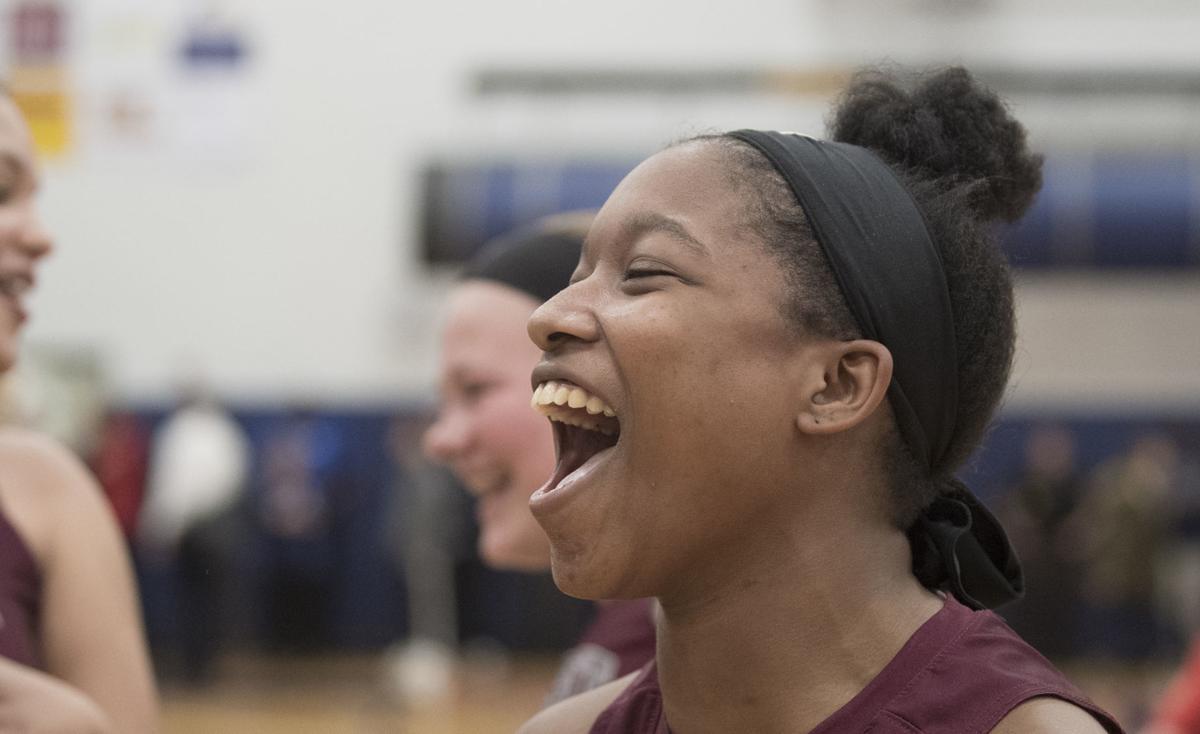 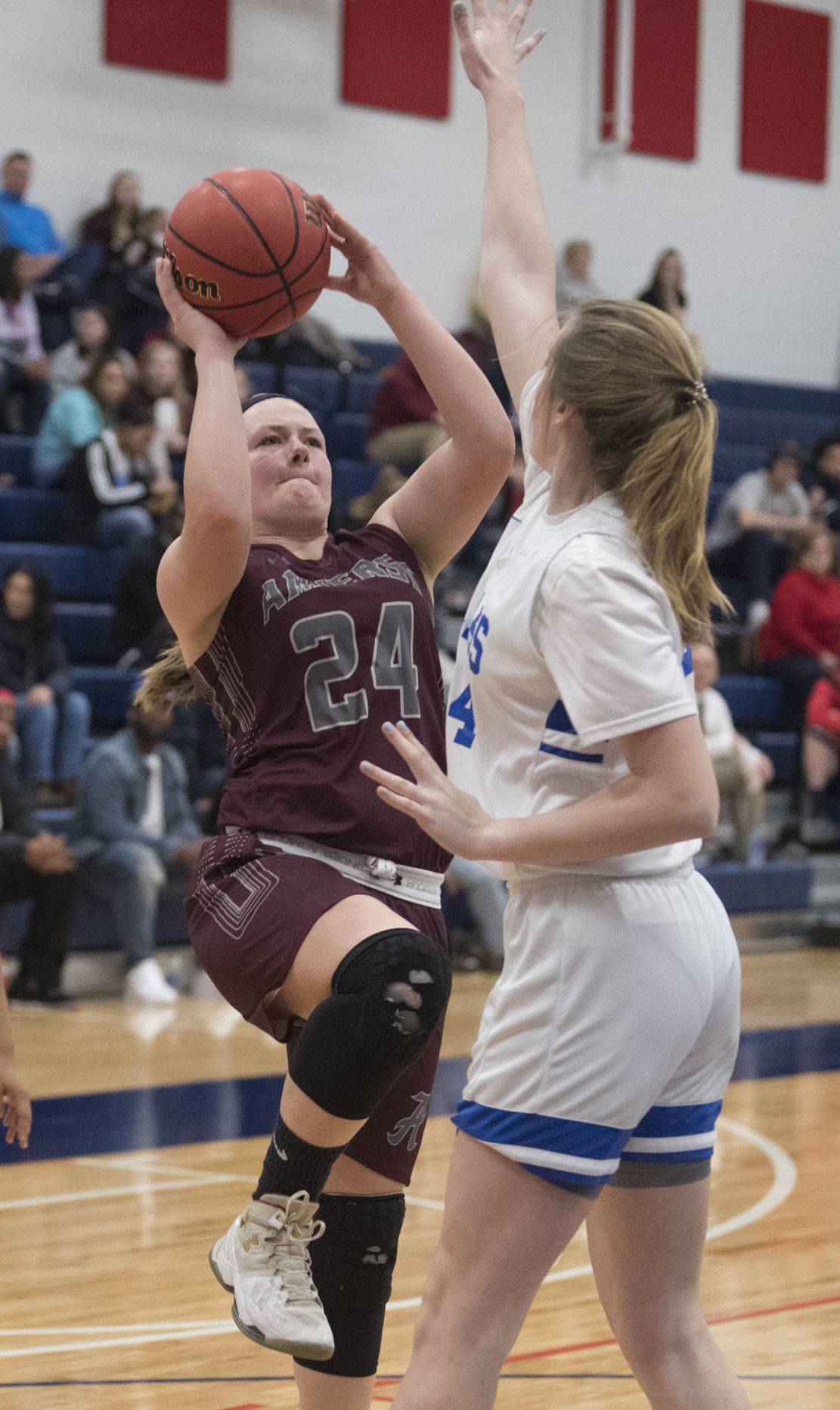 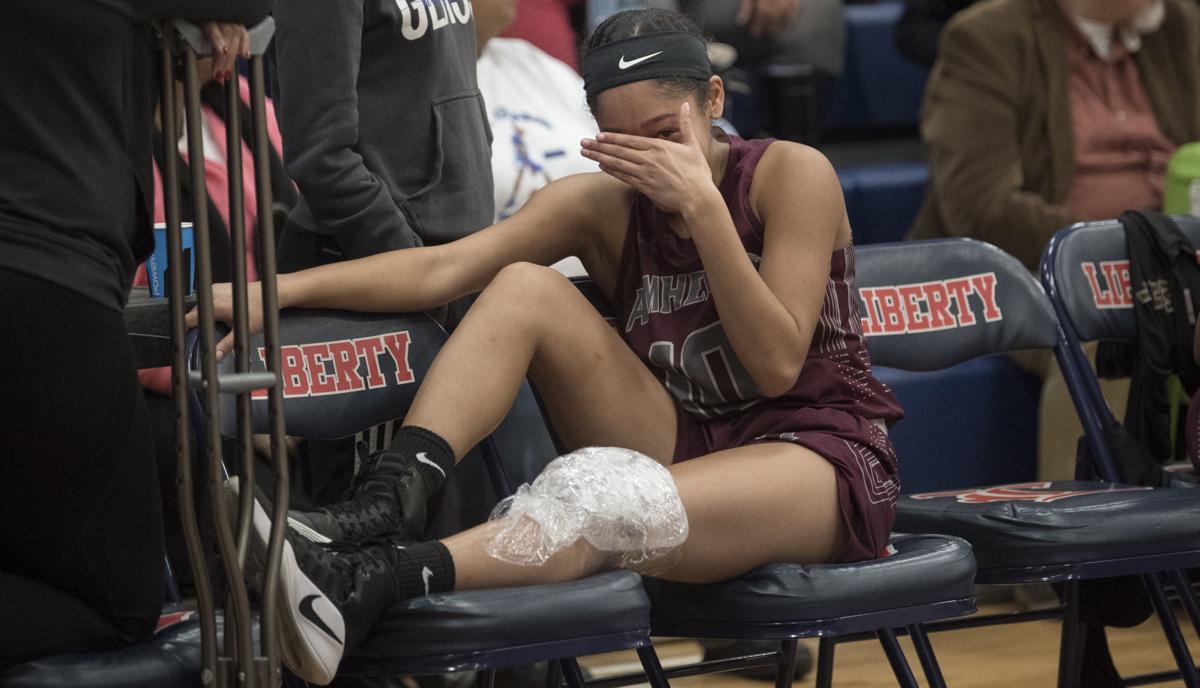 After getting hurt late in the Seminole District championship game Amherst County's Aneesha Parrish started to get emotional when her team was getting close to winning. 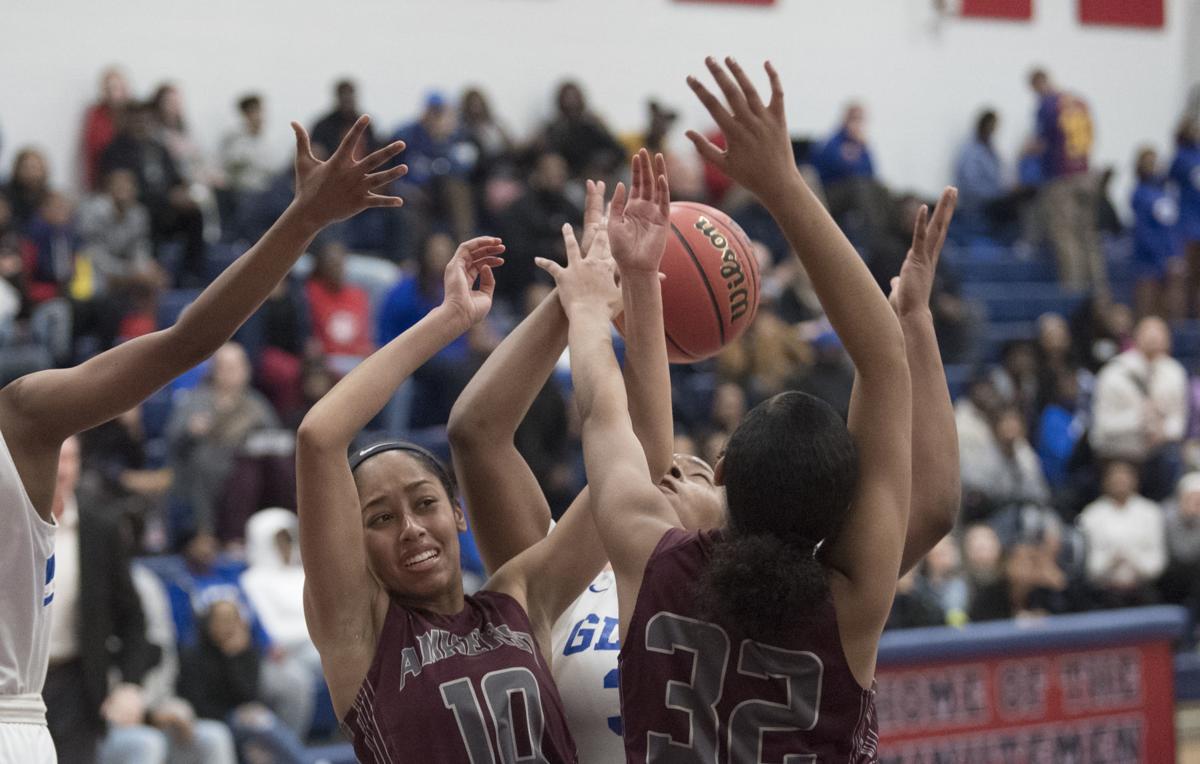 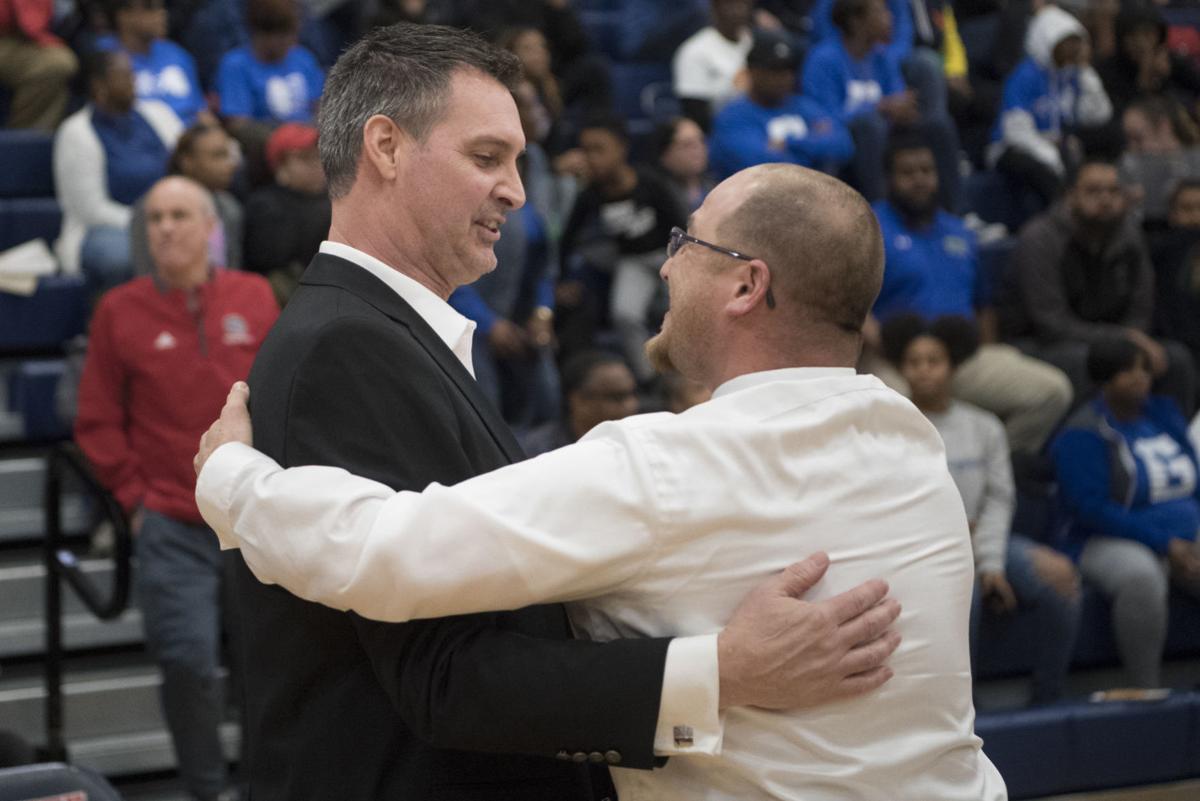 Lady Lancer Aneesha Parrish has an emotional moment with teammates after the Amherst victory against Glass.

After getting hurt late in the Seminole District championship game Amherst County's Aneesha Parrish started to get emotional when her team was getting close to winning.

Glass was loaded with talent, including Player of the Year Mya Hamlet, Coach of the Year Anitra Thomas along with holding down the tourney's top-seeded team.

Someone forgot to tell the Lady Lancers that Glass should win this game easily after defeating the Amherst squad twice in the regular season. The Amherst girls stepped up to the challenge for the upset in claiming their first district championship trophy in 30 years with a 66-60 victory.

Amherst jumped out to a 11-9 first quarter lead, which had the Lady Lancer fans on their feet and cheering. By halftime the Lady Hilltoppers were ahead 23-21.

"Tonight's win is something that we knew we were capable of doing if we would stay the course throughout the season and rely on the process of getting better each week," said Amherst coach Ron Carter. "Some areas that we struggled with earlier in the season were not a factor tonight. The girls played with composure against the defensive pressure from Glass, and created scoring opportunities with our press break. They also shot the ball extremely well from the floor and the free throw line."

Carter said the team's half-court defense was effective in taking the Hilltoppers out of their normal offensive flow.

"I thought we communicated well and executed our defensive scheme very effectively. It was certainly a team effort to slow down a team with the top player in the district as well as two very good perimeter shooters," he said.

The Amherst team took down Brookville earlier in the tournament to earn the right to battle Glass.

"Defeating the top two teams in the district to win a championship is a testament to the players and the faith that they have in each other to do what will help the team be successful. I'm very happy that these girls have accomplished something that has not been done here in 30 years," Carter said.

Glass was outscored 25-17 in the third quarter and by this point the Amherst fans had the gym rocking.

In the final quarter, Aneesha Parrish went out of the game with a knee injury that occurred while she was driving to the basket. For a few moments the gym was quiet, but not for long as the Lady Lancers pulled together for the much awaited championship win.

A few nights later, the Lady Lancers' quest for the regional title was ended in the first round as Blacksburg nipped the Amherst squad, 45-42. West led the Amherst offense with 14 points followed by Smith with 11 points.