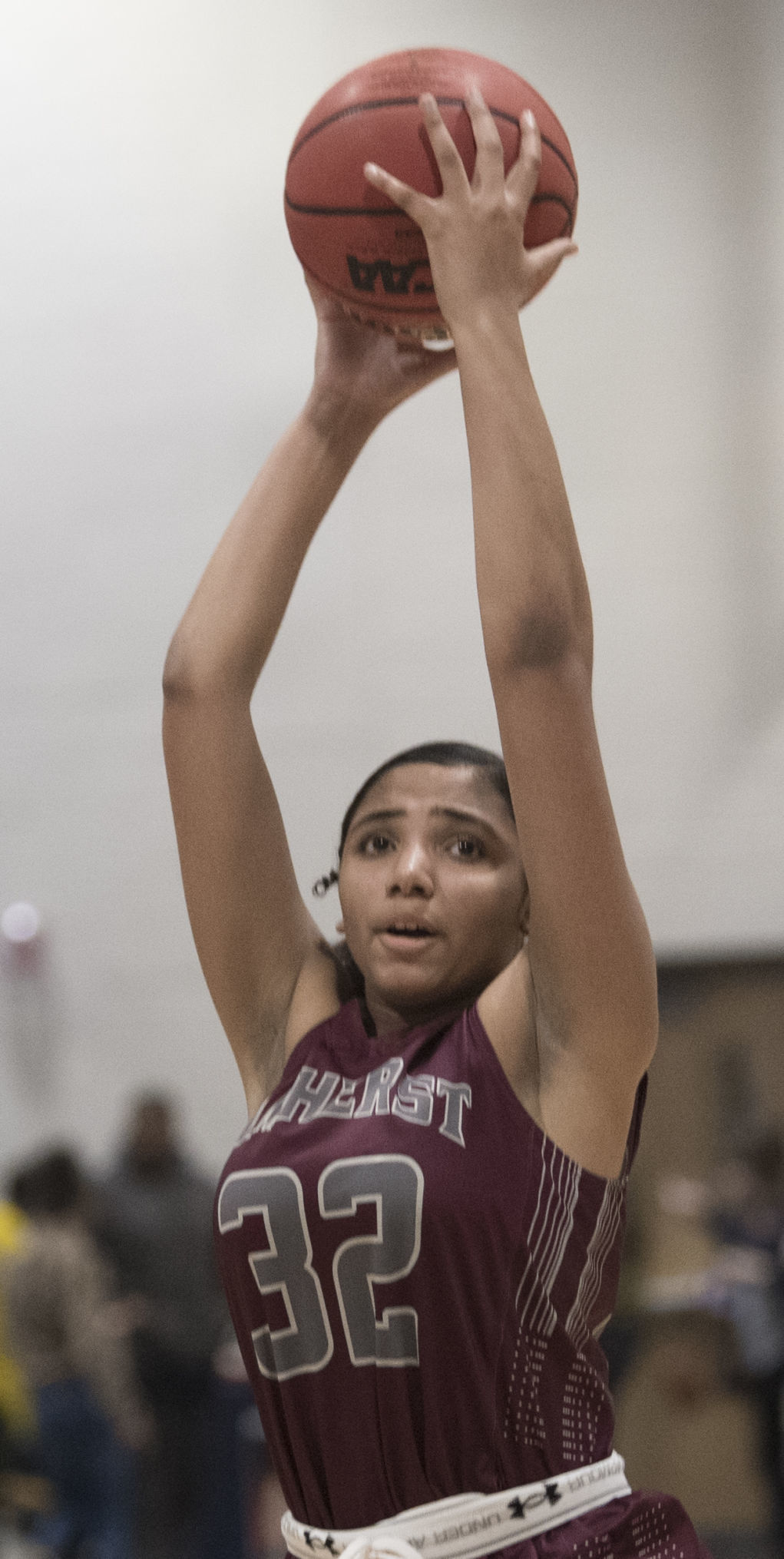 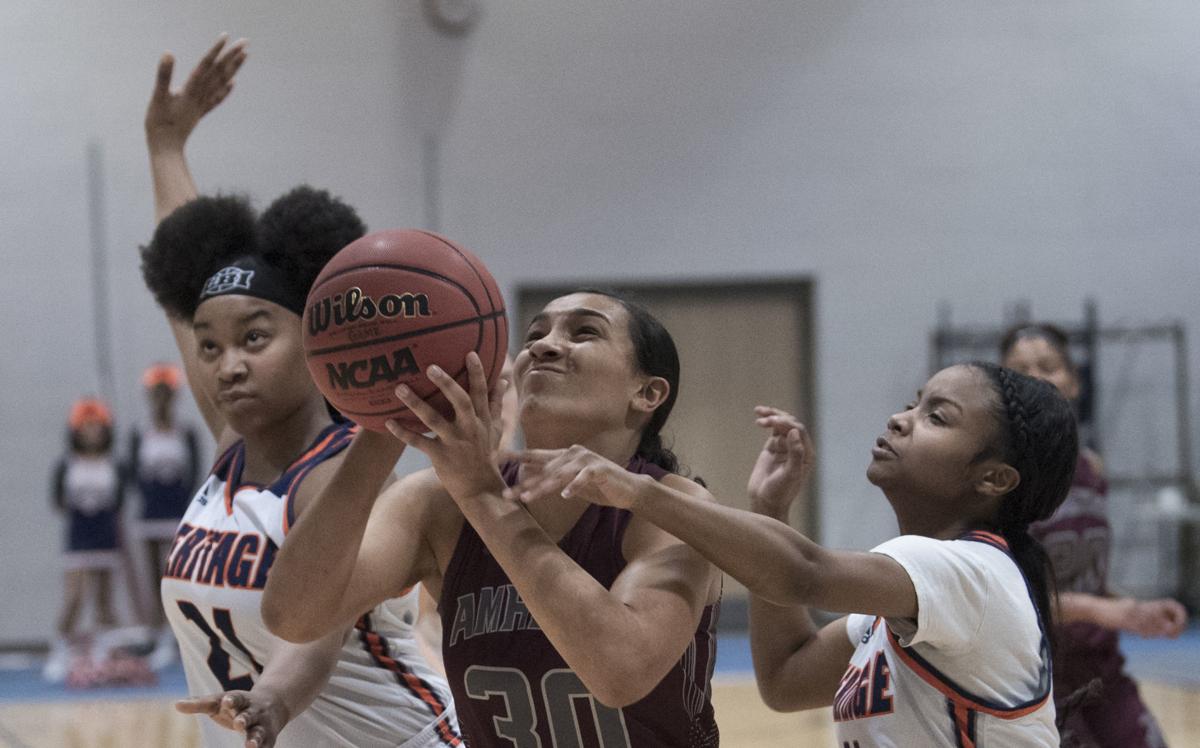 Lady Lancer Jazmyne Smith drives to the basket as she led her Amherst team in points against Heritage last week. 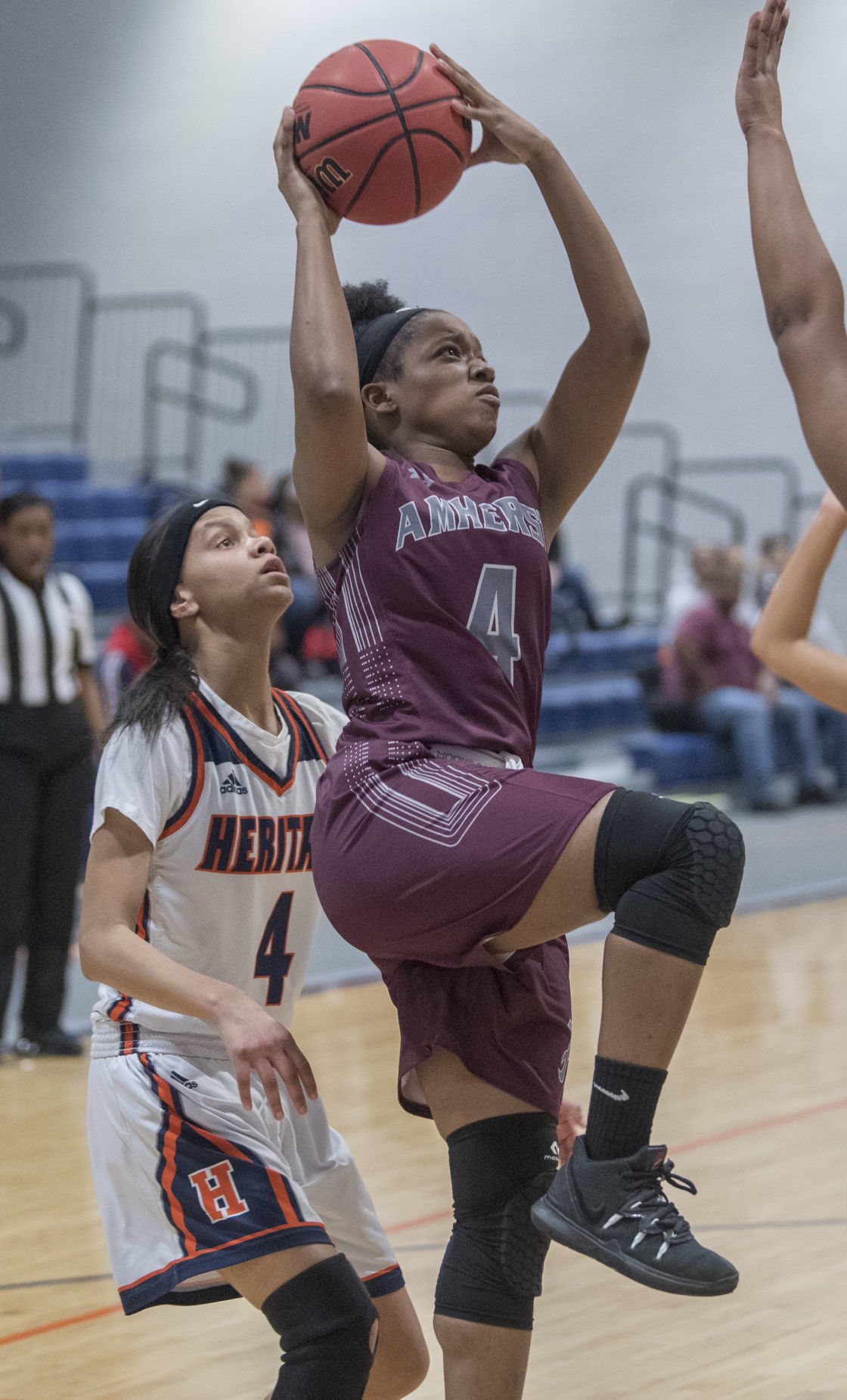 Kiara Smith drives to the basket against Heritage during last week's win in Lynchburg.

Lady Lancer Jazmyne Smith drives to the basket as she led her Amherst team in points against Heritage last week.

Kiara Smith drives to the basket against Heritage during last week's win in Lynchburg.

“We ran into a much improved team tonight that was motivated and shooting the ball extremely well. Our girls handled the adversity and played well enough to come away with a win,” said Carter. “We had a couple of girls step up tonight and take on a bigger role as a few of our more consistent players were struggling to score. It was certainly a team effort that kept us going. We are adapting to being the hunted and not the hunter when it comes to preparation and mindset. It’s tough, but it’s a good place to be.”

“The game was very physical and low scoring. We battled through a lot of adversity and came away with a well-deserved win,” said Carter. “The girls are learning valuable lessons from each game and I feel that it will help us as we approach post-season play. Tonight’s win gives the team ten wins at this point, and that success has been a big motivator. I’m pleased to see their confidence increasing each week.”

Amherst scorers include Kendra Smith with 8 points, Nadia West with 7 points, Aneesa Parrish with 5 points, Jazmyne Smith and Kiara Smith with 4 points each. Jasmine West had 2 points and Dominique Irving and Holland Saunders each had a point.