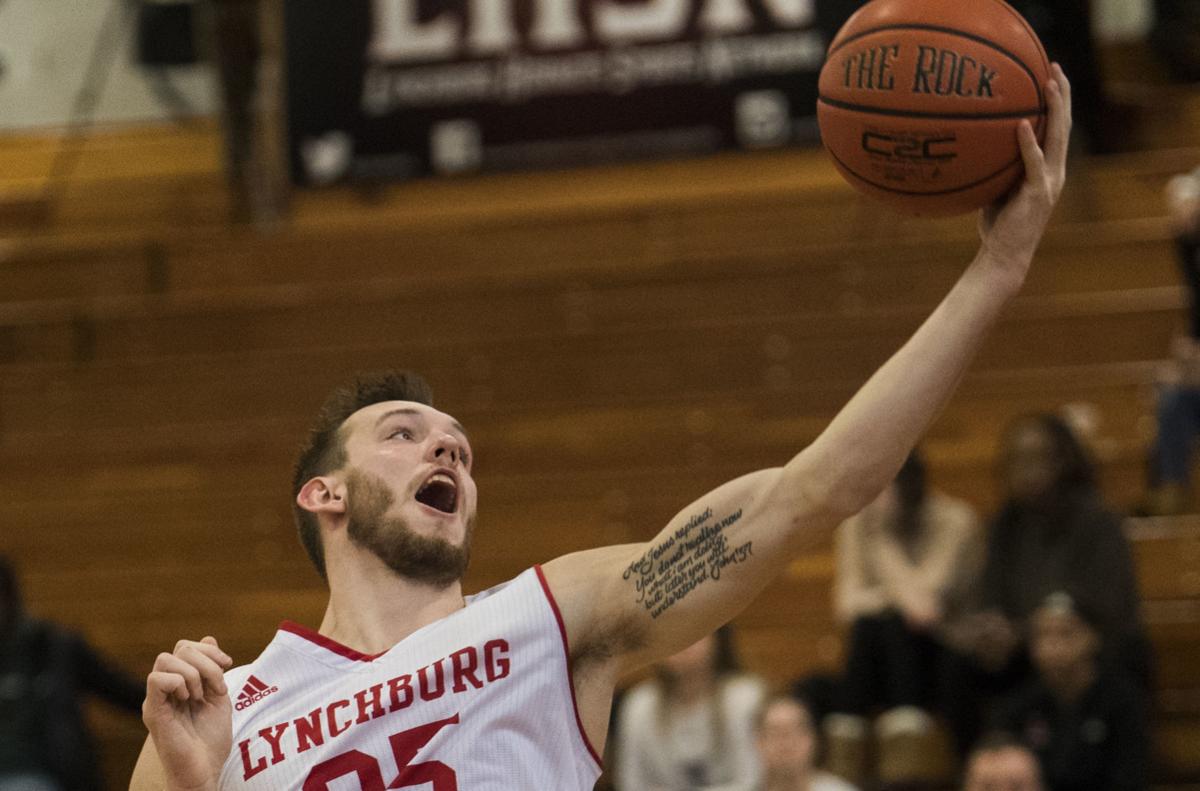 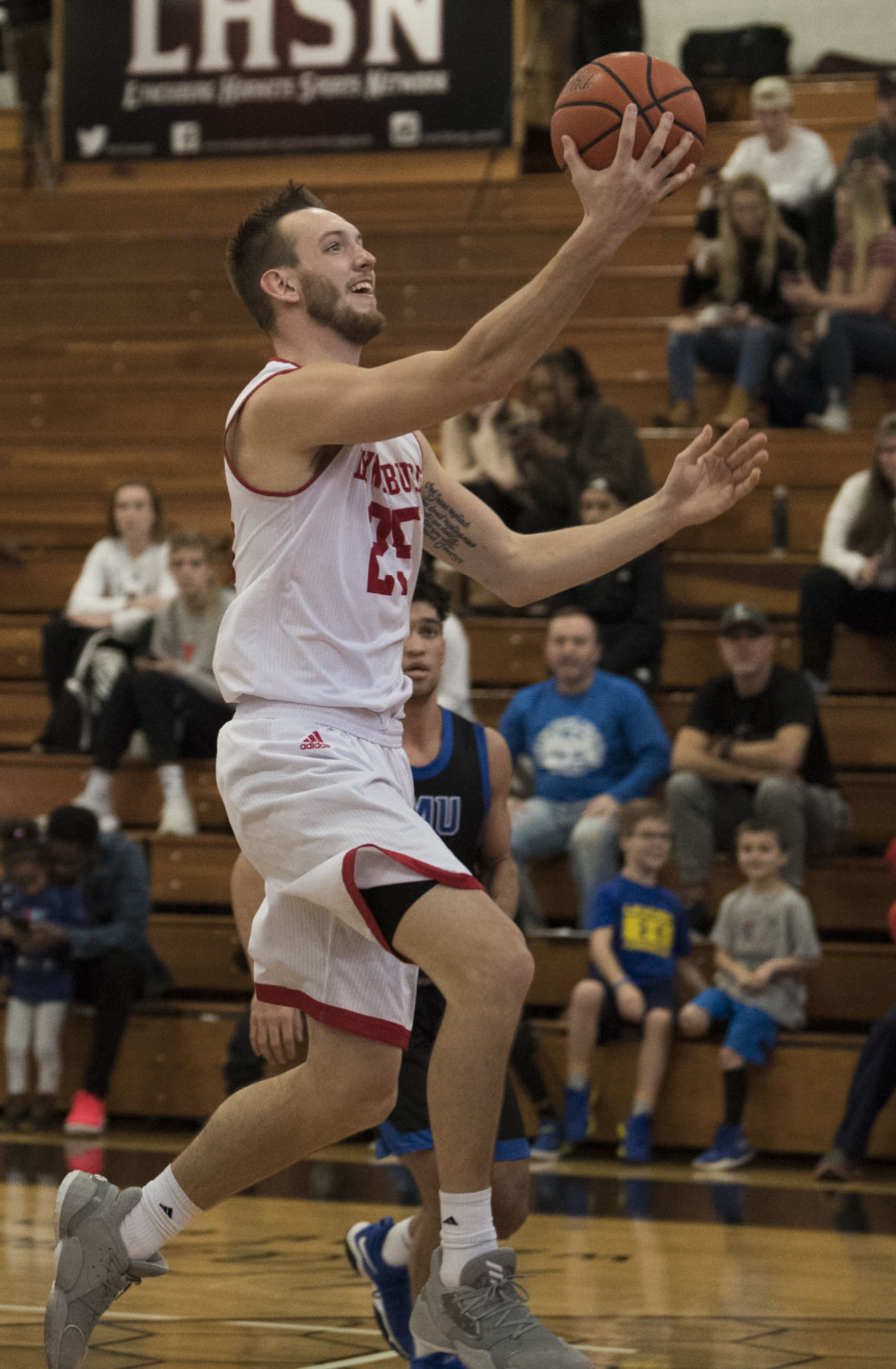 University of Lynchburg forward Cody Lang drives to the basket for two points during a game at Turner Gymnasium earlier in the season. 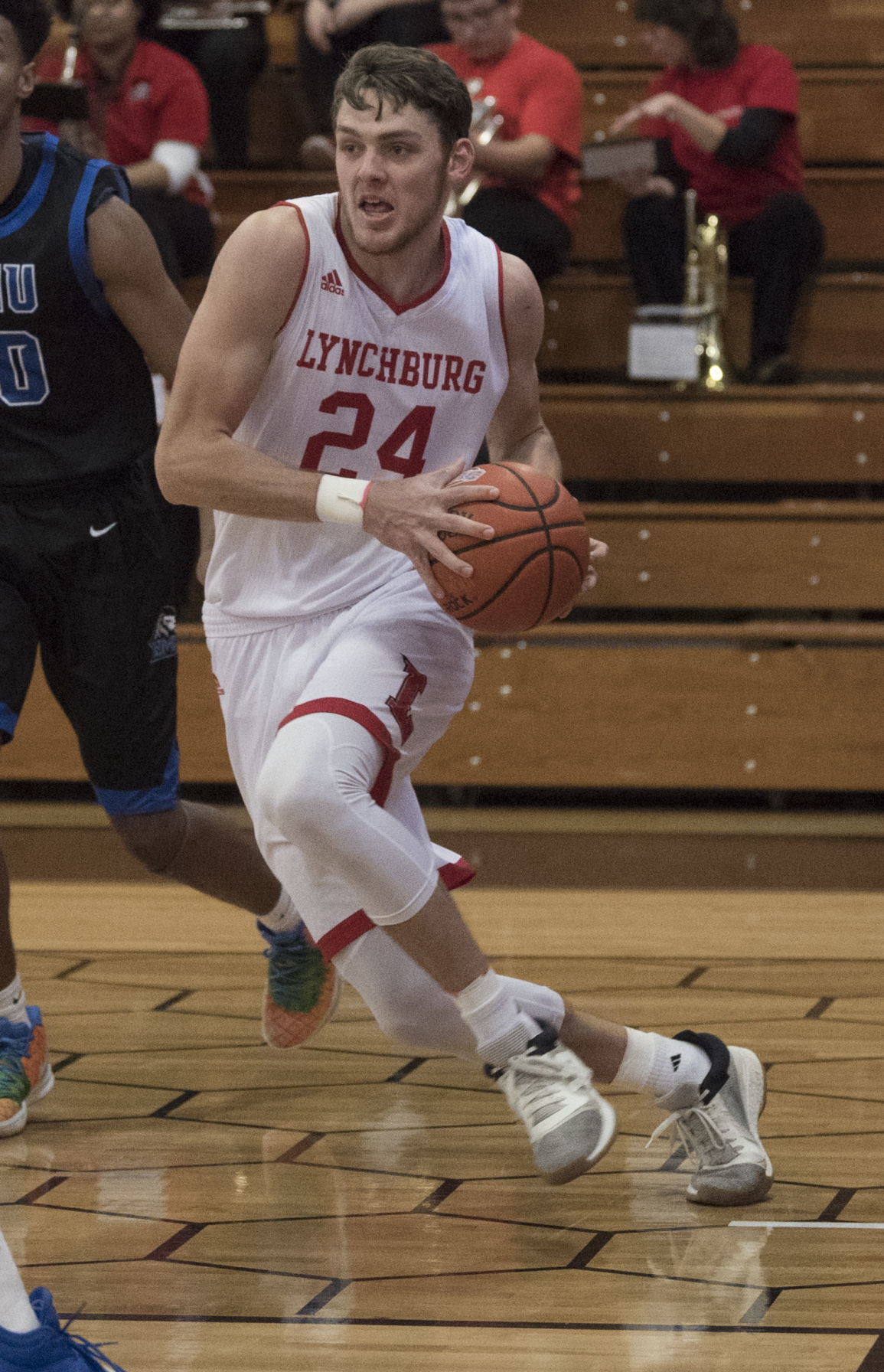 T.C. Thacker drives to the basket against Eastern Mennonite. 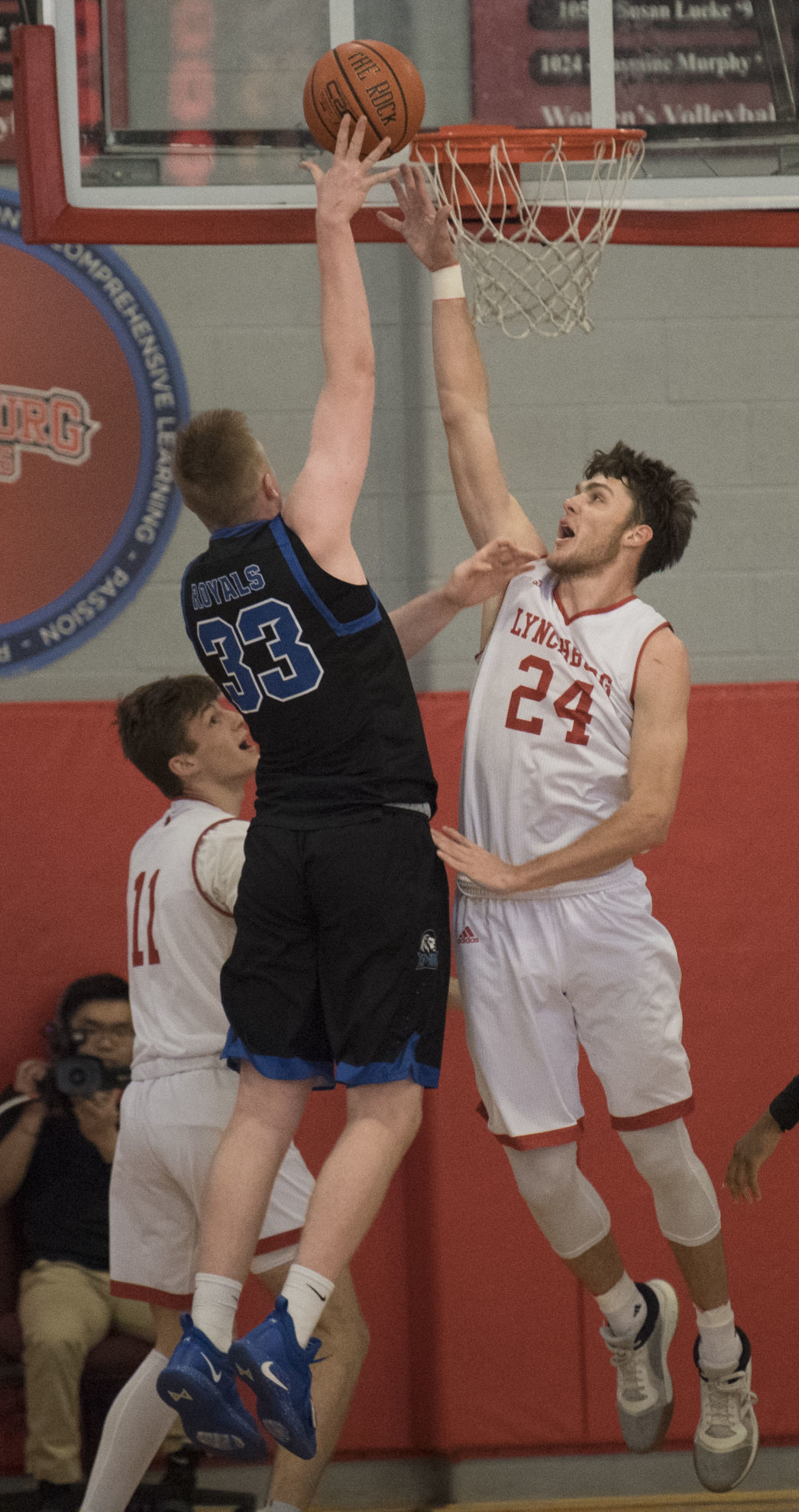 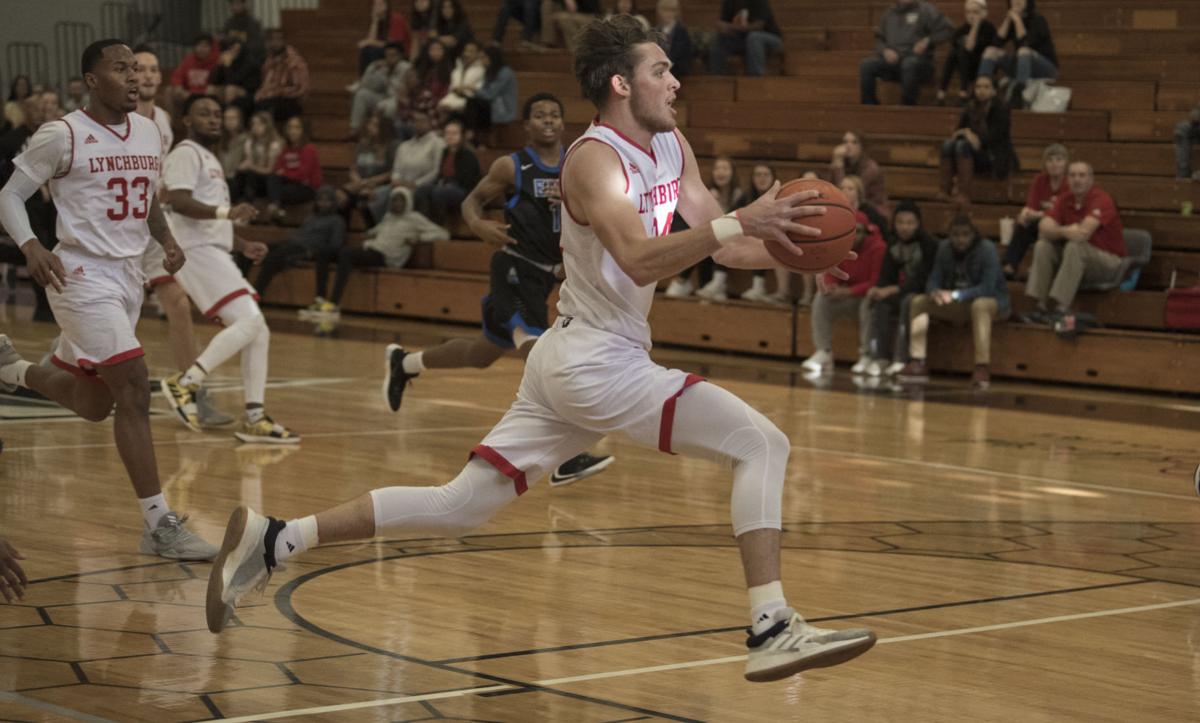 T.C. Thacker races ahead on a fast break for an easy two points against Eastern Mennonite.

Cody Lang reaches out for a loose ball during earlier season action.

University of Lynchburg forward Cody Lang drives to the basket for two points during a game at Turner Gymnasium earlier in the season.

T.C. Thacker drives to the basket against Eastern Mennonite.

T.C. Thacker races ahead on a fast break for an easy two points against Eastern Mennonite.

Cody Lang reaches out for a loose ball during earlier season action.

The University of Lynchburg men’s basketball team has a pair of Hornets who have been teammates since their middle school playing days in Madison Heights.

T.C. Thacker and Cody Lang started playing on the same basketball team at Monelison Middle School and continued through Amherst County High School. Lang is a senior while Thacker is a junior.

“Being able to play with my former middle school and high school teammate has been awesome,” said Lang. “We push each other in many ways, and are able to learn from one another just because of how well we know each other. Over the years we’ve became brothers not only on the court but off. I’m excited to see what he has in store for his senior year.”

Both are forwards for the Hornets with Lang listed at 6 feet, 5 inches tall. Thacker is 6 feet, 6 inches tall.

The pair is closer than ever and live in an apartment together, which has made their friendship even stronger.

“Playing with Cody has been a great experience, especially since I was not able to play with him a lot during high school due to injuries,” said Thacker. “We are able to push each other everyday in practice and then translate that into games against our opponents. Also living in the same apartment with him this year has brought us even closer and created a stronger bond on and off the court.”

Both shared their favorite memories playing for the Hornets.

“There are many great memories that I have had while being a Hornet,” said Lang. “Being a part of a 20-6 team that was ranked No. 14 in the country at one point, scoring a career high 24 points against Hampden Sydney on the road, etc. One of the greatest memories that I’ll cherish as I move on in life is the relationships that I’ve had the pleasure of being a part of with my teammates and coaches over the course of the last four years.”

Lang’s future after basketball is looking bright. “I am currently finishing out my major in communications,” said Lang. “As for future plans, I have many ideas that I am open to and am currently narrowing down my options. Communications is a broad major, and can involve numerous careers.”

Thacker, who majors in health and physical education, will have one more year to broaden his memories of college life and time on the court.

“My favorite memory as a Hornet to date was most likely being a part of a team who had one of the best starts and seasons in school history,” Thacker said. “Every practice and game was a great environment to be in. It was also one of the closest teams I’ve ever been on and there were many memories made that year I will never forget.”