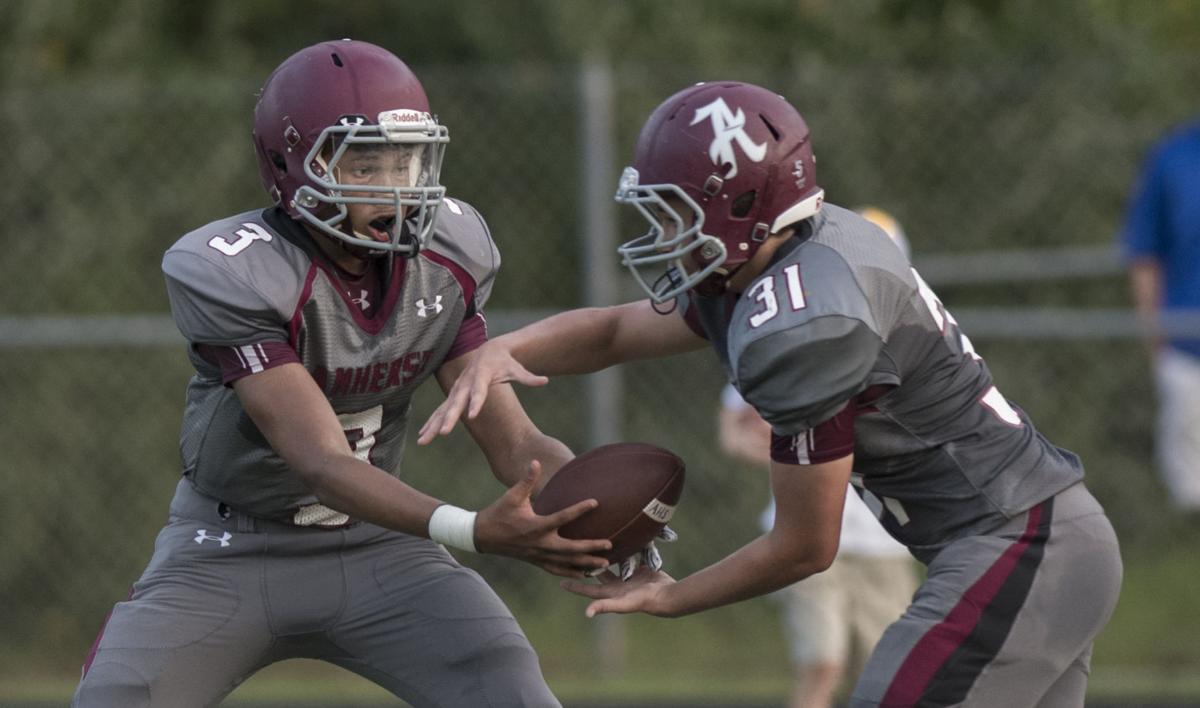 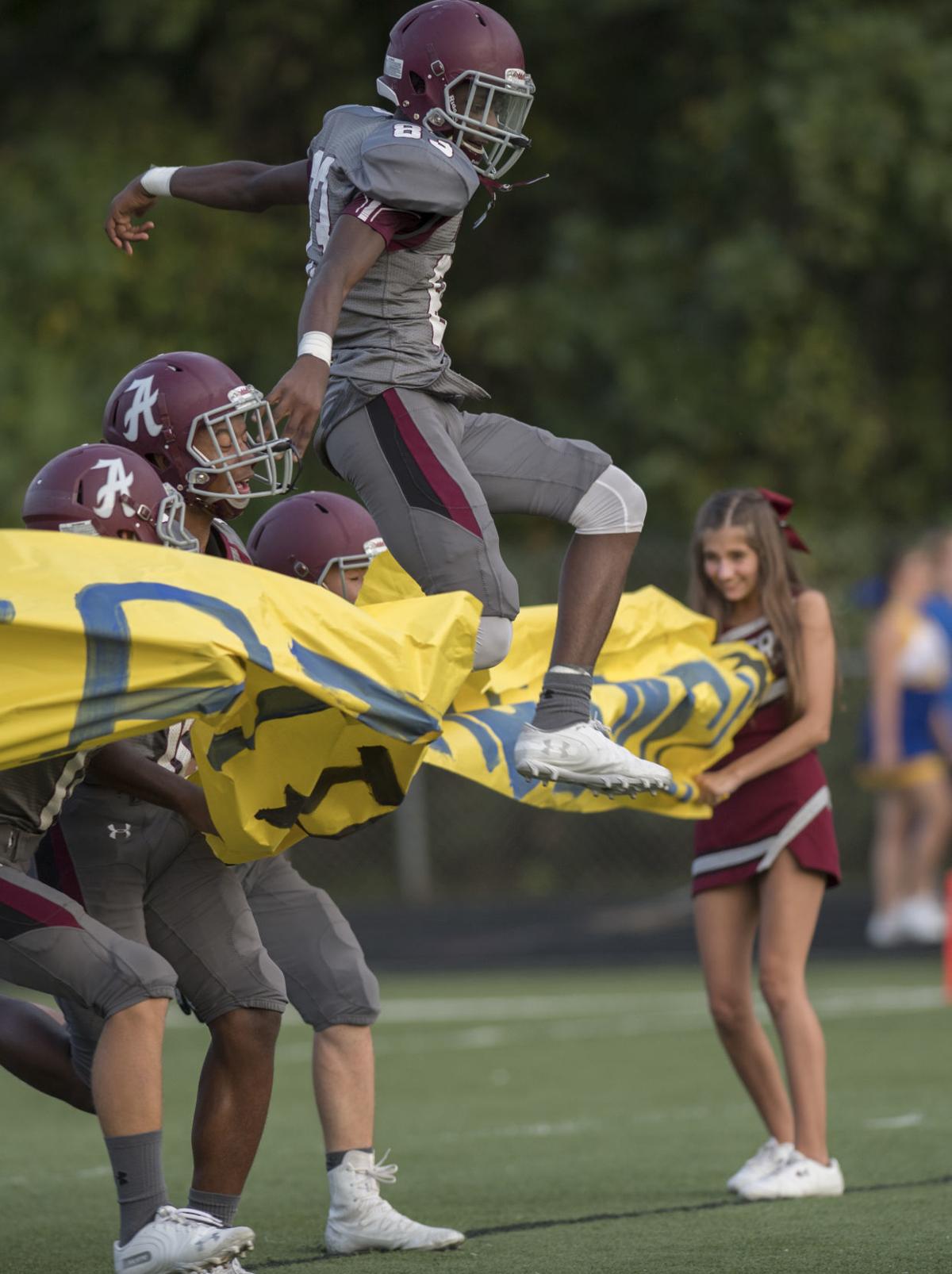 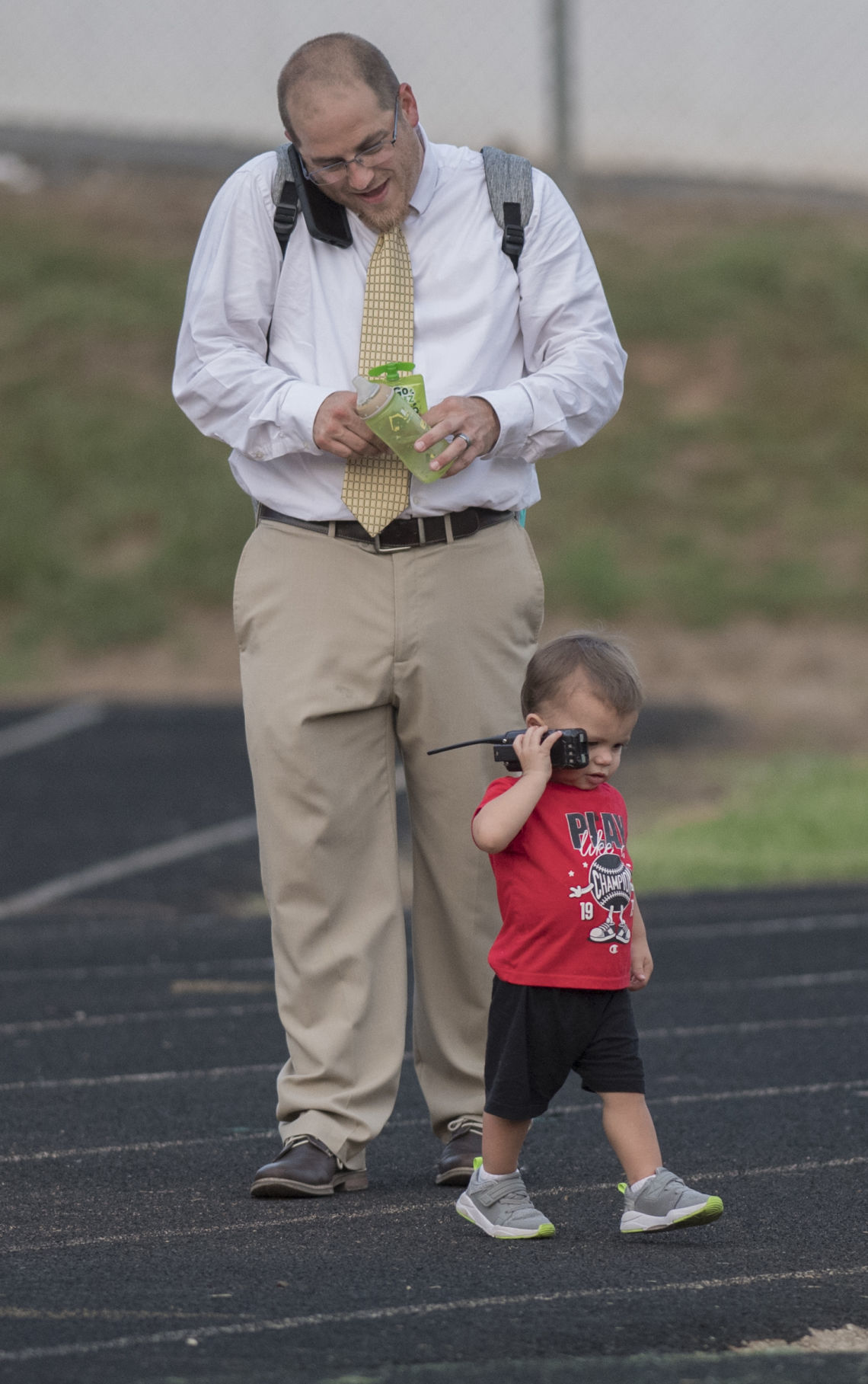 Amherst County High School Assistant Principal Joey Crawford and his son, Jaxon, seem to have business on the cellphone and walkie-talkie at Lancer Stadium. 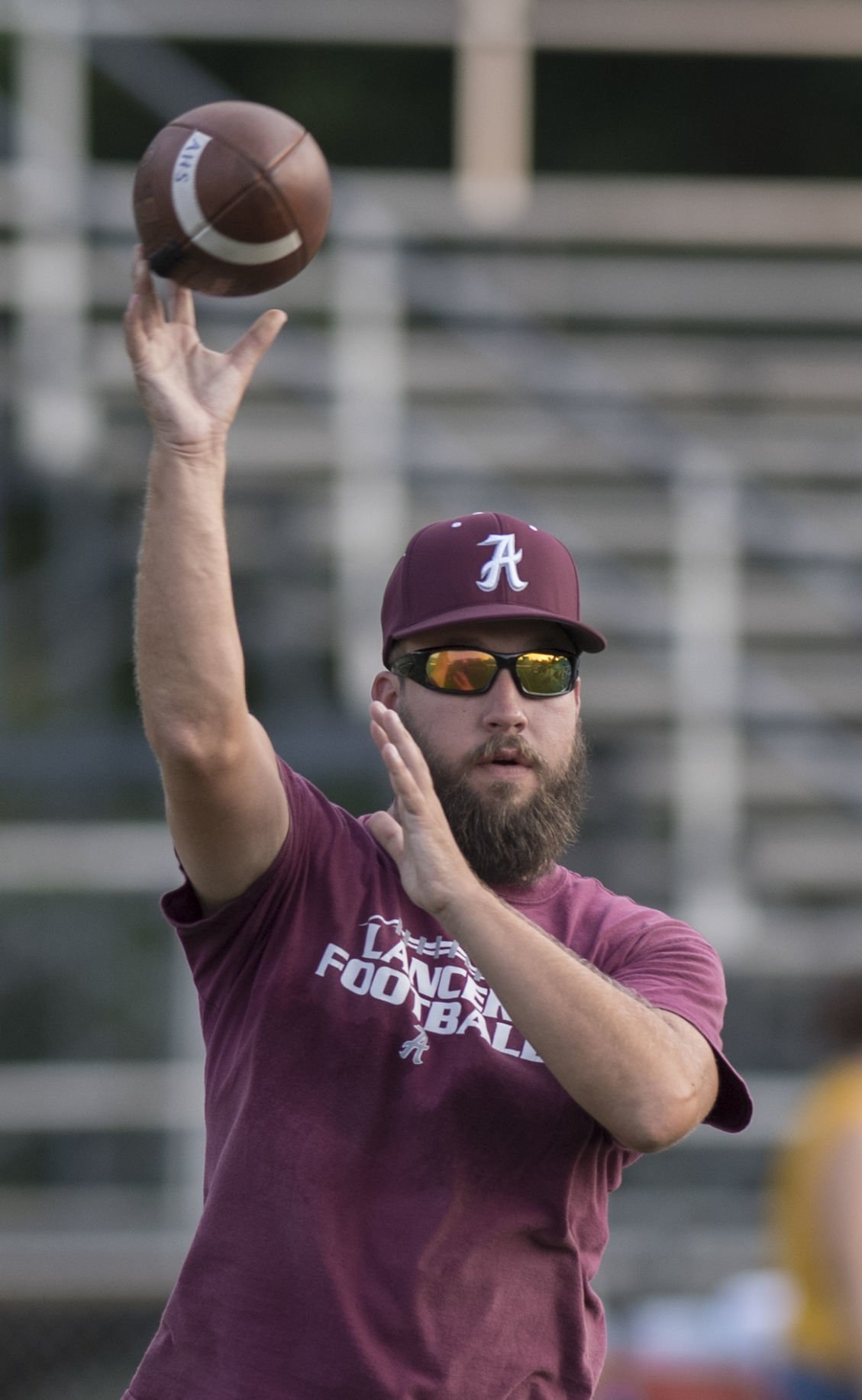 Amherst County High School Assistant Principal Joey Crawford and his son, Jaxon, seem to have business on the cellphone and walkie-talkie at Lancer Stadium.

The Lancer junior varsity football team picked up its first win of the season with a 38-31 victory against Blacksburg High School.

In its first two losses Amherst only scored 14 points but things changed during the Sept. 12 clash on the Lancer turf.

Leading the offensive attack was Blake Wicker, who had three touchdowns while rushing 16 times for 249 yards.

“Our offensive line and H-backs opened up some huge holes in the running game, so we kept it basic and kept pounding the ball up the middle,” said Amherst coach Kevin Christmas.” Luke Short (power back) and Blake Wicker (speed back) are a great combo and compliment each other well in the run game.”

Short carried the ball 13 times and racked up 77 yards while scoring a touchdown.

Freshman Tyreek Belcher put the ball in the air for a 60-yard scoring pass to Tre Wright.

“I also felt good about our passing game, which wasn’t needed much due to our success in the run game. We completed several passes for big plays and our pass protection gave us time to do that,” said Christmas. “Things are coming together well and the kids are starting to see their hard work they have put in since June pay off on the field. Offensive line coach Josh Carlin has done a great job correcting the errors we saw up front in week 1 against Salem. The offensive line was the reason for the success. We have to tighten down on some sloppy errors, fumbled snaps and trying to bounce the ball outside instead of hitting the hole designated.”

Lancer Isaiah Idore converted on a pair of two-point conversion attempts while RaSaun Burford passed to tight end Logan Burnett for another two-pointer.

Another Amherst highlight came when Christian Harris opened the third period with a 35-yard kick return.