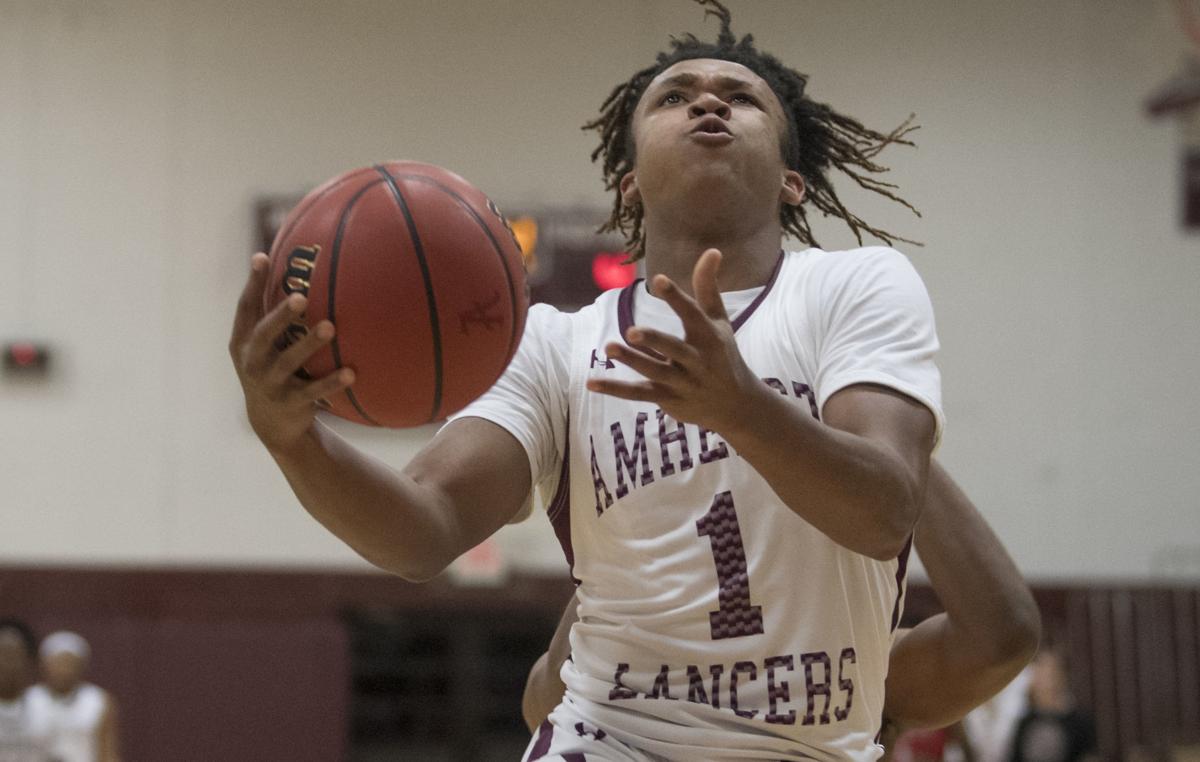 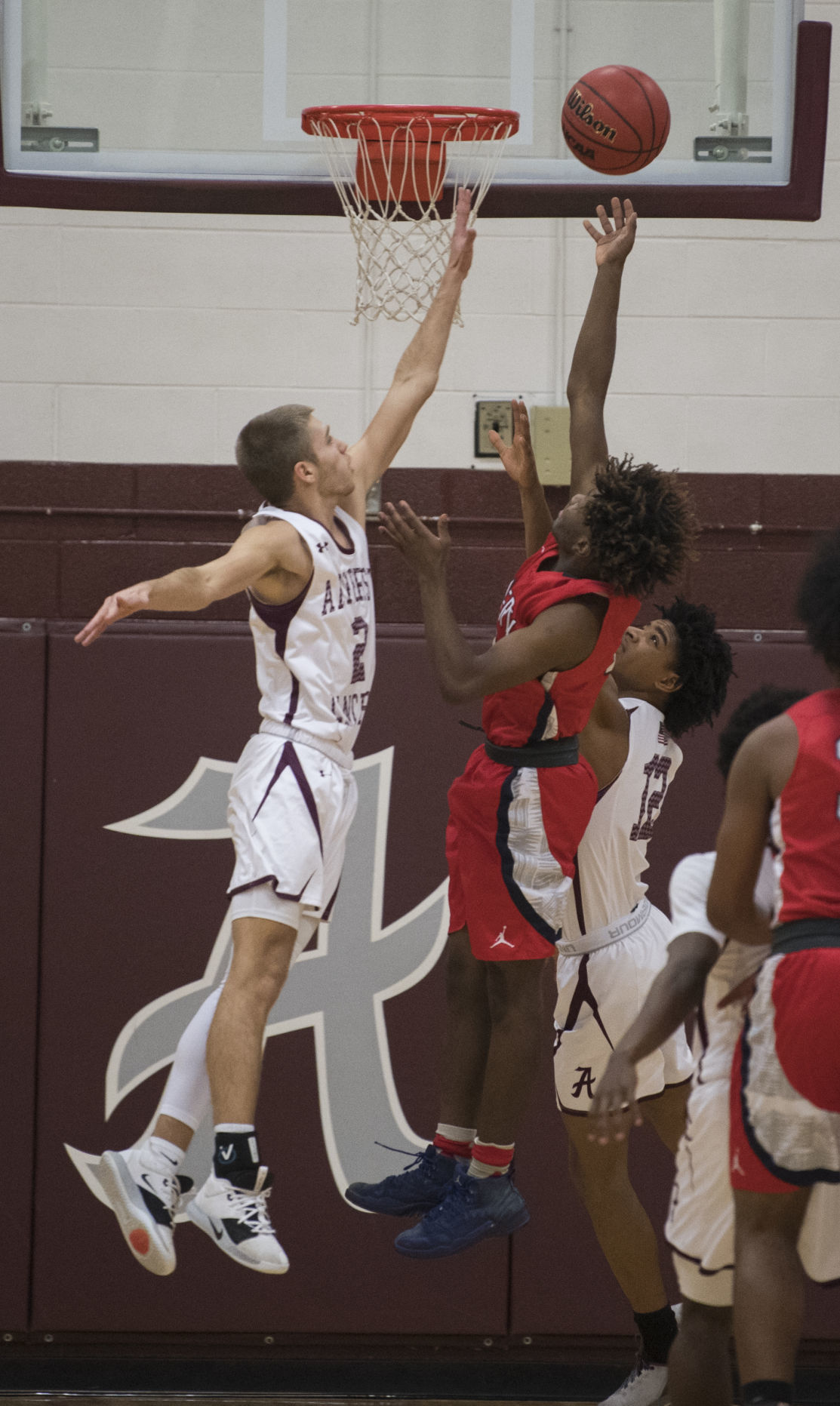 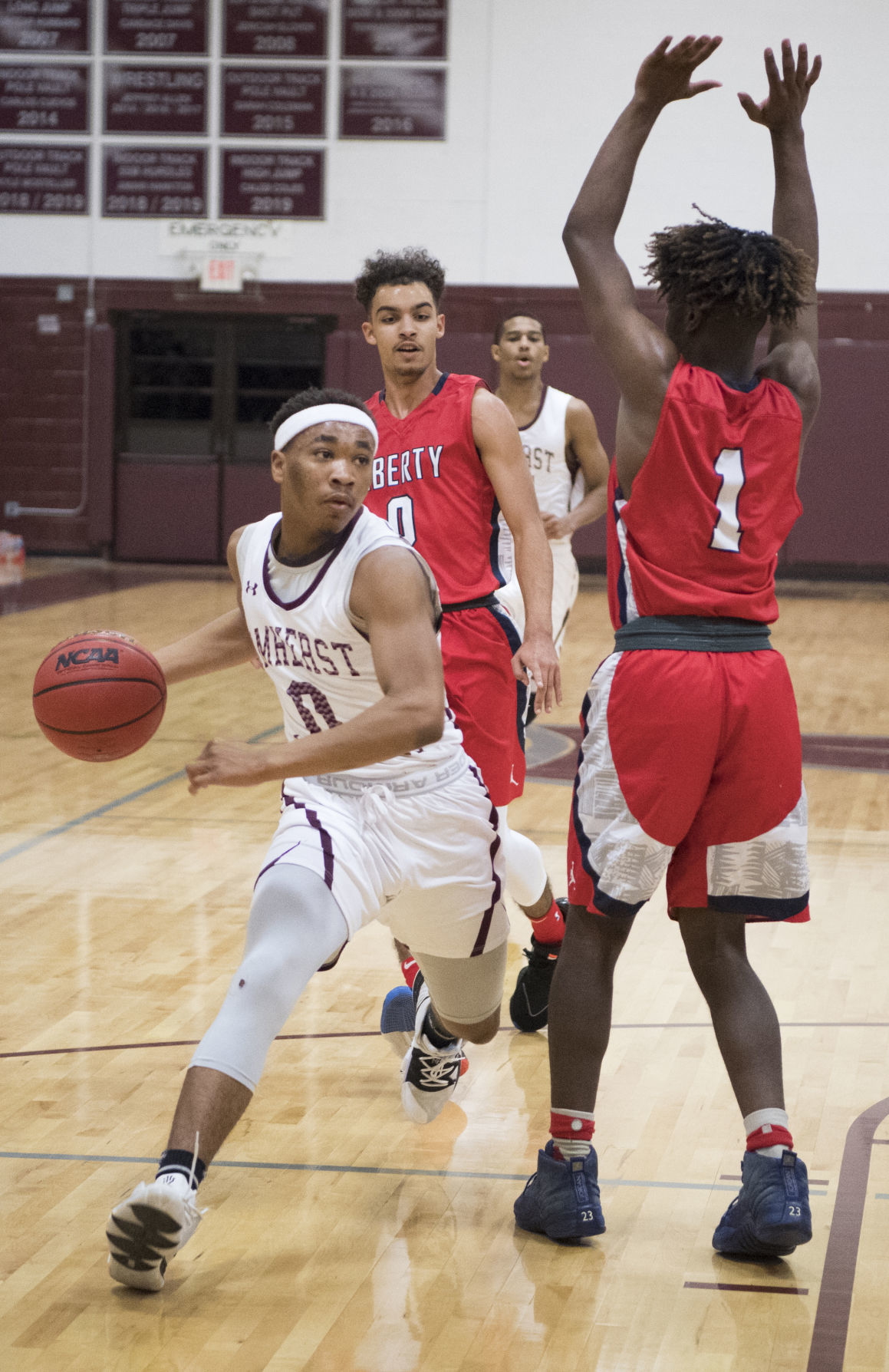 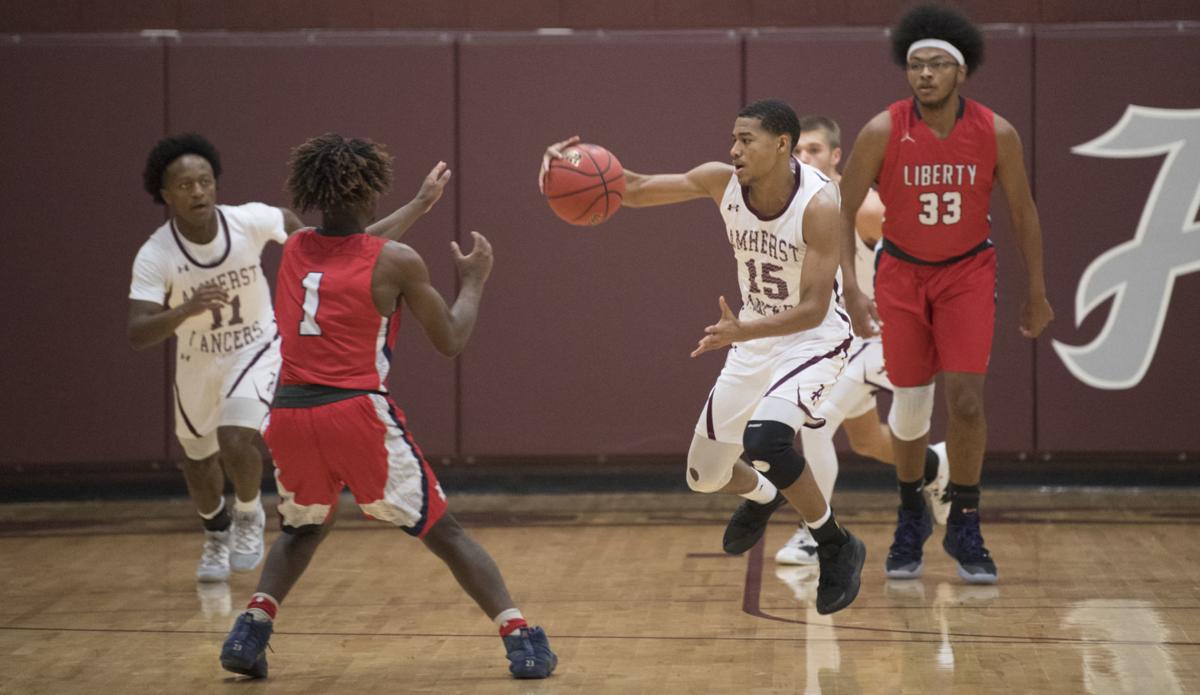 The Lancers came out playing inspired basketball and executing their offense in front of their home fans. Despite making only 3 three-pointers during the game the Lancers were 22 for 29, or 76%, from two-point range. The Lancers raced to a 18-10 first quarter lead but Liberty outscored Amherst by two points in the second quarter. The Lancers led 36-30 going into intermission.

“I remember asking assistants Bill Dawson and Brian Carter, ‘What we could do to put this game away in the second and third quarter?’” said Lancer coach Segar Jordan. “We would go up by 12 and they would hit a few buckets or threes and cut it to a 2 or 3-possession game real quick.Then when I finally thought we had them beat, they hit 5 threes in the fourth. Much credit to them for not giving up during adversity.”

Amherst seemed to grab control of the contest with a 21-10 outburst in the third quarter, leading 57-40 going into the final eight minutes. But Liberty didn’t go quietly. The Minutemen hit three consecutive three-pointers to cut into the lead and the Lancers seemed to lose all the momentum they had in the previous quarter. Liberty made 12 three-pointers during the contest.

Amherst led 63-60 with under 15 seconds remaining when Liberty fouled Lancer Elijah Butler. Butler made both shots, giving Amherst a five-point lead. Liberty came down and hit another three-pointer and was fouled on the play with 1.7 seconds remaining.The Minutemen missed the free throw but Butler was called for a traveling violation with one second remaining giving Liberty another shot to win the game or send it to overtime. The inbounds pass was deflected with time running out as the Lancers held off the comeback in the crucial district battle.