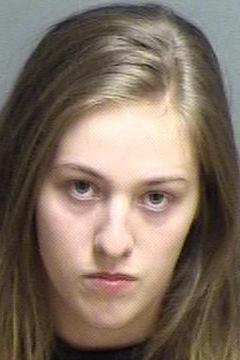 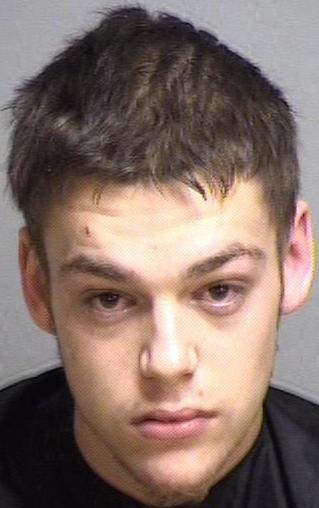 An Amherst woman was sentenced to a year and nine months behind bars after pleading guilty Nov. 13 to one count each of distributing a controlled substance, distributing marijuana and possessing a firearm while in possession of an illegal drug.

Tristan Page Whorley, 19, and co-defendant Hunter Ty-Carson Shaw, 20, were arrested May 11 following an investigation by the Amherst County Sheriff’s Office. Shaw was sentenced to 10 years in prison after pleading guilty at an Oct. 22 hearing in Amherst Circuit Court to one count of each distribution of marijuana, possession of a firearm by a convicted felon, possession of firearm while possessing a controlled substance, receiving a stolen firearm, distributing more than 10 grams of methamphetamine and two other felony drug-related charges, according to online court records.

As a result of an investigation into a shooting at another county residence, in which no one was injured, authorities executed a search warrant at a home on Poor House Farm Road the co-defendants were at and seized several firearms, 19 grams of methamphetamine and three ounces of marijuana, the Amherst County Sheriff’s Office has said.

Investigators upon searching the home on Poor House Farm Road found a large quality of a plant material that contained marijuana, a crystalline substance that tested positive for meth and weighed 17 grams and a 9mm handgun, Drumheller said at Shaw’s Oct. 22 hearing. Investigator Clay Thompson discovered a .45-caliber Beretta handgun at the home was stolen from an individual in New Jersey, according to Deputy Commonwealth’s Attorney Amber Drumheller.

On two other drug charges, Shaw took part in a controlled drug buy on April 5 involving a confidential source and two Virginia State Police task force officers, Drumheller said at Shaw’s hearing. A bag Shaw gave the confidential source during the purchase in the Stump Hill Road area of Madison Heights was found to contain meth, the prosecutor said.

Another controlled drug buy took place four days later at the home on Poor House Farm Road Shaw was residing at, Drumheller said. A bag Shaw provided to the confidential source was found to contain meth, she said.

Shaw and Whorley were a couple at the time of their arrests, according to prosecutors. Shaw has 115 years of suspended prison time in his case while Whorley has 33 years and three months of suspended jail time. A felony count each of manufacturing a controlled substance and possessing ammunition as a felon against Shaw were dropped, court records show.