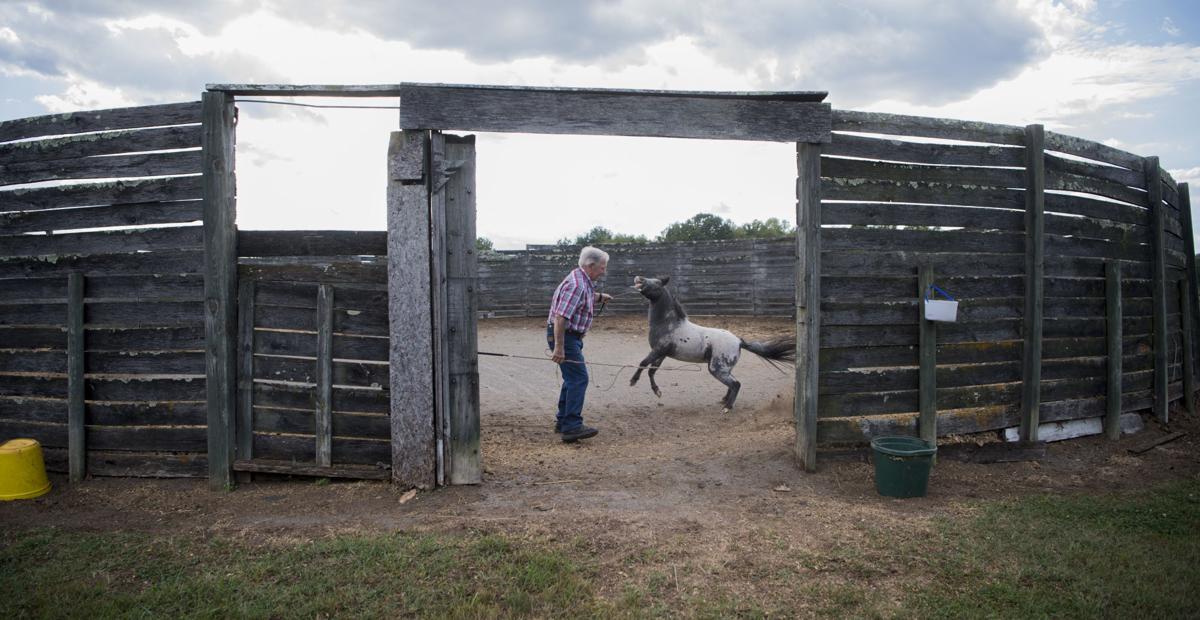 Tony Benvenuto works with Midnight Storm in the round pin to give the miniature horse a chance to work off some energy at the Standing Ovation show barn for miniature horses in Elon. 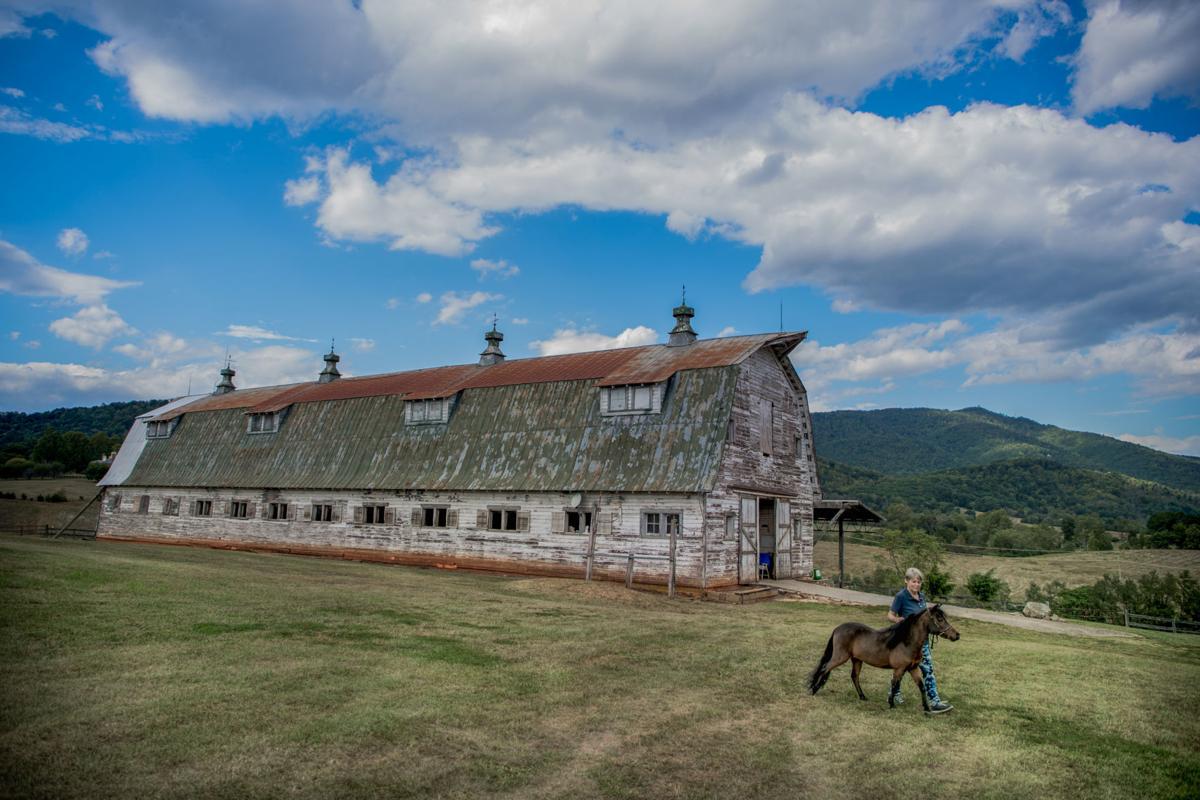 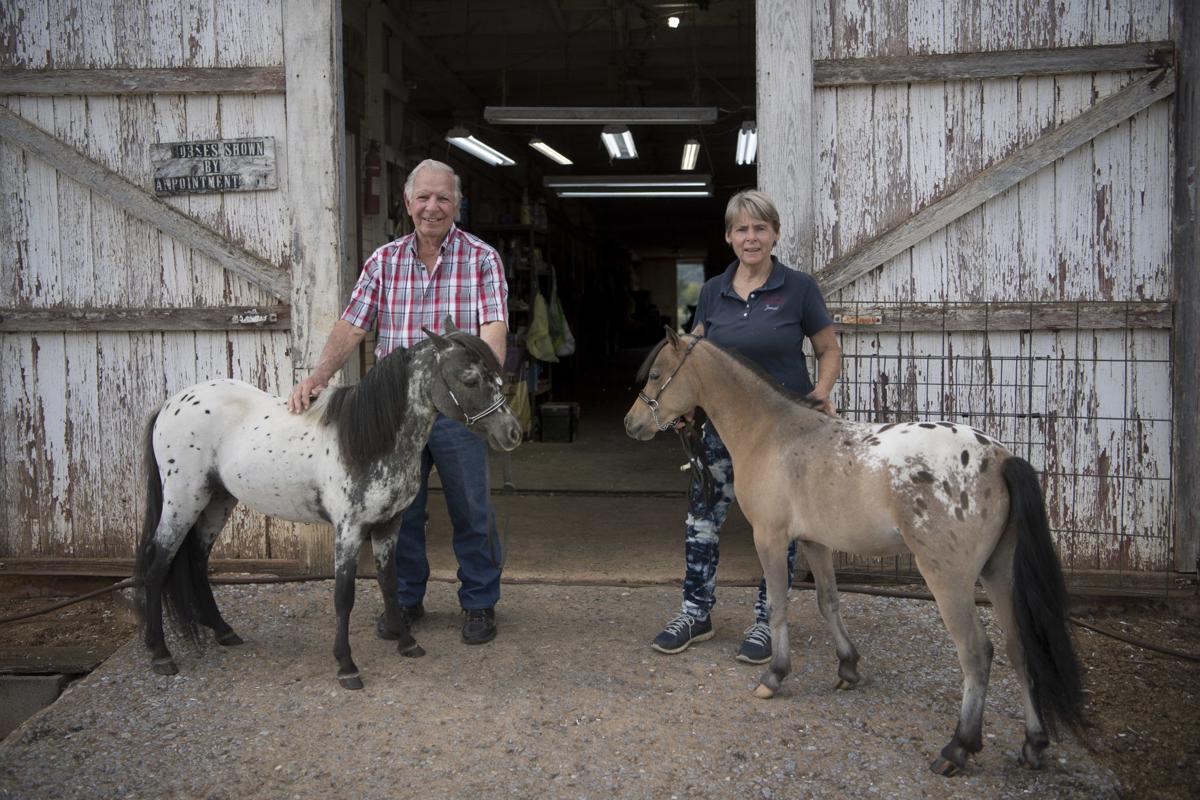 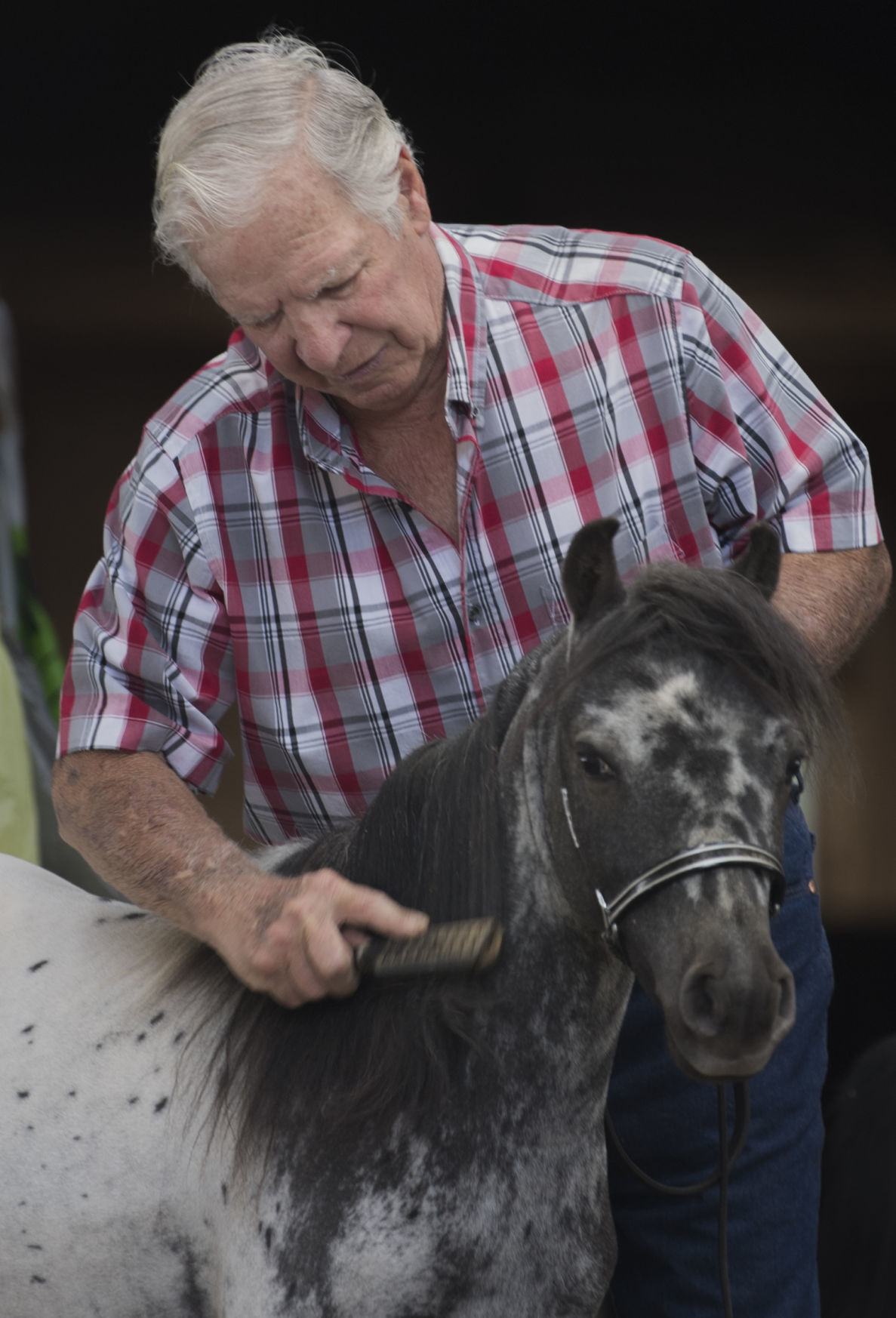 Tony Benvenuto works with Midnight Storm in the round pin to give the miniature horse a chance to work off some energy at the Standing Ovation show barn for miniature horses in Elon.

ELON - At age 80, Tony Benvenuto still can remember the teacher in sixth grade asking what he and other students wanted to be when they grew up.

The Amherst County resident and co-owner of Standing Ovation Miniatures, a haven for miniature show horses, didn’t hesitate to answer.

“I was born to be a horse trainer,” Benvenuto said, sitting in a show barn on a hot late September afternoon with the the thick smell of the horses nearby in the Elon area. “I wonder how many in that same classroom did what they said they would. I know I did. It was my first love.”

The close connection Benvenuto and co-owner Janet Lewis share with the horses is as gentle and peaceful as the pristine view of the mountains in the background of the show barn just off Virginia 130 on Albert Farm Road. The couple breed the horses and raise them to become show horses on a circuit of shows across the country from April to October on the Amherst farm and 11 acres of another farm in Concord.

Benvenuto calls the animals “my babies” and approaches them with a soft touch. A New Jersey native, he is in his 59th year training horses and recalls the beautiful breeds roaming on property adjoining his aunt’s home and how he would find ways to lock his eyes on them.

“If I could hang out and look at them I was in heaven,” he said.

Lewis, who grew up in Detroit in a family-run Holiday Inn, also recalled the strong love of horses she had as a kid and admiring them from a distance because her mom didn’t share the fascination. Her mother took her all over to see them and feed that love.

“My mom said the very first word I could actually say was ‘horse,’” Lewis said.

City life prevented her from having one until she moved to Florida and got her first horse, Jans Atta Girl, in 1985. She’s about 34 years and still going strong today, Lewis said.

The couple started the miniature horse breeding business in 2000. Benvenuto came to Virginia from California, she arrived from Florida and they met, fittingly, in a barn.

“We always say it’s not our business, it’s our passion,” Lewis said.

At first Lewis said she didn’t understand the attraction many had to miniature horses. She recalled picking one and bringing it to Benvenuto and discussing what they could do with him. The couple took him to a show, he won and they’ve bred many more since with an affection for the process to raise and train them before showing them off the masses.

“You have a standard you follow and try to breed to the best of that standard,” Lewis said. “Nothing’s ever perfect, but you breed the best you can.”

The couple work with the handful of horses preparing for shows at the barn in Elon where Benvenuto lives, while Lewis has just more than two dozen former show horses or future ones on the Concord farm. They recently returned from an American Miniature Horse Association show in Fort Worth, Texas, from which they brought back a reserve world champion award for stock mare, the couple said.

The show horses are kept in shape and on a show diet for much of the year and get some off time as well. The couple do about a show a month for two-thirds of the year and go to states such as Ohio, Kentucky, Georgia, Maryland and Oklahoma, as well as Virginia, in showcasing their miniatures.

“In the miniature horse world, the motto is they’re like potato chips. You can’t have just one,” Lewis said.

The couple said their work with horses has taken them all over the world and led them to encounter many people, a journey they’ve enjoyed. Benvenuto has mentored others on how to handle horses and said he likes to pass that knowledge on when he can.

“I know how hard it was for me being self-taught,” he said.

The partners also have a branch called New Beginnings at Standing Ovation, which focuses on raising Appaloosa horses, a breed they said is popular in the equestrian community. On what inspired the business’s name, Lewis said they had talked about striving to have show horses that would cause people to stand and applaud.

“It’s a way of life,” Benvenuto said. “It’s not for everybody. You’ve got to eat, sleep, think and breathe horses.”

The Elon show barn also is home to “Miss Virginia Tech,” a miniature horse born of a mare named Ginger and given that name in honor of the school’s Virginia-Maryland College of Veterinary Medicine saving her mother’s life through surgery. Ginger suffered a devastating hip injury that could have led to her being put down if not for the college’s intervention.

Ginger took more than a year to recover and still roams the farm with her daughter. “She’s just like her mom,” Lewis said of Miss Virginia Tech, looking over with a warm smile as the two stood side by side. “She has won a lot [at shows]. She’s followed in her mother’s footsteps.”

While some bigger farms take as many as 30 miniature horses to shows, Benvenuto said, he and Lewis are content to take four or so when they hit the road. Their love for showing off the horses hasn’t slowed down and is as strong as when they started, Benvenuto said.

“I tell everybody I’m in it to win, no matter how old I am.”