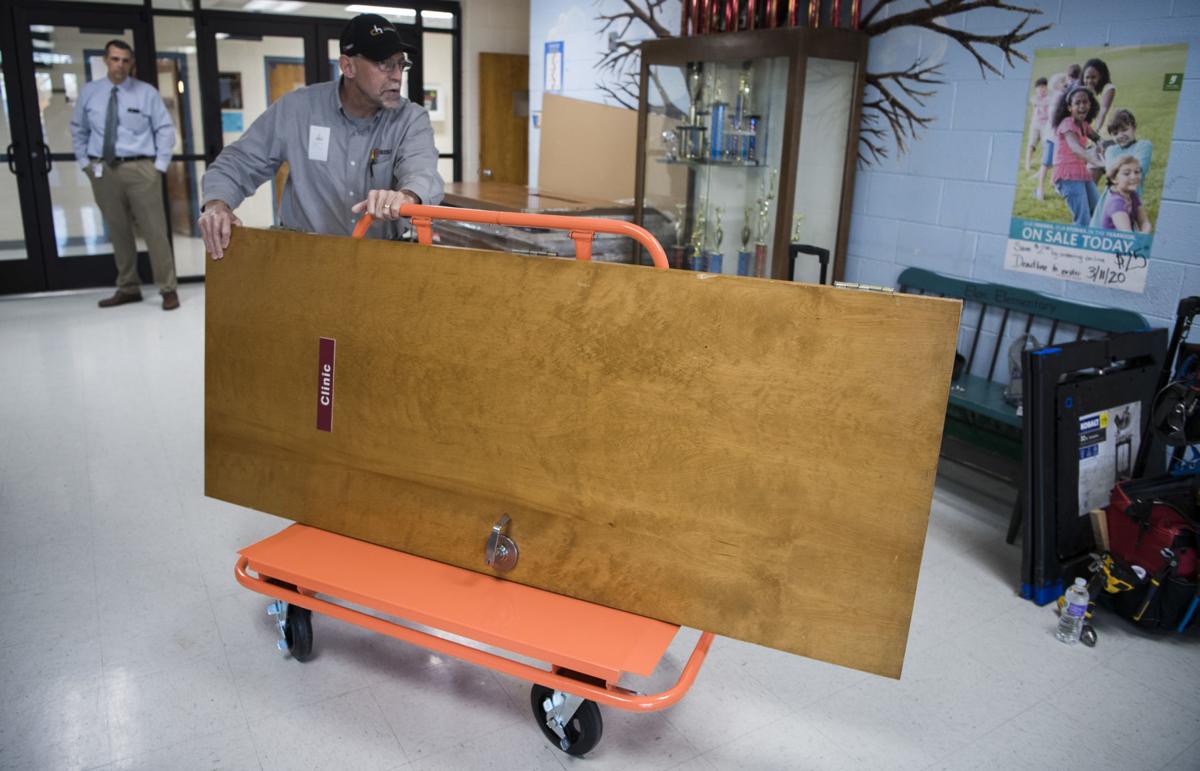 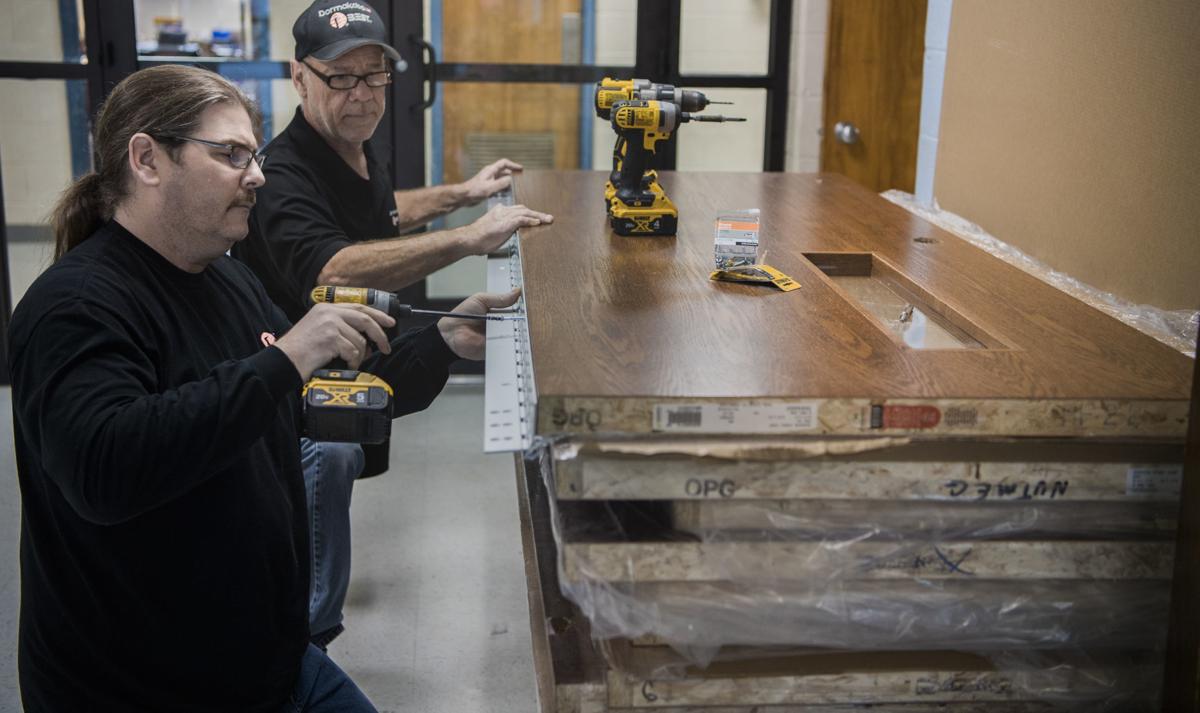 Kevin Lewis, who was among workers installing new doors at Elon Elementary School on Jan. 6, looks over a stack of doors. 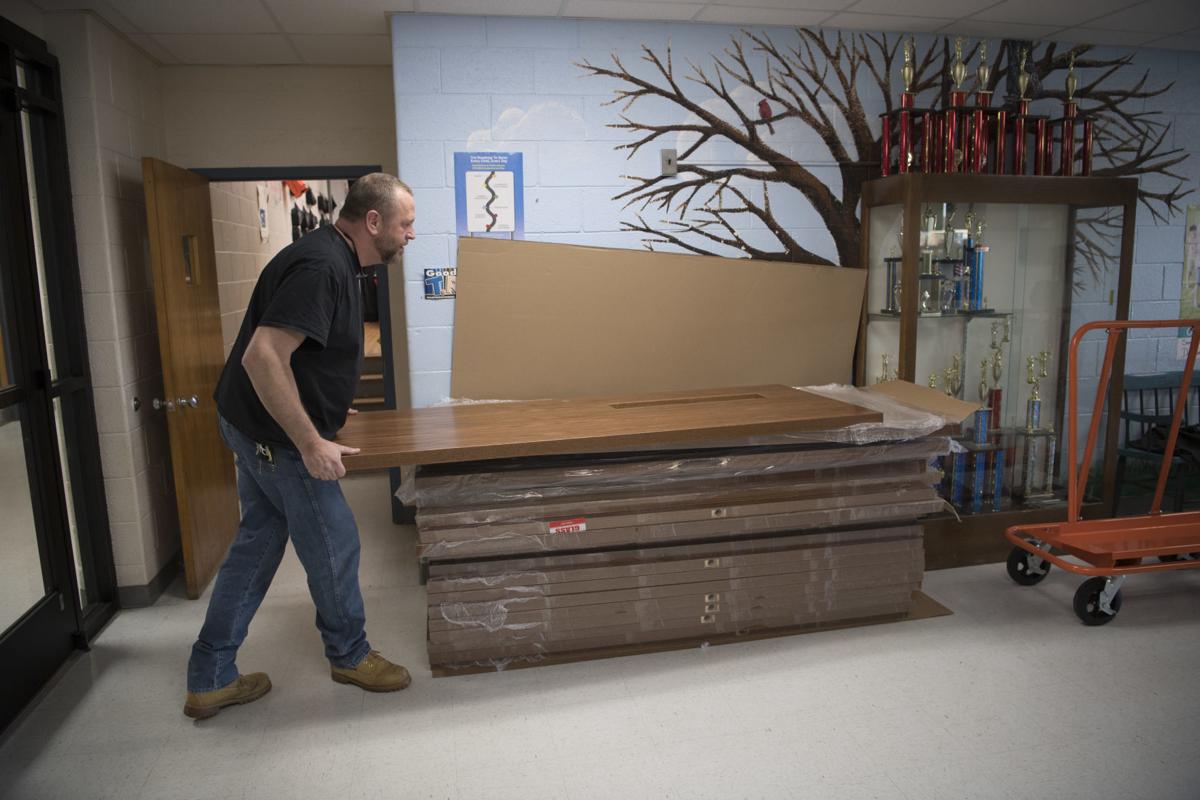 Kevin Lewis gets a door ready for installation at Elon Elementary School on Jan. 6.

Kevin Lewis, who was among workers installing new doors at Elon Elementary School on Jan. 6, looks over a stack of doors.

Kevin Lewis gets a door ready for installation at Elon Elementary School on Jan. 6.

ELON - The doors of Elon Elementary School are as old as the Amherst County school itself which was built just more than a half century ago.

If someone with bad intentions tried to get into a classroom they could knock out a pane, reach in and open the door, according to William Wells, assistant superintendent of Amherst County Public Schools. The situation is similar at several other county schools.

“In today’s environment, these doors are not secure,” Wells said.

That will change this semester as an overhaul of the doors is underway, starting at Elon Elementary. On Monday afternoon after students left for the day, workers of Dormakoba, an international company, began installing the new doors.

Crews are working in afternoon and night shifts to put in several dozen new doors at Elon Elementary. The project also includes Amherst County High School and Amherst Middle School, which have interior doors dating back to the 1950s when they were constructed, and Temperance and Amherst elementary schools.

Elon is the first stop for the door replacement project, which cost $428,182 and is funded through the division’s capital improvement plan, Wells said. In coming months the other schools will be worked on and the goal is to have all new doors installed by spring, he said.

The new doors are fire-rated and much more difficult to break down if outside threats arise, Wells said. Each teacher will have a specific key to their classroom.

“It’s another layer of security,” Wells said, adding of the measure: “We feel like we are taking steps in the right direction to aid us in the security process.”

The security enhancements also come as the division is wrapping up work on vestibules, or areas at school entrances that direct all visitors into a main office area to immediately get clearance from staff before gaining access to the school.

Security cameras also are in place at all schools and four school resource officers are stationed in the high school, the two middle schools and the Amherst Education Center in Madison Heights, Wells said. Those officers have a presence in the elementary schools and the division works with Virginia State Police to have walk-in visits, he said.

“If something happens all of them respond,” Wells said of law enforcement.

In 2019 a new protocol, Enforce 911, launched that sends notifications to all county sheriff’s deputies in the event of an emergency in the schools.

“They get here pretty quick,” Wells said of deputies’ response.