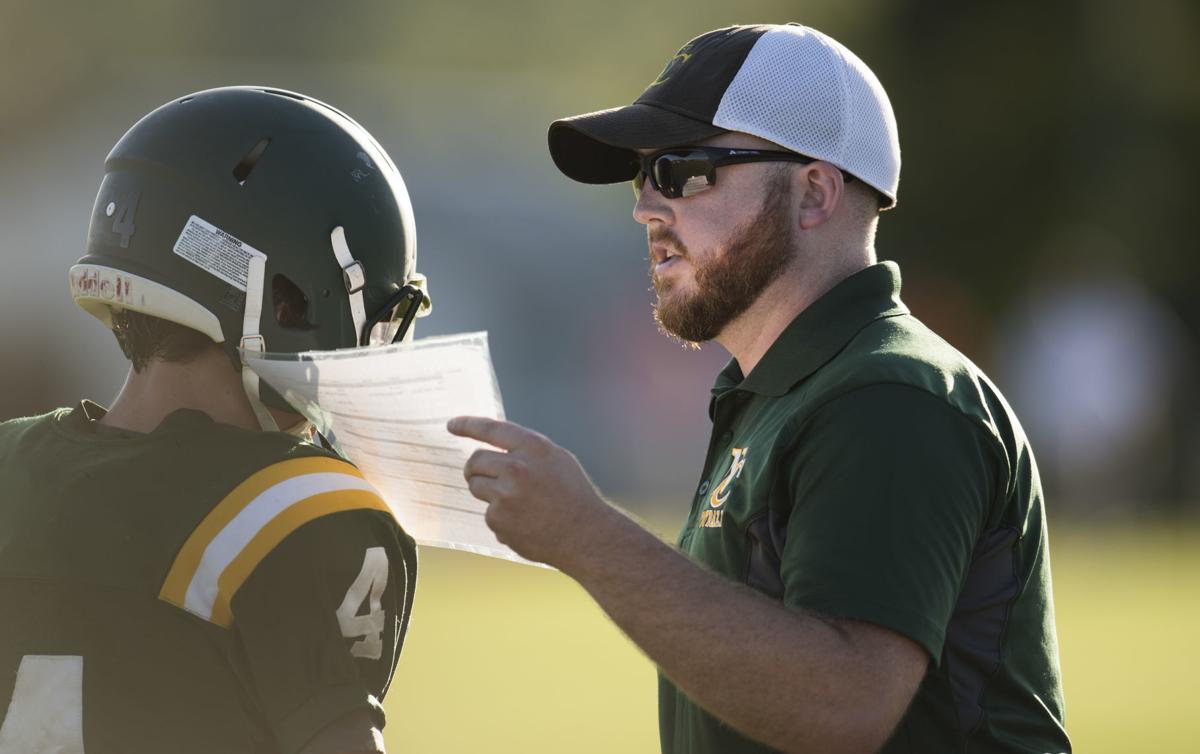 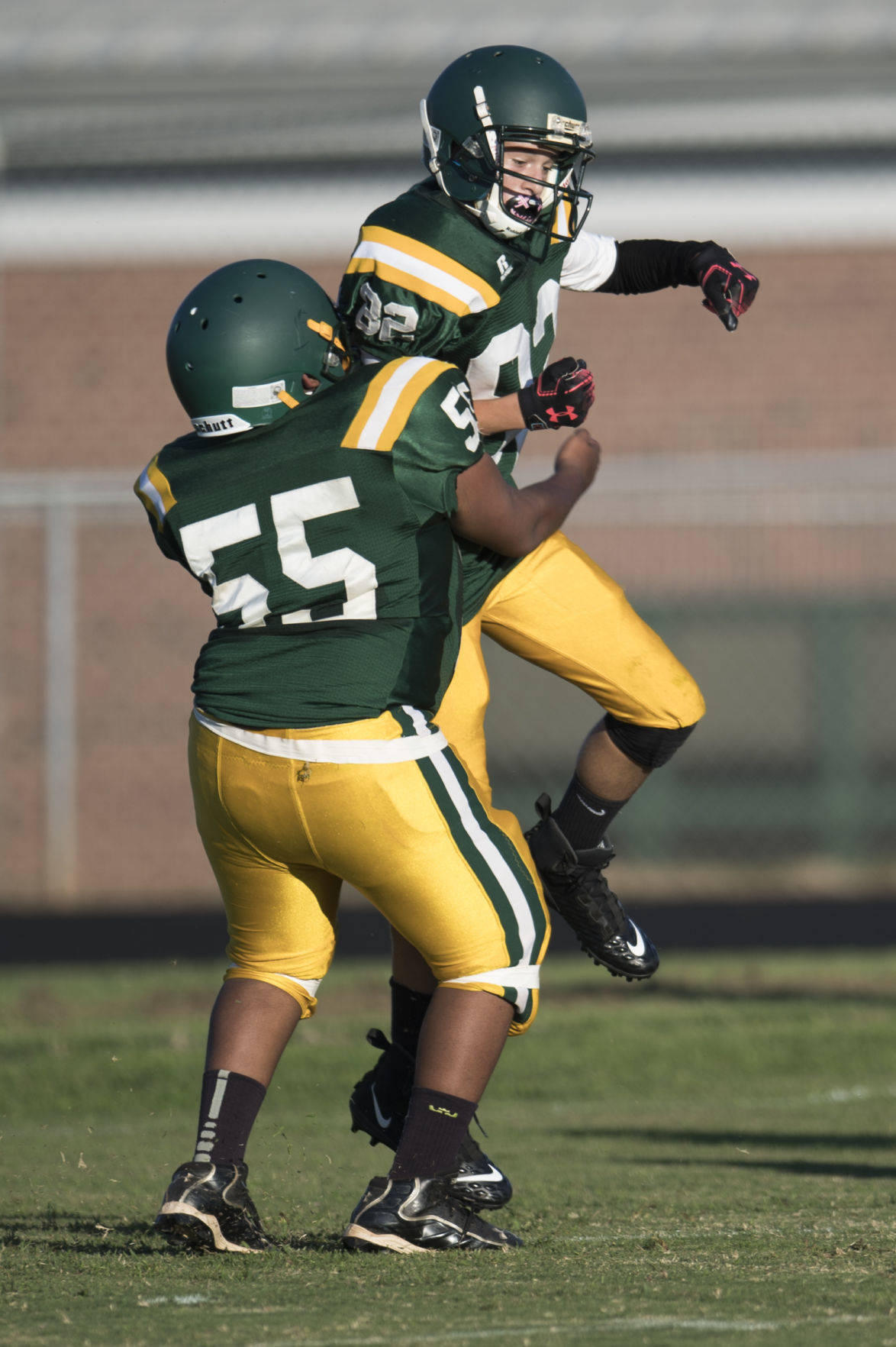 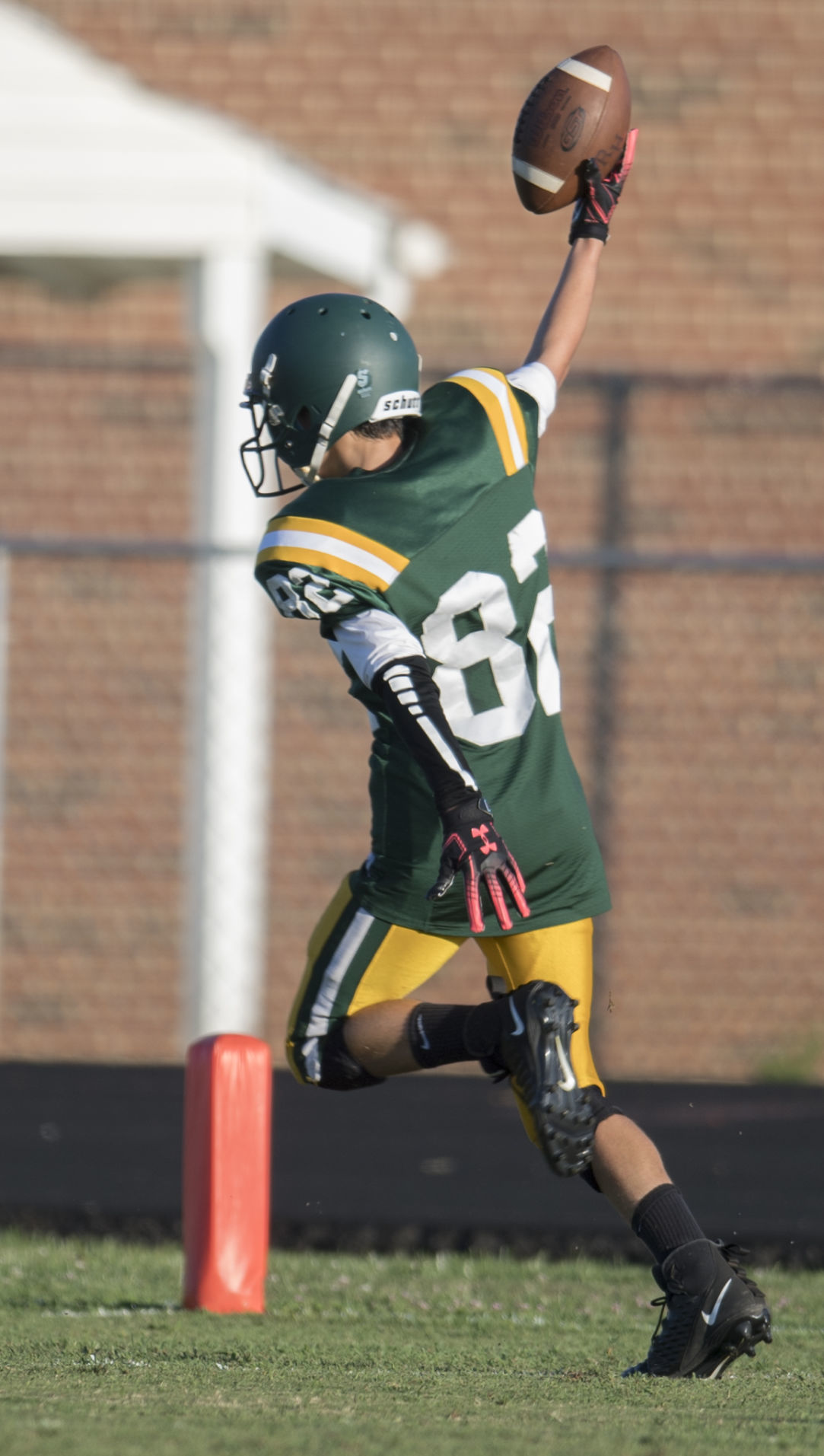 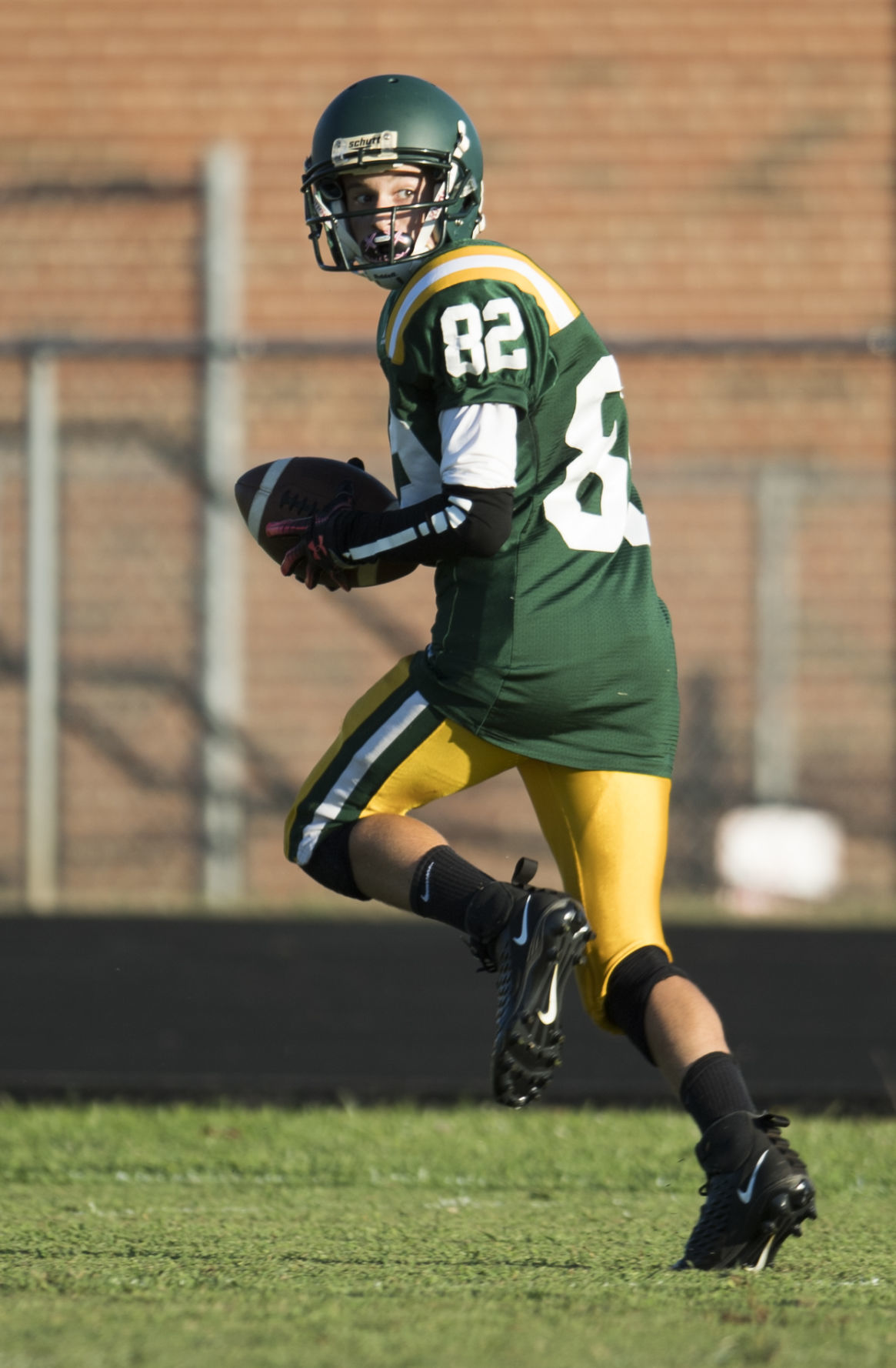 Nelson junior varsity defensive end James Allen looks back but there is no one near him as he hustles downfield after scooping up a Randolph-Henry JV fumble. 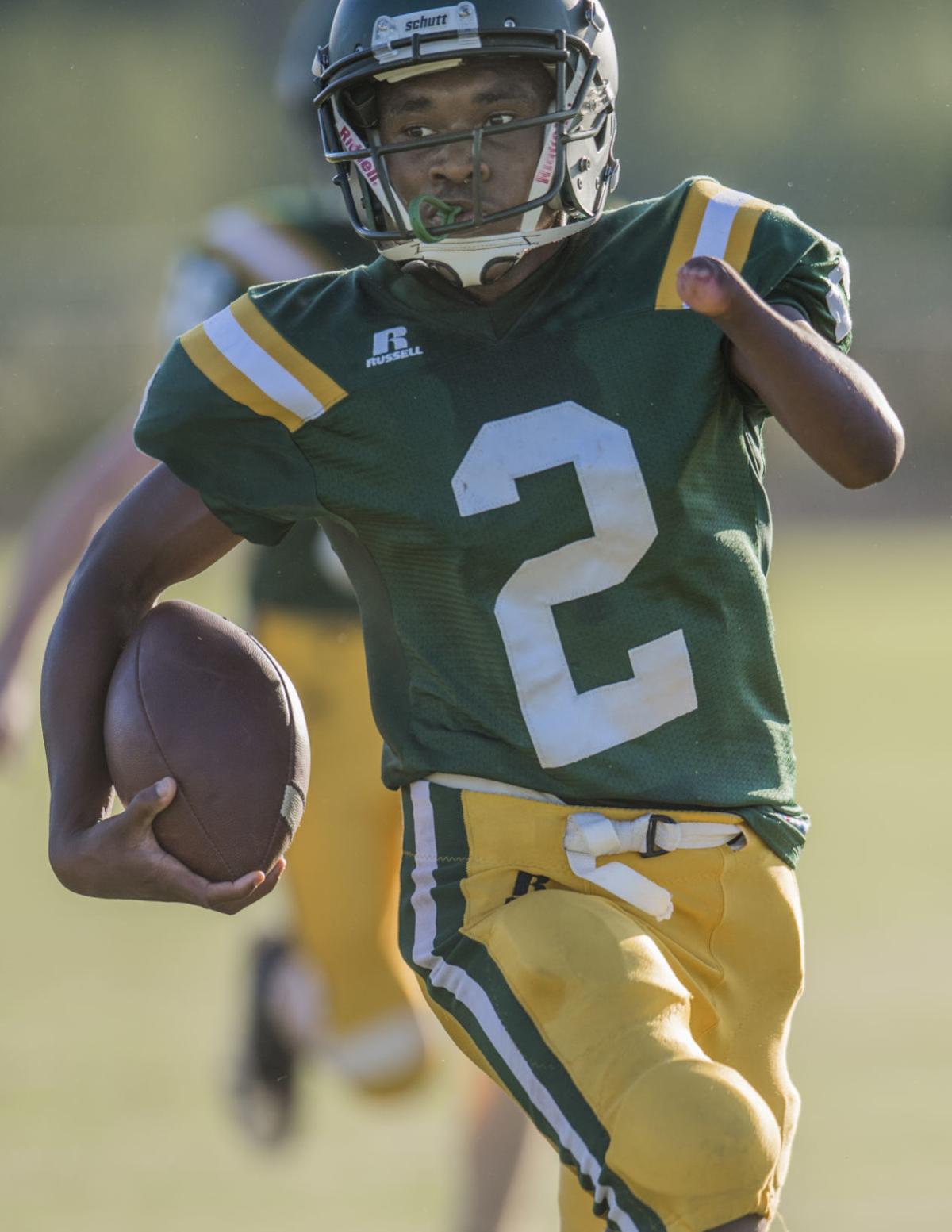 Adonijah Hubbard streaks down the sidelines against the Statesmen.

Nelson junior varsity defensive end James Allen looks back but there is no one near him as he hustles downfield after scooping up a Randolph-Henry JV fumble.

Adonijah Hubbard streaks down the sidelines against the Statesmen.

The Lt. Govs football team has 28 players on the roster and for Nelson coach Brennan Banton this is a good thing.

“This is a good turnout,” Banton said. “With this being our first year back in the Dogwood with a traditional 9th and 10th grade JV, we are very pleased with the turnout.”

The coach stated several things about his team that have the future looking good.

“There are many positives that I have seen so far but specifically these guys are eager to learn football, which is so exciting.” Banton said. “The youth programs are doing a great job of getting kids interested at young ages and that really is helping build our entire program back up. The players come to practice and work really hard and want to be coached.”

Being prepared for the next play is the theme the staff in trying to instill in the team.

“Our players have done a really good job of buying into our ‘next play’ mentality. Whether it be a good play, or a bad play, it’s always about being prepared for the next play,” Banton added. “And our guys have responded well to that. That will take them far on the field and in life.”

In a recent junior varsity game against Randolph-Henry, defensive end James Allen was involved in a gang tackle with teammate Chase Williams knocking the ball loose, and Allen showed a heads-up play by scooping up the ball and rambling down field all along for a Nelson touchdown.

“What a big-time play by our defense,” Banton said.”Our guys did a phenomenal job of rallying all 11 hats to the football and when you do that opportunities for big plays happen on defense.”

Banton stated his team could use a little more muscle.

“We definitely need to get stronger in the weight room. That is probably the next big step that we want to take with our JV program is getting these guys in here in the offseason and lifting,” Banton said. “Offensively, we need to continue to get reps in and continue work on learning the plays and our terminology.”

With the season only a few games into the schedule Banton listed his goals for his young team.

“My goals for this year has been to recruit kids to want to be a part of our program and we have accomplished that by having 28 kids join our team. Next will be putting them in the best position to succeed out there on the field for this season and for many seasons to come. I hope to create a love of the game and keep these kids interested in where the game of football can take them,” Banton said.

“Football is a great tool to make better men, husbands, fathers, and employees for our world. We work closely with varsity, and that’s one of the main purposes of a JV team, he added. “Build them up now, teach them the concepts and terminology that varsity uses, so they can be successful at the varsity level when they are called up.”