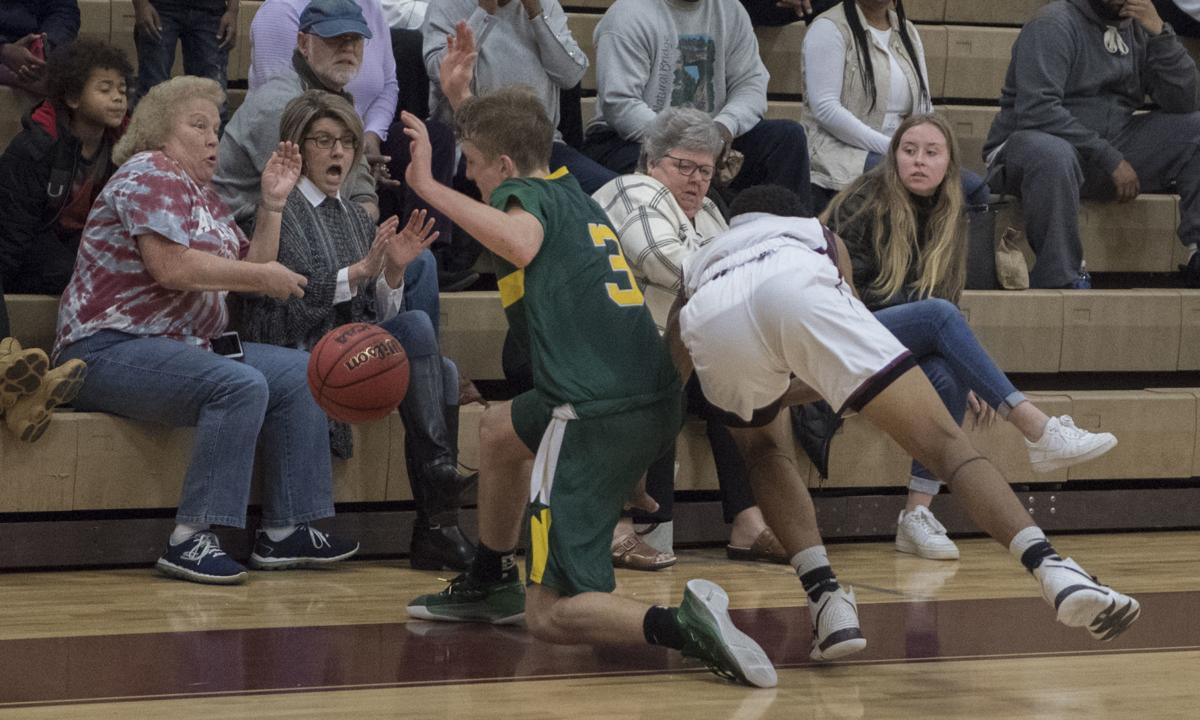 The crowd reacts to Gov Houston Carter and a Lancer crashing into the stands. 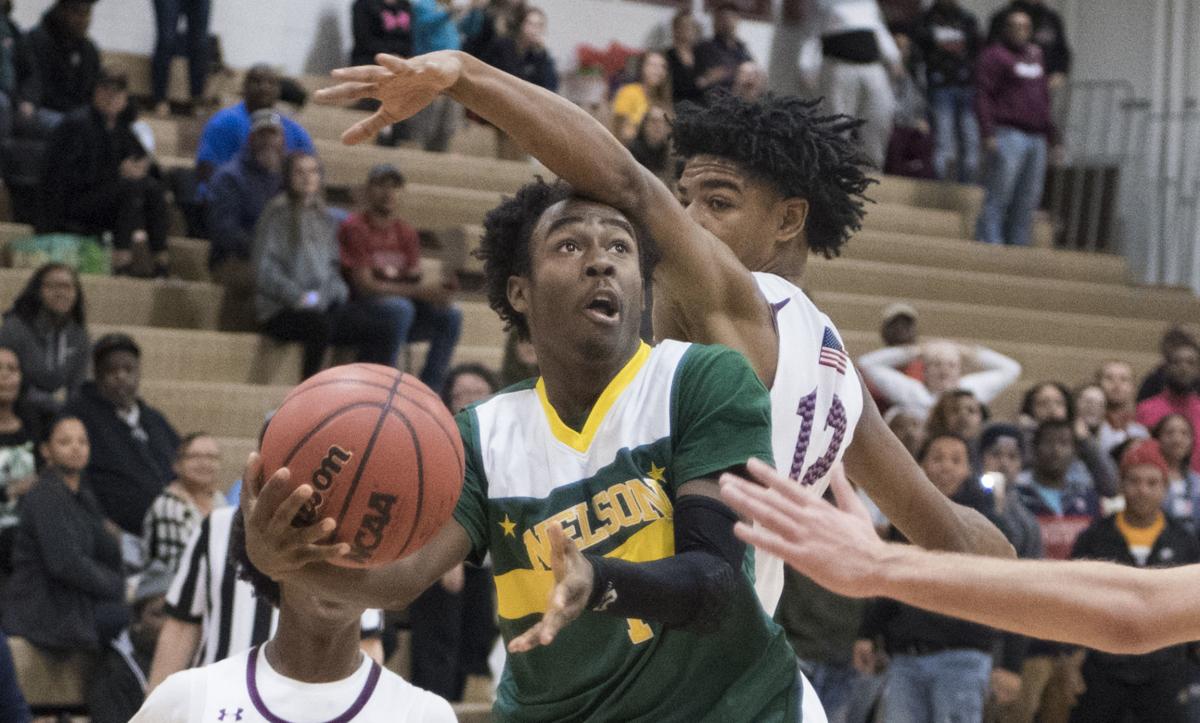 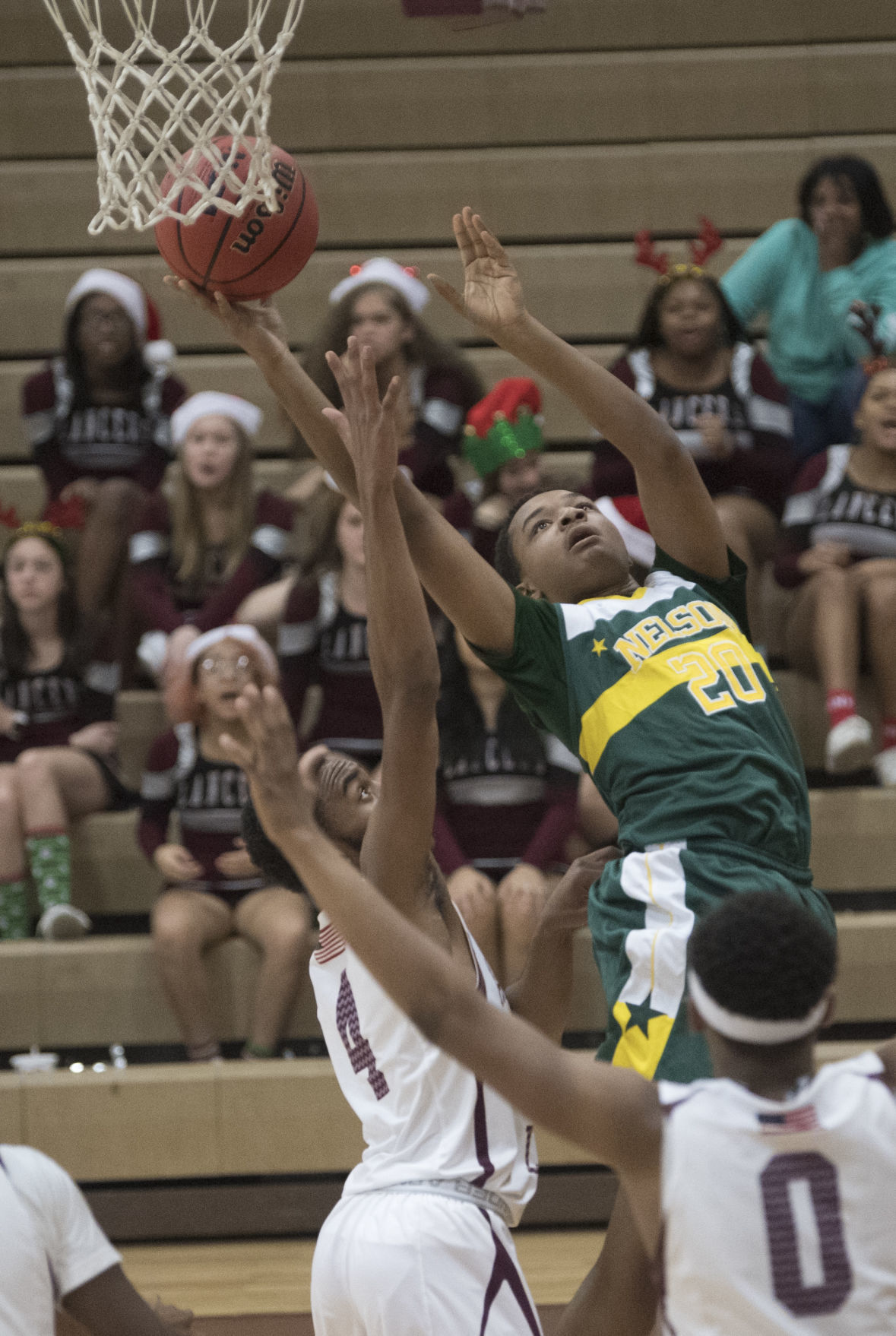 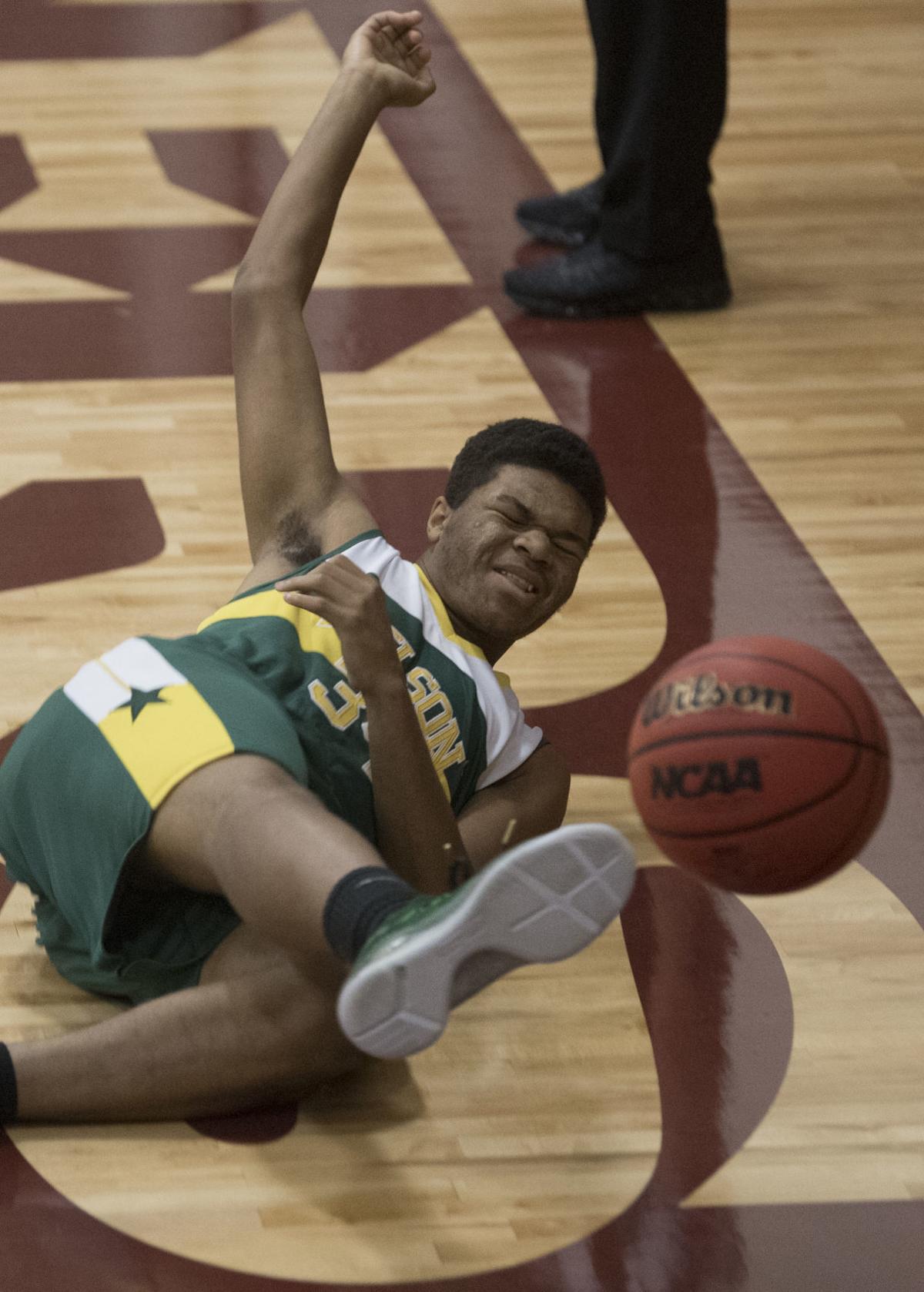 Gov Kavin Cater hits the floor while diving after a rebound during a Dec. 20 game against the Lancers. 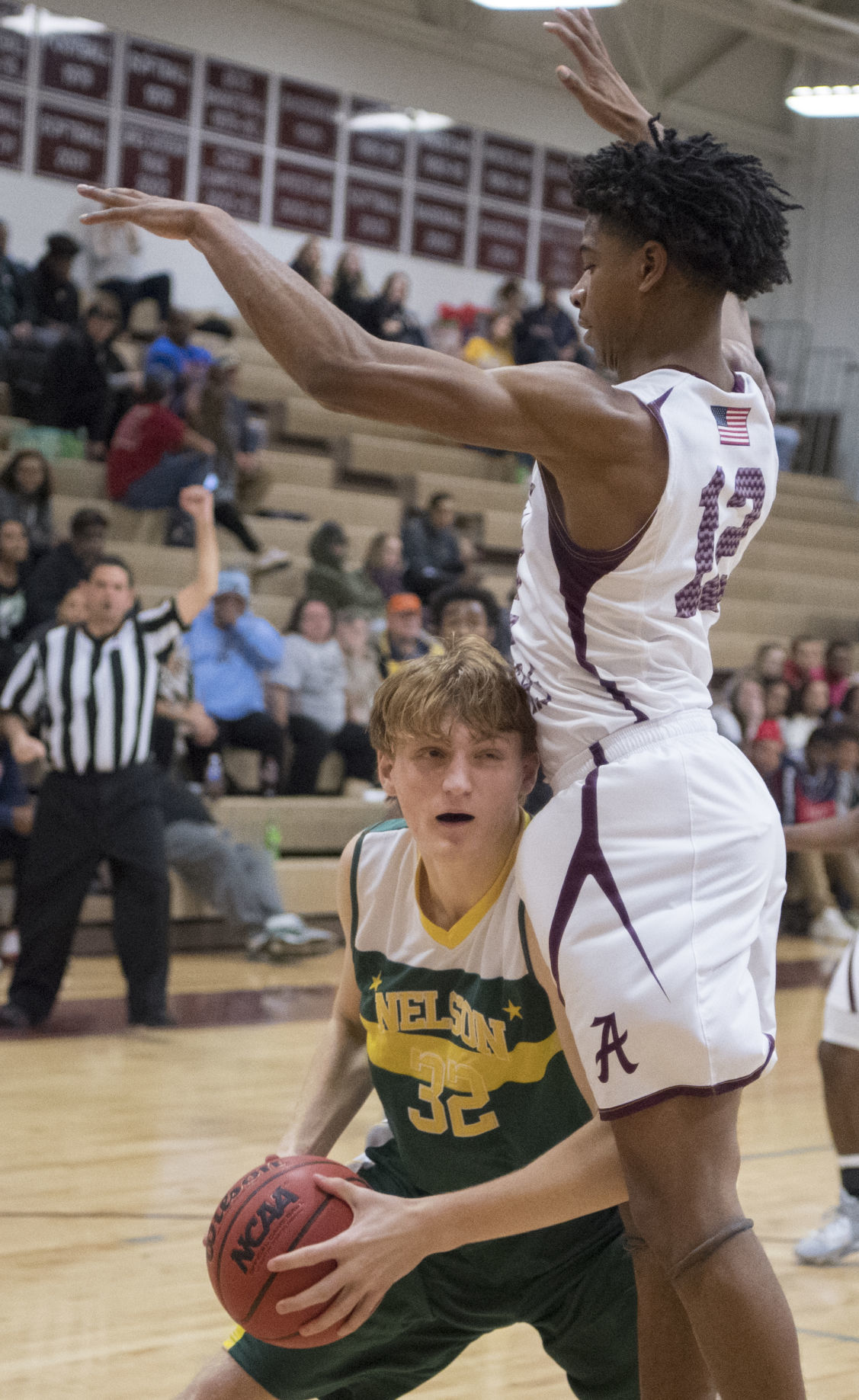 Gov Jaren Purvis runs into Lancer defender Juwaun Wright under the basket during a recent game.

The crowd reacts to Gov Houston Carter and a Lancer crashing into the stands.

Gov Kavin Cater hits the floor while diving after a rebound during a Dec. 20 game against the Lancers.

Gov Jaren Purvis runs into Lancer defender Juwaun Wright under the basket during a recent game.

The Govs boys basketball team battled Amherst County on Dec. 20 as the two squads stood their ground but the Lancers won a close 53-50 contest on their home court.

“This was a tough loss for us, we put our hearts into it and showed some fight tonight,” said Nelson coach Brian Wilson. “We played well on defense and executed our offense OK. We can’t allow ourselves to get sloppy and we have to maintain our composure. It was difficult establishing our inside presence tonight as our big post player Jaren Purvis was in foul trouble pulling him for the majority of this game. Our other bigs stepped in and performed well, but just felt like we were boxed in and not able to play our game.”

Wislon also added his praise for the game Amherst played.

Brice Wilson was the only Gov to score in double figures with 13 points.

The Govs led 26-10 at the half but in the third and fourth quarters Amherst posted 34 points while Nelson had 24.

The Govs team spent part of its Christmas Eve competing in the Roger Bergey Classic.

“Stuarts Draft plays at a different pace and is able to force you into changing your game plan and speeding up. We allowed ourselves to slip into this style at times, but I thought we did a wonderful job staying the course and remaining discipline at playing our game,” said Wilson. “We handled their pressure and were able to capitalize on it on the offensive end.”

The Govs also played in the Daily Progress Holiday tourney and fell to West Potomac, 66-56, but took down Kettle Run High School, 59-41.

The Nelson squad heads to Dan River on Jan. 7 to take on the Wildcats in a Dogwood District showdown.