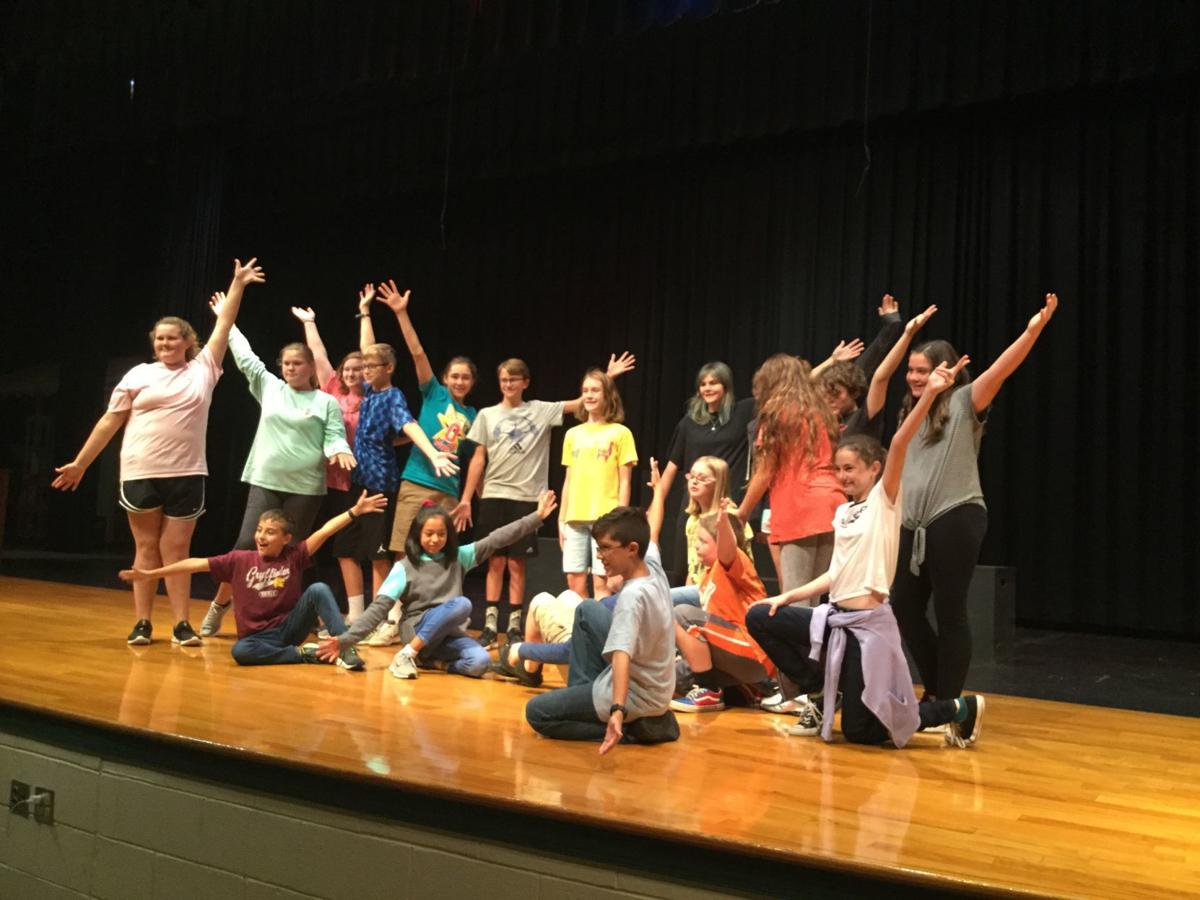 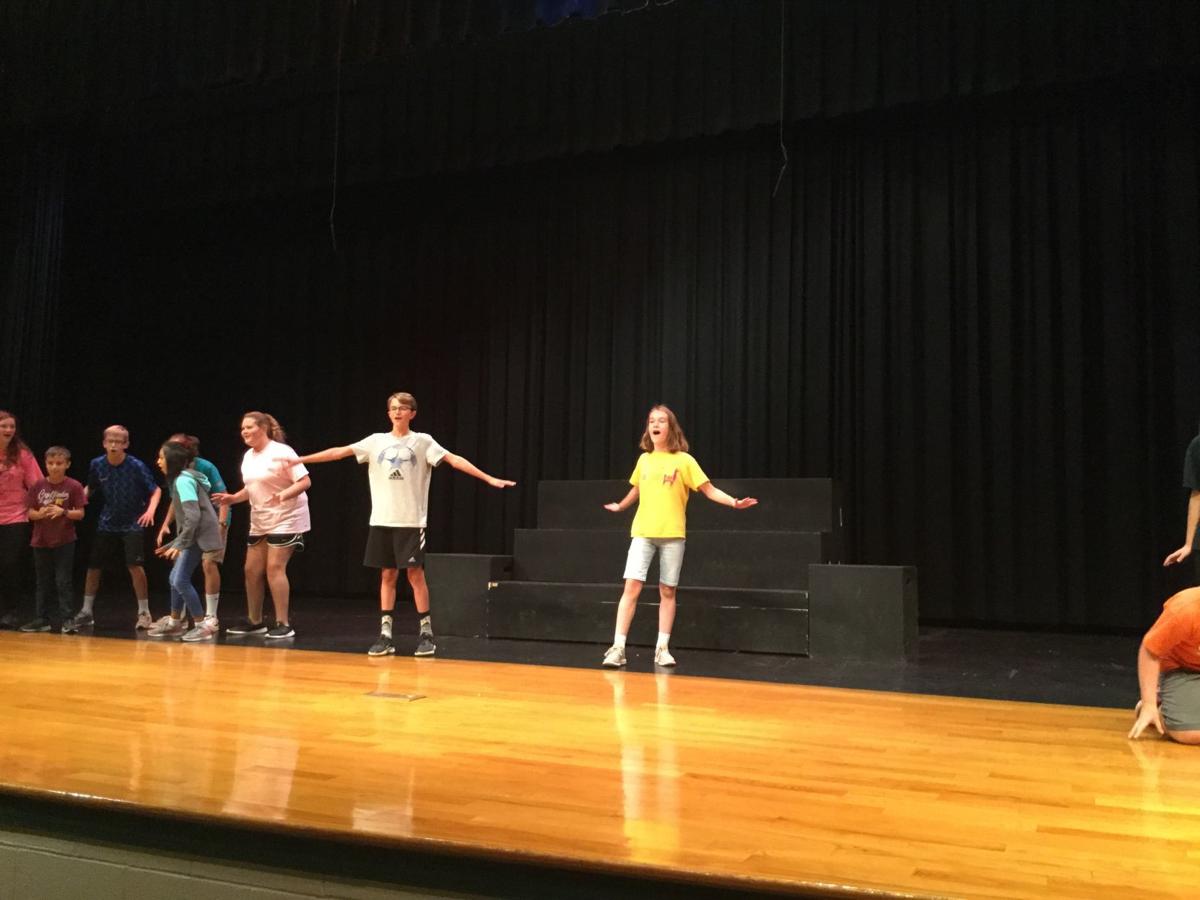 Cast of James and the Giant Peach, Jr.,  rehearses on Oct. 1 with Lily Perry, playing James, in the center. 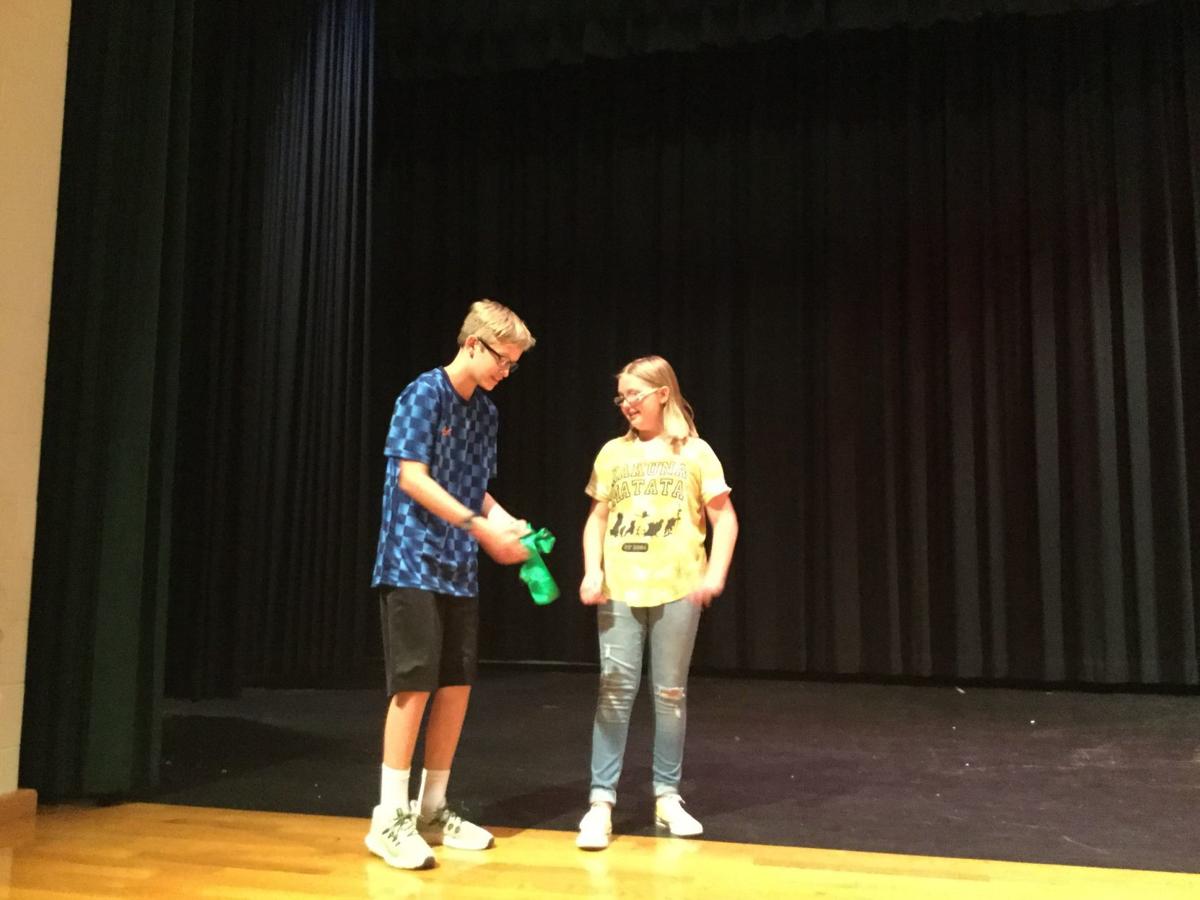 Levi Edwards (left) and Addy Stewart (right) rehearse their parts for James and the Giant Peach, Jr. on Oct. 1, 2019. 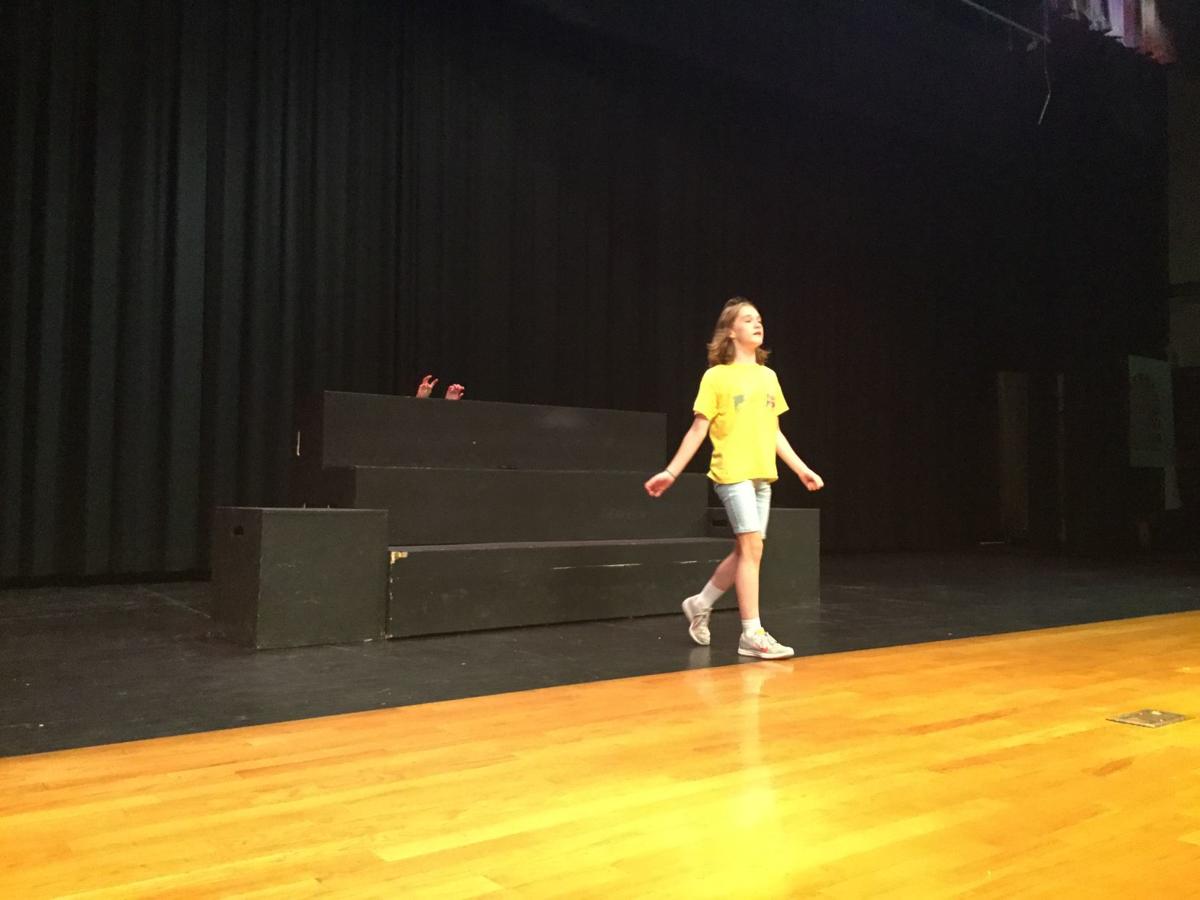 Lily Perry, playing James in the middle school musical James and the Giant Peach, Jr.,  rehearses a song on Oct. 1, 2019.

Cast of James and the Giant Peach, Jr.,  rehearses on Oct. 1 with Lily Perry, playing James, in the center.

Levi Edwards (left) and Addy Stewart (right) rehearse their parts for James and the Giant Peach, Jr. on Oct. 1, 2019.

Lily Perry, playing James in the middle school musical James and the Giant Peach, Jr.,  rehearses a song on Oct. 1, 2019.

Nelson County Middle School’s fall musical is just around the corner, and for the first time in five years, a sixth grader is in the spotlight.

Lily Perry, an 11-year-old sixth grader, is playing James in this year’s middle school musical “James and The Giant Peach, Jr.” “James and the Giant Peach” is a Roald Dahl book about a young British boy forced to live with his cruel aunts after his parents die. He finds a way out of his sad world after he discovers a giant enchanted peach. James and a blend of characters set sail inside the fruit, eventually heading for New York City.

Lily said she was in the honor choir last year at Tye River Elementary School, but other than that doesn’t have too much experience with theater.

Although she was new to middle school, Lily said she knew she wanted to audition when school started. When she found out she was cast as James, the lead character, she was excited.

“It’s hard to describe, but I felt like I could literally fly,” Lily said.

Philip Kershner, the middle school chorus teacher, said he chose Lily for James for a number of reasons, and this time being younger was key. Kershner said he knew whoever played James is suppose to be younger than the other grown-up characters and despite the small age difference in the cast, Kershner needed whoever played the lead to be able to convince the audience there was a wide age gap.

“She was the one that fit the part best,” Kershner said.

Kershner said Lily isn’t the only one making her debut this year; in fact most of the cast are new to the stage.

“Over half the cast have not been in a show here before,” Kershner said.

The cast of 21 kids have been rehearsing since August preparing for opening night on Oct. 24. The play will with run on Oct. 24 and 25. Annelise Tabor and Avery Hill, 13-year-old eighth graders, said overall rehearsals have been going well. They play James’ aunts in the musical, Aunt Sponge and Aunt Spiker respectively. Both students participated in the fall musical last year and plan on continuing theater at the high school.

“I love to be in front of people. [Theater] is a great opportunity to learn people skills and how to talk in front of a crowd,” Annelise said.

Avery said she enjoys theater because she likes acting in front of her friends and family and enjoys the chance to be someone else for a while.

“I love singing and dancing as well,” Avery said.

The girls commented on the difference this play is for the cast versus previous years. This year’s production, unlike last year’s, involves what Avery described as “crazy, whimsical characters.”

Instead of playing humans like last year in “Singin’ in the Rain, Jr.,” this year’s cast involves insects, monsters, birds and other unique creatures. To throw in an additional challenge, most of the play takes place inside a large peach.

“It definitely opened us up to more. It has a lot of comedy and a lot of crazy things you would never expect that we get to express and do,” Avery said.

“It requires a lot more acting because you’re not acting like regular people. For instance, we are meant to be monsters,” Annelise said about her and Avery’s roles.

“It’s goofy, but also deals with a child feeling lonely and finding their place. Hopefully that’s something students in the play and in the audience can relate to,” Kershner said.

Children 5 and under: Free

Children 5 and under: Free