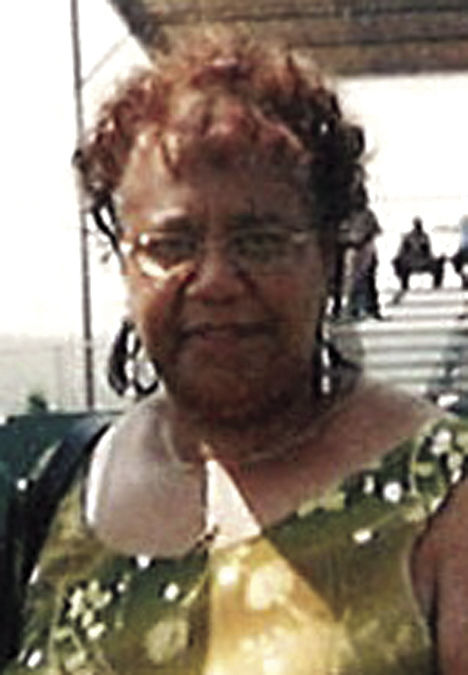 Shirley Allen Woodson departed this life on Saturday, August 10, 2019, in Charlottesville. Born on May 14, 1942, she was a daughter of the late Herman Allen and Jane Brown Allen. In addition to her parents, she was preceded in death by her two sisters, Frances L. Miles and Georgianna Cottrell; and two brothers, Harry Allen Sr. and Jimmy Allen. Shirley was a Dietary Specialist and a member of Pleasant Grove Baptist Church in Shipman. She is survived by a son, Herbert Darrell Woodson Sr. of Shipman; a daughter, Linda M. Woodson of Charlottesville; three sisters, Gladys Fleming of Wingina, Clara Gray of Lynchburg, and Alice Jeffries of Lynchburg; two brothers, Clifford Allen and Clarence Allen, both of Faber; seven grandchildren, Donell Woodson, Melissa Woodson, the Rev. Herbert D. Woodson Jr., Brian Hite, Christopher Hite, Devonta Woodson, and Joshua Woodson, nine great-grandchildren, and a host of nieces, nephews, and other relatives. A funeral service will be held at 1 p.m. on Saturday, August 17, 2019, at Pleasant Grove Baptist Church with the Rev. Herbert D. Woodson Jr. officiating. Interment will follow at the St. Hebron Baptist Church Cemetery, in Wingina. The body will lie in repose one hour before time of service. Arrangements by Wells/Sheffield Funeral Chapel, Lovingston (434) 263-4097.

To plant a tree in memory of Shirley Woodson as a living tribute, please visit Tribute Store.
Load entries