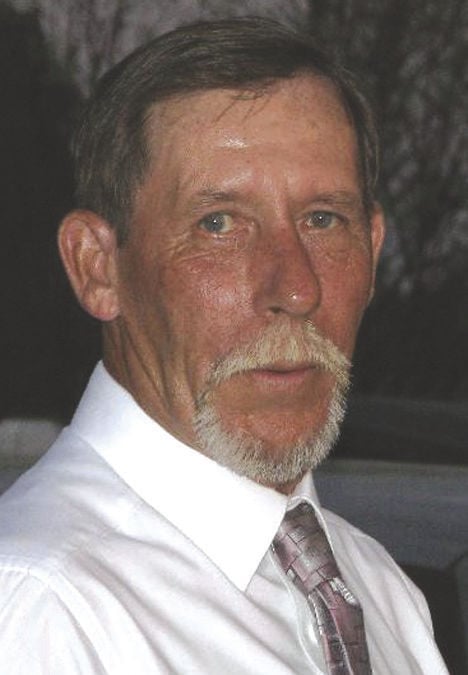 Monty crossed over peacefully to his eternal home, on Thursday morning, August 8, 2019, in Arrington, Virginia, he was 68. Monty was born on August 25, 1950, the youngest son of the late John Kenneth Spencer and Maggie Lozelle Spencer Mays. He grew up in Alberene (Southern Albemarle County) and didn't want to wander too far. He did consent to summer family vacations and one trip to the Dominican Republic. Truth be known, he enjoyed them all emincely. He was preceded in death by his siblings, Kenneth M. (Mike) Spencer, Donald L. Spencer, and Roxie F. Smith. In addition he was preceded in death by his nephews, Ricky Smith, Bobby Smith, Todd Spencer, Steven Spencer, and Michael "Mike" Johnson; and his sister-in-law, Donna K. Spencer. Monty is survived by his wife of 48 years, Patsy (Blitch) Spencer; and their daughters, Amy M. Hottinger (Howard) of Palmyra, Jessica S. Gunter of Lovingston, and Amanda E. Hitt (Timothy) of Arrington, Virginia. He is survived by seven grandchildren, Kenneth Michael (Mike) Hagee, Courtney A. Brooks, Kendall M. Gray, Maggie L. Gunter, Harper R. and Emerie L. Hottinger, and Abigail E. Hitt. He is also survived by brothers, Ronald A. Spencer of Alberene, and James (Larry) Spencer of Palmyra; stepsister, Jean M. Johnson (Johnny) of Afton; stepbrother, Roger Mays (Judy) of Michigan; brother-in-law, Roy "Jr." Smith of Batesville; nephews, Randy Spencer, Rodney "Scotty" Spencer, Timothy Smith, Chris Spencer, Tony Spencer, Greg Spencer, and Scott Johnson; nieces, Kim Wheeler and Cindy Dillon, and numerous special family members and friends. He was a man of many talents and trades. His first job was working at Kenny Burger in Charlottesville. He then went on to work with his brother Mike at Birckhead Electric Company. His next adventure was land surveying the new and upcoming Lake Monticello in Palmyra. He worked several years as a Security Officer at Sperry Marine before pursuing residential construction and tile setting. Monty always strived to do his best and as close to perfection as possible. His motto was: if you start out right you'll finish right. He loved the great outdoors, spending time hunting, fishing, playing horseshoes, craving walking canes, cutting grass, searching for arrowheads, or riding four-wheelers with his children and grandchildren. The outdoors is where he found his peace and tranquility. Monty was a father figure, a mentor, hunting buddy and a great friend and will be truly missed. A special thank you to our daughters, Amy, Jessica, and Amanda; son-in-law, Timothy Hitt; and grandson, Michael Hagee who made possible the home care we provided for our dear Monty. The family would also like to thank Dr. Joseph Swingle, Dr. Jefferson Prichard, Dr. Alan Brijbassie and the nurses and staff of Sentara Martha Jefferson for the care and compassion they gave Monty. In lieu of flowers, donations can be made to The Hospice of The Piedmont who guided our family during Monty's brief and courageous battle with the infamous Big C. Family night was held Sunday, August 11, 2019, from 4 until 6 p.m. at Wells Sheffield Funeral Chapel, 828 Front Street, Lovingston, Va. A memorial service was held 12 p.m. on Monday, August 12, 2019. Interment followed at Alberene Cemetery, Esmont, Va. Arrangements by Wells/Sheffield Funeral Chapel, Lovingston (434) 263-4097.

To plant a tree in memory of Monty Spencer as a living tribute, please visit Tribute Store.
Load entries