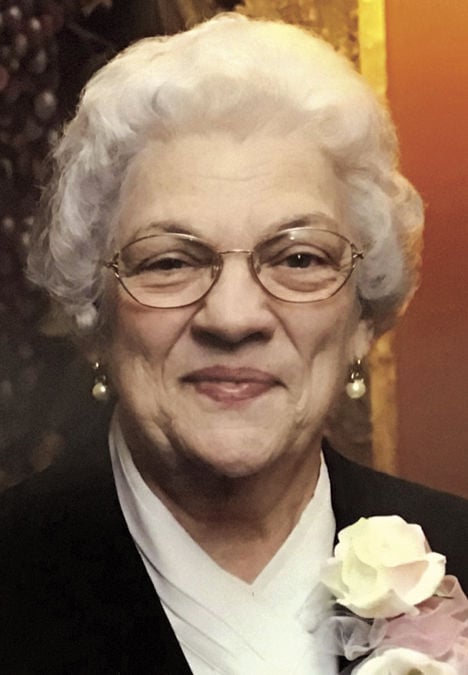 Leona Brooks Roberts, 86, of Schuyler, Va., passed away on Sunday, September 1, 2019, surrounded by her family at the UVA Medical Center. Born on December 8, 1932, in Red Apple Orchard Shipman,Va., she was a daughter of the late George Marshall Brooks and Bertha (Maupin) Brooks. In addition to her parents, Leona was preceded in death by her husband, Robert A Roberts; grandson, James Austin Roberts Jr.; and siblings, Guy Brooks, Johnny Brooks, Walter Brooks, Billy Brooks, Shirley (Brooks) Dolan, Frances (Brooks) Kidd, and Evelyn (Brooks) Gunter. Leona is survived by her two sons, Jimmy and wife, Jane, of Crozet, and Richard and wife, Brenda, of Schuyler; grandchildren, Jennifer, Ashley, Richard Jr. and wife, Rochelle, and Steve and wife, Mindy; and great-grandchildren, Austin, Payson, Aleah and Aiden. Also surviving are her sister, Juanita B. Bragg of Shipman, and several nieces and nephews. Leona was a devoted, loving wife, mother, grandmother and great-grandmother. She was loved by family and community. Leona worked for the Nelson County School system for many years at the Schuyler Elementary School, Lovingston Elementary School and retiring from the Tye River Elementary School. She was instrumental in the creation of the Walton's Mountain Museum and Schuyler Community Center before becoming Director of the museum where she continued to work. Family will receive visitors Wednesday evening, September 4, 2019, from 6 until 8 p.m. at Wells/Sheffield Funeral Chapel in Lovingston, Va. Funeral services will be held Thursday, September 5, 2019, at 1 p.m. at the Calvary Baptist Church in Lovingston, Va., with Pastor John P. Campbell and Pastor Jeremy Humphrey officiating. Burial immediately following at Monticello Memory Gardens in Charlottesville. Arrangements by Wells/Sheffield Funeral Chapel, Lovingston (434) 263-4097.

To plant a tree in memory of Leona Roberts as a living tribute, please visit Tribute Store.
Load entries