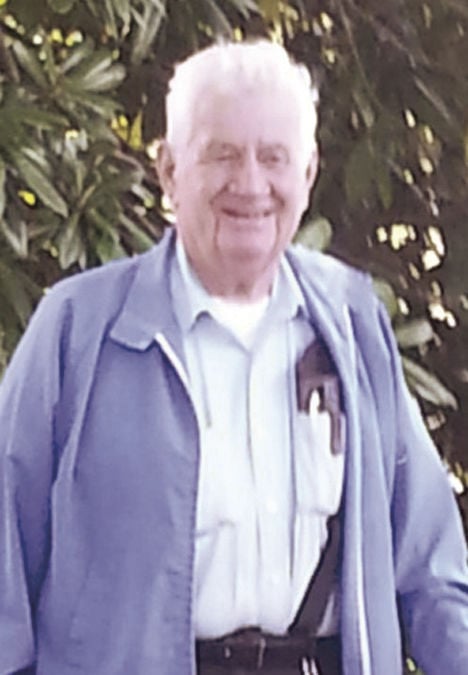 Leonard "Lennie Jr." Burnley, 83, of Shipman, passed away peacefully on August 22, 2019, surrounded by close family. Leonard was born in Buckingham County, on June 19, 1936, to the late Lennie and Margaret Stevens Burnley. He was preceded in death by his wife of 47 years, Barbara Webber Burnley; a sister, Christine LeNeave; a brother, William Burnley; and a nephew, Ronnie E. LeNeave. He is survived by his daughter, Debbie and her husband, Michael Proffitt, of Amherst; his sister, Lola V. Litchfield of Maryland; four grandchildren, Kristy, Michael Jr. and his wife, Brandi, Shayna Fitzgerald and her husband, Thomas, and Matthew and his wife, Morgan; and five great-grandchildren, Karsyn Proffitt, Delilah and Kinsley Fitzgerald, Sadie Proffitt and Finley Proffitt. Leonard accomplished many things in his lifetime. He graduated on June 14, 1956, from Chamberlain Vocational High School, Washington, D.C. As soon as he graduated from high school he was drafted into the army. He was an Army private E2 and completed as a military policeman in Fort George Gordon, Georgia on December 1959. Leonard was an advanced specialist four and was recognized of the valuable contribution made in reducing Army motor vehicle accidents by driving 6,172 accident free miles while a member of the Seventh Army. While in the Army he married Barbara on July 19, 1957 and they were stationed in Germany and traveled through many countries. He was honorably discharged on June 30, 1965. Leonard and Barbara moved back to Maryland where he got a job working with Canteen for 15 years. In 1970, Leonard, Barbara and Debbie moved back to Nelson County where he owned Burleys' retail Market, aka B& L for over 30 years. He served on the South District Board of Supervisors for over 8 years, a proud member of the Republican Party and a 32 degree Mason. He will also be remembered for his many contributions to the South district of Nelson County. The family would like to thank the Seven Hill Hospice of Lynchburg , Bridgit, Rosa, Pam and Alice for their compassionate services through this difficult time. The family also wishes to thank Linda Catalano, Betty Mitchell and Wanda Proffitt for helping out when needed. A funeral service was held at 11 a.m. on Tuesday, August 27, 2019, at Wells/Sheffield Funeral Chapel, in Lovingston. Pastor Carroll Martin officiated. Interment followed in the Burnley Family Cemetery, in Shipman. The family received friends from 6 until 8 p.m. on Monday, August 26, 2019, at the funeral home. Arrangements were under the direction of Wells/Sheffield Funeral Chapel, Lovingston (434) 263-4097.

To plant a tree in memory of Leonard Burnley as a living tribute, please visit Tribute Store.
Load entries