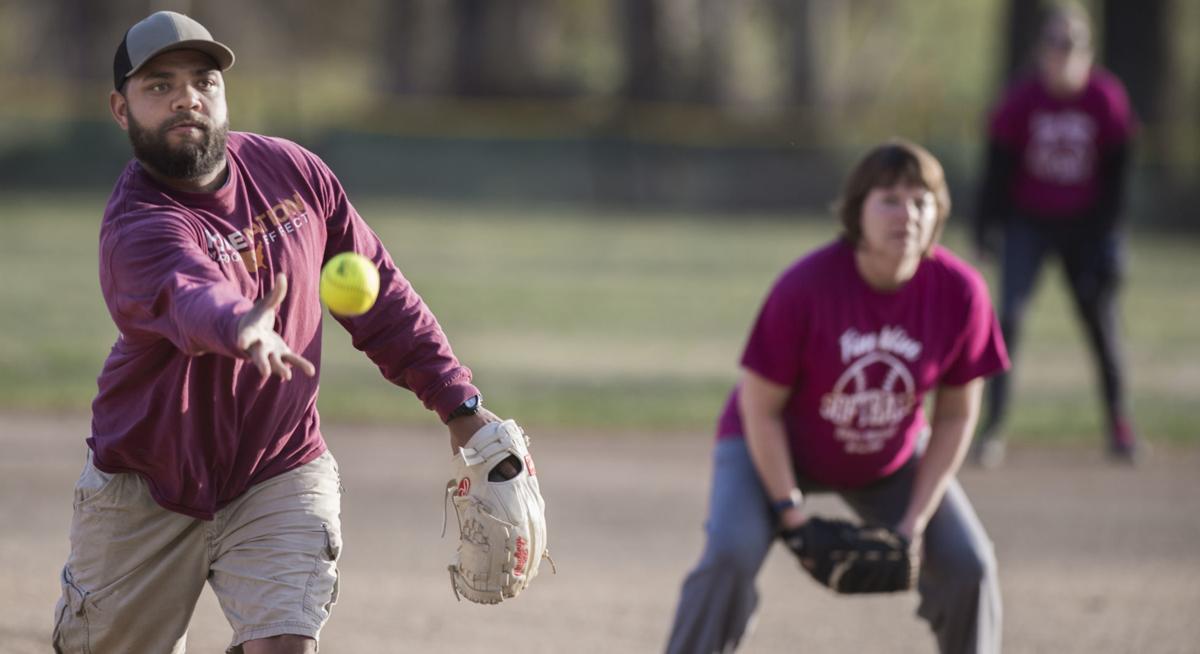 Chris Jones,rec department staffer took care of the pitching duties for both teams. 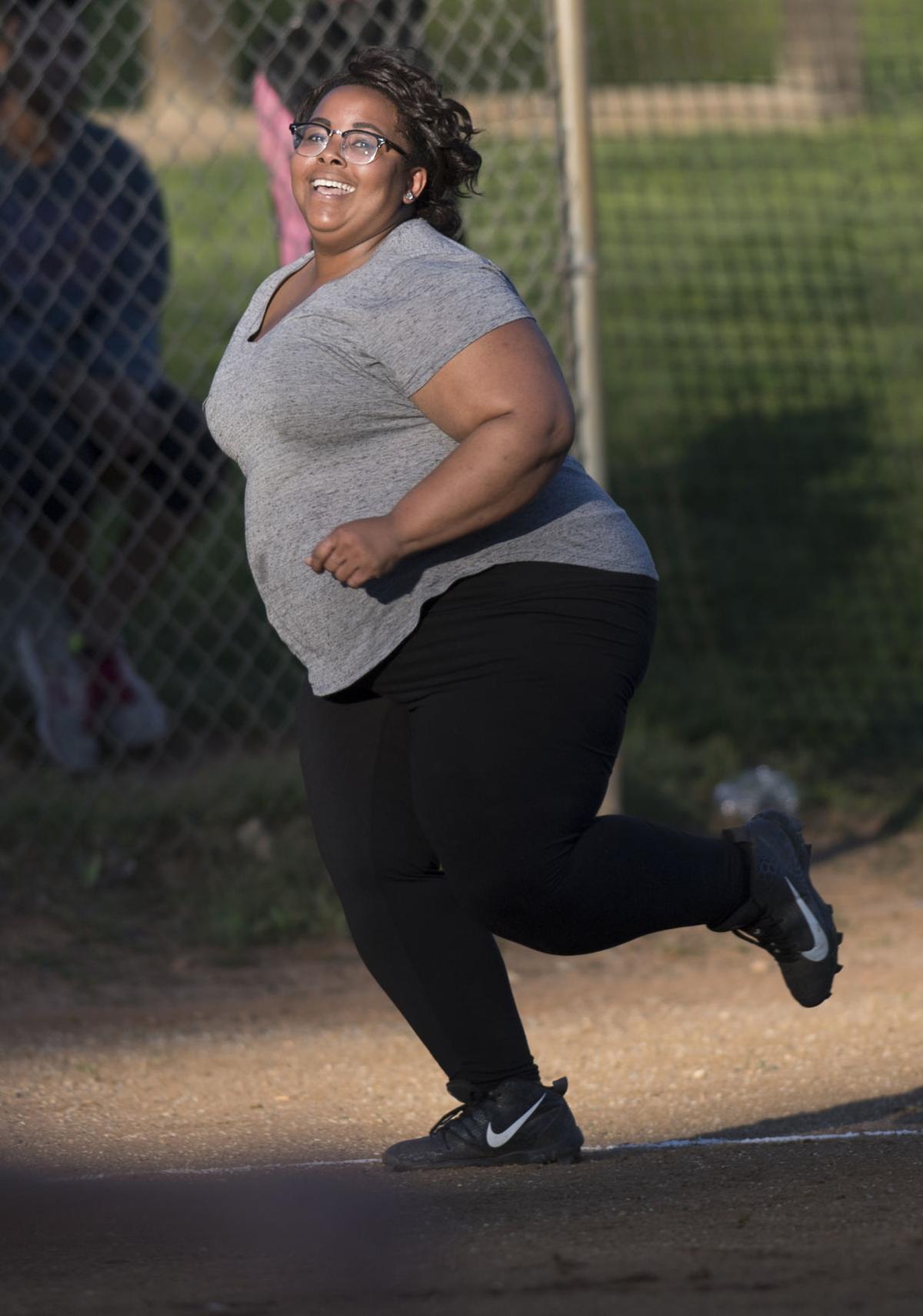 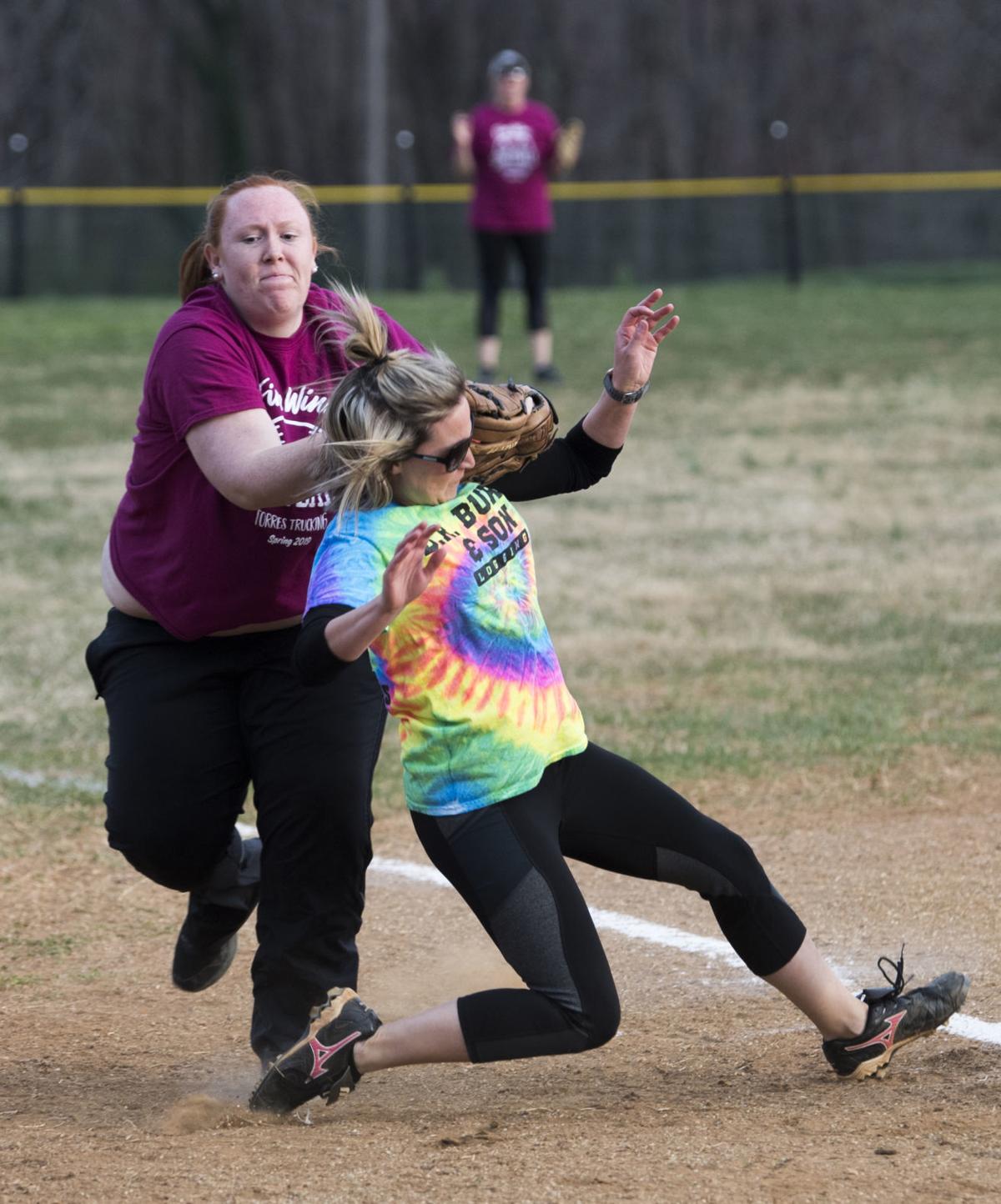 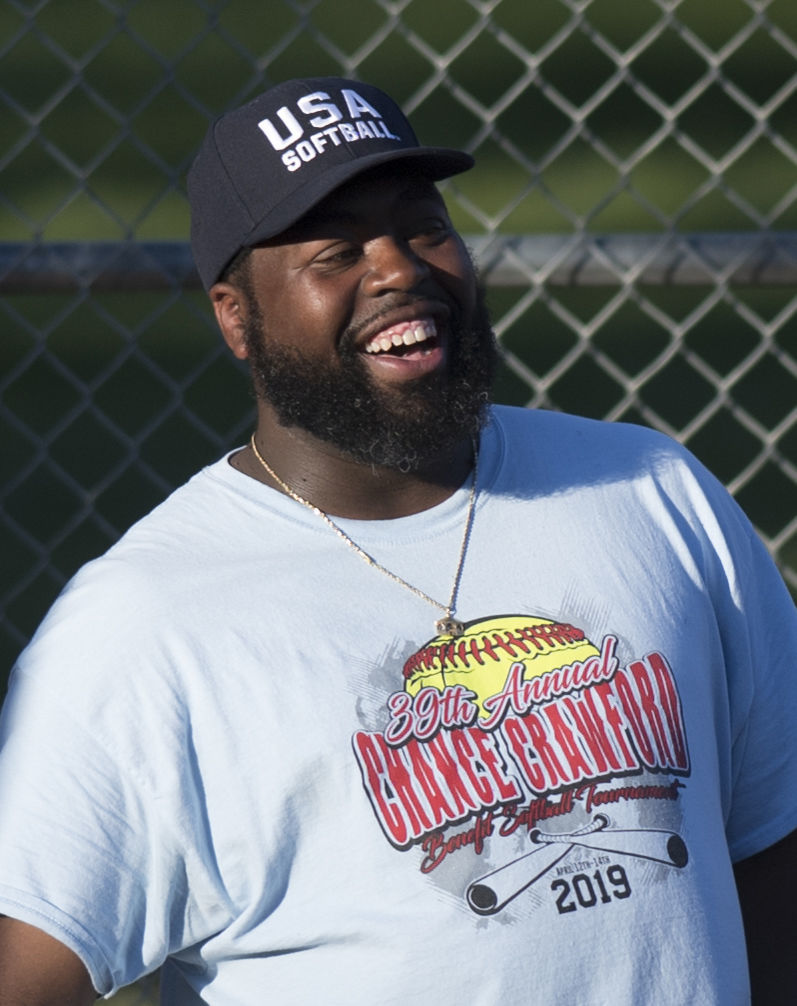 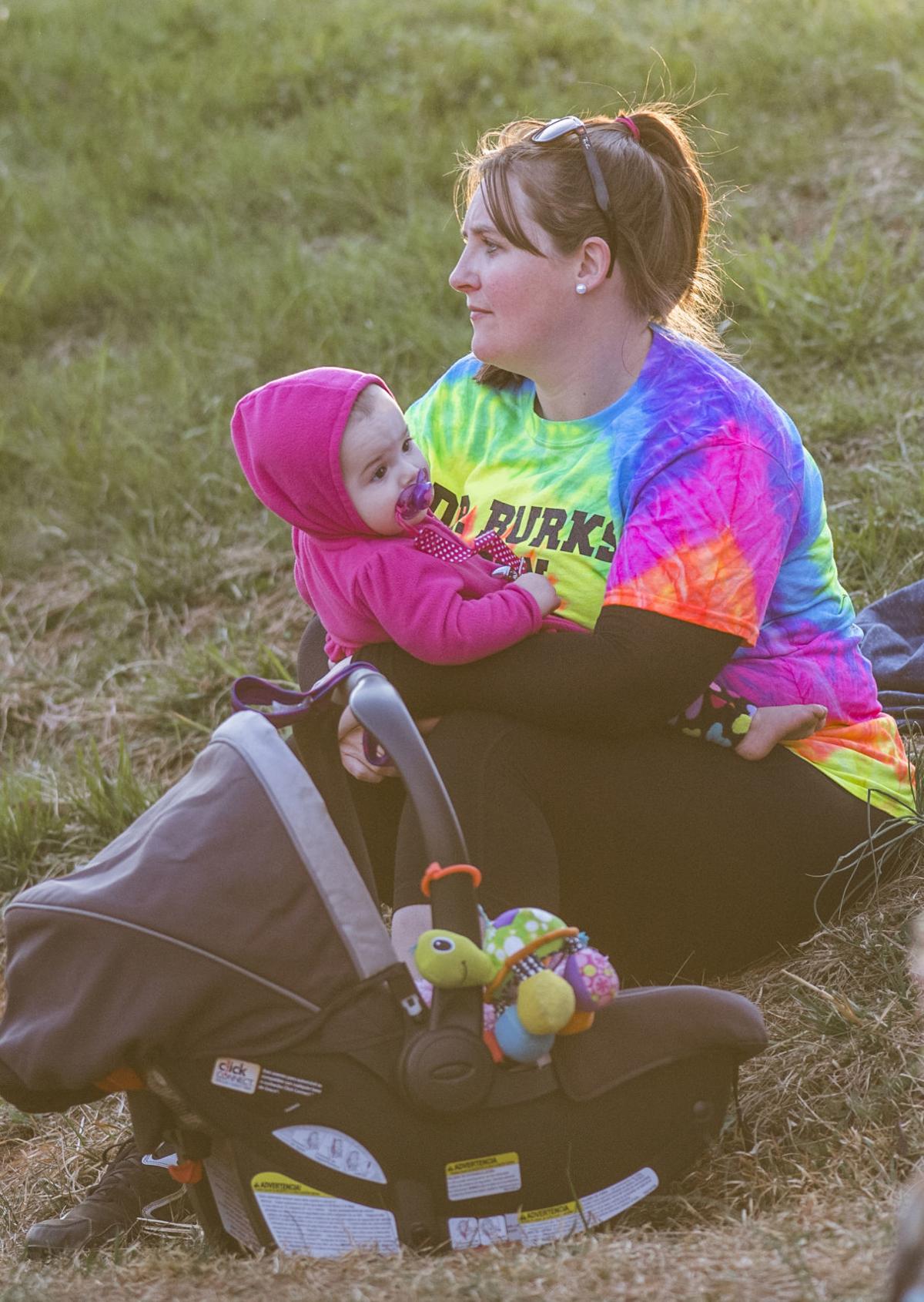 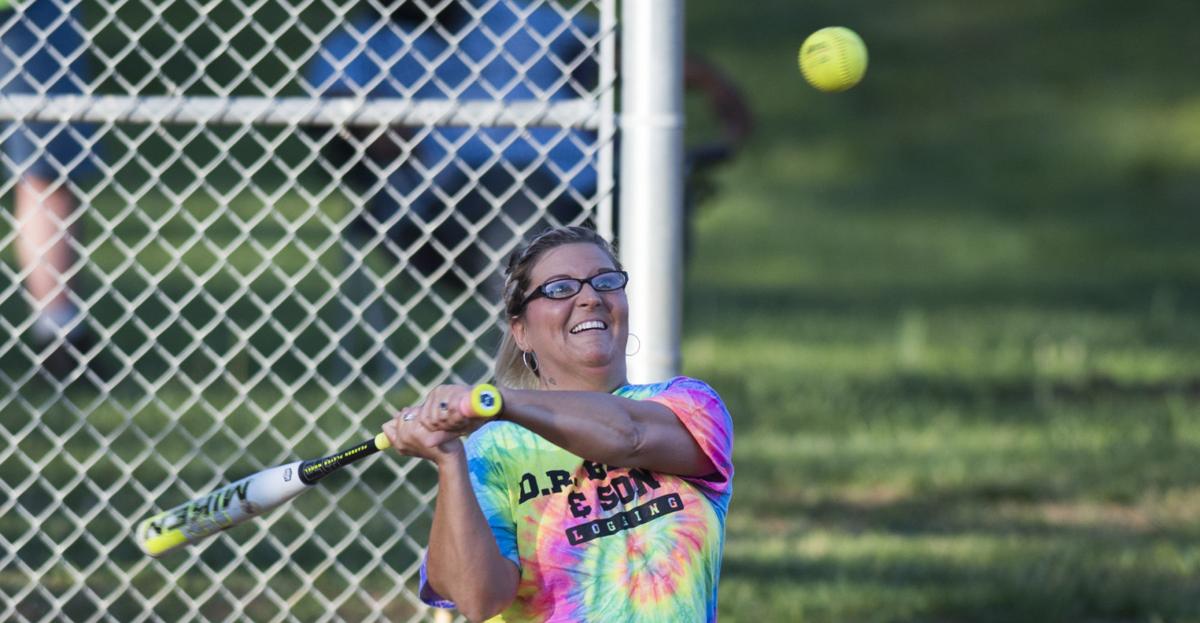 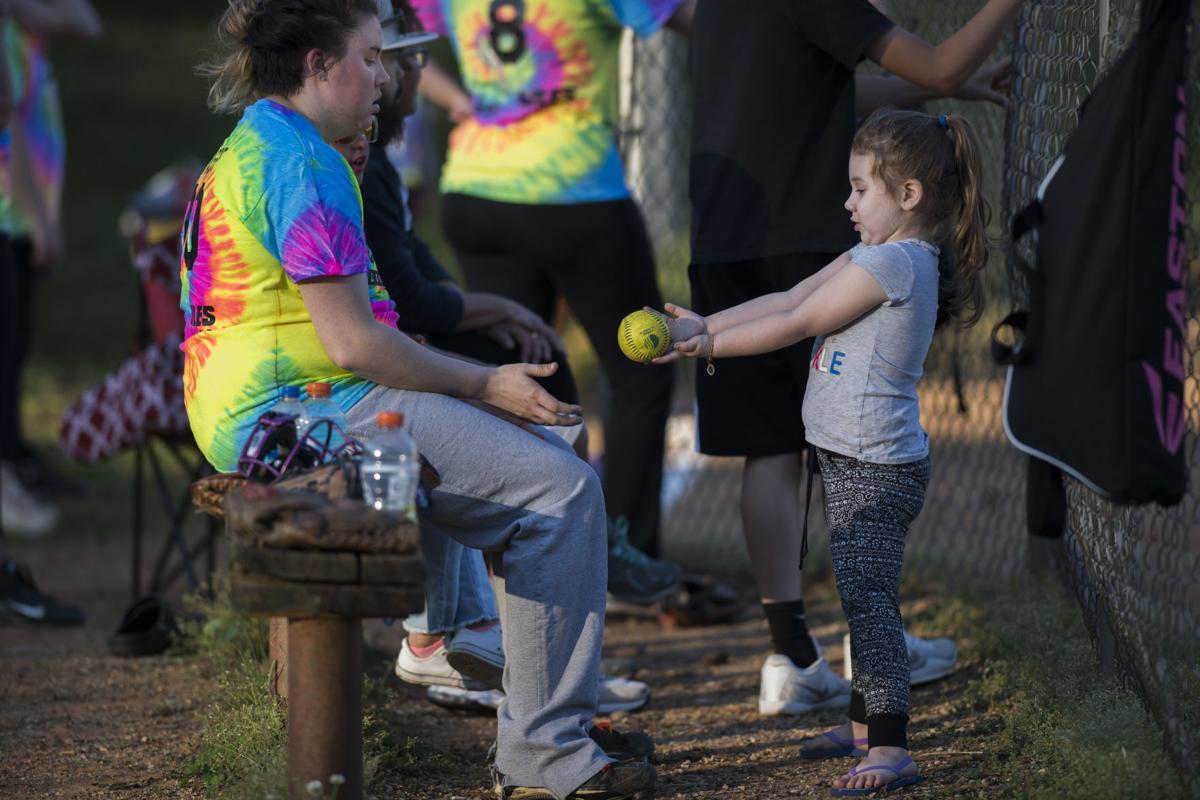 Chris Jones,rec department staffer took care of the pitching duties for both teams.

As June rolls around, it brings with it warmer weather, students out of school on break, and for the first time in years, the end of the season for a revived Nelson County softball league.

On Monday nights from March through May cheers were heard coming from the softball field at the Nelson Center in Lovingston as women took over the dugouts. Decked out in tie-dye, black and gray, the teams are all smiles every Monday night as they spend an hour playing slow-pitch softball with old and new friends.

Their friends, relatives, and spouses cover the grass by the field in lawn chairs. Younger kids start up games of kickball in the grass next to the softball field while their moms, aunts, and sisters play softball.

The Nelson County Parks and Recreation Department kick-started the revival of the women’s softball league in late February, when Chris Jones, recreation technician for the parks and recreation department, decided it was important to the community. Jones said the last time the county had a women’s league was the late 1990s or early 2000s.

“I wanted to give the community something to do,” Jones said.

Over the season, the department spent $700 on umpires, softballs, and trophies for the women’s league. The money spent and the department’s efforts proved to be worth it. Women from Nelson, Amherst, and Madison Heights made up three teams and began practicing in late February.

The three teams — Slappin’ Pitches, Burks Logging Pitches, and Torres Trucking/Fine Wine — competed against each other every Monday night for three months. Each evening, two teams played and one team would have a bye week. After seven regular-season wins and one loss, Slappin’ Pitches claimed the championship title.

Allegra Johnson, the site supervisor for the recreation department, was quick to get a team together as soon as she heard the county was bringing back women’s softball. Slappin’ Pitches is made up of about 20 women from Nelson and the surrounding localities.

Johnson has been playing softball since she was seven years old. Slappin’ Pitches is made up of people she has played with and against over the years.

“We’re really out here to have fun,” Johnson said.

The fun, supportive environment is felt throughout all three teams as the women cheer for their teammates making good hits and solid catches, and as they shout words of encouragement when someone strikes out or dives for a catch they just barely miss.

“It’s been one big family,” said Carla Campbell of Amherst.

Campbell began playing softball when she was eight years old with Dixie Youth League and continued through school. It’s been 23 years since she last played on a team, and Campbell is happy to be back with a bat in her hand. When asked about her favorite part of being on Burks Logging Pitches, she said it was the teamwork.

Lawhorne jumped at the opportunity to get a team together and was coach of Burks Logging Pitches this past season.

“When the [recreation] department announced they were able to get this going again, we had a team formed. I called Chris right away and started practicing in February,” Lawhorne said.

Much like Campbell, Katie Duff, a 29-year-old from Madison Heights, has been playing softball since she was five years old and through college.

“It’s great and a lot [of] fun and all the girls get along. It’s like taking some people back to the glory days,” Duff said.

Duff, who plays left field for the Slappin’ Pitches, said she heard about the league from Jones, who she plays on a co-ed team with and played with while at Ferrum College. Duff said it’s an adjustment to move from fast-pitch softball to slow-pitch, but overall she has enjoyed playing in Lovingston.

Duff said the revival of the women’s league gives women a chance to do something active as they get older.

“It only leads to good things, I think,” Duff said.

After eleven weeks of Monday evenings spent on softball field, the women’s season ended on May 20. It proved to be popular, gathering crowds of support from friends and family every Monday. The parks and recreation department hopes to continue the leagues for both women and men in the future.

“We are just excited to bring softball back to the county and for it to be so well received,” said Claire Richardson, director of the parks and recreation department.