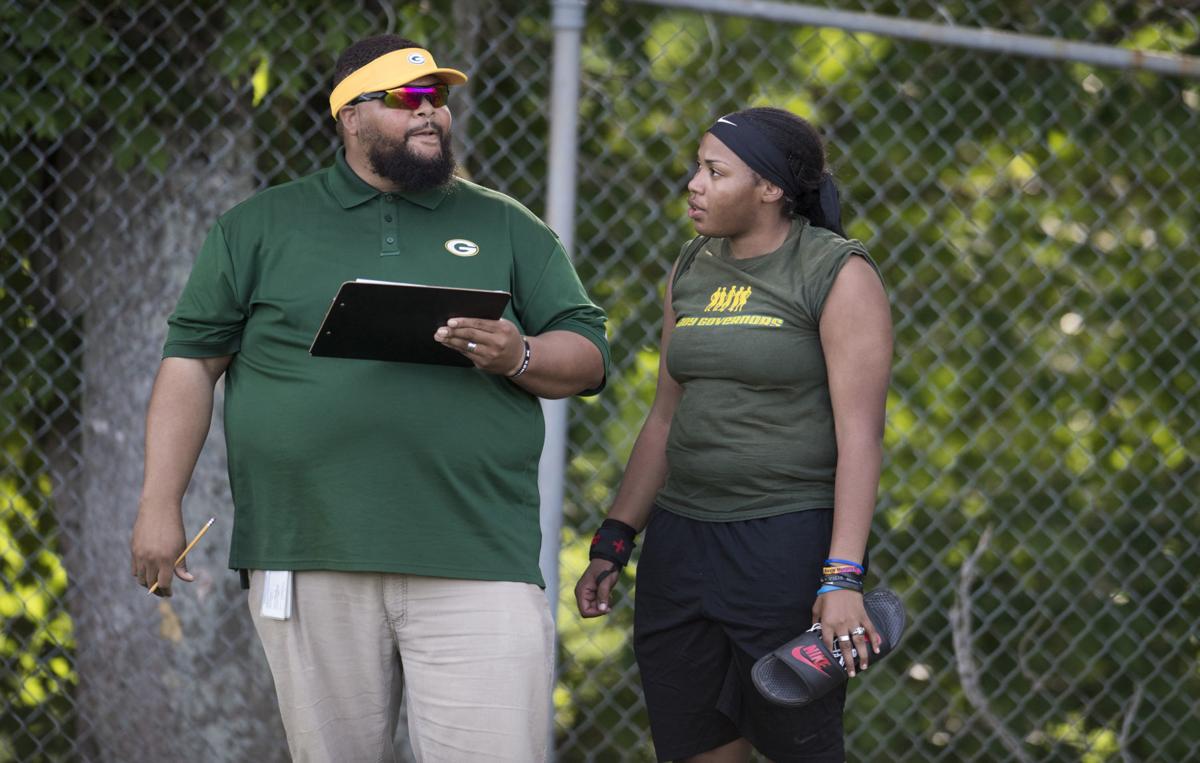 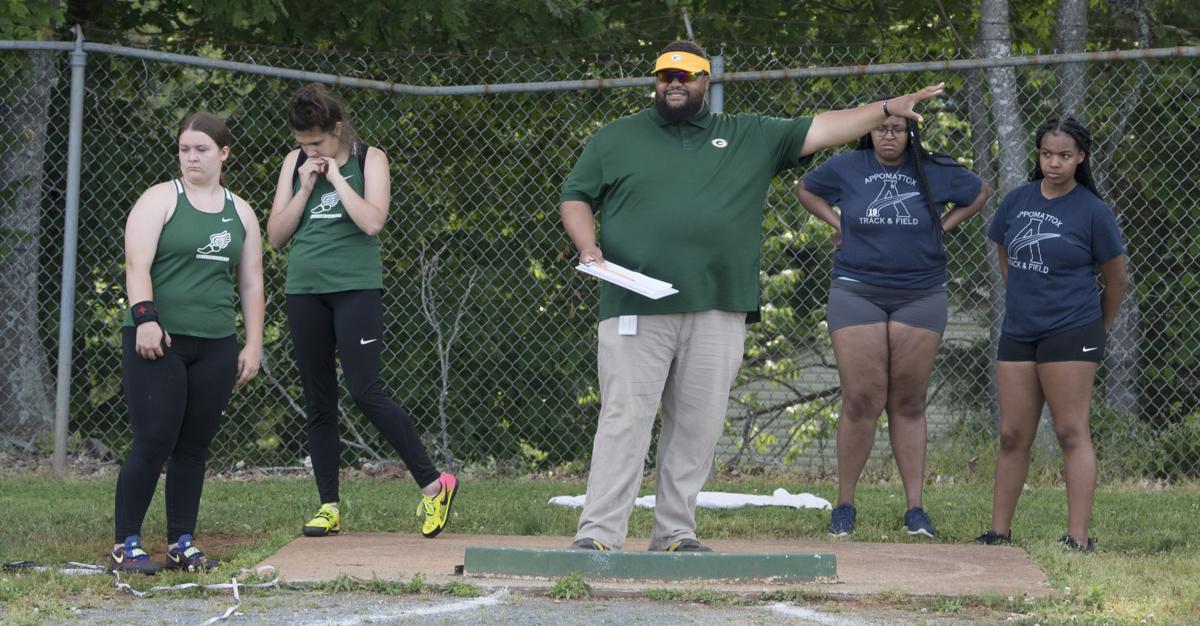 Behind every successful head coach is usually at least one or more assistants that impact the team, as is the case on the Nelson County High School track team.

Dezmond Jones started coaching at NCHS in 2007 in track as a volunteer; one year later, he was on the payroll.

“I started coaching the throwers simply because I have always been a thrower at heart and when I would volunteer I would always gravitate to the throwers to help out where I could,” said Jones.

Jones has worked under Rodger Dunnic and Kevin Walker, and for the last two years Michael Chambers has led the Nelson track teams.

“Coach Jones has been a constant on the staff since before I started with the Nelson County track team. He has always shown a willingness to work with whomever wants to come out and give the throws a try. It helps me to be able to run a practice knowing that I will not have to worry about a group of athletes because they will be taken care of,” said Chambers.

“Coach Jones shows an interest in all of the athletes on the team and not just those that he coaches directly. His love of the sport and of the kids that we have come out each year is something that I deeply appreciate as a coach.”

Jones listed some of his top competitors along with his comments on each.

2. Tyler Baker — 49-feet-plus, won a state title as a junior. “If he had not of gotten into a car accident that summer and would have been able to return to defend his title, there was no telling how far” he could have gone.

3. Carlos Martin — 48-feet-plus. “Carlos is big and strong (and) has a lot of untapped potential.”

2. Quincy Murphy — 136-feet-plus. “Quincy was probably smaller then all the rest of my boy throwers but was extremely athletic. He never learned the rotation while under my tutelage, as it was his first and only year competing in high school track and field as Quincy was a senior. However, in his first year of competing, Quincy picked up quick and advanced to state competition only learning to stand & throw. He would receive a full ride to VMI and win the Big South Conference title as a decathlete.”

3. Carlos Martin — “At the moment, Carlos has thrown 128-feet-plus, but has not completed the 2019 track and field season. Carlos has the potential of being my best discus thrower of all, as Carlos scratched 146 feet and some change at Heritage High School. We will have to wait until the end of the season to see how this plays out.”

1. Megan Brown — 39-feet-plus. “Megan’s title at the top is undeniable, as Megan has won one indoor state title and is working on another. Megan is strong and explosive and the conclusion is yet to be determined.”

2. Ariel Giles — “(Peanut) was my first girl thrower who was able to reach a throw of 35 feet and some change and was also my first thrower to use the rotational technique.”

3. Ashely Wells — 33-35-feet-plus. “What was special about her was she competed in so many other events, but when she was able to have me coach her, she made the most of it. Ashely was an extremely hard worker.”

1. Megan Brown — 99-feet-plus. “This could change as she is still competing.”

2. Carmen Laverne — “Threw 80-feet-plus and was very dedicated to her sport. The thing that was special about Carmen was that she stood and threw most throws. Carmen was strong.”

3. Abigail Collins — 78-feet-plus. “The thing about Abigail is that she is just a freshman. She is still competing at the moment and made the region meet. She is strong, committed and is serious about becoming better. Her potential is enormous and it will be fun to see her grow into a mature thrower.”