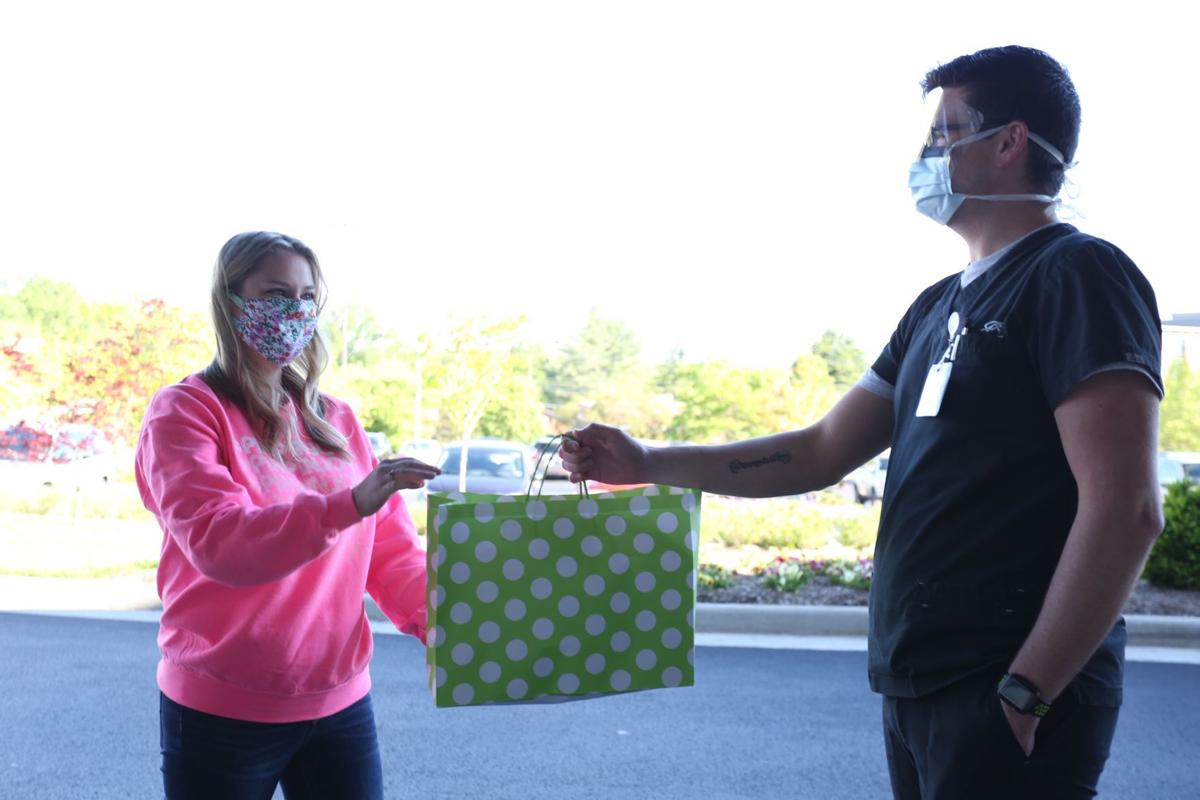 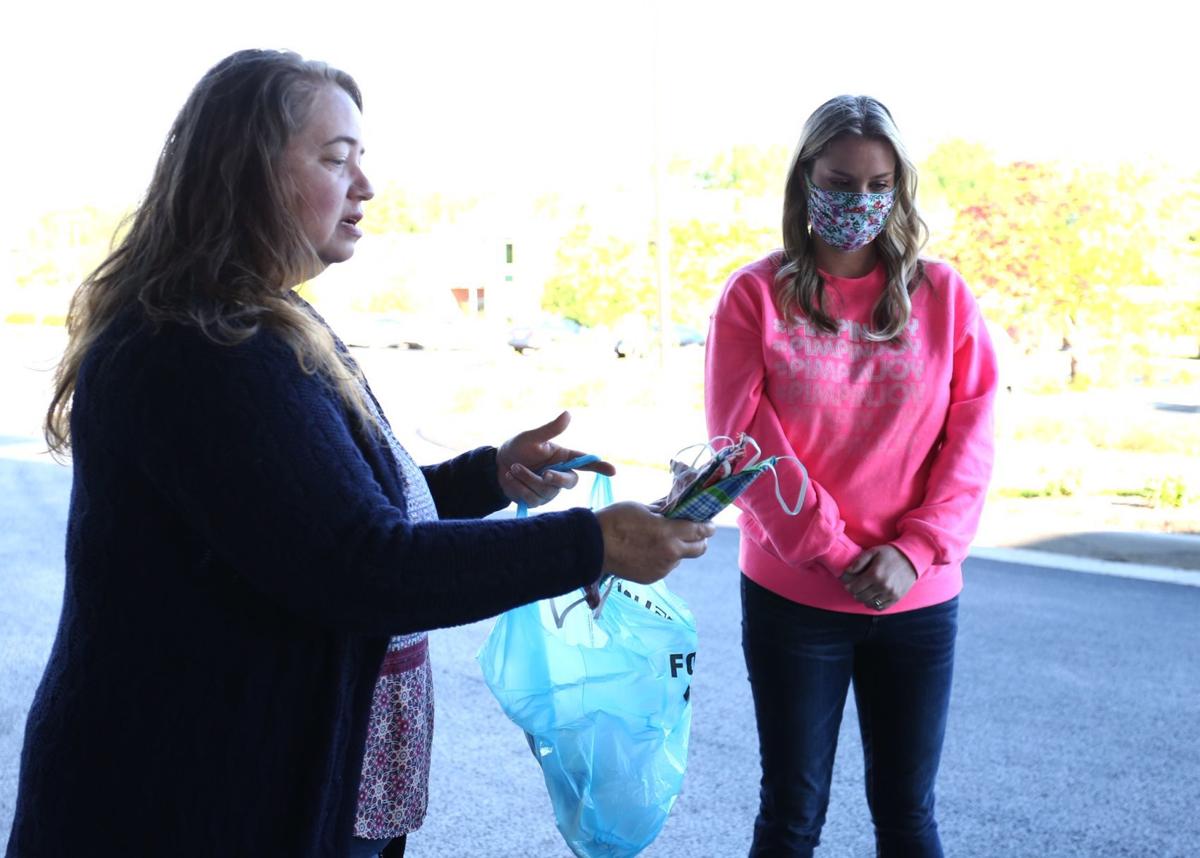 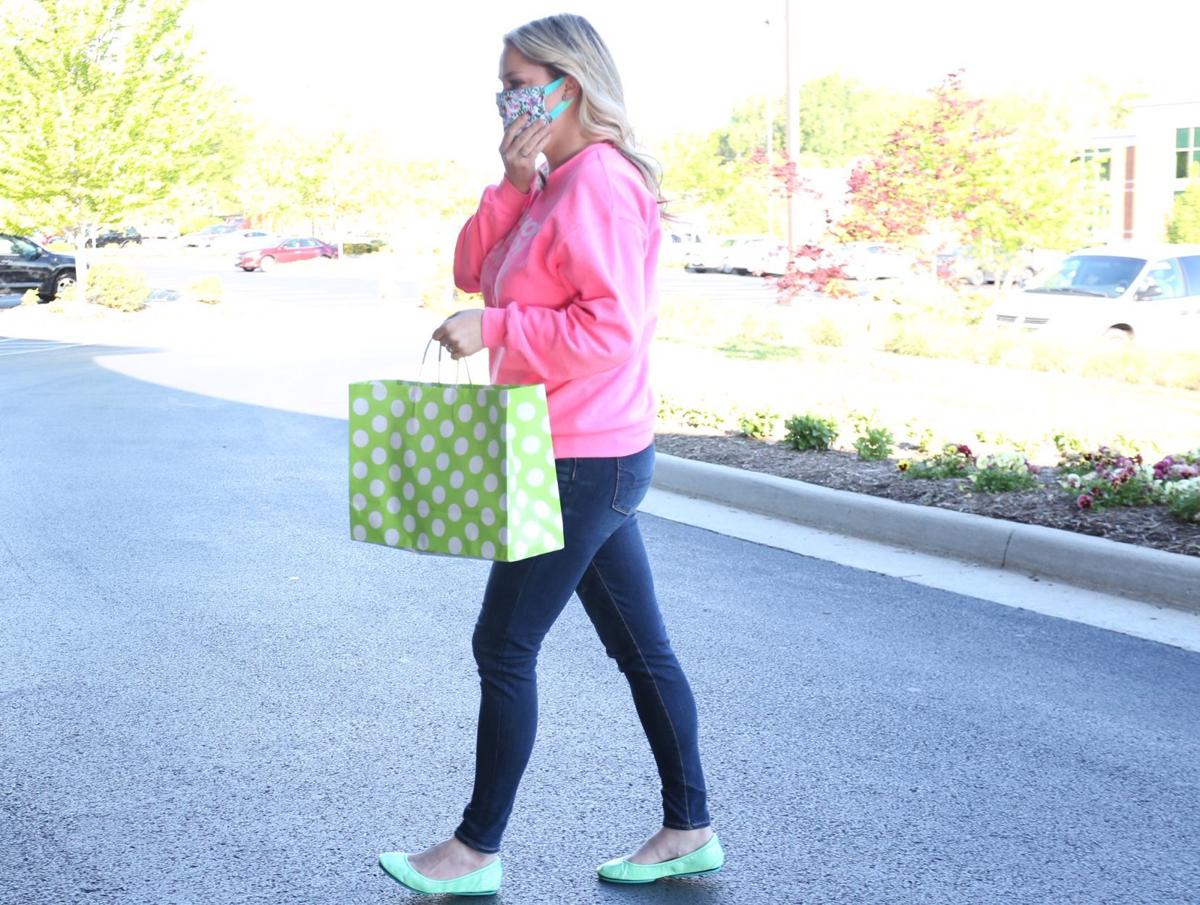 As the need for cloth face masks grows, a group of residents is turning their time, talents and resources to helping stop the spread of the coronavirus. In Amherst and Nelson counties, Sewing Seeds in Virginia has made and distributed hundreds of masks to those in need.

“That’s the biggest goal, is to help [healthcare workers]. They’re our family, they’re our friends, they are our neighbors, just to protect the people we know and love in the healthcare system,” said Mary Wilson, who organized the Sewing Seeds in Virginia group that is answering the call to help in Amherst.

But it doesn’t stop at helping just healthcare workers.

Wilson, a special education teacher with Amherst County Public Schools, first started sewing masks after seeing posts on social media asking for help from sewers. At the same time, family members who work in the medical field also were telling her how they were in need of masks.

After watching a tutorial video on how to make them, Wilson got to work. She said she’s made almost 400 masks and the group has made and distributed more than 1,000 since its inception, which was a mere matter of days after Gov. Ralph Northam closed Virginia’s schools in March.

Wilson said requests for masks mostly come through the group’s Facebook page, which has about 130 members. However, Wilson said there is a core group of about seven — most of whom are teachers or work for Amherst County Public Schools — who handle a bulk of the sewing workload.

Once the group receives a request, Wilson said she’ll put out a call to the group and they take it from there, contributing what they can to help fill the order.

“That way it was quicker. It wasn’t just one person working on one group of people. We could get it done and in their hands much faster,” Tami Brooks, a librarian at Amherst Middle School and a member of Sewing Seeds in Virginia, said.

With lots of fabric on hand, Brooks decided making masks was a project she could get involved in and she found a method online that would let her make them quickly and efficiently.

Brooks said, so far, she has made a couple hundred masks.

“To me you can’t really put a price tag on safety and kindness. You’re doing it because it’s the right thing to do and if you can make the world a better place, so why wouldn’t you,” Brooks said.

Face masks have become a necessity as the spread of COVID-19 continues throughout communities both locally and worldwide.

Cloth face coverings are used to help stop the transmission of the virus through respiratory droplets, per recommendations made by the Centers for Disease Control and Prevention.

Much like Wilson, Brooks first started making masks for friends, family and community members. It wasn’t until Wilson pulled her and other Amherst sewers together into the same group to meet the growing need for masks among medical staff, first responders and community members that they teamed up.

While helping medical staff and emergency workers is a priority, the group will help “anybody who might have a need to put one on as they go out and keep them a little safer,” Brooks said.

About 13 years ago, Wilson said she was seriously injured in a wreck. Before EMTs could arrive on scene, a doctor had pulled over to take care of her at the scene. She said she wouldn’t be alive now if it weren’t for somebody stopping to help her.

“We have to support them because eventually we’re going to need them,” Wilson said.

Wilson said once the pandemic has passed and the group is no longer needed, she wants to hold an “It’s all over party” to celebrate all it has accomplished and to finally meet the others in person.

In Nelson County, volunteers are taking similar measures to sew and give face masks to essential personnel and members of the community.

Karen Asher, a lifetime member with Wintergreen Fire and Rescue, orchestrated a community effort to give masks to the residents of Nelson County, but it started with fulfilling a need for first responders with the department.

Early on, Asher wanted to ensure the safety of the personnel with the department, but as masks became more scarce and with no real guarantee they would get the necessary resources, she recruited the department’s auxiliary, a local sewing group Stoney Creek Quilters and other members of the community to help with the cause.

“I’ve never seen such a willingness. People want to help but they don’t know exactly how and this is something they can do,” Asher said.

After making a large donation of masks to Wintergreen Fire and Rescue, Asher said there were still several hundred masks leftover, so she decided she would give those masks away to the community.

She had no idea what kind of reception she would receive the day of, but it didn’t take long before “cars were just lined up.”

“It is the best project I’ve ever worked on in my life. And the reason why is out of all those people, nobody has ever complained or had a bad comment. It was amazing; it was like we were throwing people life preservers,” Asher said.

Toward the end of the distribution, she had run out of masks to give to the cars still waiting in line. As people continued to drive up ready to receive their masks, Asher told them she had good news and bad news.

She took down their name and contact information to give masks to them at a later time.

In total, she said she’s distributed about 500 masks to the community.

Asher said everybody stands to benefit from more masks being used. The more people wear masks, the safer the community and first responders will be.

She now is focused on fulfilling individual requests, but will continue making masks so long as the need still is there. She noted she may try and organize another distribution event, especially if a second wave of the virus were to hit the area.

Neither Asher nor Wilson, with Amherst County’s Sewing Seeds in Virginia, require people pay for the masks they receive. Their efforts are entirely supported by donations which can consist of anything from money, to materials or even grocery items, as Brooks, a member of the Amherst group, pointed out.

While Asher may never know if her efforts saved a life, it is reassuring to her to know that possibility is out there.

“I guess that’s the other thing is we’ll never know if we saved somebody’s life,” Asher said, “but it’s nice to think that we did.”