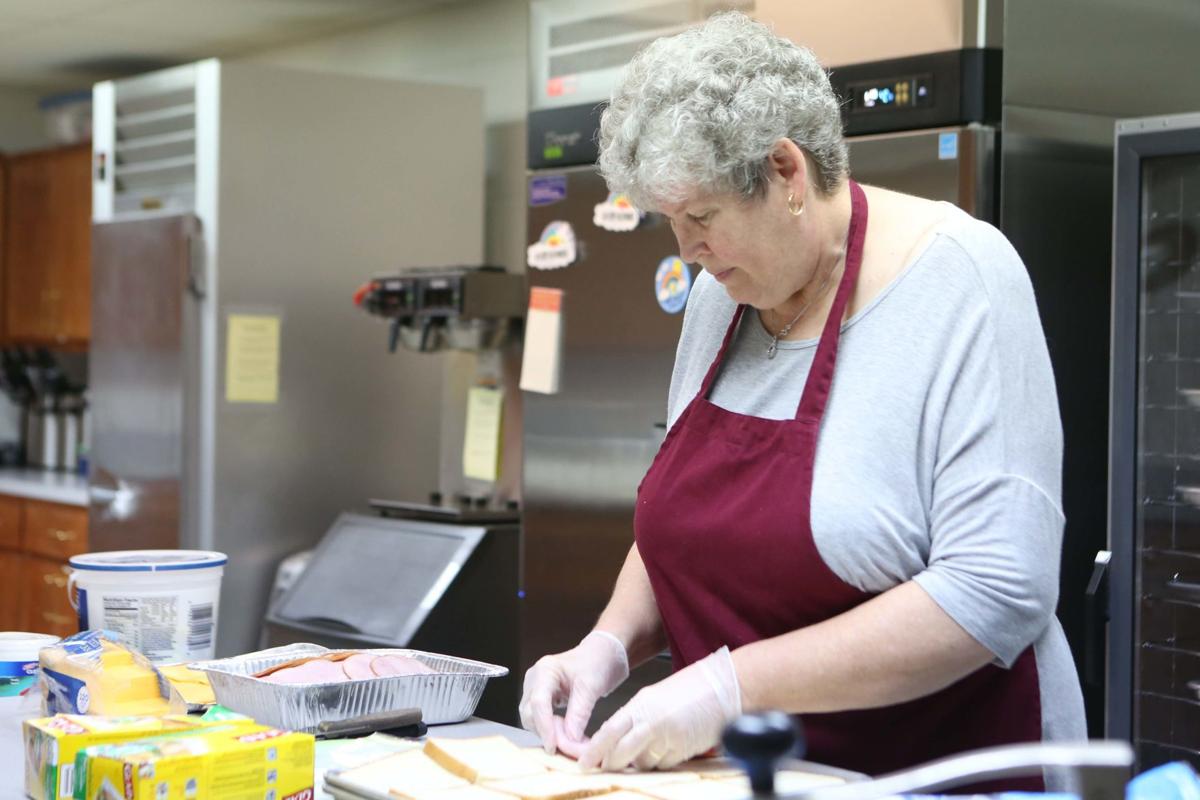 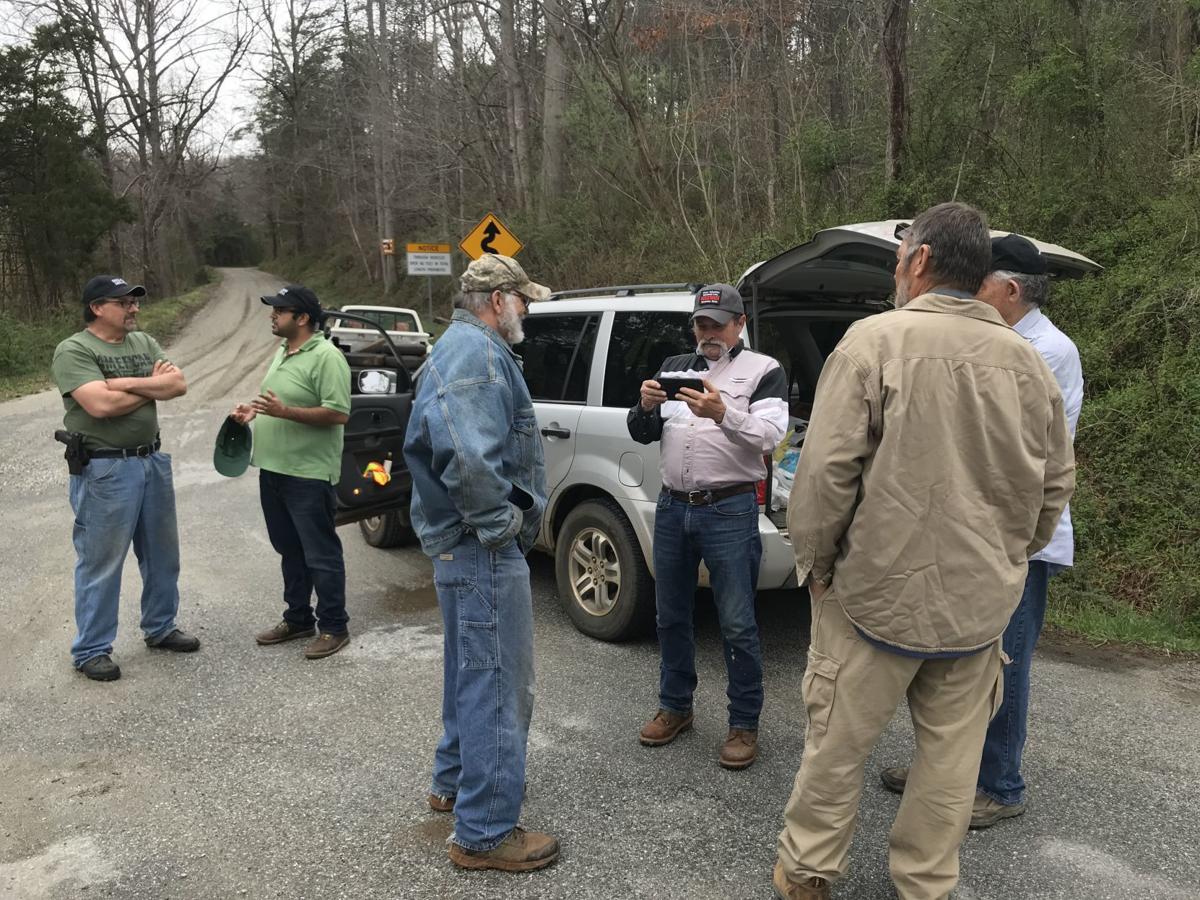 Lynchburg-area nonprofits have not stopped packaging, preparing and delivering meals to those who need them but have adapted the ways the food is distributed so everyone involved can stay safe, and nourished.

In Nelson County, the Nelson Food Pantry, located at 9890 Thomas Nelson Highway, will offer a drive-thru distribution Saturday from 9 a.m. to 12 p.m. in order to circumvent a restriction on gatherings of more than 10 people.

According to Marian Dixon, who helps operate the food pantry, families are encouraged to stay in their vehicles and volunteers will place items in cars so no food is transferred through hand-to-hand contact.

In addition to normal hygiene practices, volunteers will be equipped with gloves, masks and other products to help protect not only themselves, but the people using the service as well.

While she’s confident the pantry will be able to provide like it always has before, she said she’s unsure how the spread of COVID-19 and empty shelves at grocery stores will affect the upcoming event.

A partnership with the Nelson County militia could help ease some of the pantry’s burden.

Despite an inability to muster because of restriction on gatherings, Don Heres, organizer of the Nel-STAR Team/Militia, opted to hold a canned food drive for the pantry this past Saturday instead, something he said always was part of the agenda.

“People are going to see that the negative image that has been thrown out there is wrong. That everybody here is dedicated to helping the community and that’s what we want it to be,” Heres said.

In all, Heres said with the roughly two dozen people that filtered in and out last Saturday, the militia was able to collect well over 100 cans of food. They also were able to sign up several volunteers to help with the distribution as well as gather contact information for the eventual rescheduling of the official muster.

Tracey Dixon, executive director of the Lynchburg Daily Bread, said last week the nonprofit, which feeds the hungry, shifted to all to-go meals. Dixon said this system most likely will continue for the next six to eight weeks.

The Daily Bread will continue its meal outreach program, which delivers meals to those in the surrounding counties. Dixon said the schedule is listed on the organization’s Facebook page.

Volunteers under the age of 65 are helping out in the kitchen and have been changing gloves regularly and sanitizing door handles and seats hourly.

Candlelight Ministries, which primarily provides food boxes to seniors, is asking everyone to stay in their cars when food is dropped off at various sites.

Instead of taking food directly up to seniors living in their apartments, residents will come down by floor to receive their food boxes.

The nonprofit now will provide to-go boxes for clients who come to eat Wednesdays at Madison Heights Baptist Church and Thursdays at Ascension Episcopal Church in the town of Amherst.

Neighbors Helping Neighbors also distributes food on the first and third Saturday of each month. The warehouse will change its process so clients can drive up and food will be loaded into their cars instead of them coming inside to shop for their food.

“We don’t know how long we’ll have to do this, but we will do it as long as we’re able to from a food standpoint and until the [U.S. Centers for Disease Control and Prevention] says something different,” Friend said.

Friend is telling any volunteers who have anyone in their household experiencing flu-like symptoms or who have a weakened immune system to stay home.

The Salvation Army of Lynchburg at 2215 Park Ave. will provide breakfasts and dinners in to-go packaging for guests and the general community to take off location, said Tammy Shank, director of development.

Individuals in the resident program at the Center of Hope will continue to be served in the dining room abiding by suggested social distancing guidelines.

Salvation Army food baskets now will have to be picked up by appointment only, she said.

Shank said the shelter still is helping anyone who is homeless and business is the same as usual, but it will be screening those who have symptoms of the virus.

“We are committed to serving our population, and it’s a vulnerable population, and we want to make sure we’re doing all we can to do to protect them and abide by current guidelines,” she said. “That’s the reason we’re reacting; we want to serve our community and do it the best way we can.”

Park View Community Mission now is providing pre-packaged boxes for its Food for Families pantry clients rather than the normal client choice method.

Kris Shabestar, executive director of Meals on Wheels of Greater Lynchburg, said a new pickup procedure has been implemented this week where volunteers collect food boxes for clients at a distribution site and have it loaded into their cars.

“So people aren’t coming inside to get the food. They pull up to a loading dock, take bags out of their car, we take it inside and sanitize them and fill one bag with hot food and another cold food and deliver it back to the volunteers’ cars,” she said.

The Meals on Wheels of Greater Lynchburg program has more than 30 routes where volunteers visit homebound clients. Volunteers are asked not to go inside a client’s home but knock, take a few steps back and do a safety and health check on the client.

“The people we’re serving were already homebound before any of this happened and because of their physical state, they are even more vulnerable and have fewer resources available to them when it comes to nutrition,” Kris Shabestar, executive director of Meals on Wheels of Greater Lynchburg, said. “So our meal delivery program is exceptionally viable. We deliver a hot meal and are providing a safety check as well as a connection in the community to make sure they are safe and don’t need additional assistance.”