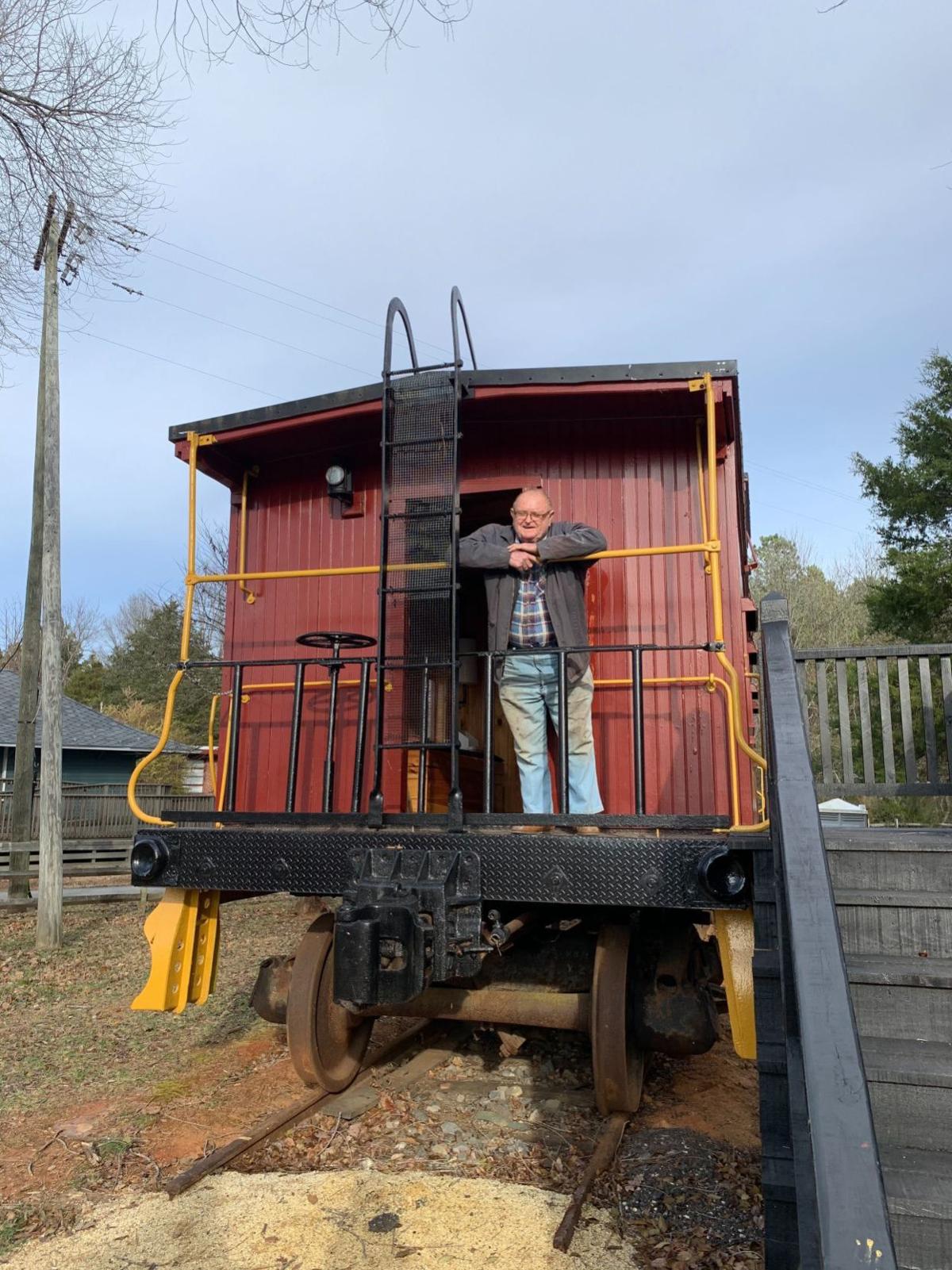 Ted Hughes stands on Dec. 3, 2019 on the back of an original Virginia Blue Ridge Railway caboose he worked to restore. 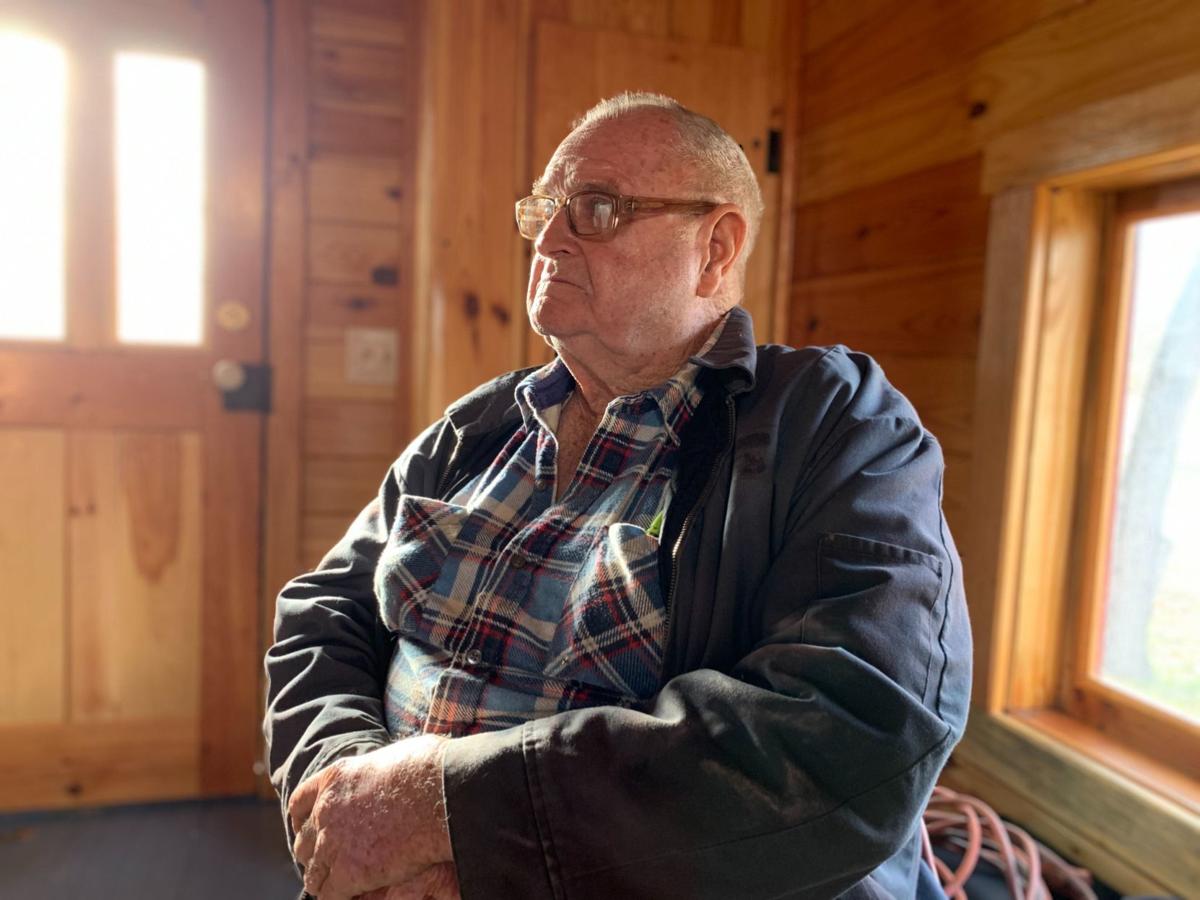 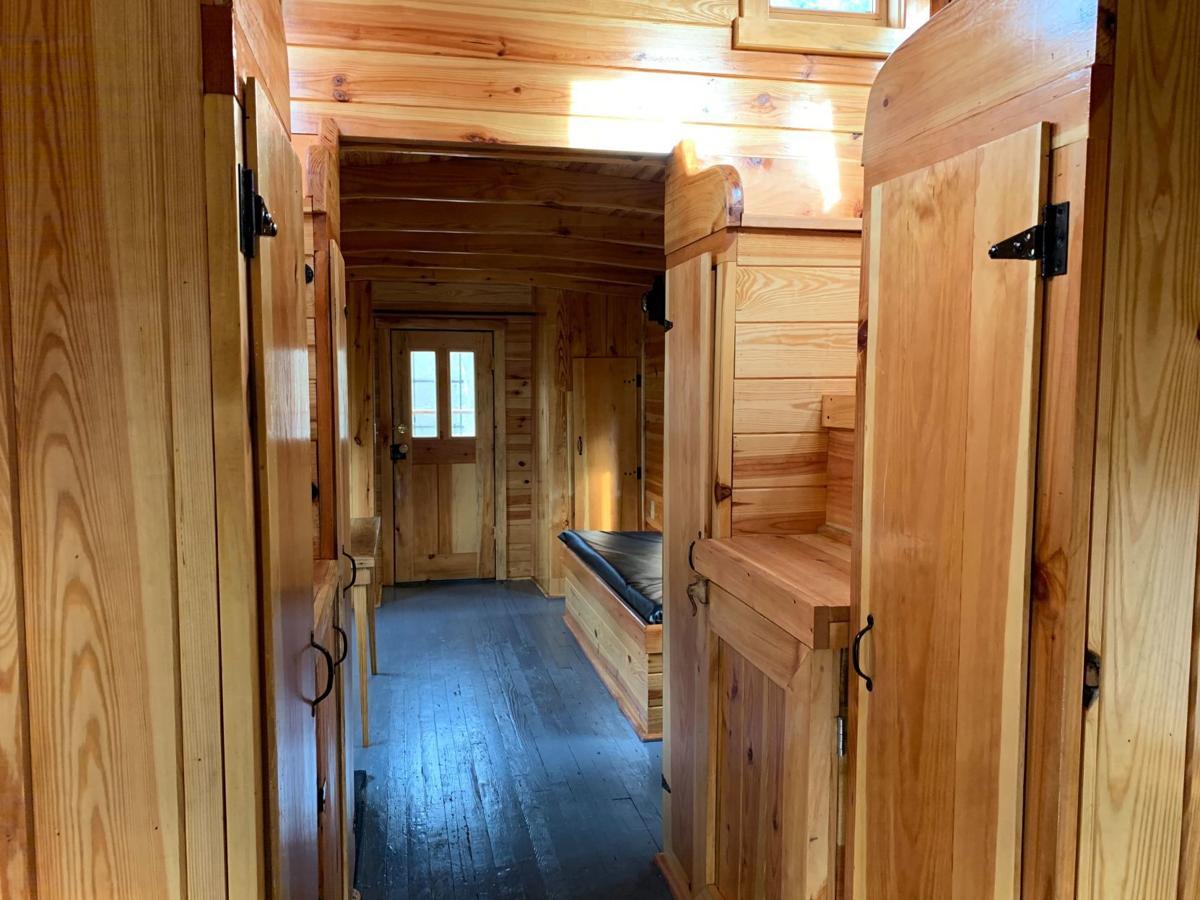 The inside of a restored caboose from the early 1900s. 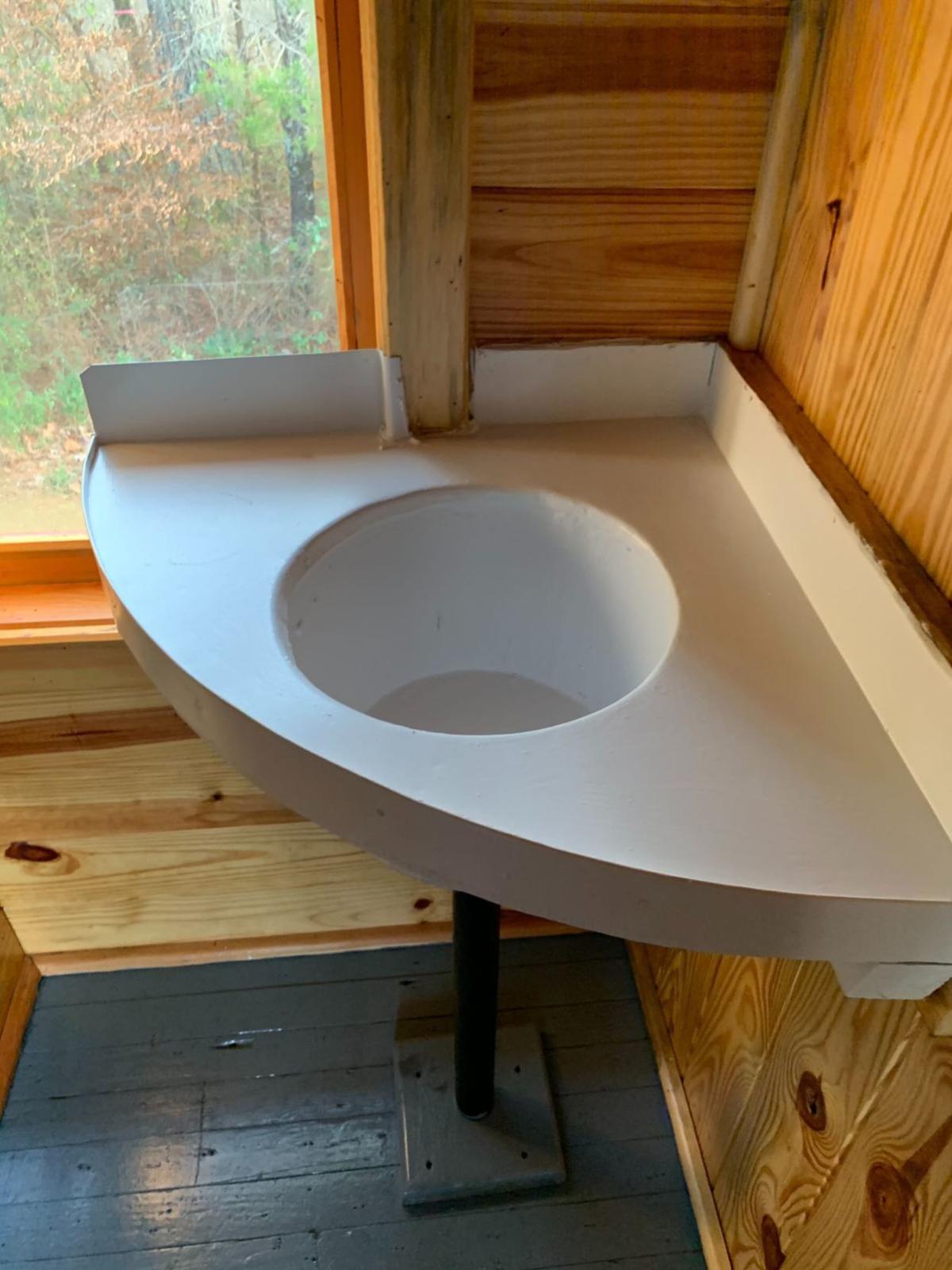 A sink from the early 1900s inside a restored caboose 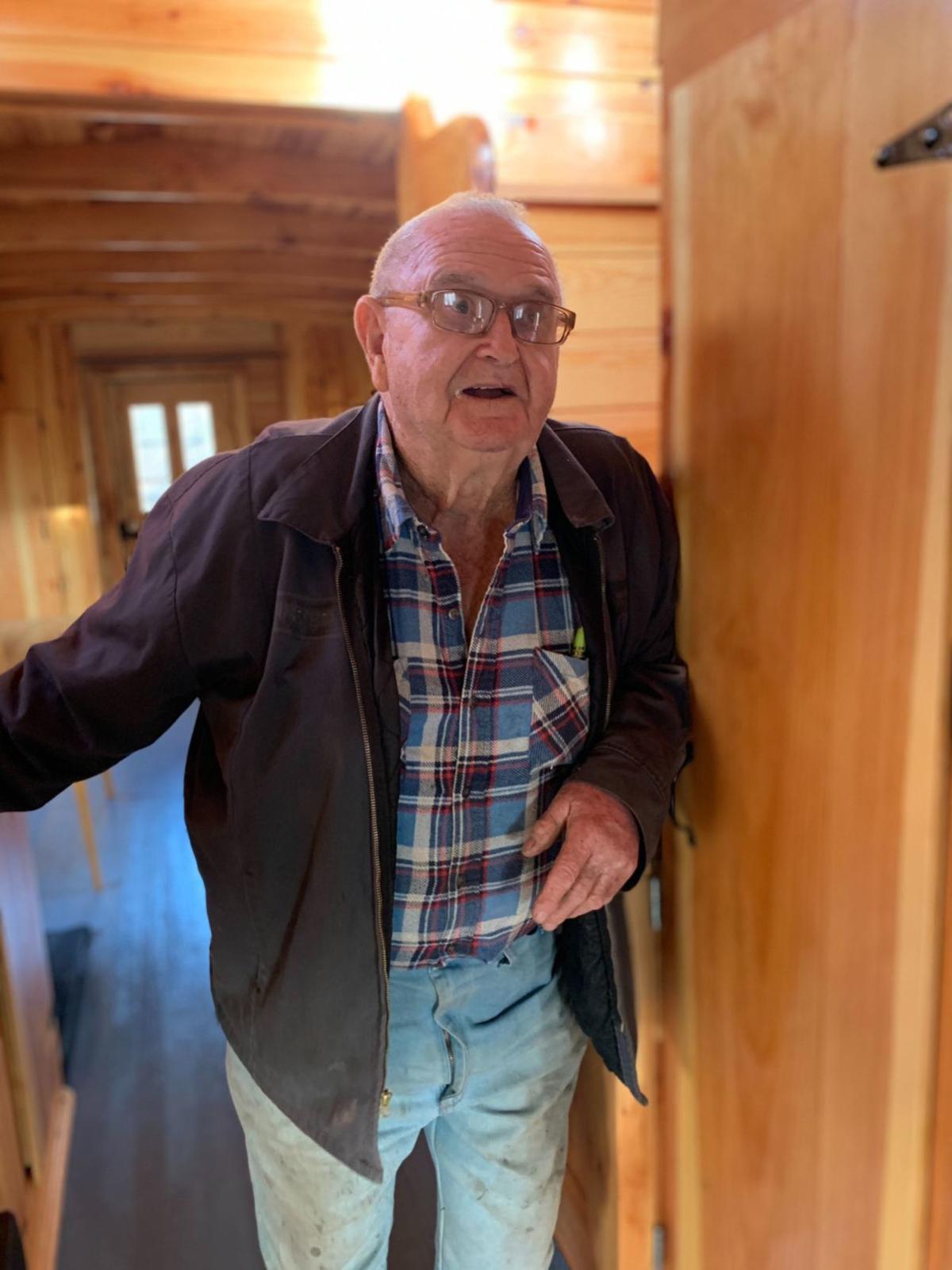 Ted Hughes stands inside a caboose he restored on Dec. 3, 2019. The caboose is the original one that ran along the Virginia Blue Ridge Railway in the early 1900s through the 1980s. 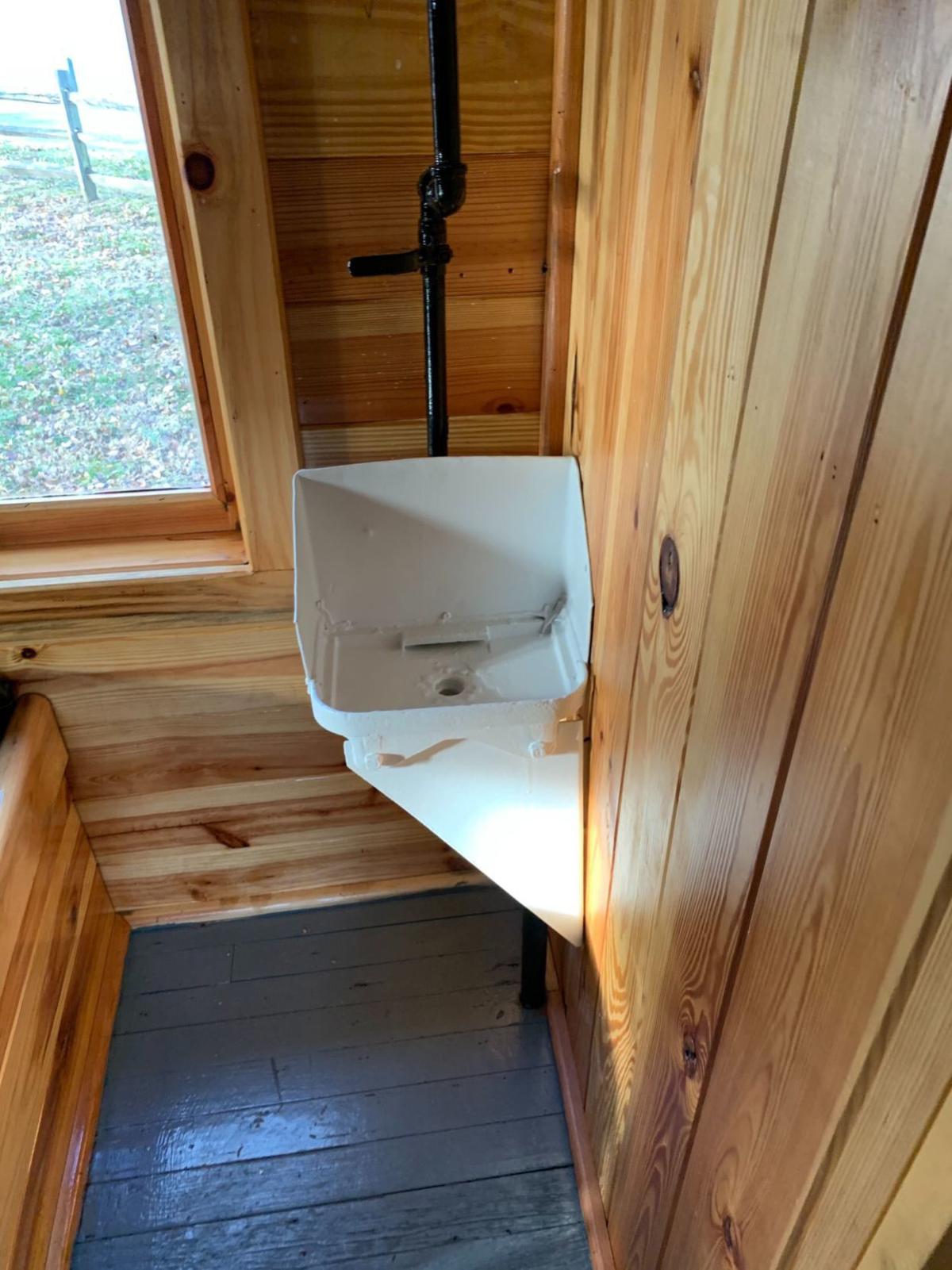 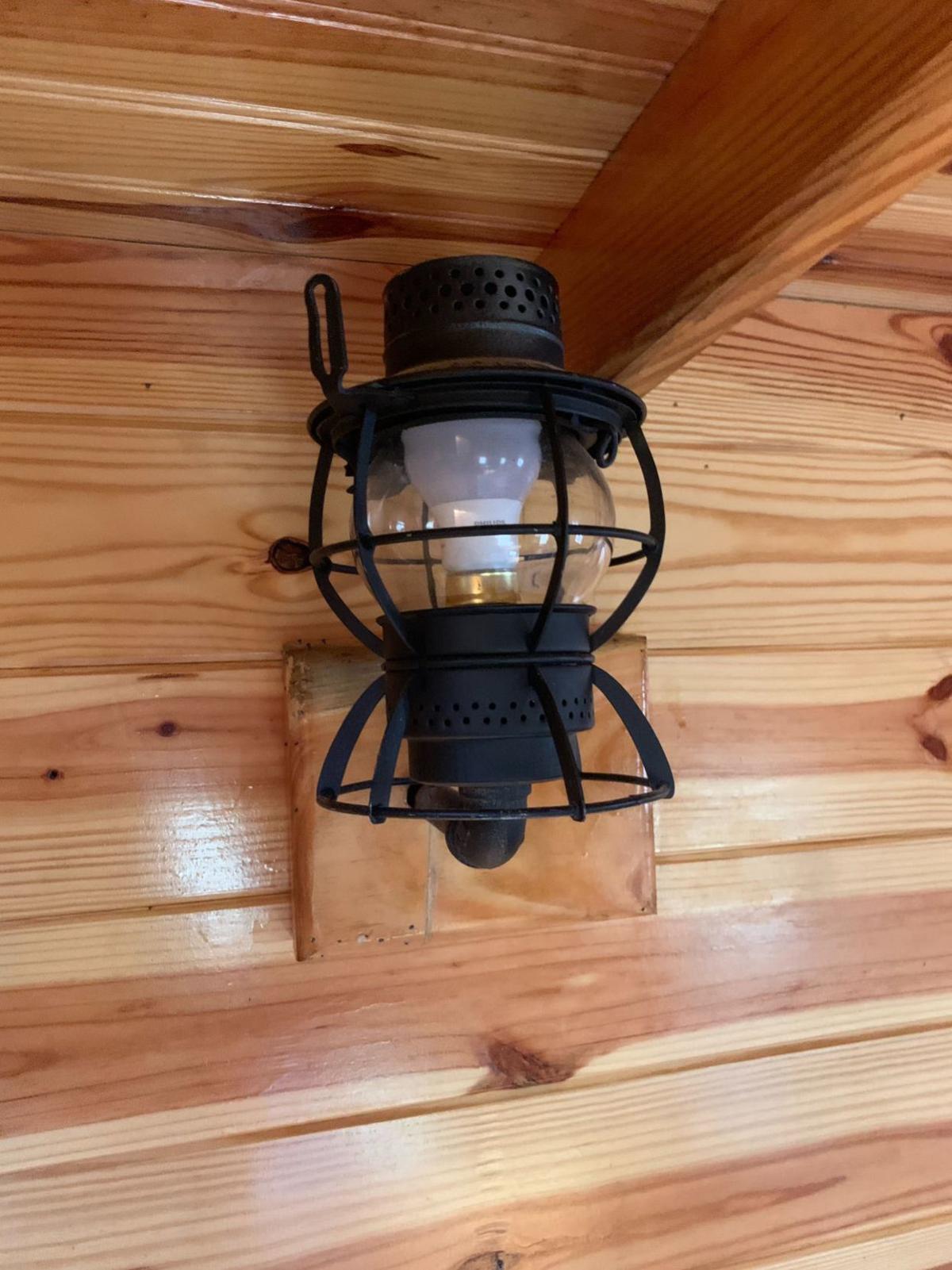 A lantern from a different railroad system inside a restored caboose 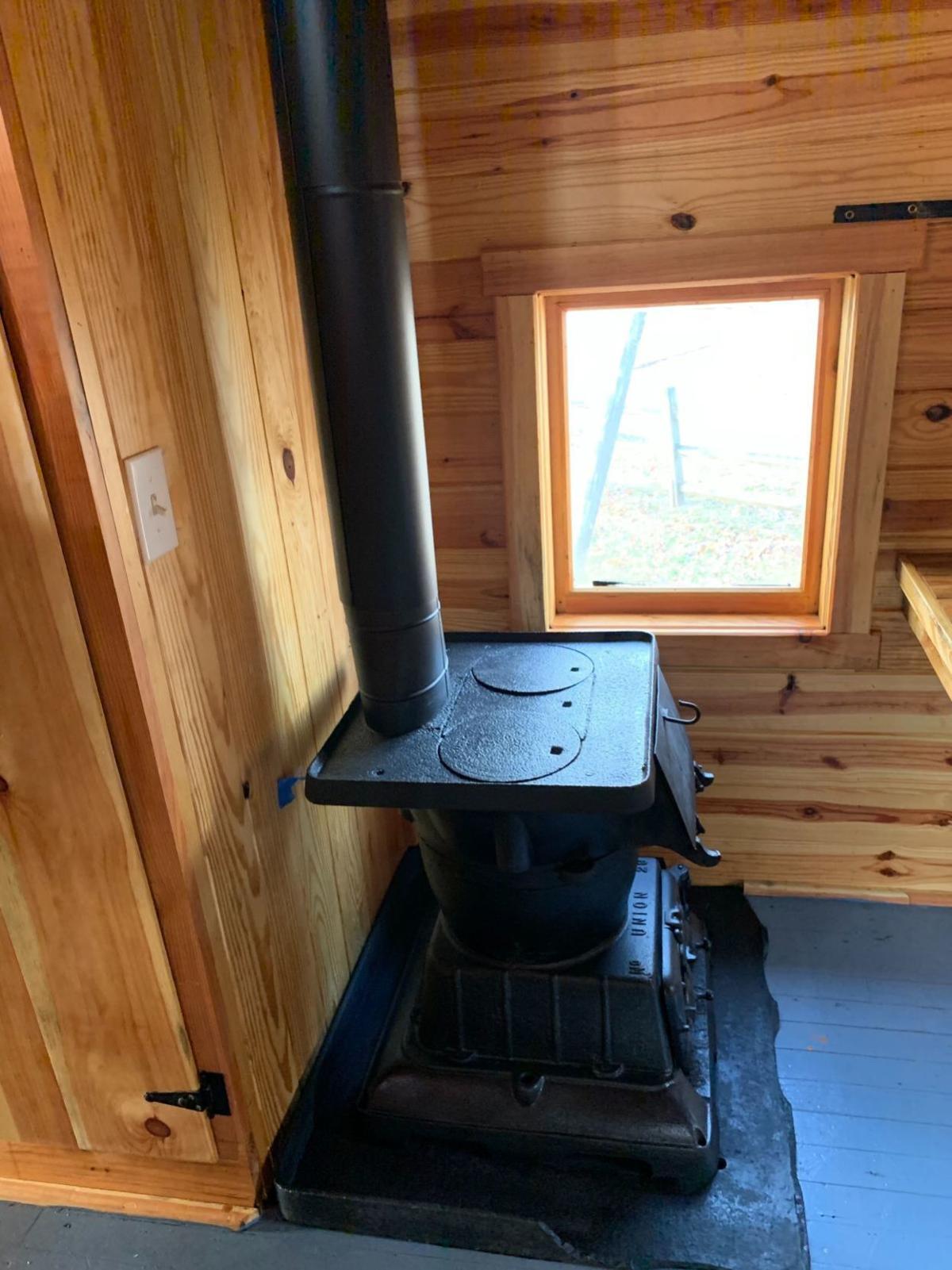 An iron potbelly stove inside an 1900s caboose 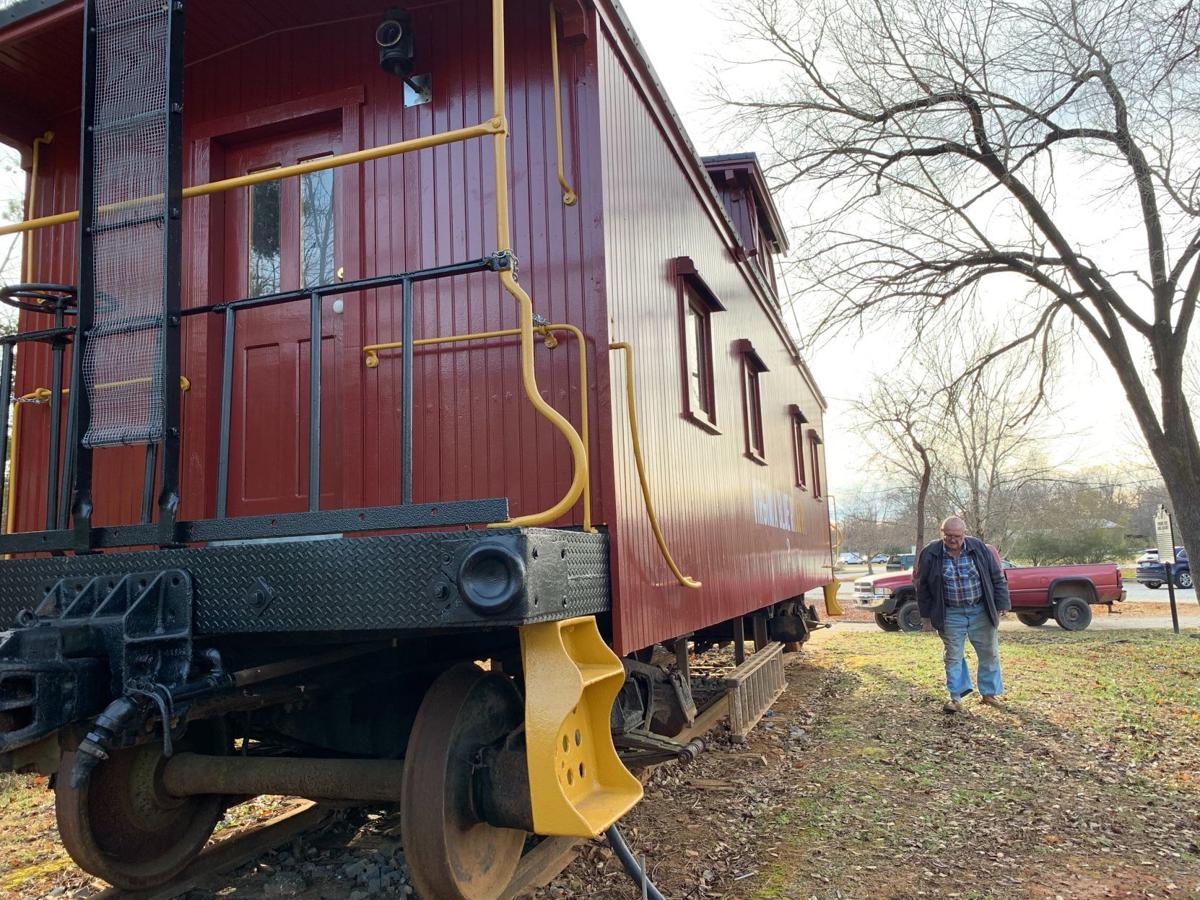 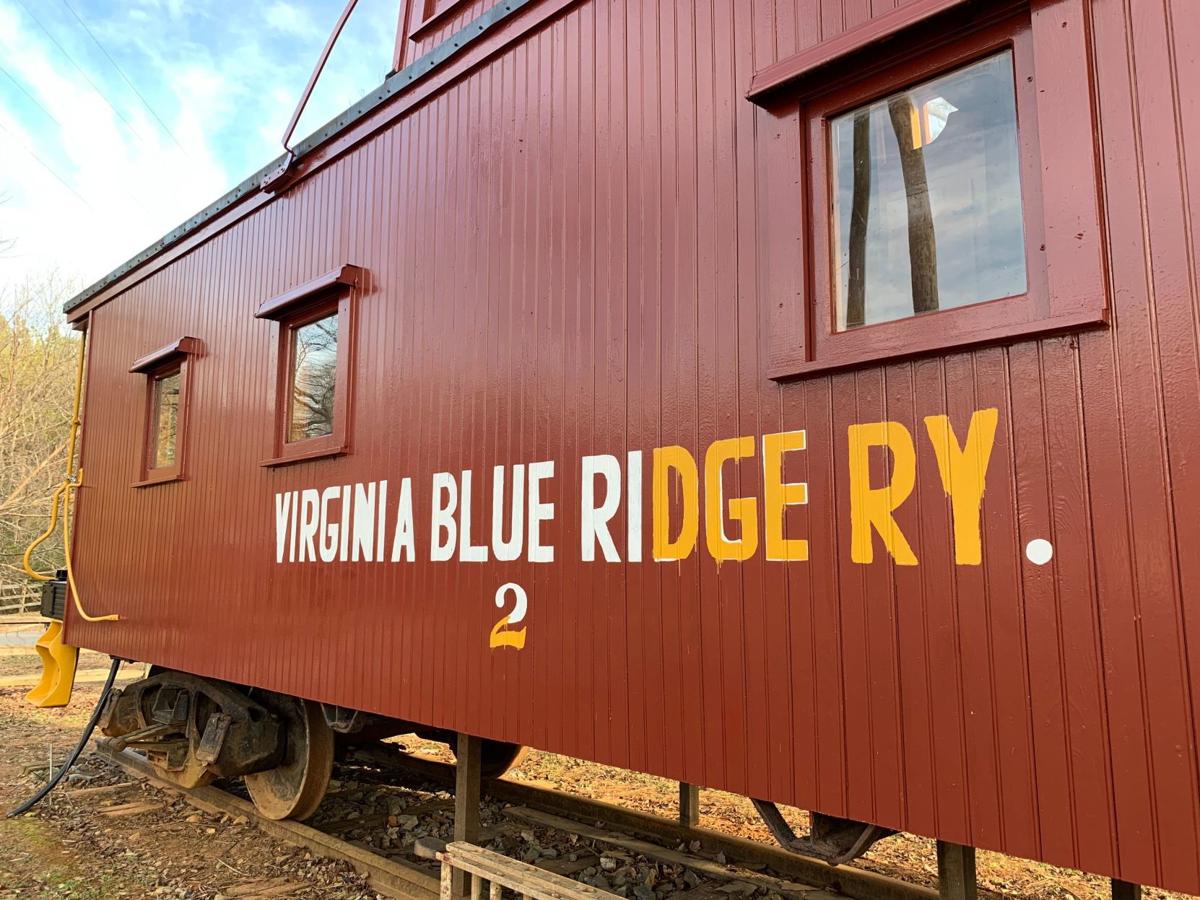 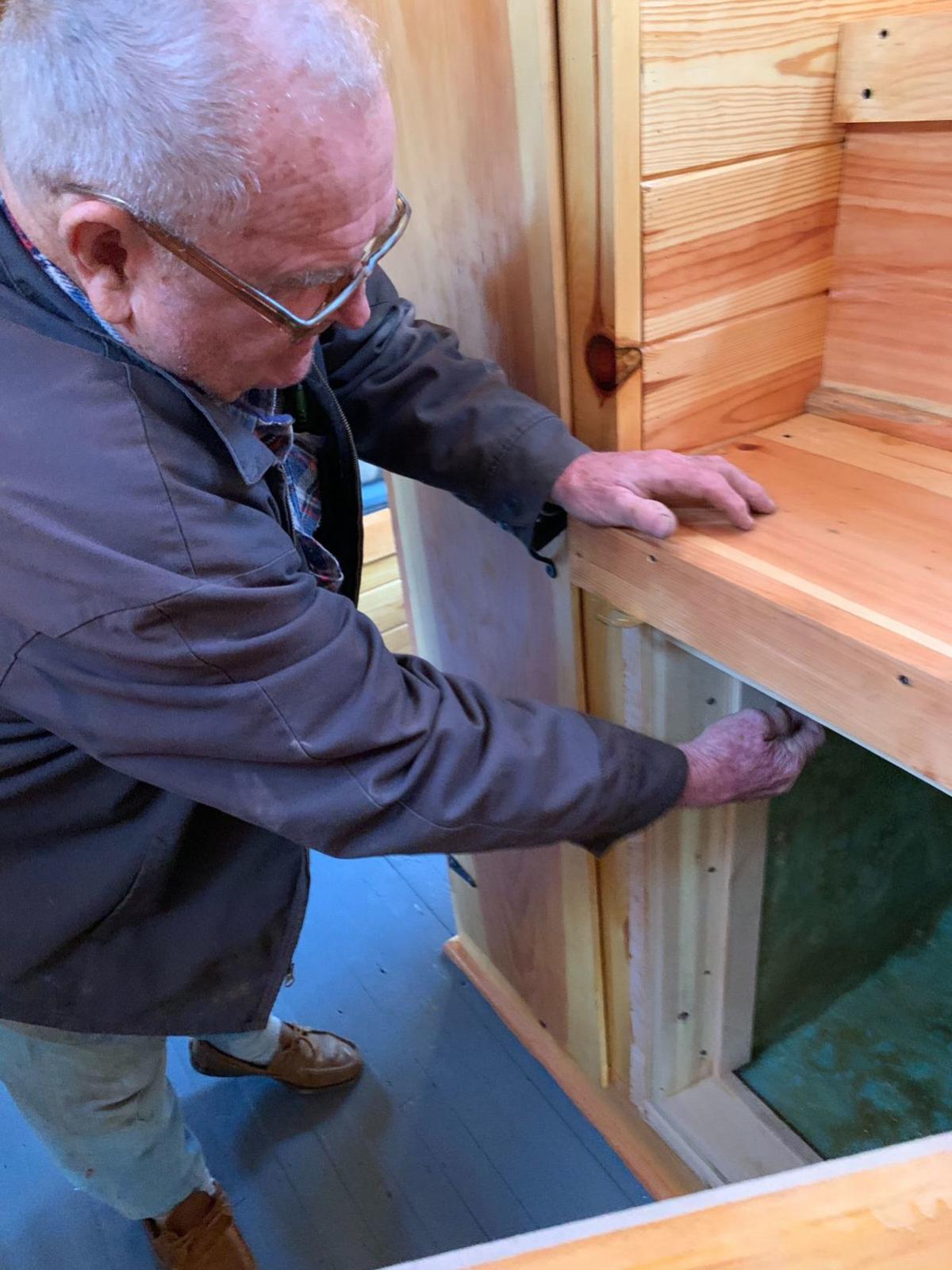 Ted Hughes displays an ice chest that would have been used in the caboose when it ran from the early 1900s through the 1980s.

Ted Hughes shows a table he revamped inside the restored caboose and how it can fold up to provide more room on Dec. 3, 2019.

Ted Hughes stands on Dec. 3, 2019 on the back of an original Virginia Blue Ridge Railway caboose he worked to restore.

The inside of a restored caboose from the early 1900s.

A sink from the early 1900s inside a restored caboose

Ted Hughes stands inside a caboose he restored on Dec. 3, 2019. The caboose is the original one that ran along the Virginia Blue Ridge Railway in the early 1900s through the 1980s.

A lantern from a different railroad system inside a restored caboose

An iron potbelly stove inside an 1900s caboose

Ted Hughes displays an ice chest that would have been used in the caboose when it ran from the early 1900s through the 1980s.

Ted Hughes shows a table he revamped inside the restored caboose and how it can fold up to provide more room on Dec. 3, 2019.

After years of trial and tribulation, a piece of Nelson’s history has been brought back to life.

In 2015, Ted Hughes, a Nelson native, and a group of individuals moved an original caboose once a part of the Virginia Blue Ridge Railway from Rapidan, where it had been sitting for close to 50 years, to Piney River in the hopes of a successful restoration project.

“This isn’t just any caboose, it’s the caboose from this railway,” said Claire Richardson, director of Nelson County Parks and Recreation.

The caboose had been purchased by railroad enthusiast Lee Aston in the 1970s, but he never got around to restoring it as he had hoped. After he died, his wife agreed to donate it back to the Virginia Blue Ridge Railway Trail.

Hughes, who has been running a restoration business since his retirement from the Virginia Department of Transportation in 1994, was contacted by Steve Martin, of Amherst, and the Virginia Blue Ridge Railway Trail Foundation to get the caboose and revamp it about five years ago.

“I agreed to just move it with about eight others,” Hughes said.

Hughes said The Rail Trail Foundation had asked me about overseeing it and would pay him a certain amount for his work plus mileage. However, having to basically rebuild this circa-1920s caboose from the ground up, took more funds and more time than originally thought.

“The Massies Mill Ruritan Club held a BlueGrass show and raised money and the rest is through donations,” Hughes said.

The donations and voluntary manual labor paid off. The caboose, sitting at the Piney River Trailhead at 3124 Patrick Henry Highway is very near completed. From the red exterior to the timely ice chests and potbelly stove inside, everything about the caboose is as it would have been in its prime, almost 100 years ago.

“When I was growing up, the train came through here twice a day,” Hughes said.

In the early 1900s, a blight had attacked the prosperous American chestnut trees. In order to salvage as much of the timber as possible, railroad men from Lynchburg and upstate New York teamed up to build 15 miles of what became known as the Virginia Blue Ridge Railway through Nelson and Amherst counties in order to transport and sell the timber while it still had value.

According to the Whippany Railway Museum in New Jersey, this caboose was dubbed “caboose #2” formerly of the Southern Railway vintage 1922 and became a part of the Virginia Blue Ridge Railway in the late 1940s when Southern Railway was transitioning from wooden cars to steel.

“For the next decade, it faithfully tagged along behind the VBR’s freight trains as they rolled their way along the Piney River,” according to the museum.

In the 1960s, wear and tear forced the caboose into retirement and it ended up rotting despite Aston’s intentions of refurbishing the car. The VBR itself functioned until the 1980s, when it was shut down for good.

“It’s important to bring a piece of history back,” Hughes said.

Richardson said this project finally coming to fruition is important for the county for a number of reasons.

“It’s an asset to the county to have a piece of history part of the railway trail now, which is used for recreation,” Richardson said. “People come here anyway so this is just an added benefit.”

The railway trail is seven miles of a public walking and biking trail established along where the railroad once thrived. The trail starts in Piney River, where the bright red caboose now sits, and ends at a historic weigh station which includes the scales, shed, tip and hand car. According to the parks and recreation department, the trail was built “through the vision of Popie and Steve Martin and the cooperation of Nelson County, Amherst County, and the VA Blue Ridge Railway Trail Foundation.”

Hughes said many people from all over use the seven miles of trail and having the caboose there now will attract even more.

“People from all over use this trail and very few have an idea of the history,” Hughes said.

The caboose came to fruition because of a number of helpful hands, hard work, and some luck. Volunteers cut the wood and helped frame everything and Hughes said every Saturday or so three men from Charlottesville would volunteer their time to help with the restoration project. The fully functioning lights inside are all from various historical trains thanks to a random encounter.

“I was at Saunders Brothers at least a year ago selling books and I started talking to a man and he said he collected railroad lanterns,” Hughes said.

The man — from either Delaware or New Jersey, Hughes guessed — reached out a while later and donated his collection.

“It’s a good example of folks helping out without expecting anything in return,” Richardson said.

Although the caboose in the early 1900s wouldn’t have had electricity, the rest of it is authentic, from the urinal in the corner to the stove to the ice chests and the bunks. The words along the side of the caboose were originally painted in white, but after some research Hughes and volunteers realized the words should be yellow and they are currently in the process of repainting them.

“It was rebuilt from the ground up,” Richardson said.

The most challenging part of the entire project, Hughes said, was getting the caboose on the track properly after it was moved via a truck from Rapidan. Hughes said they had to place it just so onto two pins along the track, but when they set it down it had just missed and they had to lift it up and try again. The whole caboose sits on just two pins holding it in place.

“Emily [Harper] would tell you it was a feat of engineering,” Richardson said about the former parks and recreation director. “Just getting it here, jacking it up, and then getting it down again.”

Hughes also put much of his own money into the project when it became more expensive than originally thought, and recently as the project comes to a close has been selling artwork donated by Pat Saunders to pay himself back for the project he wanted to see through. Hughes guessed it cost around $50,000 total to complete and said it was worth every penny, considering what had to be done to bring it back.

The prints and cards he sells depict the caboose in a fall and winter scene. Hughes also sells a book, to which he bought the copyright, about the railway in order to pay himself back for the years of restoration.

“He’s poured his heart and soul into this project,” Richardson said.

A grand opening is in the works and will possibly be held in the spring. Richardson said if volunteers are possible, the caboose can be open certain days of the week for the public to walk through, but that hasn’t been made official.