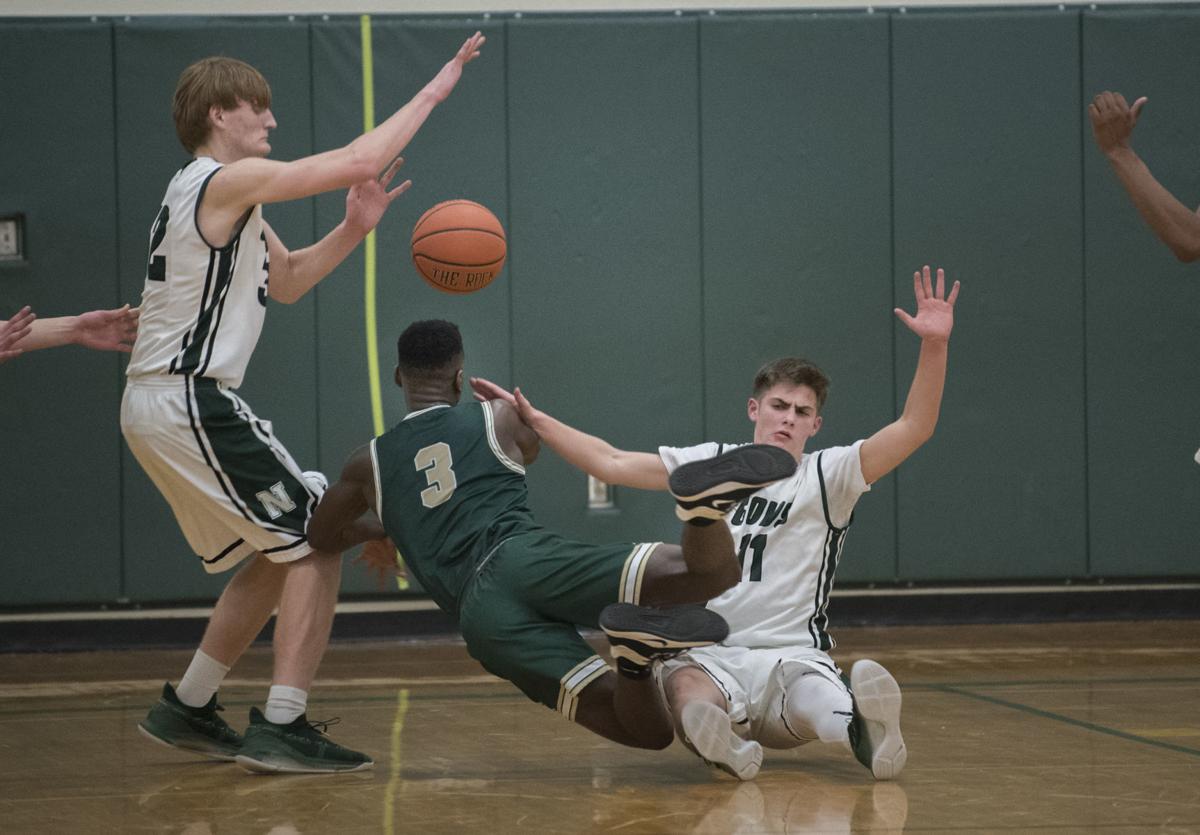 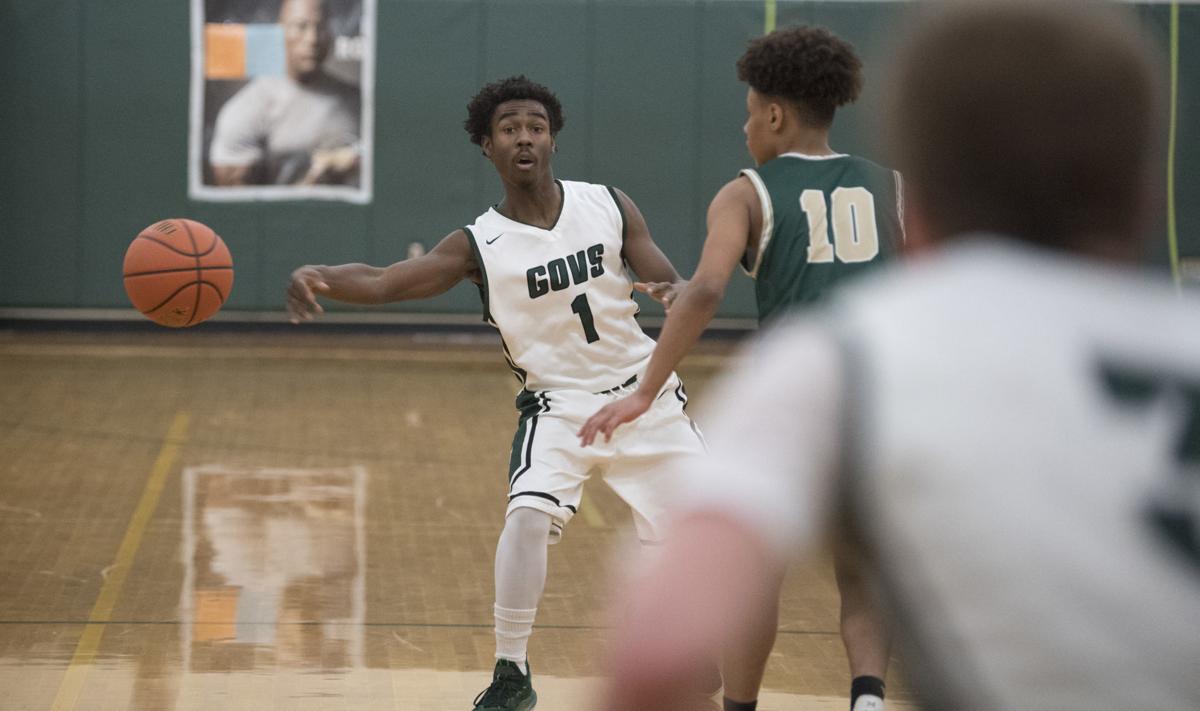 Gov Brice Wilson whips a pass to a teammate against Glenvar. 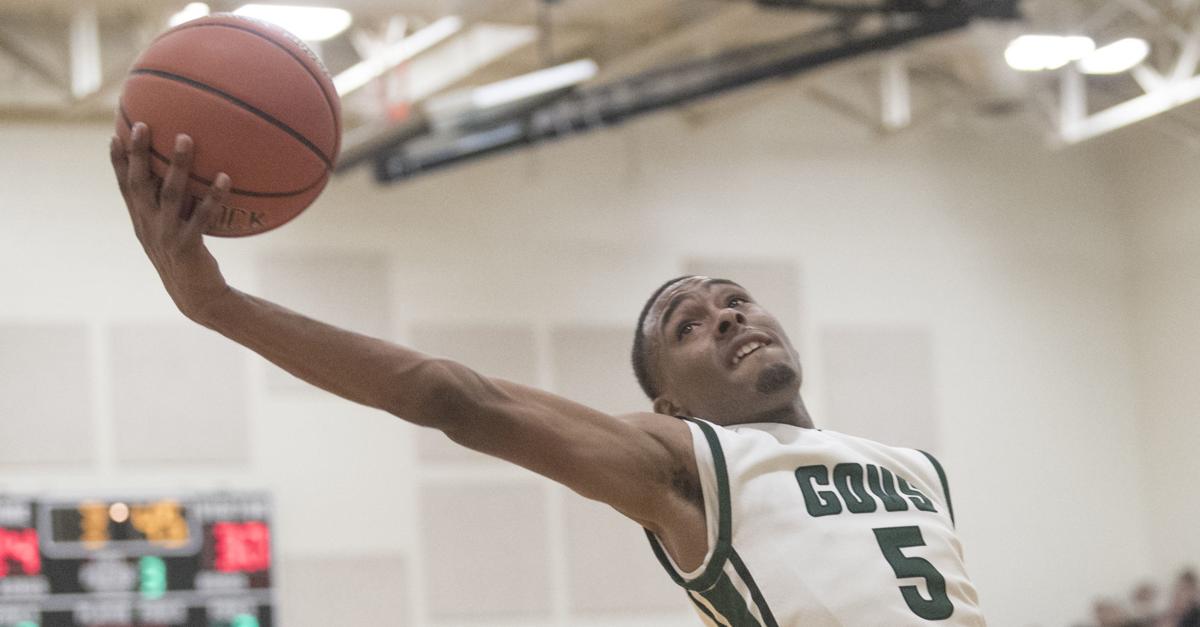 Gov George Brown stretches out to control a rebound against Glenvar. 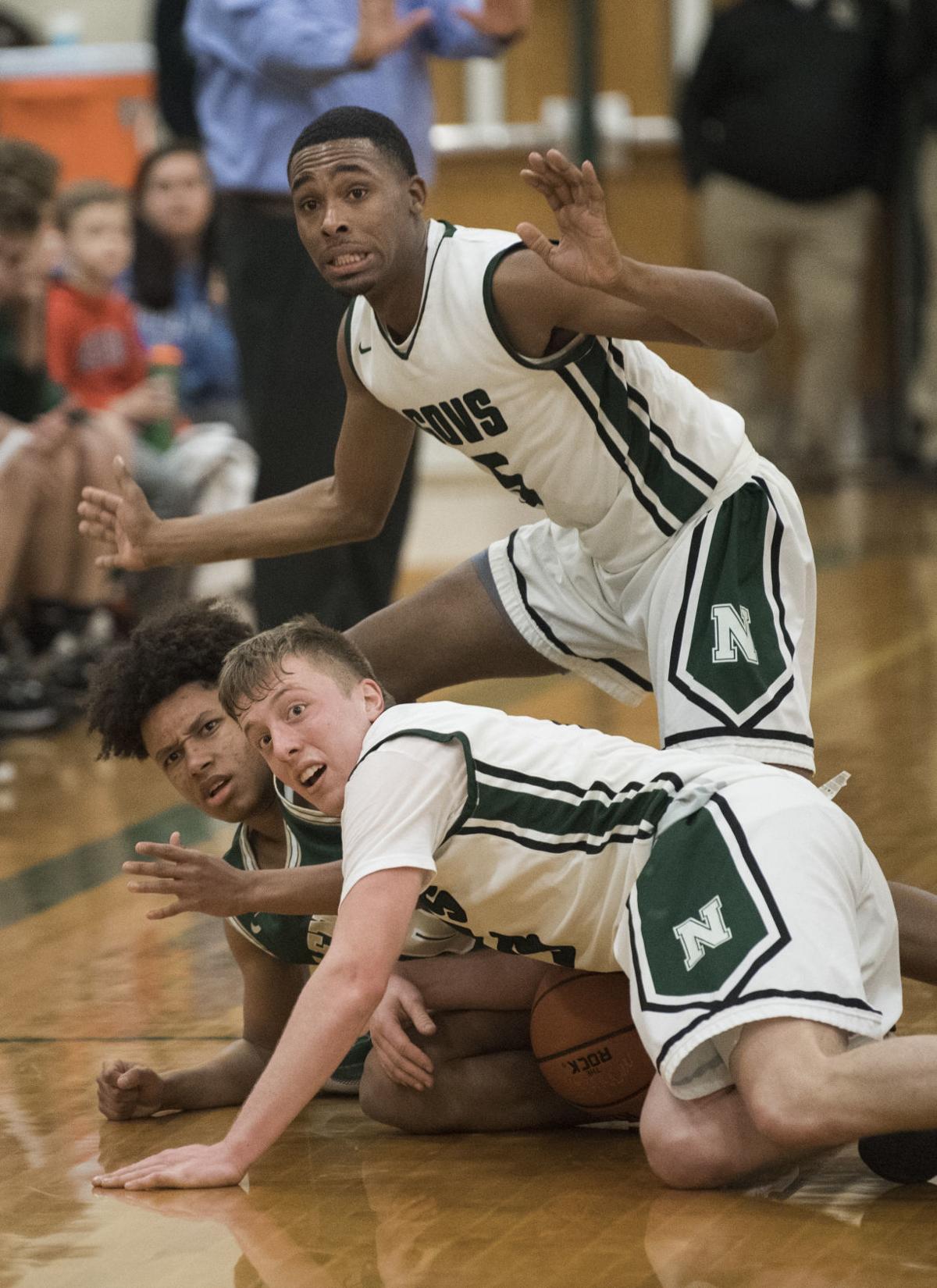 Govs Houston Carter (on floor) and teammate George Brown along with a Glenvar player look to an official for the foul call. 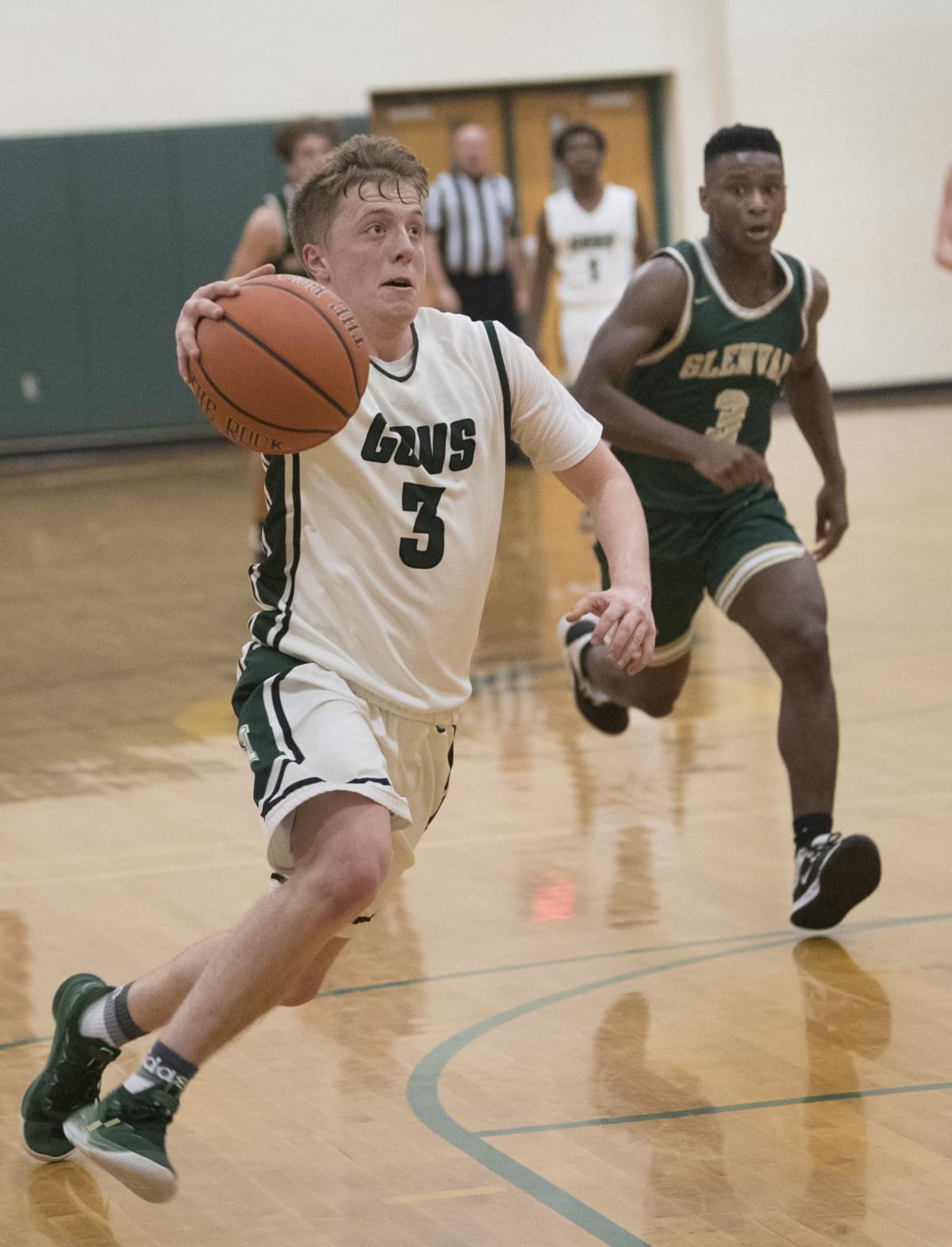 Gov Brice Wilson whips a pass to a teammate against Glenvar.

Gov George Brown stretches out to control a rebound against Glenvar.

Govs Houston Carter (on floor) and teammate George Brown along with a Glenvar player look to an official for the foul call.

The Govs’ run in the post- season came to an end last week on the Nelson court as Glenvar defeated the home team, 55-42.

Houston Carter lead the Nelson offense with 17 points followed by Jaren Purvis, who had 13 points along with 11 rebounds.

Team leading scorer for the season Brice Wilson added three points as he is nursing an ankle injury.

“This was a tough way to see our season come to an end. Every team in Virginia except the six state champs season ends with defeat however we had a tough shooting night and just didn’t play to our full potential which makes it more difficult,” said Nelson coach Brian Wilson. “Glenvar played well and had a great game plan so congrats to them, but they didn’t see the best version of us. I will miss these seniors and I appreciate them very much and their contributions to this program. We don’t lose a lot of players so I’m excited at the growth that was made and the future of the program.”

Manthey’s best effort was 7 and half feet followed by teammate Victoria VanHout’s third place. The event was won by Stuarts Draft’s Leah Wood with her winning heighth of 9 and half feet.