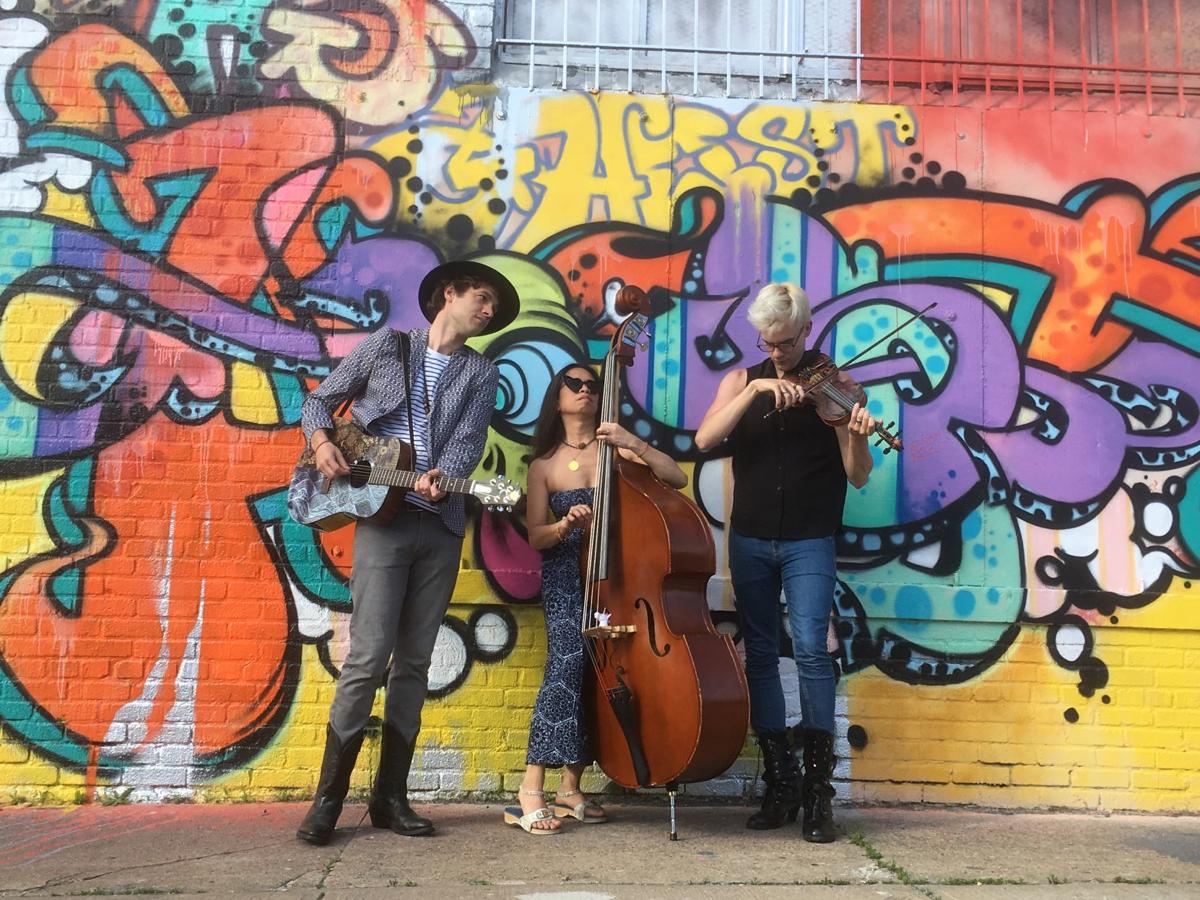 When talking about the conversational tone of their lyrics, Amy Priya (center) says “Music has the ability to touch people on a very personal level, so using an intimate tone helps to break apart that barrier between performer and listener.” 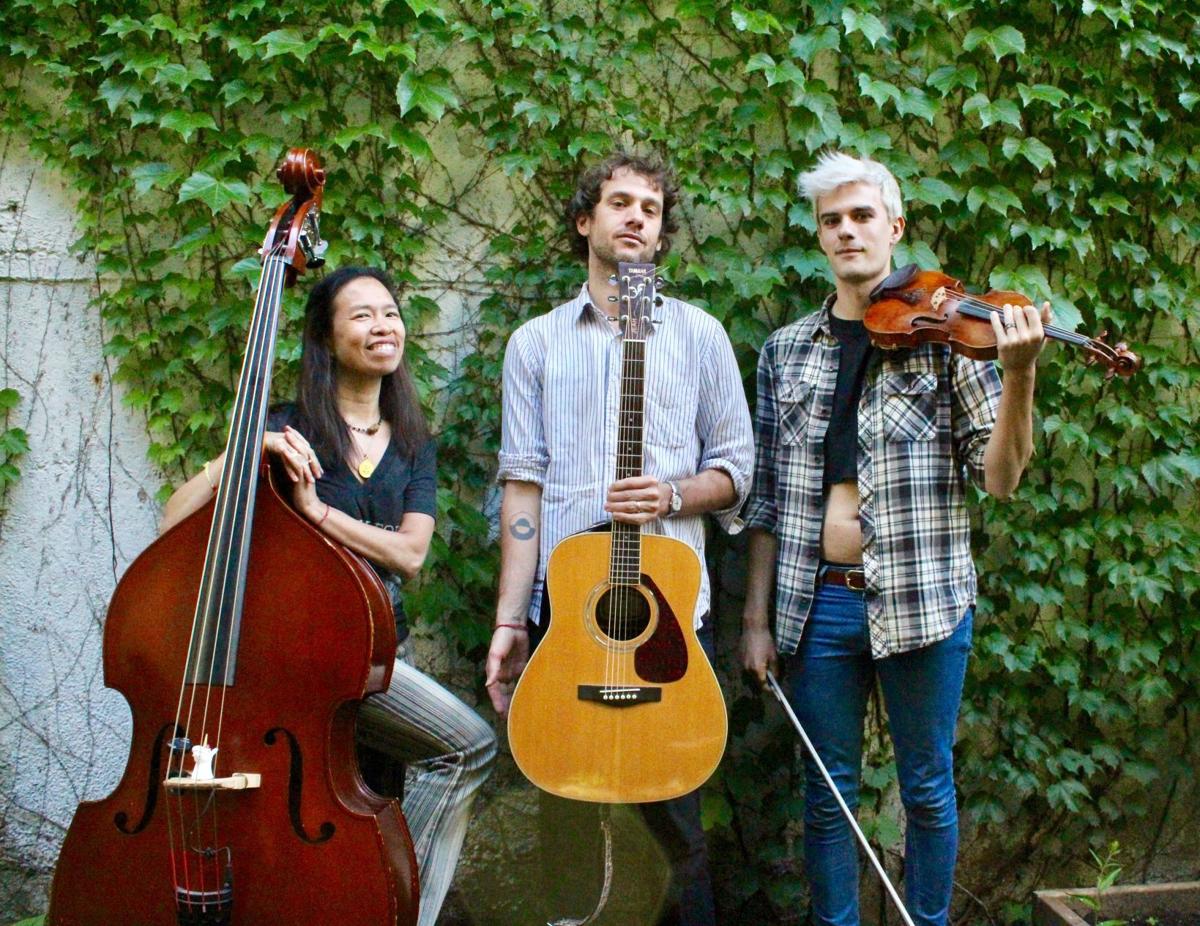 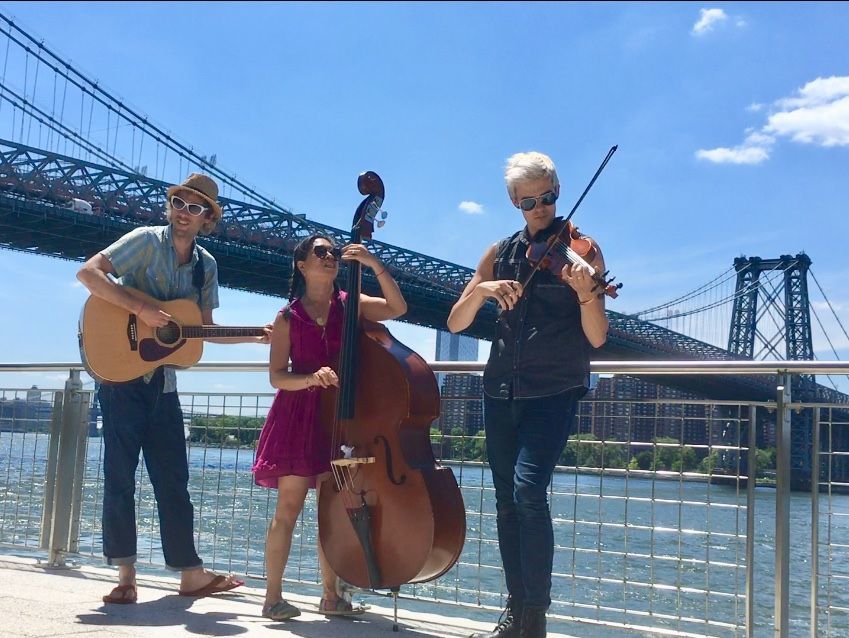 When talking about the conversational tone of their lyrics, Amy Priya (center) says “Music has the ability to touch people on a very personal level, so using an intimate tone helps to break apart that barrier between performer and listener.”

People aren’t saying anything these days, according to musician Stephen Sunshine.

“All filler, no weight,” he explains — exactly the opposite of what his band Sunshine Nights, which plays this Friday at Baine’s Books and Coffee in Appomattox, is trying to be.

A creative project Sunshine started with fellow Brooklyn musician Amy Priya in 2009, Sunshine Nights is all about authentic sound.

“We hear something and it sticks in our minds and hands,” Sunshine says. “Personally, I am mostly drawn in life to physical, non-digital instruments.”

Over the last decade, drums, organ, tambourine and even the saxophone have made appearances in this band’s ever-evolving sound.

“Some [musicians] have stayed for many years, some for only a recording session or a performance,” says Priya.

Recently, Sunshine Nights underwent the change from duo to trio when fiddler Reilley Vegh joined the group full time this March. The move was just in time for the release of Sunshine Nights’ fourth studio album, “If We Stick Around.”

“‘If We Stick Around’ is the first full-on concept album we’ve written,” says Sunshine. “It is a fiction about the end of the world.”

To help tell this narrative, the vinyl version of the album, which was recorded entirely in analog, comes complete with poems and artwork from two New York artists.

“The magnitude of how imagery can affect a person’s consciousness is truly amazing,” he says. “We are always looking for more ways to tell a story, not just through old and tired formats.”

No matter who is playing in Sunshine Nights, the group’s authentic approach to music seems to be paying off.

“Full of charm and allure, Sunshine Nights sure qualify as an aptly named band,” Tom Netherland wrote for the Bristol Herald Courier in 2016.

In an email to The Burg before the folksters’ performance in Appomattox, the founders of Sunshine Nights talked about the influence of New York, honesty in songwriting and the decision to go completely analog on their new album.

Why form a creative project instead of a more traditional band?

Priya: “I’m much more interested in art-making that thinks outside of the box. Why limit oneself to just being musicians when we are interested in other creative expressions? Why limit oneself to working with one set group of people when there are so many gifted artists out there doing such great work? I find it so exciting that the work is constantly changing; it always keeps things fresh and exciting. Old songs can become new again with even the slightest change in perspective.”

You’re based in New York, which has a storied folk scene. Does that music scene or even the city itself work its way into your music?

Priya: “All the time. I believe you can’t be truly happy making the sacrifices to live life as an artist without a strong community behind you. Our NYC and musician support groups are invaluable.

“Also, I think the best way to keep your art honest is to write about what you know, what you witness, what you feel, what you experience, so of course NYC plays into that. We consider ourselves open-minded people with a broad world view, but NYC is our home and our truth.”

There’s a very frank, conversational tone to your lyrics. Why take that approach?

Priya: “Music has the ability to touch people on a very personal level, so using an intimate tone helps to break apart that barrier between performer and listener.”

Stephen, you said “Too many people ain’t saying nothing; all filler, no weight.” How do make sure you say something with weight in your songwriting?

Sunshine: “Go from the heart and don’t be lazy or afraid. Exposing your honest self through words is a thing that is most powerful but nearly impossible to do. It is important to bring up that all forms of art and their given value are subjective.”

What would you say inspired the music on your new record, “If We Stick Around?”

Sunshine: “The last three years have almost been like a full coming to or sobering effect around the world. We started writing this record the day after 45 took the presidency. I remember the moment exactly: I was in a bar with Amy in our home neighborhood, Bushwick, and the idea came to us.

“We started writing to feel better. So much has changed; so many human rights have been stripped away. The blatant disregard for humanity just makes us sick, uneasy, and deeply sad. ... It was therapy for us to create this. Even protesting and being proactive, I still feel so powerless at times, and music is the way [in] which I choose to work through all this.”

Why go all analog?

Sunshine: “All the records we love were recorded this way. I honestly can’t think of a single record I truly love the sound of that was computer recorded. Digital is convenience recording for me: easy to do, but at a cost. It’s good enough, but not great. Why make something good when you can make it great?

“Further[more], so many records today are recorded and edited out of 20 or more takes and punches, and somewhere in that mess the human sound is surely lost or edited away. When you record analog, you are compelled to almost always get a clean take on a song from beginning to end. You have to know what you are doing, and be good at doing it.”

On the album’s opener, “For Love,” you, Amy, sing what seems to be an Indian devotional tune over bells. Can you tell me more about that song and how it fits into the overall arc of the album?

Priya: “This is an ancient Sanskrit chant to Saraswati, the goddess of knowledge and arts. It sets the tone for the record as a musical meditation on our times. Quite frankly, we could use more female energy, societal education, and artistic spark in the world we are currently living [in]. So, we’re just putting that energy out in the universe, in the form of this prayer.”