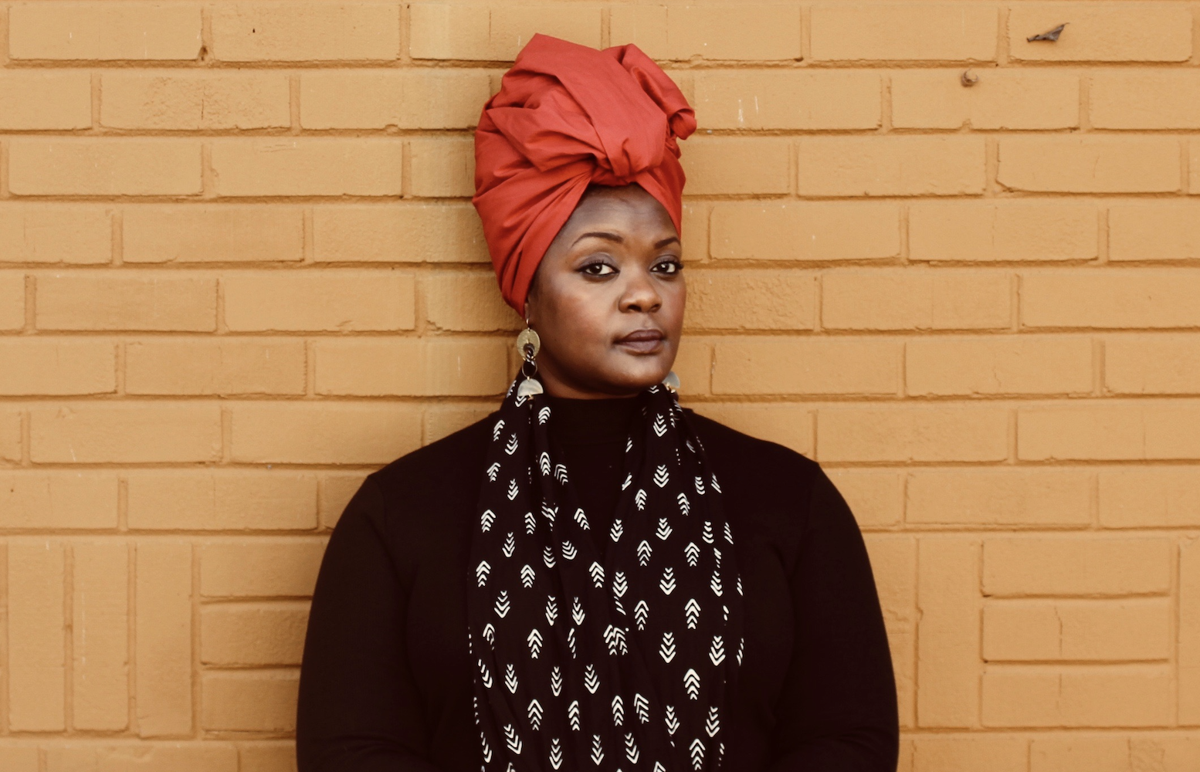 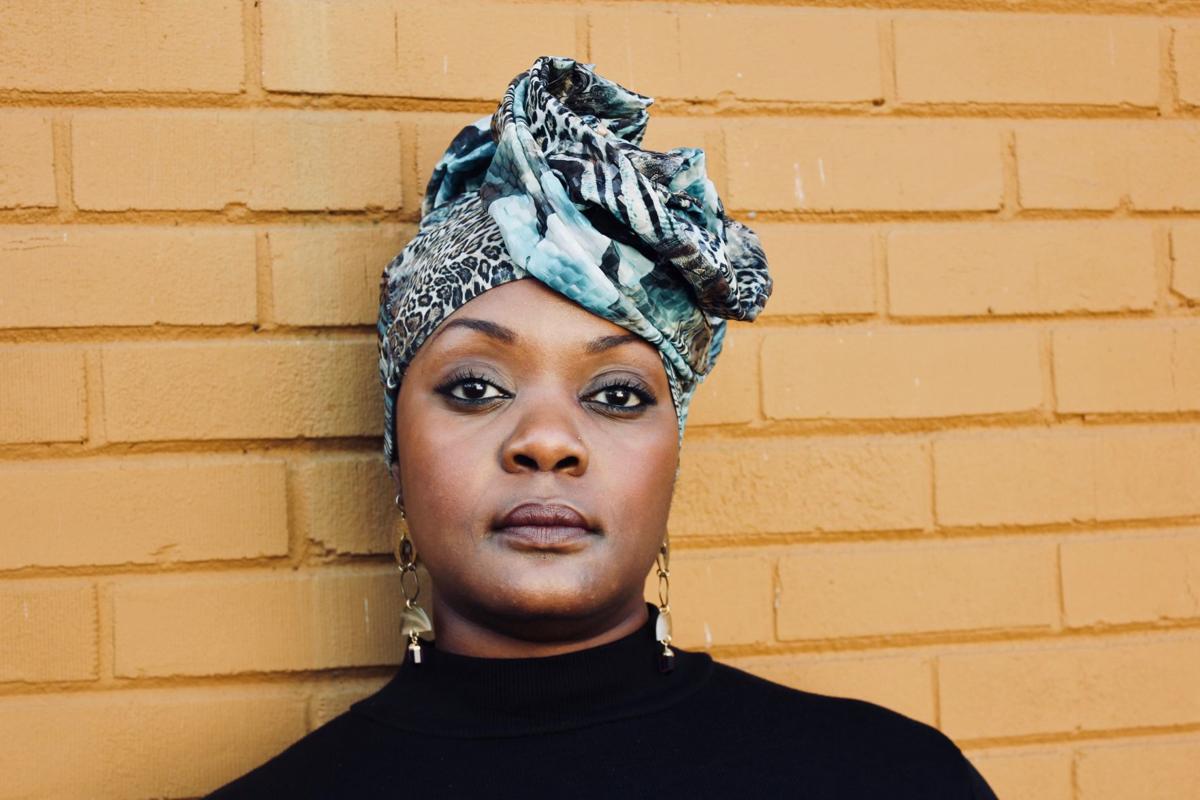 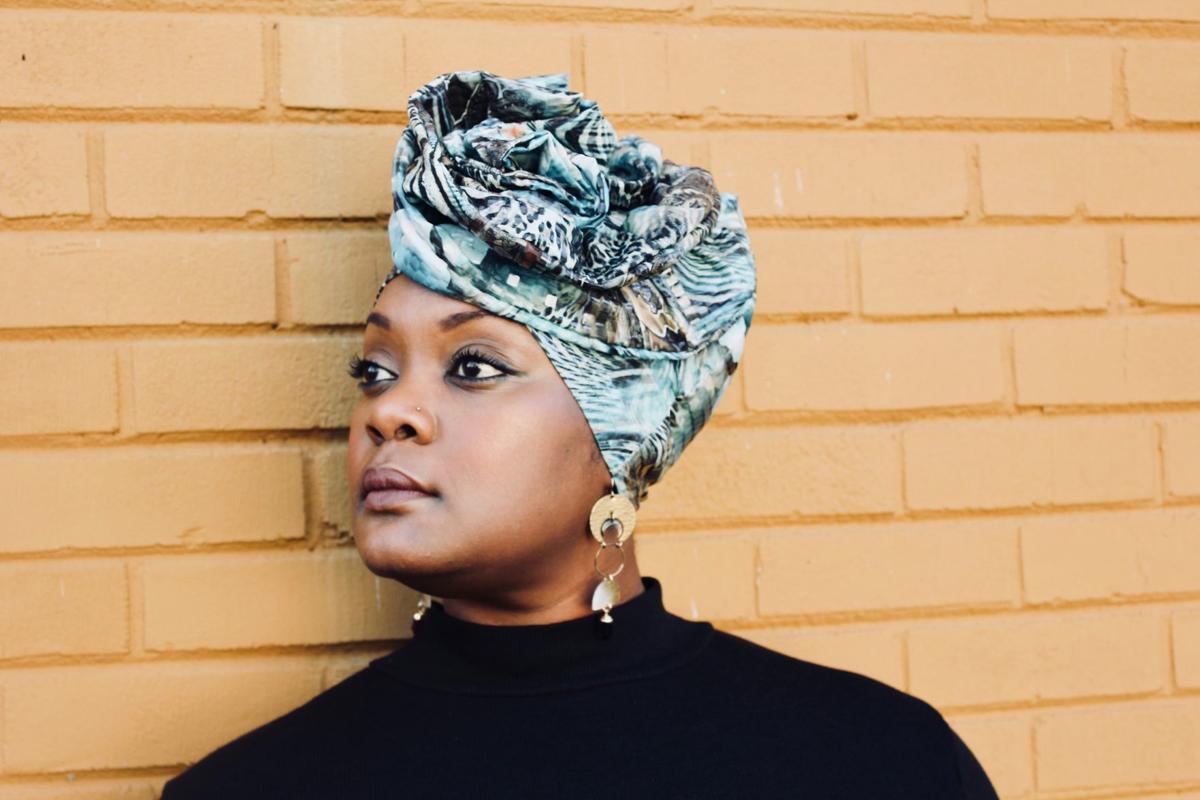 Kyshona Armstrong, a former music therapist, will perform roots, R&B and folk music for an audience at Bedford Central Library this Saturday. Through music, she said she tells stories, both that of her patients and her own.

Kyshona Armstrong, a former music therapist, will perform roots, R&B and folk music for an audience at Bedford Central Library this Saturday. Through music, she said she tells stories, both that of her patients and her own.

Kyshona Armstrong got off a plane from London to Los Angeles last week, where she performed a series of concerts with the L.A. Philharmonic, before departing for her next venue — Bedford Central Library, where Saturday she will take her place in the long line of performers hosted in its monthly concert series.

Though her phone interview with The News & Advance spanned from coast to coast, the South Carolina-raised singer-songwriter said she is looking forward to heading back home.

Armstrong, 39, is on the road the bulk of every month, striving to deliver “societal healing,” a process she said begins through music.

“There is a secret movement that is happening,” Armstrong said. “People walk away ready to mobilize, to bring songwriting and bright light to places that need it.”

After more than a decade as a music therapist, helping others find their voice, Armstrong left the profession to share those stories around the world — from town to town, from tour to tour, be it L.A. or the Bedford community.

“You use music to achieve non-musical goals,” Armstrong said. “It’s a language that doesn’t need language, one where it doesn’t matter where you come from.”

The techniques were different with everyone she treated. Working with youth on social skills or anger management, she might practice positive reinforcement with improvisation, encouraging a dialogue through instruments and song. Other times, she would put the students in small ensembles, to practice working with others and reading non-verbal cues.

In prison systems, she said, even the act of songwriting was a mode of treatment. She worked in tandem with physical and speech therapists to set goals for patients, to tell stories often silenced by convention or stigma.

In nursing homes, something as simple as a familiar song — one they remember from their youth — would help with cognitive ability and memory, bringing Alzheimer’s and dementia patients back to themselves, even if just for a few moments.

Armstrong said it was a heavy job, one that led her to begin writing her own music and performing on her own.

“I needed a way to shed everything that I was taking in from patients,” Armstrong said. “Because of where I’ve been and what I’ve seen, I can convey that feeling and emotion through a song. It opens up a whole other world to someone who may have never been out of their small town.”

As a black woman from the South, she said her music is inherently activism, one that acts as a “vessel” for those who feel lost.

“If you need to put me in a box,” Armstrong said, she would call what she performs roots music. “Blues, soul, gospel, that’s the grit of what I am.”

She remembers her dad playing Stevie Wonder and the Beatles and said it’s the influence of what she was raised on that colors her sound.

Karen Nuzzo, programming chair of the Friends of the Bedford Public Library, invited Armstrong to perform at the library this weekend. She can remember the first time she heard Armstrong sing, accompanying Jonathan Byrd and The Pickup Cowboys on the electric bass at a concert several years ago.

“When I heard her sing, I thought, ‘That is no backup voice,’” Nuzzo said. “She needs to be front and center.”

Nuzzo said the audience can expect an intimate performance Saturday by Kyshona and the Shonettes — with singers Maureen Murphy and Nickie Conley rounding out Armstrong’s trio.

Both women are singers Armstrong met through the music community, and Armstrong said they are the first people she calls in the area when she needs backup.

“She has a remarkable voice; it’s almost magnetic. You want to listen to every word out of her mouth, because she is delivering a message,” Nuzzo said of Armstrong. “She talks about the kernel of emotional truth in [her patient’s] stories, and is able to translate that for the audience.”

It’s the house concerts she performs across the country that keep her going, Armstrong said, and the people that approach her afterward to ask how they can help.

“People feel permission. ... This allows them to feel they can have control, they can build a community through music,” Armstrong said.

Her new LP, “Listen,” released this month, asks the audience “are we even listening to each other?” Even when she’s writing about others, she said, their stories are also hers — “This is the gospel of the people.”

In a crowd of people, all with differing beliefs, political stances or conflicting ideals, it’s music, Armstrong said, that offers unity.

What: Kyshona and the Shonettes