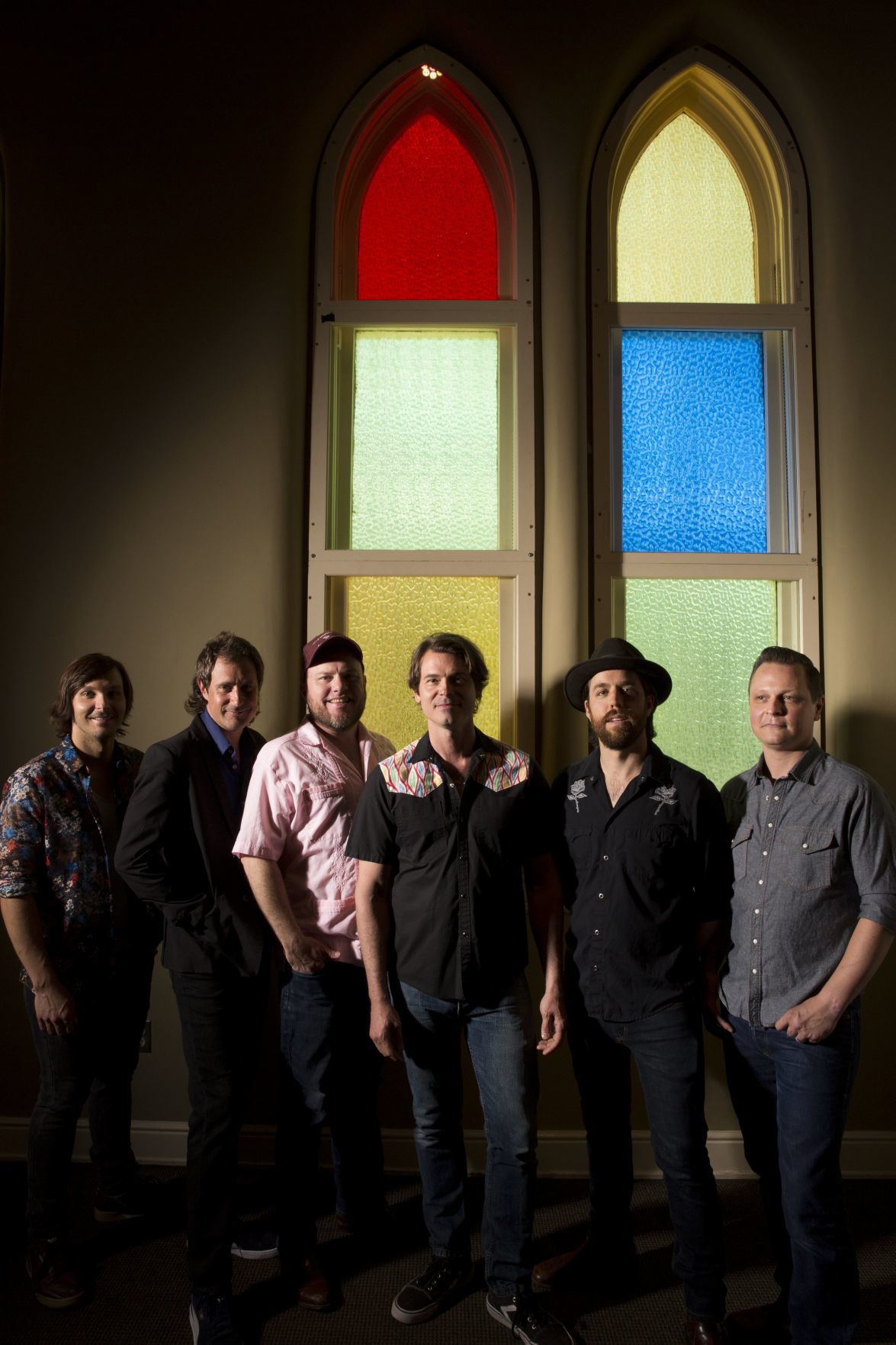 Old Crow Medicine Show will perform at 6:45 p.m. Friday on the Main Stage at the Lockn’ Festival. 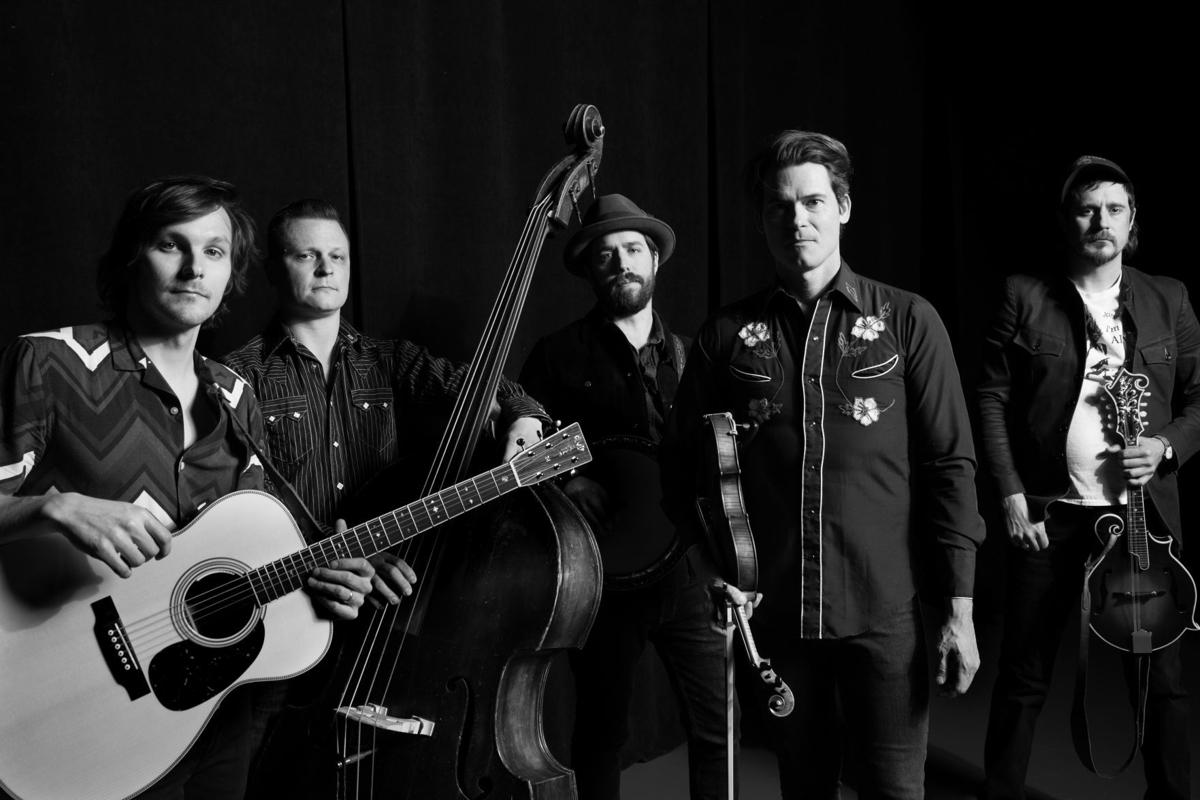 Old Crow Medicine Show will perform at 6:45 p.m. Friday on the Main Stage at the Lockn’ Festival.

It’s not every day you hear a fiddle player call Americana the “lint trap in the spin cycle of country music.”

But that’s how Old Crow Medicine Show frontman Ketch Secor explained it during a phone call ahead of the band’s performance at Lockn’ this Friday.

“Anything that doesn’t stay in rotation with the Carrie Underwood kind of standards of country radio gets caught up in the Americana lint trap,” he said.

Old Crow doesn’t consider itself to be an Americana band, though Secor admitted the group also falls into that all-consuming lint trap, or a bluegrass group.

Meanwhile, critics like NPR’s Ann Powers have often noted the punk-rock swagger Old Crow has used to “make old-timey American music vital for a generation raised on Nirvana and hip-hop.”

When it comes to descriptions, Old Crow prefers the phrase “old-time string band” — a genre that has roots in the Shenandoah Valley where Secor lived for 15 years in his youth.

It was there that the fiddler, who also is a banjoist and harmonica ace, connected with the Appalachian style of music and met future Old Crow co-founder Chris “Critter” Fuqua.

“I think as a kid, I was particularly attuned to the voices that were echoing through the Valley, and when I played the music, at that age, I felt like a conjurer,” he said.

In fact, a 17-year-old Secor was missing his home in the South when he took a scrap of an unfinished Bob Dylan track and turned it into bar-band anthem “Wagon Wheel.”

Arguably Old Crow’s greatest hit, the song, on which Secor and Dylan share co-authorship, was certified multiplatinum by the Recording Industry Association of America in June.

The song “is basically inescapable,” musician Jeremy Burchard wrote last year on online media platform Wide Open Country. “It stands out among other country songs as much as the classics like ‘Hello Walls’ or ‘Islands in The Stream.’”

“Live at the Ryman,” which drops in October, features 11 tracks recorded during a six-year stretch of performances inside the home of the Grand Ole Opry.

“We listened to hours and hours of Old Crow at the Ryman,” Secor said. “We sort of had a general scope of the kinds of songs we wanted, and then we had fond memories of particular performances. It was really great to cull through it and hear all of the different things that had gone on in the past.”

The Ryman, nicknamed The Mother Church of Country Music, will likely play a key role in another project Secor is involved in.

The Old Crow frontman will appear alongside icons like Merle Haggard, Dolly Parton, Willie Nelson and Garth Brooks in the new Ken Burns documentary series “Country Music,” which premieres on PBS on Sept. 15.

According to a news release from PBS, more than 100 subjects were interviewed for the series, which took eight years to make.

“I’m just so glad that Ken Burns, America’s most beloved documentarian, is the one who gets to tell us what country music is,” Secor said.

Before Old Crow takes the stage at Lockn’, Secor talked about the band’s Virginia roots, its love of the Ryman and the enduring legacy of “Wagon Wheel.”

Did spending so many years in the Shenandoah Valley influence Old Crow Medicine Show’s sound at all?

“Definitely. We’re as Virginia a band as a band can be, even though we live in Nashville. I’d put us up against any band that claims to be a Virginia band. We sing about it, we talk about it.”

”Live at the Ryman” doesn’t feel like any old concert record, it’s like a celebration of your history with this iconic space. What has made this relationship so special?

“I grew up in the space of country music because of the land that I lived in. How many songs are about the Valley? So then, [coming] into the Ryman, the Ryman is also the space of country music. Even more so like it’s the church where the stained glass canonized the people of places like the Shenandoah Valley, places like the Mississippi Delta — all across the [South] where these locales are, where culture exists and is rich.

“They ascribe to the Ryman, a kind of familial church place. Like, you sing ‘Will the Circle Be Unbroken,’ and it carries you back to Nashville, Tennessee, to the Mother Church of Country Music. It’s like a family burying ground for country music, and so, the relationship to the Ryman is like our relationship to Virginia in that we’re fortunate to be called into one of these premier spaces of the music that we play.”

How have you tried to honor the Ryman with this album?

“We just tried not to screw it up. At the Ryman, there’s plenty of laud and glory. We just wanted to stand up there and kind of bask in all of that glory and hear the crowd soaring. There’s just nothing bigger than a full house at the Ryman Auditorium, so it was actually pretty simple to capture it.”

The new album isn’t the only project you have coming out soon. You were interviewed for the new Ken Burns docuseries “Country Music,” which is airing on PBS next month. Anything you can share?

Let’s talk your most famous song: “Wagon Wheel,” which has taken on a life of its own. Why do you think it resonates with listeners the way it does?

“It’s catchy and easy to play, and it sounds good around a campfire. I think its success has to do with the fact that it’s played. It’s not so much that it’s listened to. It’s popular, but it’s the kind of thing you want to get your wedding band to play, or you want to play it at the funeral or at the graduation. [It’s] one of those kind of songs.”

Tickets: Range in price from $69 to $299 for day passes. Camping passes and VIP experiences also are available.

The Lockn’ Festival will launch another star-powered schedule on Thursday in Nelson County, and Keller Williams will be back to give the event its traditional Sunday start.

As always, Lockn’ is bringing some seriously big names to Nelson County.