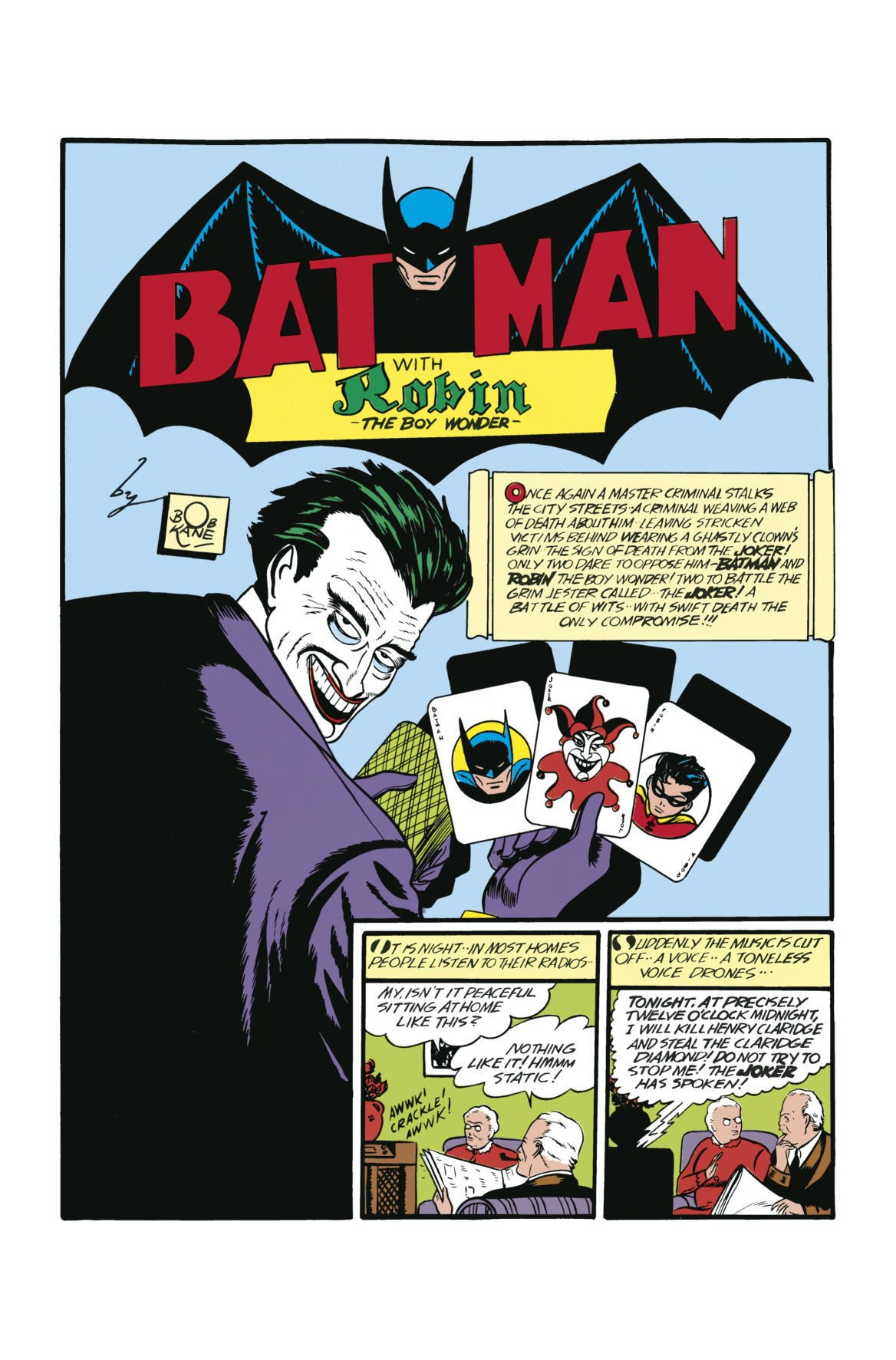 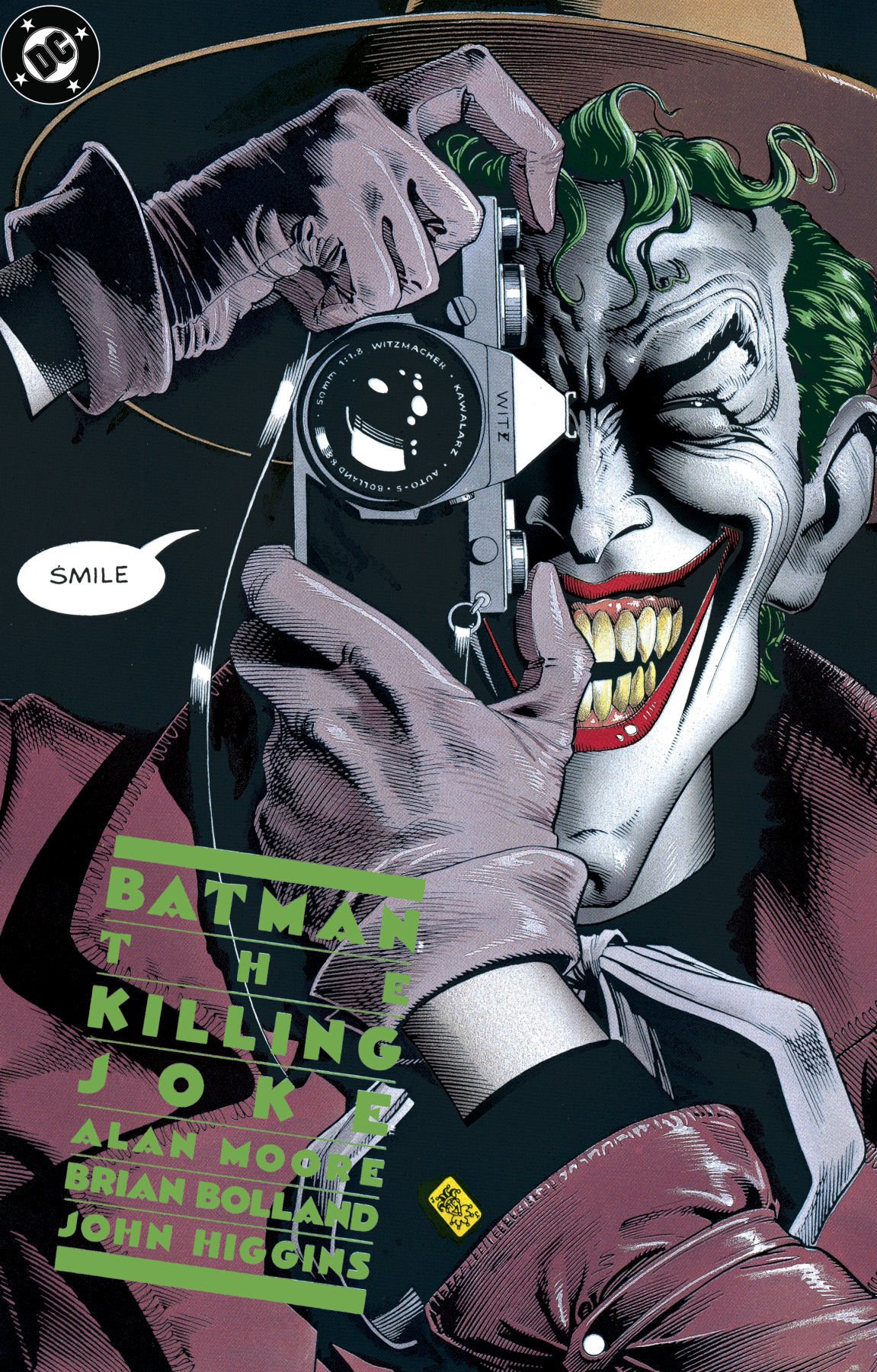 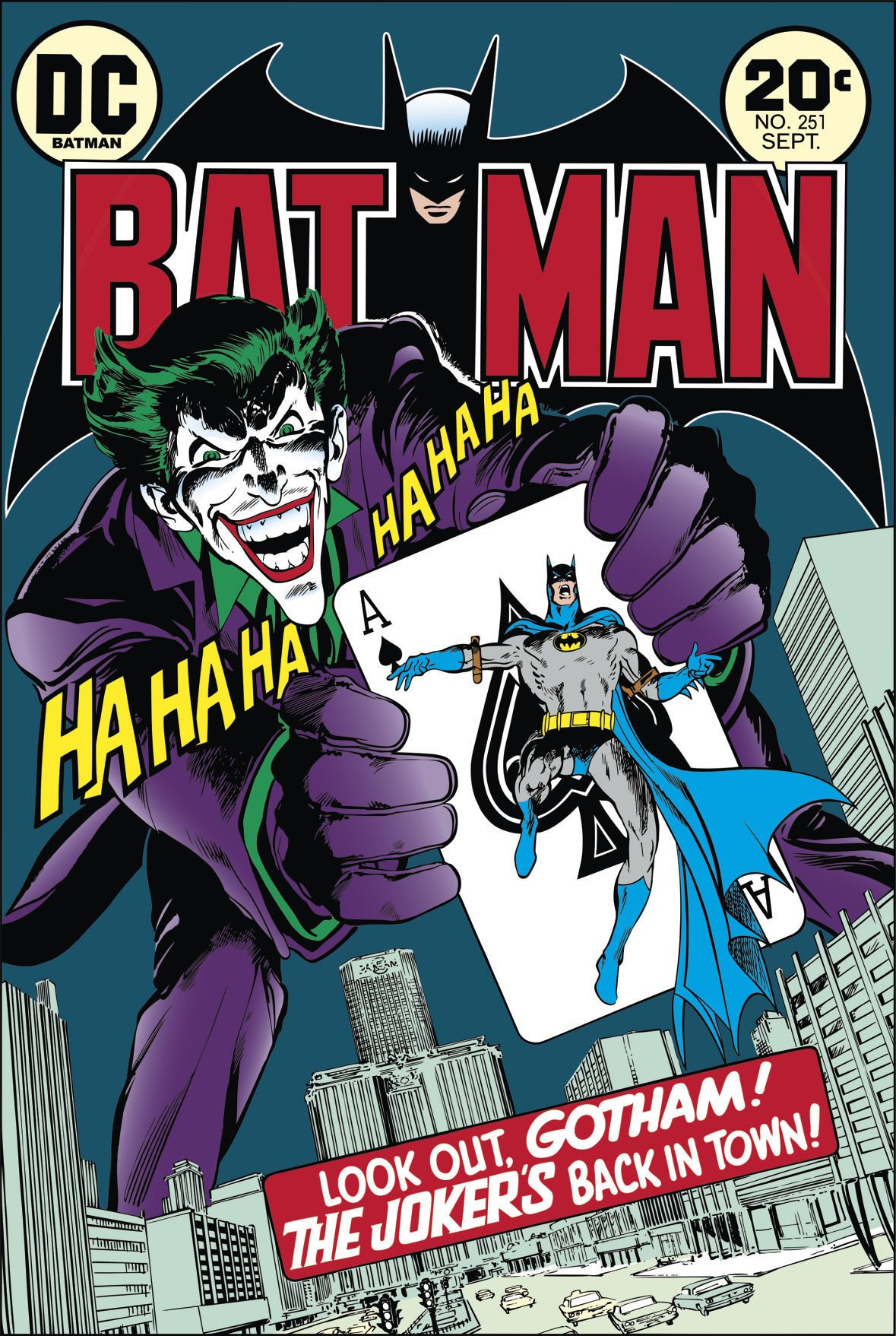 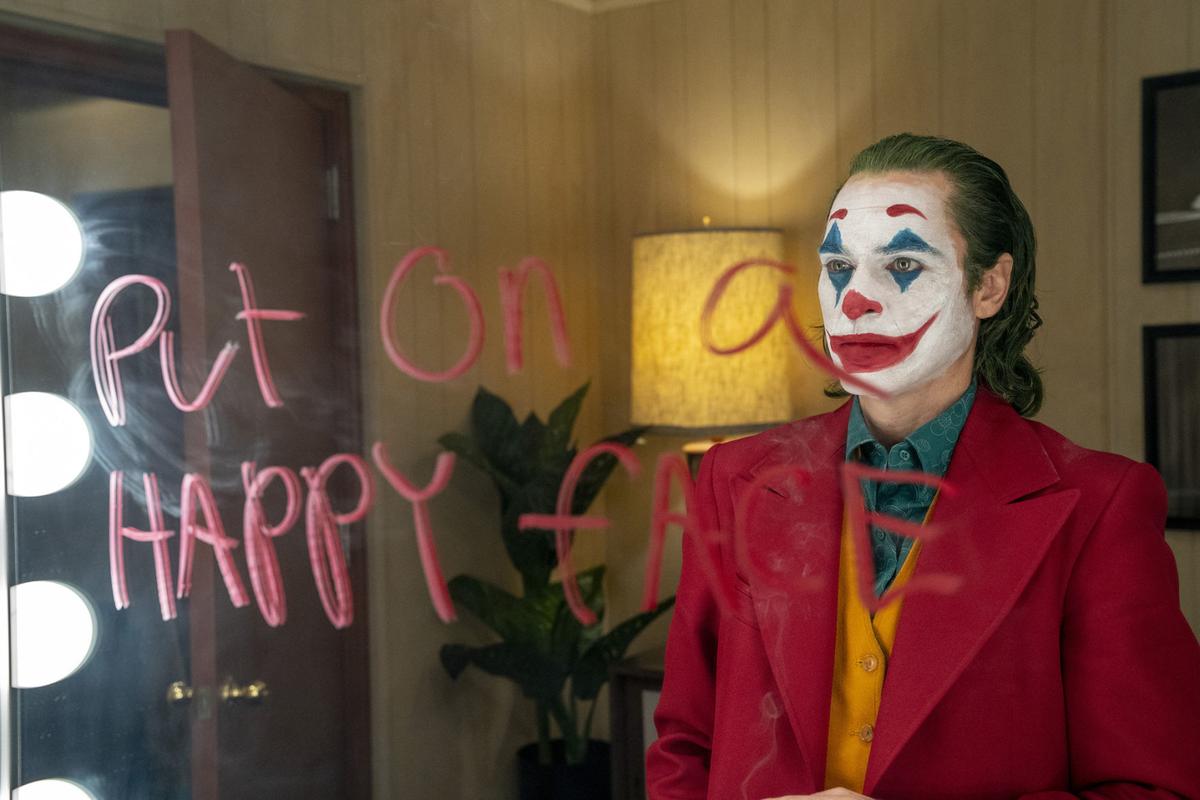 Every generation has a Joker, from Jack Nicholson to Heath Ledger to Mark Hamill (his voice, at least).

“We’ve had so many well-developed versions of the Joker that we’re now trying to hold them all because we can’t ... find the one we want throw away,” says Mike Robinson, chair of the University of Lynchburg’s communication studies department and my local pop culture Yoda.

When Batman’s happy (rare I know, but it does happen occasionally), so too is the Joker.

The newest take on the iconic character, Todd Phillips’ “Joker,” starring Joaquin Phoenix, continues the dark trend we’ve come to expect from other recent portrayals of the Clown Prince of Crime.

But the film, which has broken box office records as the highest-grossing R-rated movie of all time, also does something that goes against our expectations. It gives a clear backstory for a character who has built his success on the mystery that surrounds him.

First introduced in the comics in 1940, the Joker appeared in the pages of Batman No. 1 as a mass-murdering psychopath with a penchant for the dramatics.

“The very first thing that the Joker does is he announces he’s going to murder this guy on [the] radio,” says Robinson. “... The guy doesn’t want to do it the easy way. He wants the spectacle.”

The abruptness of this entrance continues throughout the Joker’s ensuing altercations with the Dark Knight over the years, making him different from villains in the hero’s well-known Rogues Gallery. Almost everyone else other has a clear alter ego and a backstory to match. Sure, origin stories evolve over time, but there’s normally a distinct throughline that remains the same.

Take Harvey Dent, former district attorney of Gotham, whose disfigurement leads to his mental breakdown and transformation into Two-Face, or Dr. Pamela Isley, a young botanist who is administered a deadly toxin that turns her into Poison Ivy. We even learn Edward Nygma (i.e. the Riddler) had an obsession with puzzles and a compulsive need to win dating back to childhood.

Yet we have nothing definitive on the Joker — except that his origin might somehow involve a toxic spill.

The closest we get to ever learning his truth is in Alan Moore’s highly controversial (with good reason) story, “The Killing Joke.” The 1988 graphic novel lays out an entire tragic backstory, and it’s a doozy involving a failed career in stand-up, the loss of a wife and unborn child and a chemical accident that leads to his disfigurement and insanity.

Except it isn’t. After weaving his tale, the Joker admits everything he said probably isn’t true — “If I’m going to have a past,” he tells Batman, “I prefer it to be multiple choice.”

This isn’t his only so-called origin story.

He’s been a mobster and an assassin. Another account involves an evil aunt, bleach and a scrubbing brush. There’s even a one-off version where Alfred’s been the Joker this whole time — I know, right?

Point is, there’s never a clear answer to where the Joker came from, and that mystery is part of what makes him such a satisfying villain.

It’s why Heath Ledger’s Oscar-winning turn as the character was so iconic. He pops up at the start of the film and immediately starts killing people, just like the character did when he debuted in 1940.

“He comes out of nowhere,” says Robinson. “We don’t know his name, we don’t know who he is, we don’t know what his motives are. He doesn’t seem to have motives. He is real unknown. He starts pushing into our fears of domestic terrorism because he seems to be both random and also deliberate.”

And, like other Jokers before him, he’s an unreliable narrator.

“Wanna know how I got my scars?” Ledger’s Joker asks not once, not twice but three times in the film. He answers twice, giving a different answer each time.

The unknown is what makes the character so frightening. He’s the specter in the night that nobody can catch, the shadow creeping around any and every corner.

Because of this, there’s an inherent risk to giving a character like the Joker a backstory. In removing the inscrutability of one of pop culture’s most enigmatic characters, you run the risk of making him just like any other villain.

That’s seemingly what the new Joker movie promised to do.

In a nutshell, “Joker” relates the story of Arthur Fleck, a mentally ill man, who, after a lifetime of abuse, reaches his breaking point and turns to murder. It’s a very specific story, one that not only strips away all the mystery surrounding Batman’s greatest nemesis, but also makes him a direct foil to the Caped Crusader.

Compare that to the story laid out in “Joker,” and you have two characters who both suffer childhood scars they carry for life. While one uses his demons to make the world a better place, the other lets his demons loose on the world.

Not very original. Critics already have talked at length about its similarities to other films, especially Martin Scorsese’s “Taxi Driver” and “The King of Comedy.” Even the soundtrack, featuring tunes like “Send in the Clowns,” “Smile” and Cream’s “White Room,” is eye- rollingly cliche.

Sure, it’s grimy, indulgently violent at times and impressively acted by Phoenix, but “Joker” is the opposite of revolutionary. At times, it’s so contrived it’s actually pitiable (depending on how you interpret certain clues, Joker and Batman might actually be half-brothers. See, I told you there would be spoilers).

So, if the movie’s entire plan was to provide the Joker with a unique backstory, one worthy of the mystique that surrounds the character, you could argue it failed.

Except — in the perfect, Joker-like twist — it might actually not have done this at all, which takes it from an average origin story to an incrediblya much more interesting, mind-bending place.

(Major spoilers ahead! Seriously, I’m about to ruin the ending. I’m not kidding.)

It’s all in the ending.

After the Joker commits a murder on national TV that leads to a violent uprising in the streets of Gotham, we find him sans makeup in Arkham Asylum (called Arkham State Hospital in the film) talking to a psychiatrist.

The movie then closes with the Joker leaving her office, a trail of bloody footprints in his wake.

So what’s the joke?

Early on, the film deliberately takes the time to establish that Fleck hallucinates, first with minor details like picturing himself on his favorite late-night show and, finally, building to the reveal that he imagined an entire relationship with his neighbor (Zazie Beetz) — the only truly shocking moment in the film. Pair that with an earlier scene revealing he has spent time in Arkham before, and a different picture comes into focus.

What if, like in “The Killing Joke,” the joke is that none of what we saw in the film is real?

Maybe it was just another one of the stories the Joker has made up to lure us in. Maybe Fleck’s not even Batman’s Joker at all, and is just a delusional man in a hospital.

Based on Phillips’ comments to the Los Angeles Times following the release of the movie, that sure seems to be a possibility.

“There’s a lot of ways you could look at this movie,” he said. “You could look at it and go, ‘This is just one of his multiple-choice stories. None of it happened.’ I don’t want to say what it is. But a lot of people I’ve shown it to have said, ‘Oh, I get it — he’s just made up a story. The whole movie is the joke.’”

For two hours, we thought we were living inside the Joker’s head. Turns out, he might have just been playing in ours the whole time.