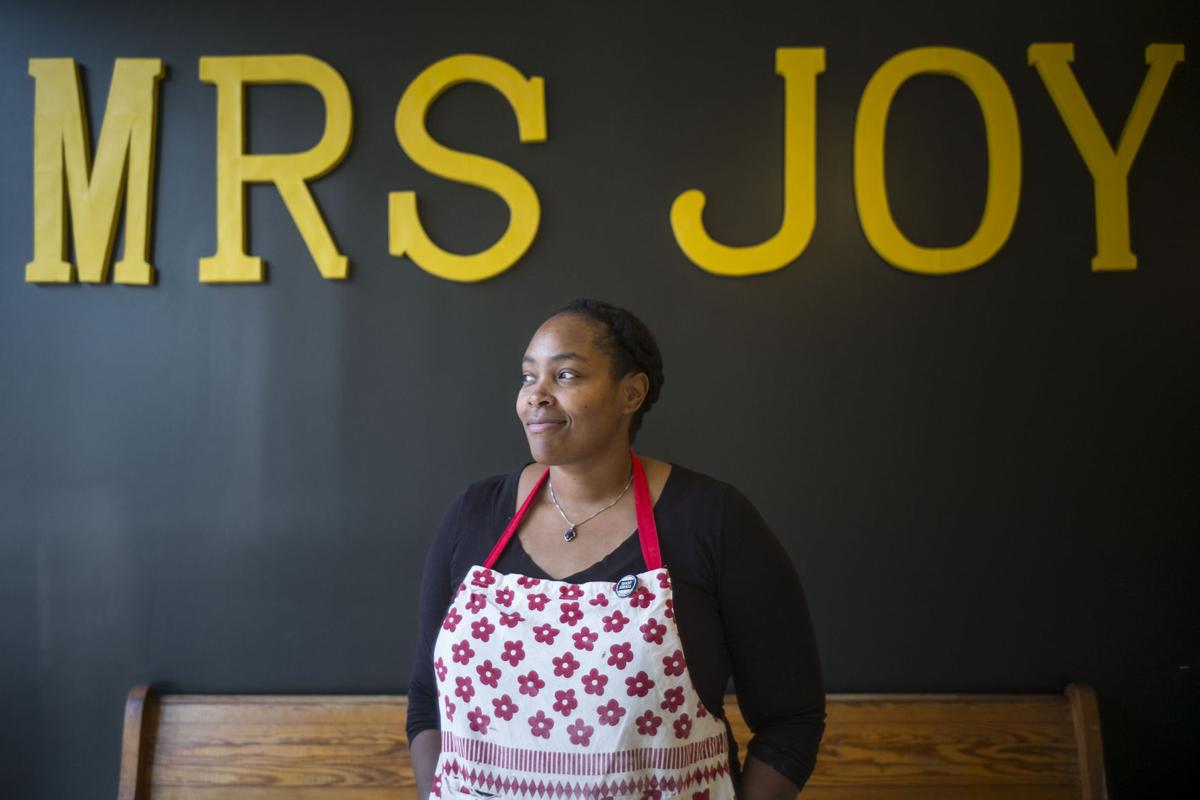 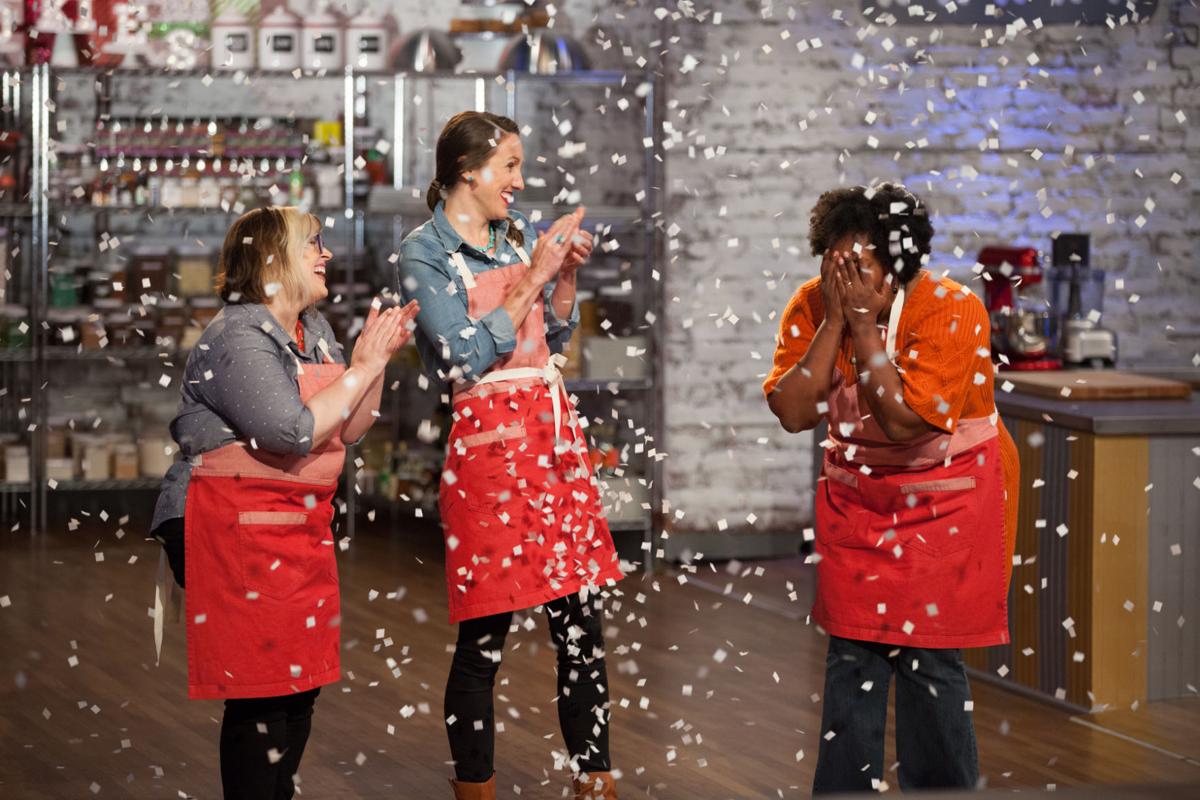 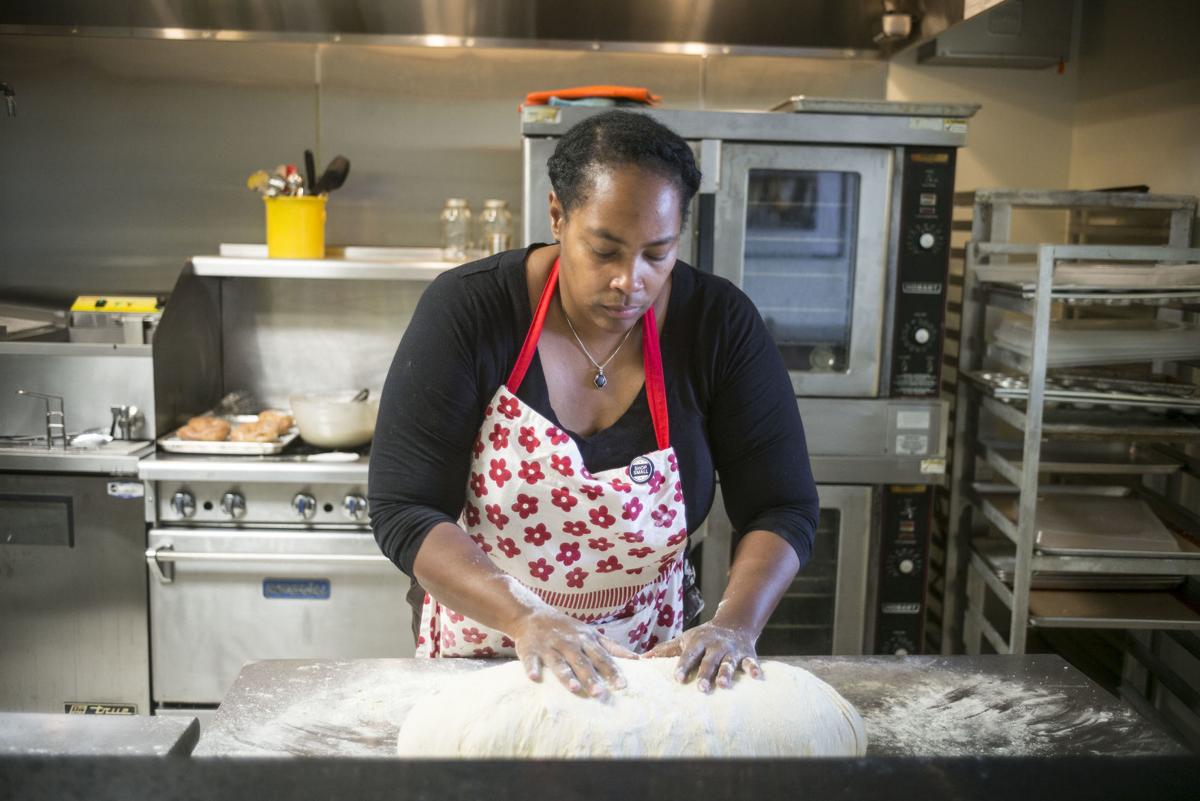 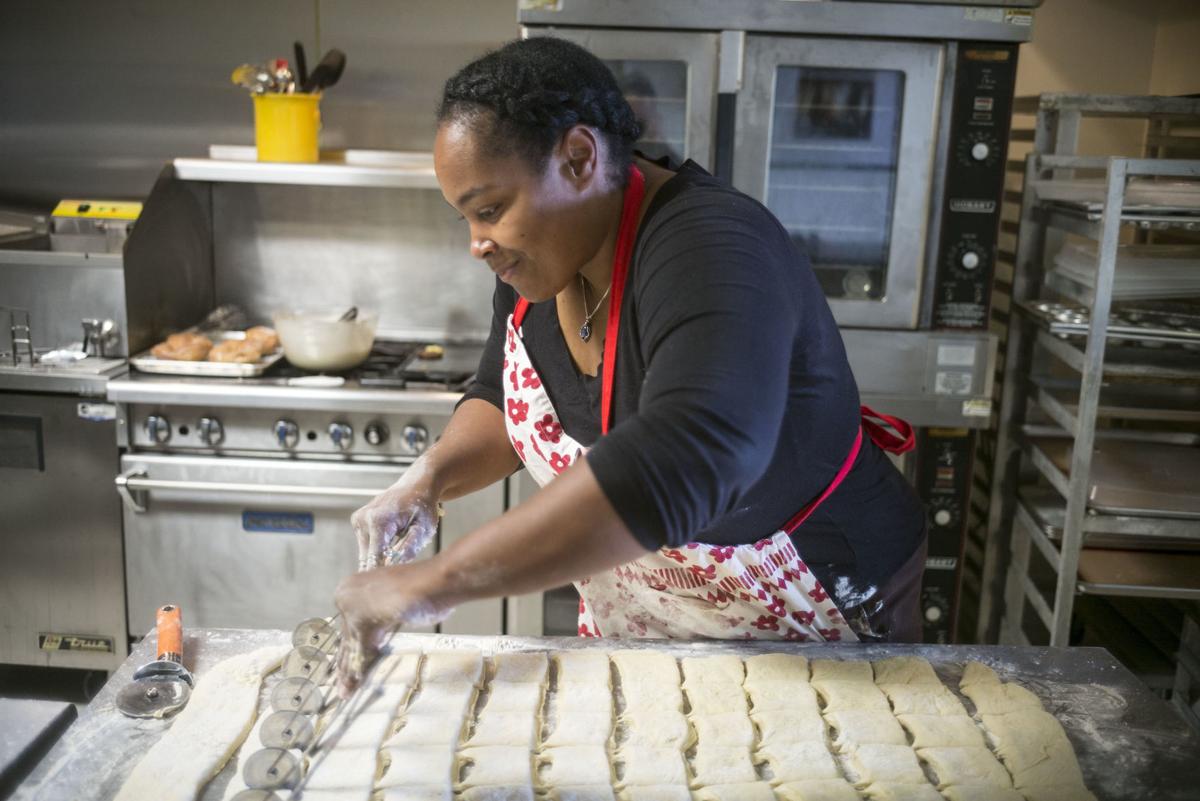 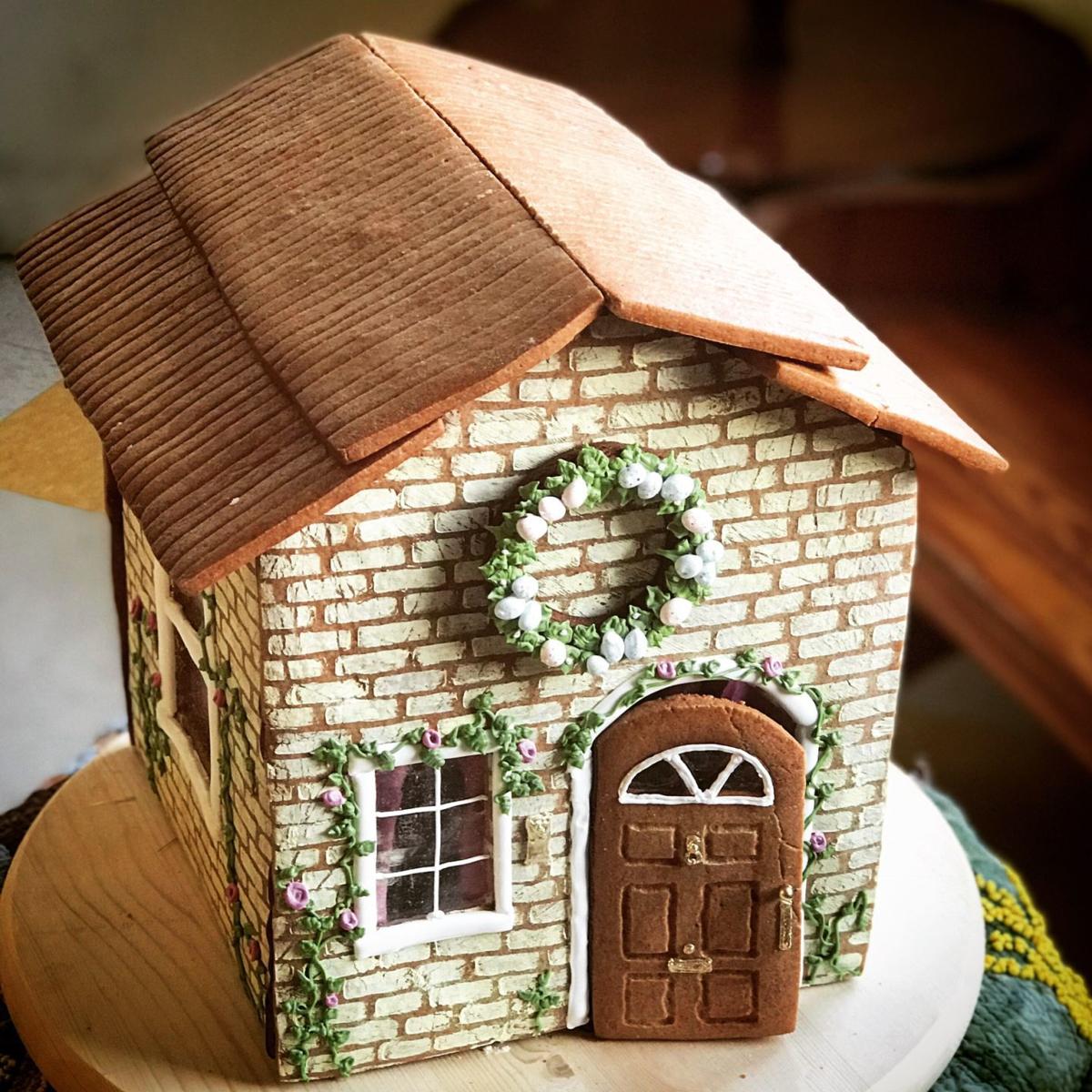 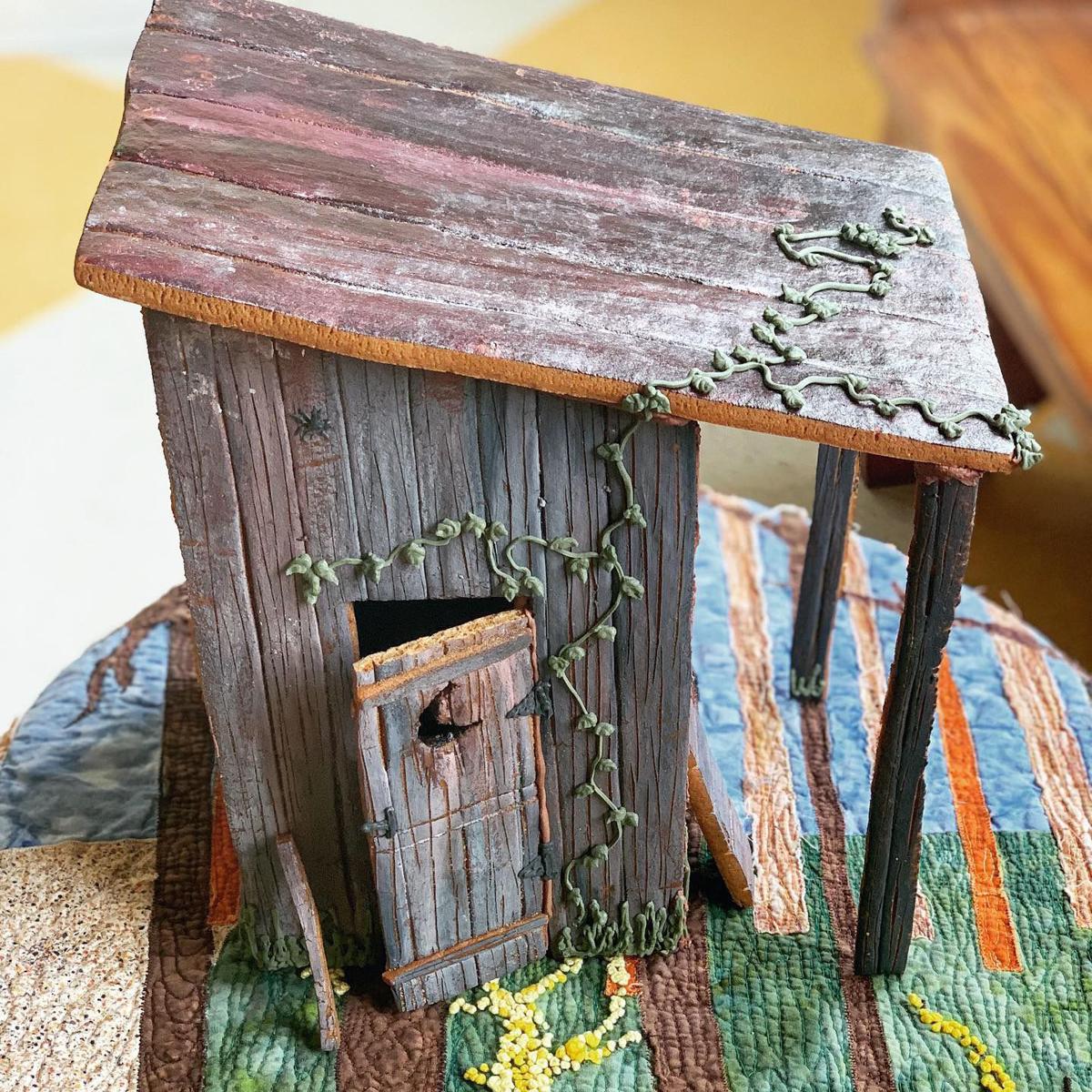 Lynchburg baker Tarsha Joyner will be making her third appearance on the Food Network this Sunday when she competes on “Haunted Gingerbread Showdown.”

The show, which is in its second season, pits bakers against each other as they each create elaborate gingerbread masterpieces based on a specific theme. The winners of three preliminary rounds move on to compete for $25,000 and a feature in Food Network Magazine during a grand finale later this month.

Sweet victory for Lynchburg woman and her Christmas cookies

After three rounds of baking in the heat of the kitchen, Lynchburg resident Tarsha Joyner wo…

“This was a new take for me on doing gingerbread,” said Joyner, who is known in the Lynchburg community as Mrs. Joy. “You never think about gingerbread for Halloween.”

A University of Lynchburg graduate and self-taught baker, Joyner is no stranger to the spotlight. Following her win on Food Network’s "Christmas Cookie Challenge" in 2015, she opened Mrs. Joy’s Absolutely Fabulous Treats on Commerce Street.

In 2017, she was back competing on the network's "Guy's Grocery Games" spin-off "Dessert Games," where she came in second place.

This summer, the baker announced plans to relocate the business to Mechanicsville, though the move is currently delayed until a new owner takes over her lease downtown, she said.

Even after the move, Joyner said the business will still make deliveries to Lynchburg.

Lynchburg baker Tarsha Joyner has had very little sleep over the past two weeks.

Tarsha Joyner sells baked goods through her company, Mrs. Joy’s Absolutely Fabulous Treats, which has a booth at the Lynchburg Community Market. She'll compete on the "Christmas Cookie Challenge," which airs at 9 p.m. Saturday.