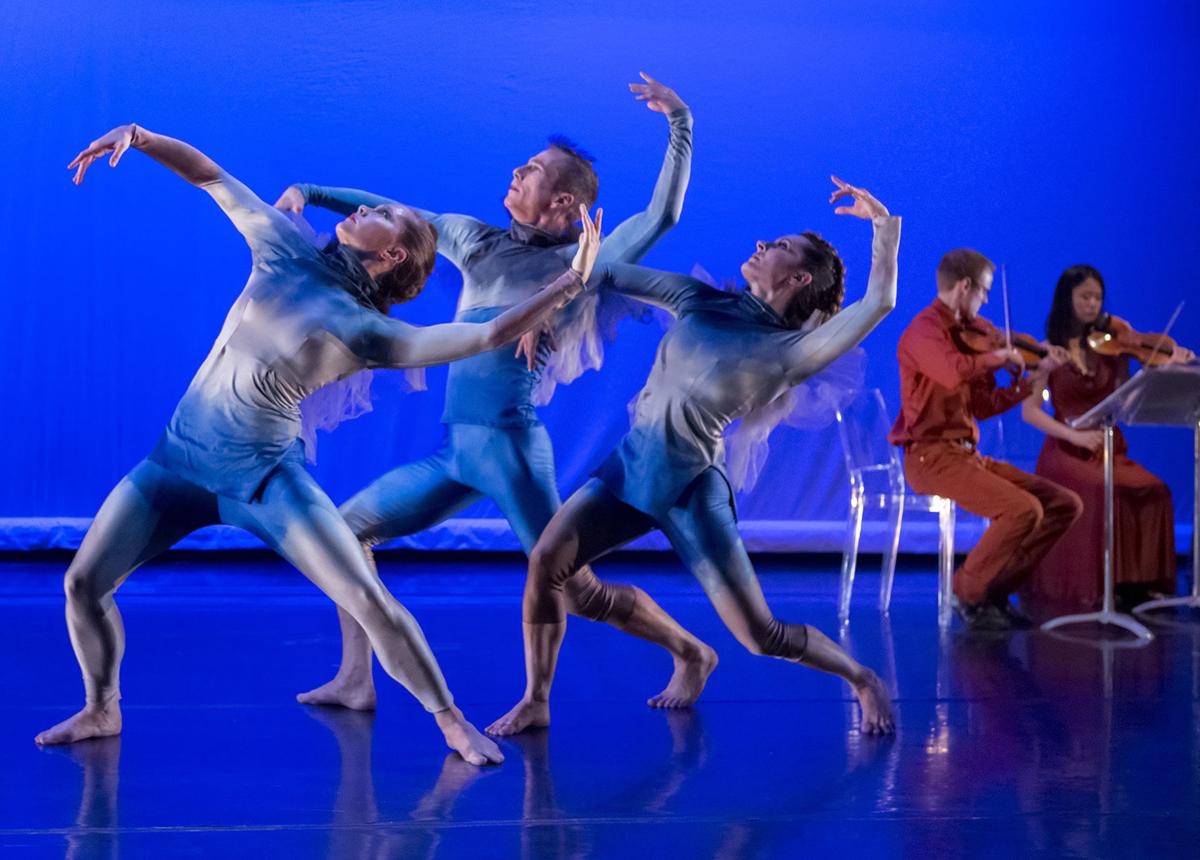 BodyVox, a Portland, Oregon-based dance company, will perform at Sweet Briar College next week. Among the pieces they'll perform is "Vaux's Descent," which was inspired by a flock of Vaux Swifts that make their home in an old chimney at a Portland elementary school each year as part of their migratory path south. 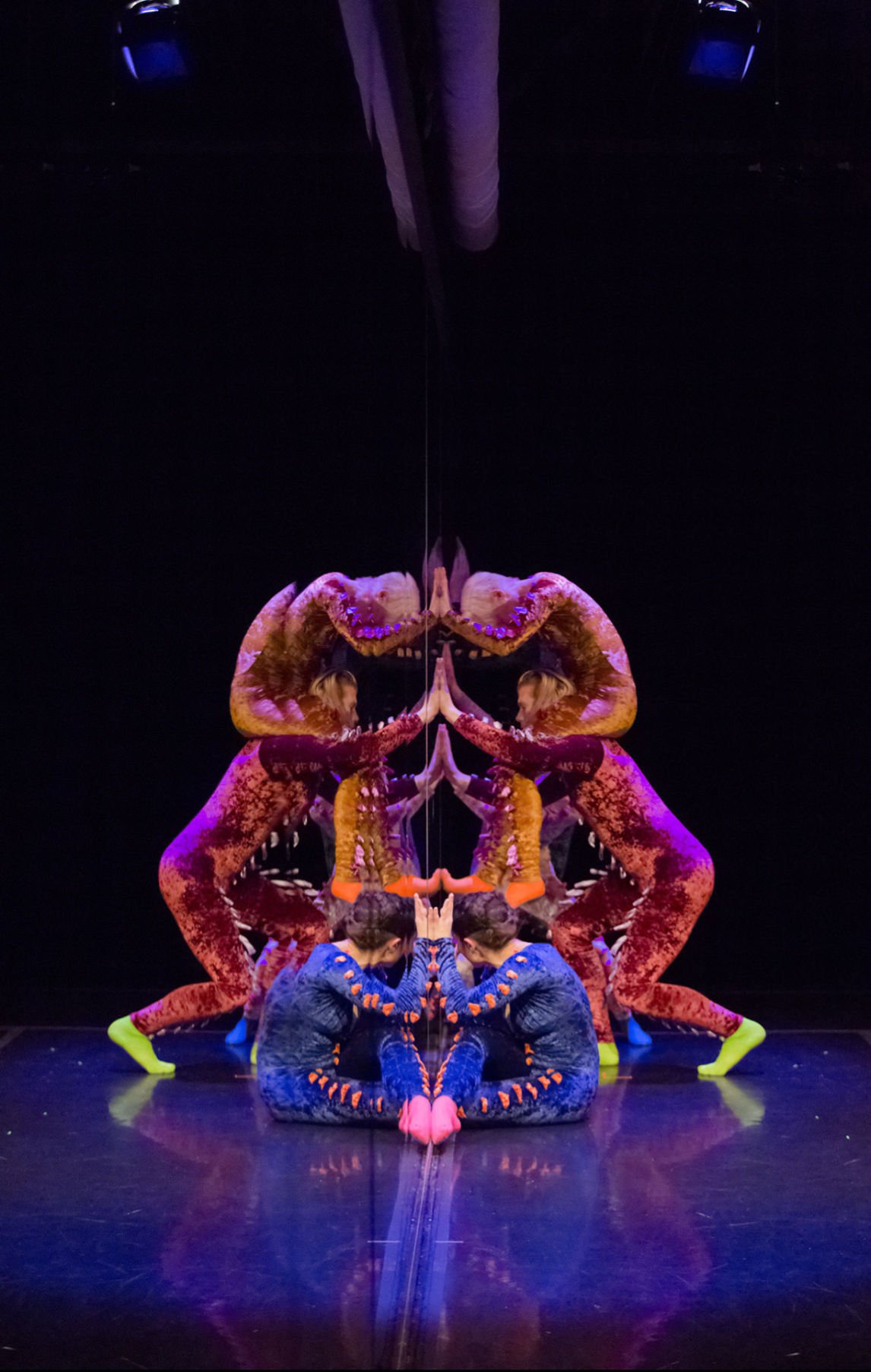 Dancers from Bodyvox during a "Cosmosis" dress rehearsal. 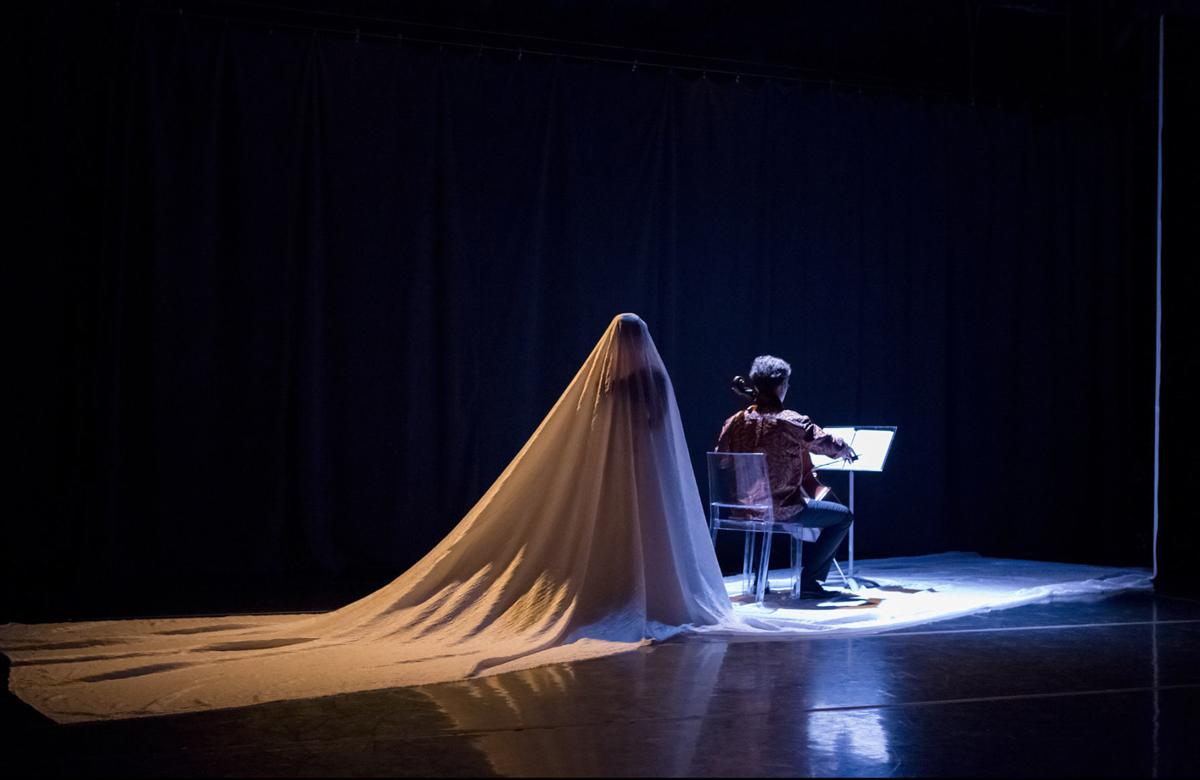 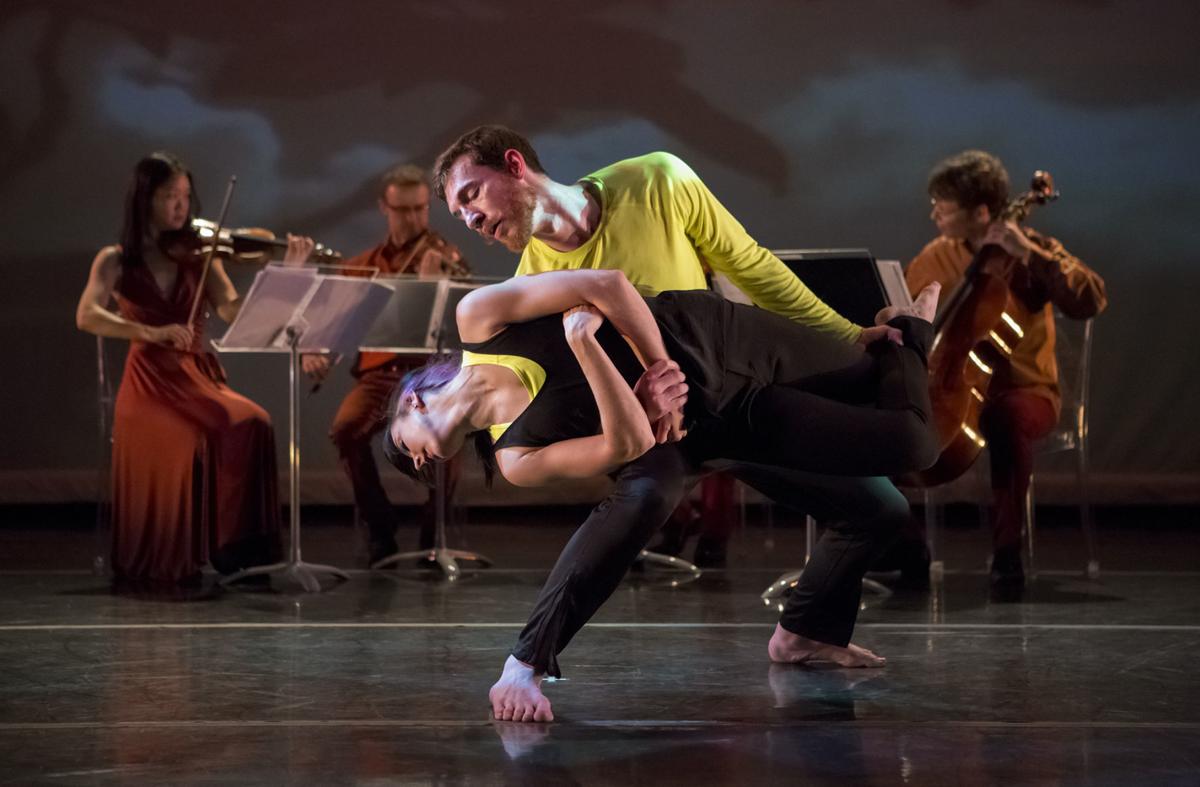 BodyVox, a Portland, Oregon-based dance company, will perform at Sweet Briar College next week. Among the pieces they'll perform is "Vaux's Descent," which was inspired by a flock of Vaux Swifts that make their home in an old chimney at a Portland elementary school each year as part of their migratory path south.

Dancers from Bodyvox during a "Cosmosis" dress rehearsal.

Every September in Portland, Oregon, a flock of Vaux Swifts make their home in an old chimney at an elementary school there, part of their migratory path south.

It’s one of the largest known roosting sites of migrating Vaux Swifts, according to Portland Audubon, with one population that's been returning there since the 1980s.

“It’s this amazing tale of regeneration and legacy and fragility,” says Jamey Hampton, artistic director and co-founder of BodyVox, a Portland-based dance company set to perform at Sweet Briar College next week.

The tradition was so compelling, Hampton says, they built a story around it.

“The city just turns out every night. The birds fly around and, every night, they return to roost. … People come down there with picnic baskets, kids are playing Frisbee and sliding down the hill on cardboard boxes, parents are drinking wine and eating cheese and watching them.”

During the evening ritual, Hampton says, a bird of prey — usually a hawk — eventually shows up to terrorize the swifts.

“So the bird of prey … is flying around inside the flock and they’re all freaking out,” he says. “And if you think about it, to us it looks two-dimensional because we’re looking up in the sky but this is three-dimensional warfare up in the air. Eventually, the hawk gets one and flies off. … The audience is screaming at the hawk and booing the hawk. It’s just crazy.”

BodyVox’s piece inspired by the swifts features four dancers dressed in what Hampton describes as “kind of like ‘Swan Lake,’ in a way. … They kind of look like bird-like animals, and it’s all about this idea of fragility and danger.”

The piece is part of the show BodyVox is bringing to Sweet Briar. Called “Cosmosis,” it features nine pieces set to music covering a variety of genres — from composers such as Debussy and Ravel to rocker Elliot Smith — performed live by a string quartet.

The show also features two short films, in what BodyVox describes as “a provocative marriage of dance theater, film and chamber music.”

Mark Magruder, a professor of performing arts and dance at Sweet Briar, has been a fan of the company for years.

“They do really cool work that involves props and lots of different work with bodies together making great shapes,” he says. “They have this quirky, zany sense of humor. Not that it’s going to be laugh-out-loud [funny]. But often you’re going to chuckle and smile.”

“That’s what their trademark is, great athletic dance that uses, often, many interesting props and then makes tremendously impossible shapes with the human body,” he adds.

Magruder says the company fits in perfectly with his mission to bring work to Sweet Briar that is both exciting and accessible — something Elizabeth Miller, who oversees audience engagement for BodyVox, echoed when talking to The Oregonian in October.

"One of the really nice things  about BodyVox is that we do add that element that's approachable. We don't take ourselves too seriously in creating a show.

"If you've never seen dance before, you can get something out of it."

BodyVox, which was founded in 1997, has been merging dance and live music for years through a partnership with Portland’s Chamber Music Northwest. They’ve staged a variety of shows with them over the years, each one completely different than the next. In all, BodyVox has 10 shows that feature live music, with accompaniment ranging from a string quartet to a solo piano to a “full-on rock band,” Hampton says. “We did a show last year that was all women songwriters, everything from Bjork to Sheryl Crow.”

He says there’s nothing quite like performing alongside a live score.

“The biggest challenge is that the tempo matches the movement you made, but that’s also the magic of it. When there’s live music in the room, you can feel the sound waves enter your body and you’re kind of gliding along with them."

The show opens with a piece set to music by contemporary composer John Adams.

“You think of a string quartet and you think it’s kind of a nice, calm evening in the theater,” Hampton says. “We wanted to start it with just being shot out of a cannon. The show just gets off to a very brisk start, with extremely complicated and rigorous dancing, and this playing. … We’ve never been able to figure out what the time signature is with this music. It just changes constantly.”

From there, the dances run the gamut. “Garden of Synaesthesia” reflects on the titular condition, in which one sense, like hearing, is simultaneously perceived by one or more additional senses — a person with synaesthesia, for instance, might hear music and also see colors.

“Madame X” is a solo Hampton choreographed; he calls it brooding and kind of dark — “sort of like the darkness before the dawn.”

The dawn he’s referring to is the show’s final piece, “Cosmosis,” which features dancers “in perfect sync and harmony,” Hampton says. “It’s just a very glorious, kind of simple, elegant way to end an evening. It’s extremely positive and hopeful and optimistic.”

And for the folks at BodyVox, that’s always the goal: “Our overall aesthetic and our overall kind of mission is to make work that is very human and very emotional,” he says. “It goes through all kinds of emotional terrain during the course of an evening."

Tickets: $10 for adults, $7 for seniors, $5 for students and free for members of the Sweet Briar community