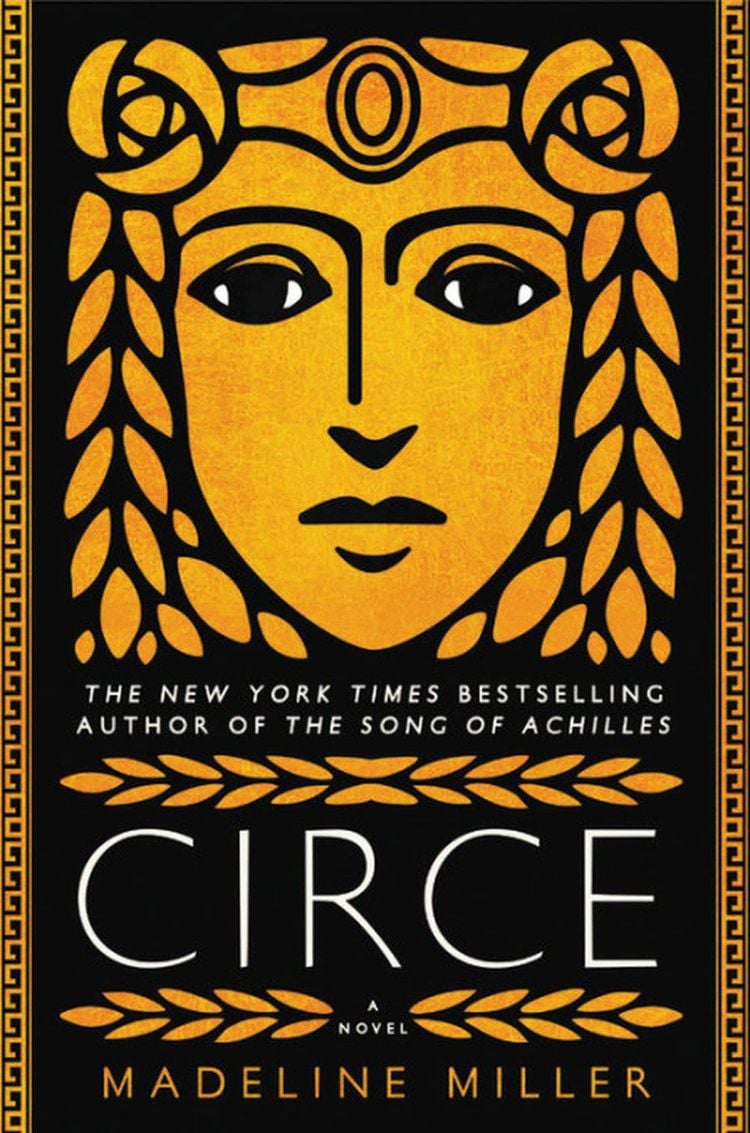 Madeline Miller's most recent work, which weaves the epic tale of immortal goddess Circe, is currently being adapted into a miniseries for HBO Max, WarnerMedia's new streaming service that is set to launch in May 2020. 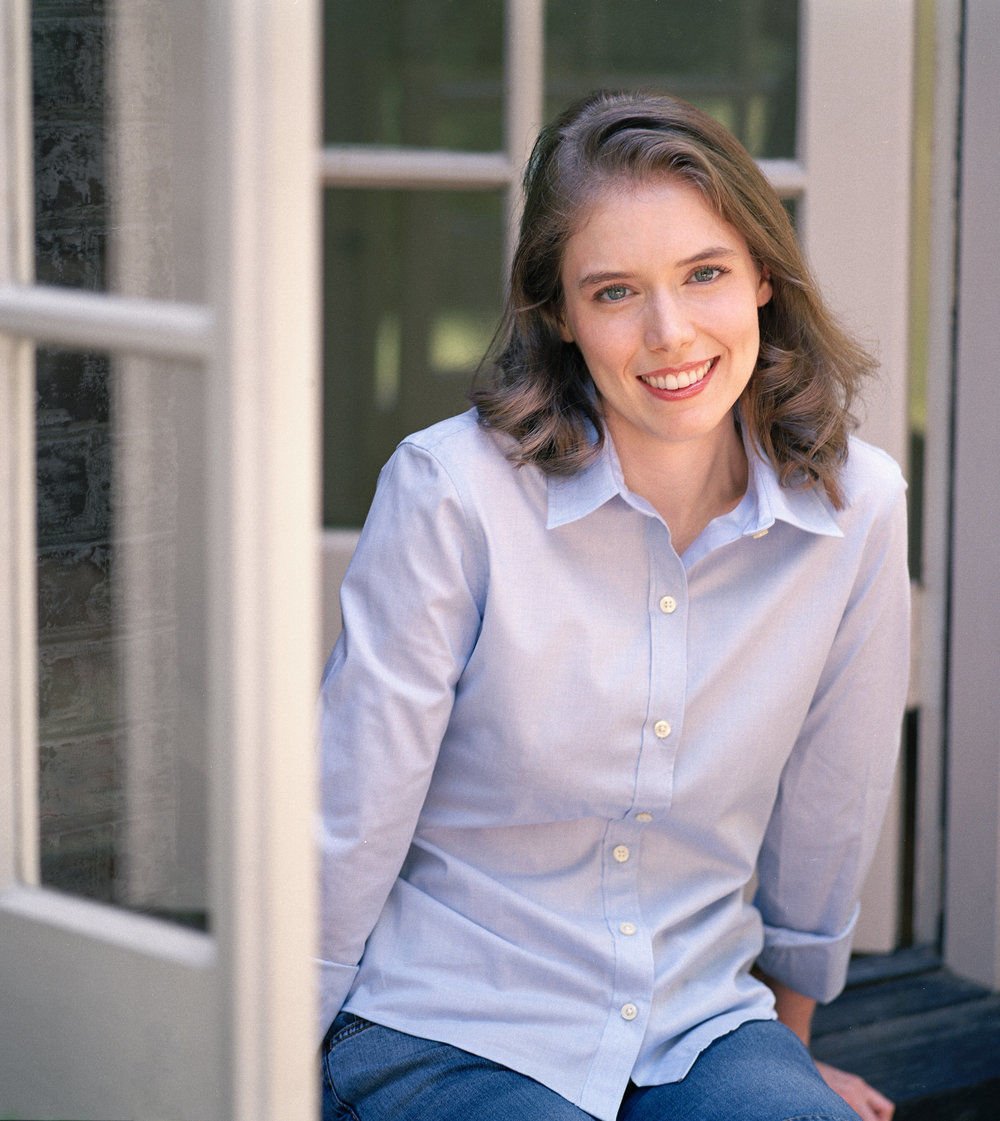 Bestselling author Madeline Miller’s love of the classics goes all the way back to Randolph College.

When Miller was a little girl, her mother would read her passages of Homer’s epic poems “The Iliad” and “The Odyssey” at bedtime.

“And she was doing that because she had taken a wonderful class at Randolph-Macon [Women’s College] with a professor named Robert Lloyd,” Miller said during a phone call ahead of her virtual Q&A at Sweet Briar College this Thursday. “He had so inspired her that she fell in love with the texts, even though her major was English.”

Those bedtime stories, as well as a family trip to Greece when she was 10, cemented Miller’s passion for the classics, and forged the entire trajectory of her life.

“It was just so powerful to be there in these places and realize that you were touching this world that was so old and so potent, still,” said the author, who would go on to earn bachelor’s and master’s degrees in the classics from Brown University and spend more than 15 years teaching the material to high school students.

Miller has proven the continued potency of Greek myths with the success of her two New York Times bestsellers: “The Song of Achilles” and “Circe.”

“Her work is compulsively readable for starters, and it’s also psychologically and emotionally complex,” says Carrie Brown, director of Sweet Briar’s Center on Creativity, Design and the Arts.

Exploring the romantic relationship between warrior Achilles and his comrade Patroclus, Miller’s debut novel — which she admits to having written in secret over a period of 10 years — won the prestigious Women’s Prize for Fiction (previously called the Orange Prize for Fiction) in 2012 and has now been translated into more than 25 languages.

“In prose as clean and spare as the driving poetry of Homer, Miller captures the intensity and devotion of adolescent friendship and lets us believe in these long-dead boys for whom sea nymphs and centaurs are not legend but lived reality,” Mary Doria Russell wrote for The Washington Post in 2012. “In doing so, she will make their names known to yet another generation, deepening and enriching a tale that has been told for 3,000 years.”

Her most recent work, which weaves the epic tale of immortal goddess Circe, is currently being adapted into a miniseries for HBO Max, WarnerMedia’s new streaming service that is set to launch in May 2020. It’s also one of Sweet Briar’s Common Read selections for the 2019-20 academic year.

“She’s thinking about the [female] perspective ... from history rather than from the current moment,” says Brown. “And yet, she’s found this remarkable way to make that ancient history blazingly contemporary.”

Despite her presence in multiple Greek myths, the exiled sorceress Circe is best known for her role in “The Odyssey” — an appearance that is more of a cameo than anything else.

The limited nature of her role in Homer’s poem frustrated Miller. Circe first appears a little less than halfway into the poem, turns Odysseus’ men into pigs, beds Odysseus and eventually helps him on his journey home by providing directions before completely disappearing.

“She shows up for two-plus books of ‘The Odyssey,’ and we know so little about her in that very small appearance,” says Miller. “We don’t even know why she’s turning men into pigs, which seems like kind of a huge omission.”

Miller’s novel flips the script, incorporating moments from several of Circe’s mythical appearances and connections; she is, after all, the daughter of the sun god Helios and the aunt of both the Minatour and the child-murderess Medea.

Choosing what stories to incorporate became one of the key pieces of writing “Circe” — that and the five years it took for Miller to finally hear the goddesses’ voice and see through her eyes.

“If I were going to write the academic paper, I would, of course, have to include every single example, every single mention of Circe,” says the author. “But as a novelist, I can just use the ones that sort of speak to me. So, I looked at everything I could find about her, and then I just sort of allowed those seeds to grow.”

With an eye for historical detail and a deft narrative touch, Miller weaved many famous names into the enchantress’s epic, including Prometheus, the Titan who was eternally punished for giving man fire; the monster Scylla, who becomes the scourge of sailors; and even Odysseus’ wife, Penelope.

She also limits the appearance of Odysseus, arguably one of the most iconic heroes of Greek mythology, devoting only two-plus chapters to him — “the exact same amount that she takes up in his life.”

Turning the myth on its head helped “Circe” become a staple on multiple must-read lists and earn worldwide acclaim when it was released last year.

In an article published before the book came out, Alexandra Alter, of The New York Times, called “Circe” a “bold and subversive retelling of the goddess’s story that manages to be both epic and intimate in its scope, recasting the most infamous female figure from ‘The Odyssey’ as a hero in her own right.”

Miller isn’t the only writer reclaiming the female voice in traditionally male-dominated stories, though she is certainly one of the best.

In recent years, authors have been mining everything from the Bible to fairy tales to “Beowulf” while on the hunt for characters in need of a feminist update.

That’s not the only change brewing in the literary world. Classicist Emily Wilson, who will join Miller for a special literary presentation at Sweet Briar on March 18, made history in 2017 by becoming the first woman to translate “The Odyssey” into English.

The influx of new voices and fresh interpretations of older works doesn’t surprise Miller. Society, she says, is now embracing stories “that have been silenced ... pushed to the edges or glossed over.”

“As a young woman reading these stories, I was aware of two things at once: that I loved them, and that I was frustrated by them,” she says. “The vast majority of female characters from the ancient world are flat stereotypes, when they are allowed a personality at all. They were created by male poets, in a very sexist society. In writing these novels, I finally found a way to reconcile those two opposing forces. To love the stories, and also to push back against them.”

Miller — who is gearing up to begin work on her next novel, which she believes will be a new take on Shakespeare’s “The Tempest” — says we should expect more stories like this to hit our bookshelves in the future.

The classics have stood the test of time because something in them “continues to speak to us and to how we see ourselves,” she says.

Besides, Miller adds, “there’s just such a pleasure in taking characters that we know — or we think we know — and showing them in a new light and reengaging us with the material all over again.”

Where: Sweet Briar College’s 1948 Theater in the Fitness and Athletics Center, 134 Chapel Road