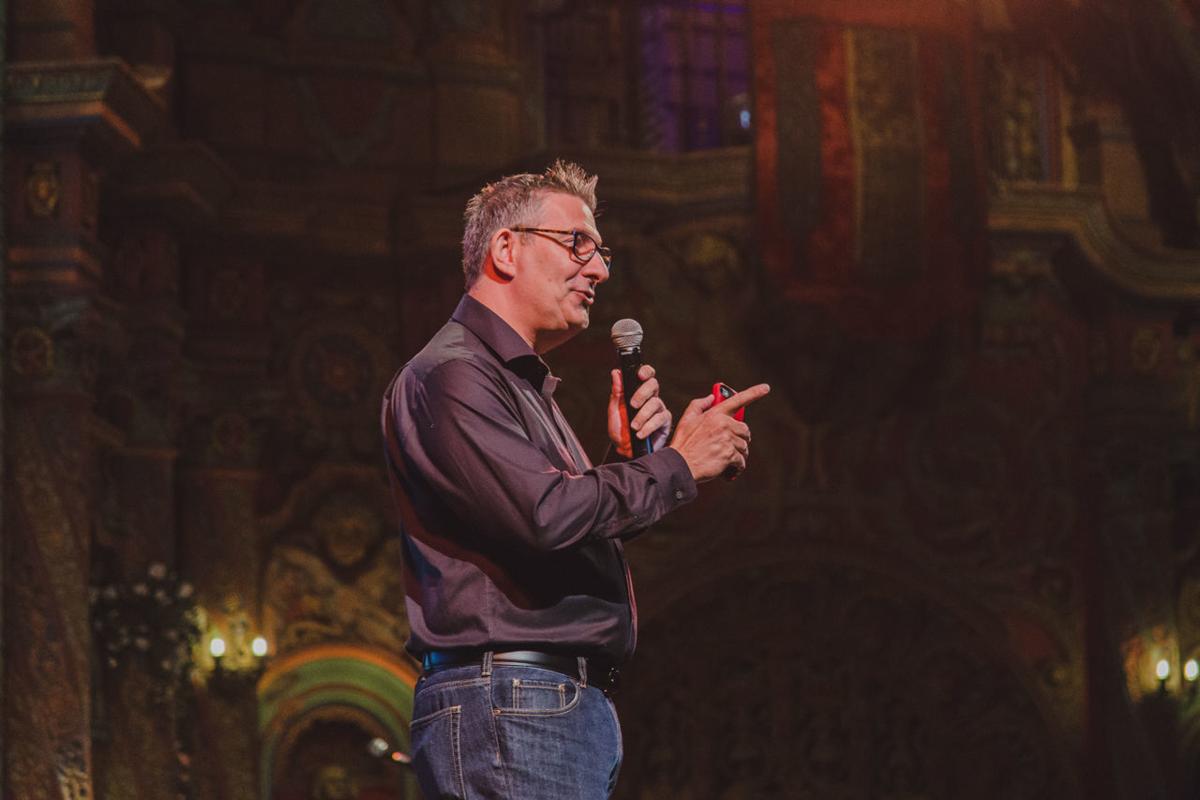 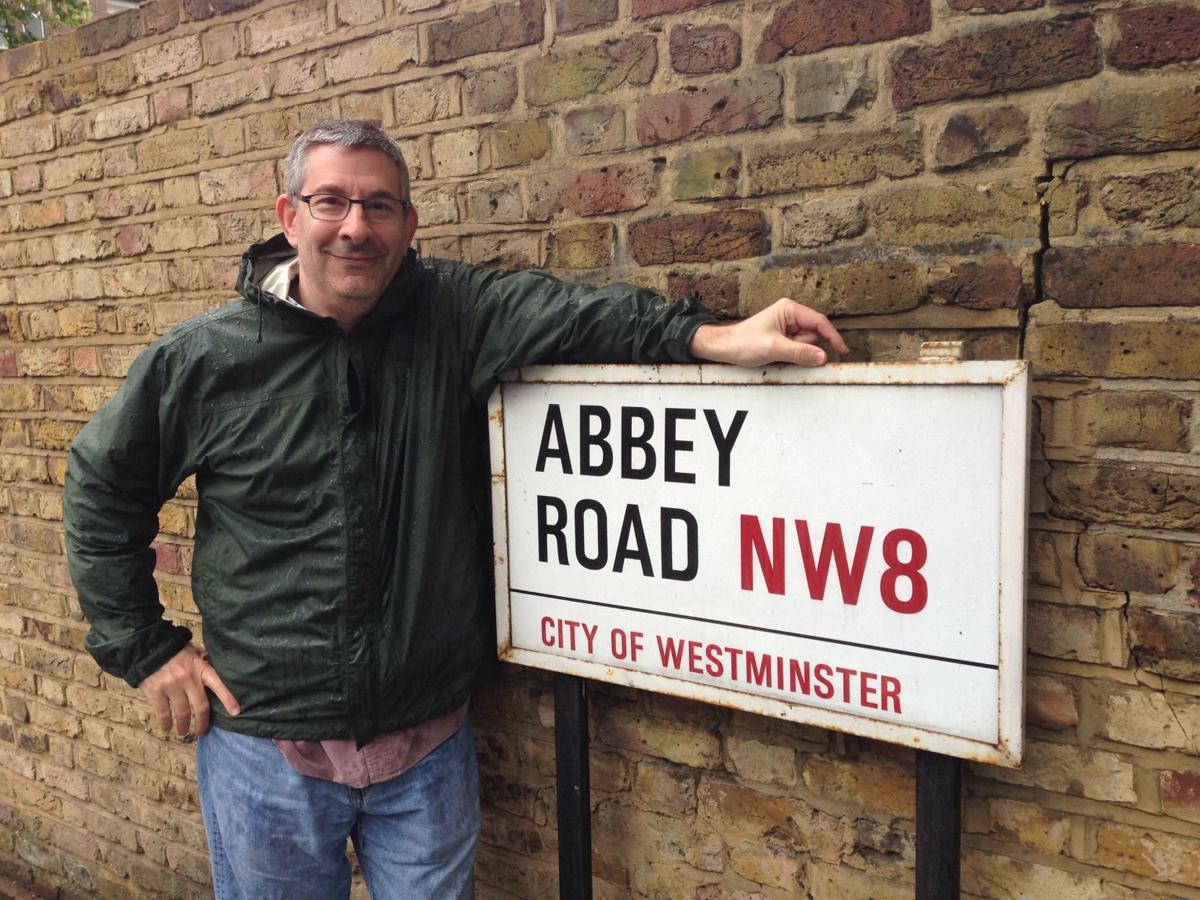 Part of Scott Freiman is still that 10-year-old who was turned on to the Beatles when his uncle gave him the “Abbey Road” record years ago.

Part of Scott Freiman is still that 10-year-old who was turned on to the Beatles when his uncle gave him the “Abbey Road” record years ago.

Software entrepreneur and music producer Scott Freiman put together a little show for friends in his living room in Irvington, New York, back in 2009, listening to some Beatles music. He’d been a fan of their work since childhood and enjoyed analyzing what made it so unique.

Before he was finished, his friends — composers and producers — were suggesting he was on to something. They told him he ought to develop his ideas into presentations others could enjoy as well. His background was perfect: an undergrad degree from Yale in computer science and music, and a master’s from New York University in music composition. He’d been in the business full time since 2001, opening his own studio in 2005, writing film scores, editing movie sound and music, and selling out Carnegie Hall with a concert of original music for orchestra and children’s choir.

Freiman doesn’t mention much of this background when you talk to him. Nor does he mention that before his music career he was an entrepreneur who developed and patented software to link car dealers with financial institutions, leading that company, CMSI (Credit Management Solutions), through an IPO and sale, making enough money to return to his first love, music, in 2001.

No, he’s more interested in talking about the Beatles’ music, peppering his conversation with words like “fun,” “great” and “magic.” He’s bringing that enthusiasm to his current multimedia show, “Deconstructing Abbey Road,” at 7:30 p.m. Feb. 29 at the Academy Center of the Arts downtown. It’s a deep look at the production and composition techniques that make the 1969 recording, the Beatles’ final album, so great. He’s done the same thing with several other Beatles’ albums in performances around the country. The roughly two-hour show is in two parts, one per album side, with an intermission.

“For me, it’s about the story behind the songs and the album,” Freiman said in a recent telephone interview. “I try and put something in for everybody, from the kid who knows the songs but not the music to the Beatles fan who thinks they have nothing more to learn. My lectures are filled with audio, video and photos that are not readily found.”

That’s good, because the record is one of the most famous ever recorded, starting with the classic cover of John Lennon, Paul McCartney, George Harrison and Ringo Starr walking across Abbey Road in front of the studio where the music was mostly recorded. The photo was later cited as evidence backing the “Paul is dead rumor,” with John supposedly dressed as a minister, all in white; Ringo as an undertaker, all in black; Paul, barefoot because he was dead; and George, in denim, a gravedigger.

Freiman, who once taught a class at Yale on how the Beatles composed their songs, will go much deeper than these ridiculous old stories. In our brief chat, he brought up the effects of Eastern music via George Harrison on “Here Comes the Sun,” and mentioned how Beethoven’s “Moonlight Sonata” influenced “Something.”

“These are fantastic songs and so influential to every artist. Every musician and songwriter owes a debt to the Beatles, even in classical and jazz and hip-hop. The songs are great, passed down from generation to generation,” he said. “They’re easy to digest, and hide their complexity, largely due to [producer] George Martin.”

His show at the Academy will explain how Martin and the Beatles put together this complex music, using only eight tracks on tape. Freiman isolates some of the tracks and plays them back individually as part of the presentation.

Today, hit songs can be recorded digitally on 24 or more tracks on a laptop. Listening habits have also changed since the Beatles broke up in 1970. Freiman said that if Abbey Road was released today, “it would be appreciated as a great album,” but because popular music has fragmented into so many micro-niches, it likely would not gain the lasting recognition that started in the era when everyone tuned in to the same sounds.

The Beatles currently are experiencing an even higher level of their continuing popularity, along with the records themselves: A remastered version of “Abbey Road” was the best-selling vinyl of 2019. Using modern technology, Freiman said, the new version sounds even better than the old one. Beatles’ remasters are produced by George Martin’s son, Giles Martin.

The enthusiastic Freiman is a fan: “He did a really good job of changing the original but not changing it. It sounds better. George Martin and his engineering team had limitations during the mixing process that we don’t have today. So, Giles can do things like reduce noise and bring out elements that were buried in the original mix.”

Freiman hasn’t heard from either of the surviving Beatles about his show. But he keeps Apple Records, which still handles their catalog, well aware of what he’s doing, especially for music licensing and fair use of the songs.

He puts on about a dozen live shows a year, and films of his previous lectures play at theaters around the U.S. and Canada, but this is not his full-time job. He is CEO of another company, Qwire, which he co-founded, developing software to track and handle the licensing and sharing of music and songs used in movies. Despite the complexity of this task, most studios currently handle it almost by hand, using spreadsheets.

But part of Freiman is still that 10-year-old who was turned on to the Beatles when his uncle gave him the “Abbey Road” record all those years ago. I confessed to Freiman that when I first heard about his show, I figured I already knew everything about the record because I had been listening to it and reading about it for most of my life. He laughed and said that was the same thing Peter Asher once told him.

Asher (of the British duo Peter and Gordon) knew the Beatles professionally and socially, managed and produced many artists including James Taylor and Linda Ronstadt, and currently hosts a Beatles show on SiriusXM. His blurb on deconstructingthebeatles.com says it all: “Scott’s talk was fascinating! I learned stuff I never knew before — and I was there!”

Joe Stinnett is retired editor of The News & Advance and The Roanoke Times.

Stinnett is retired editor of The News & Advance and The Roanoke Times.

"Deconstructing Abbey Road," a multimedia presentation by Scott Freiman," will be held at 7:30 p.m. Saturday, Feb. 29, in the Academy of Music Theatre. Tickets range from $20 to $56; for more information, call (434) 846-8499 or visit https://academycenter.org/event/deconstructing-abbey-road. For more about Freiman, visit www.deconstructingthebeatles.com.

Stinnett: I Should Have Known Better