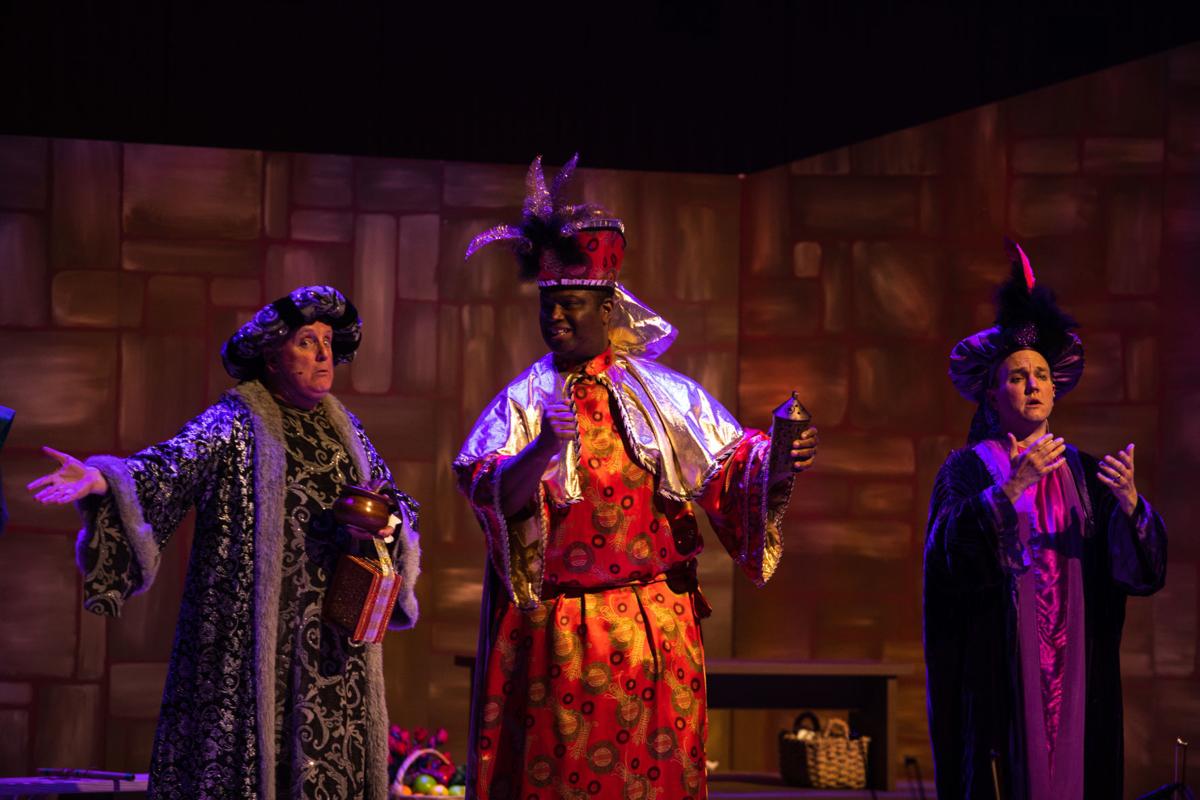 John W. Hugo as King Kaspar, E. Daryl Duff as King Balthaza and Rick Jupin as King Melchior in "Amahl and the Night Visitors." The opera, which was written specifically for TV is a retelling of the Christmas story of the Three Kings. 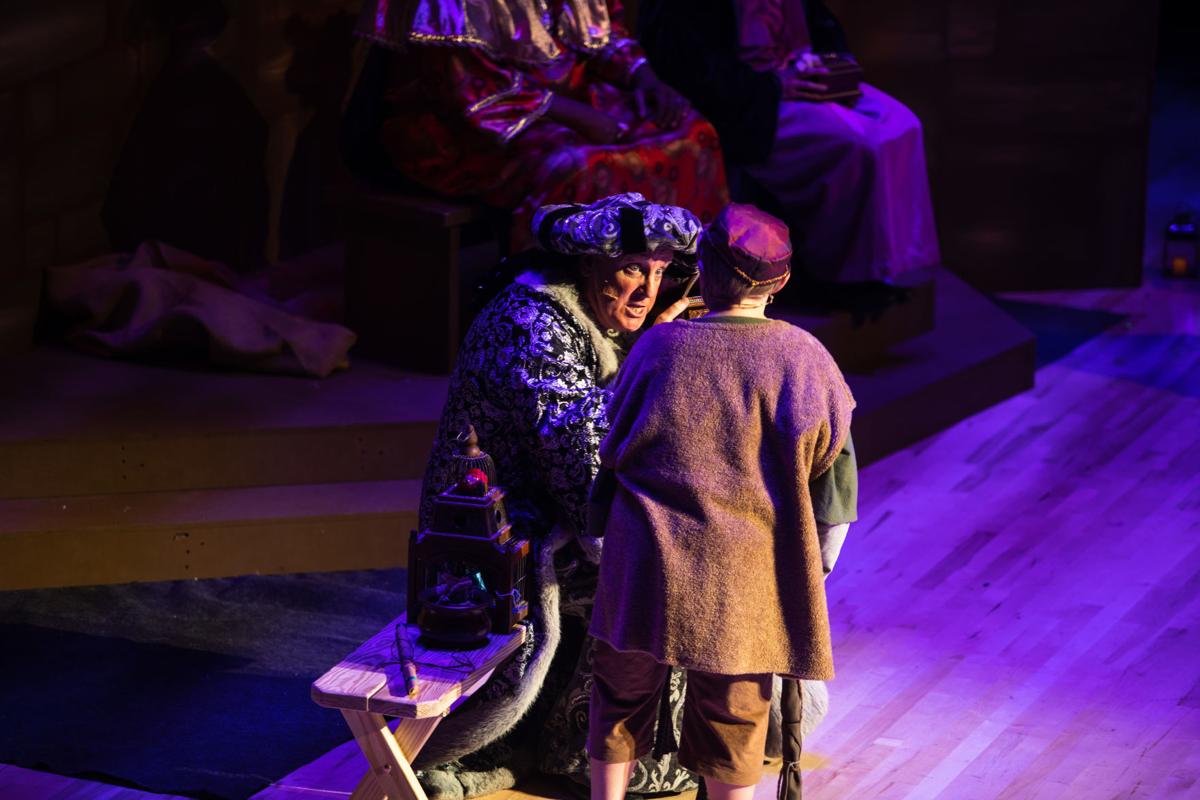 Amahl and King Kaspar in a scene from the opera. 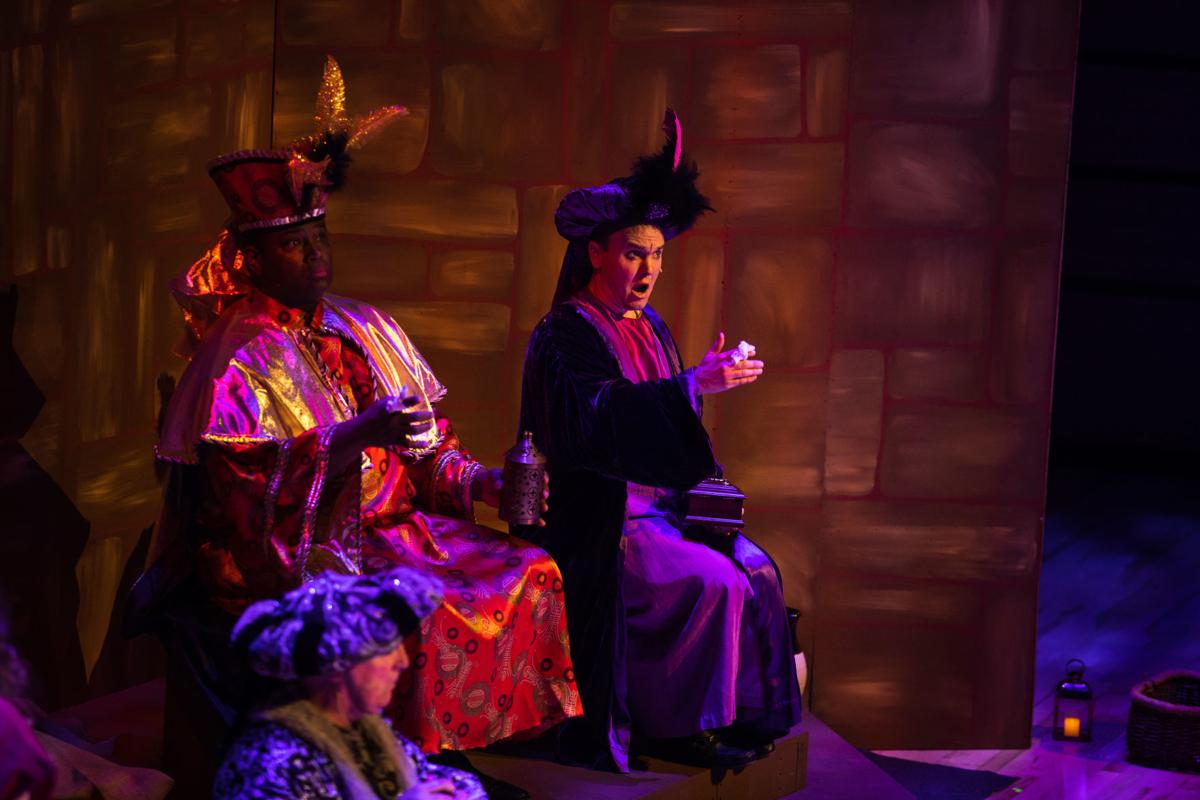 John W. Hugo as King Kaspar, E. Daryl Duff as King Balthaza and Rick Jupin as King Melchior in "Amahl and the Night Visitors." The opera, which was written specifically for TV is a retelling of the Christmas story of the Three Kings.

Amahl and King Kaspar in a scene from the opera.

From Charles Dickens’ “A Christmas Carol” to “The Nutcracker,” there are certain theatrical productions that audiences expect to see around the holiday season.

Liberty University’s School of Music and Opera on the James are bringing a less-familiar holiday classic to Lynchburg audiences this weekend with “Amahl and the Night Visitors.”

The special performance, which is being staged twice on Sunday at the Academy of Music Theatre, is a joint production between Liberty University’s School of Music and Opera on the James.

“We are hoping to create a tradition [of] a holiday show in partnership with LU,” says Opera on the James’ Executive Director Marco Nistico,who is acting as stage consultant for the production.

An operatic one-act by Gian Carlo Menotti, “Amahl and the Night Visitors” was the first opera composed specifically for TV when NBC commissioned the one-act and broadcast a live staging of it in 1951.

The opera, which retells the story of the Three Kings, follows Amahl, a disabled boy, and his mother as they meet the biblical magi, who are on their way to see baby Jesus.

“This show, to me, embodies what Christmas is all about,” says the School of Music’s Timmy Williamson, who is directing the production. “... It’s about forgiveness, it’s about grace, it’s about faith. And it’s about giving.”

The show is also perfect for first-time opera-goers because it has a run time of less than an hour and is also written in English, says Samantha Miller, an LU music professor who is playing Amahl’s mother.

The opera is also not new to Lynchburg. LU has performed “Amahl” during the holiday season for the last few years, first at Thomas Road Baptist Church’s Old Pate Chapel and then in the School of Music’s concert hall.

Because the opera is a resident company at the Academy, “Amahl” will be staged inside the recently restored historic theater.

“It’s nice to be able to pull resources from both areas to bring together one show for the community,” says Williamson, who also is the director of communication for the School of Music.

Opera on the James is mainly providing logistical support for this year’s production, leaving most of the creative decisions up to Williamson and the LU team, Nistico says, including the production’s staging and casting.

Several cast members have performed in LU’s productions of “Amahl” before, including Miller, who played the role of the boy’s mother in 2016 and 2017. But the upcoming performances are different for her than in years past. This time, she will be joined by her 8-year-old son Bowden, who is taking on the title role in his operatic debut.

“There’s moments where I don’t feel like I’m acting as much,” Miller says with a laugh. “... Sometimes our reactions [onstage] are real-life reactions to each other.”

The upcoming production isn’t the first time a Lynchburg mother-son duo has taken on these roles. In 1965, operatic soprano Helen Pesci Wood, who taught at Lynchburg College for more than 20 years, and her son, Robin, starred in a production at the Little Theater of Lynchburg — a casting choice a newspaper article at the time called “unprecedented in the history of opera, as far as can be ascertained.”

Getting to be part of her son’s operatic debut has made this run of “Amahl” all the more special for Miller.

“It’s been super sweet, and I know this is a memory that I’m going to cherish for the rest of my life,” she says. “And him too. I think he knows that, but it’ll be something he’ll cherish more and more as the years go by.”

Earlier this week, the Centra Alan B. Pearson Regional Cancer Center unveiled its Trees of H…

What: “Amahl and the Night Visitors”

Where: The Academy of Music Theatre, 524 Main St.