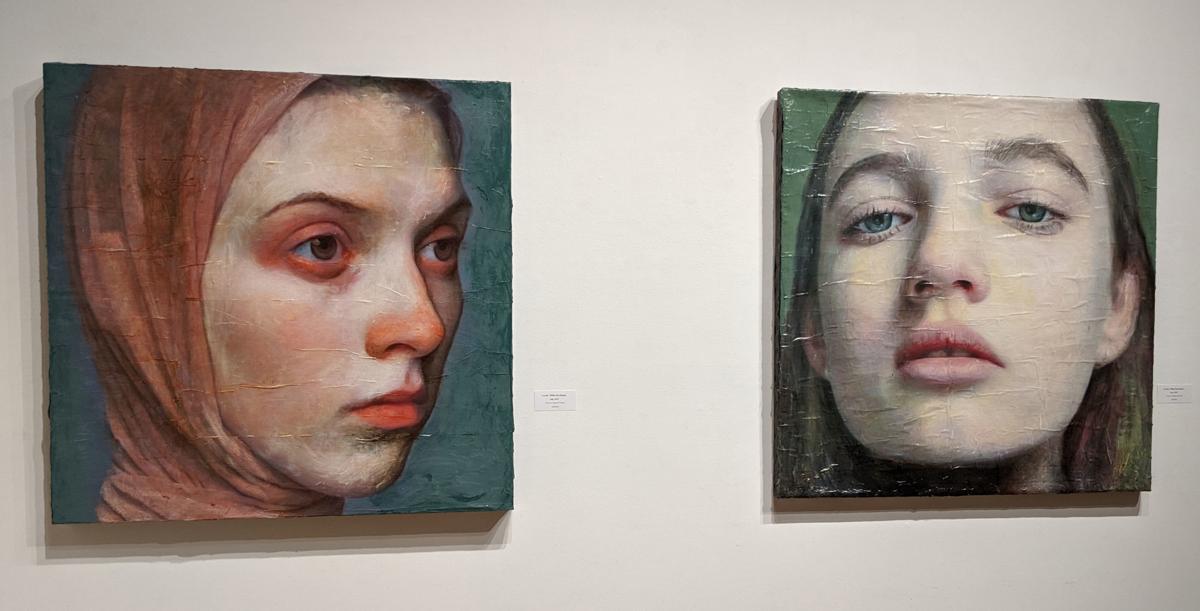 From left to right, "July #2, 2019" and "June, 2019" are among the work featured in Lavely Miller-Kershman's exhibit at the Academy Center of the Arts. 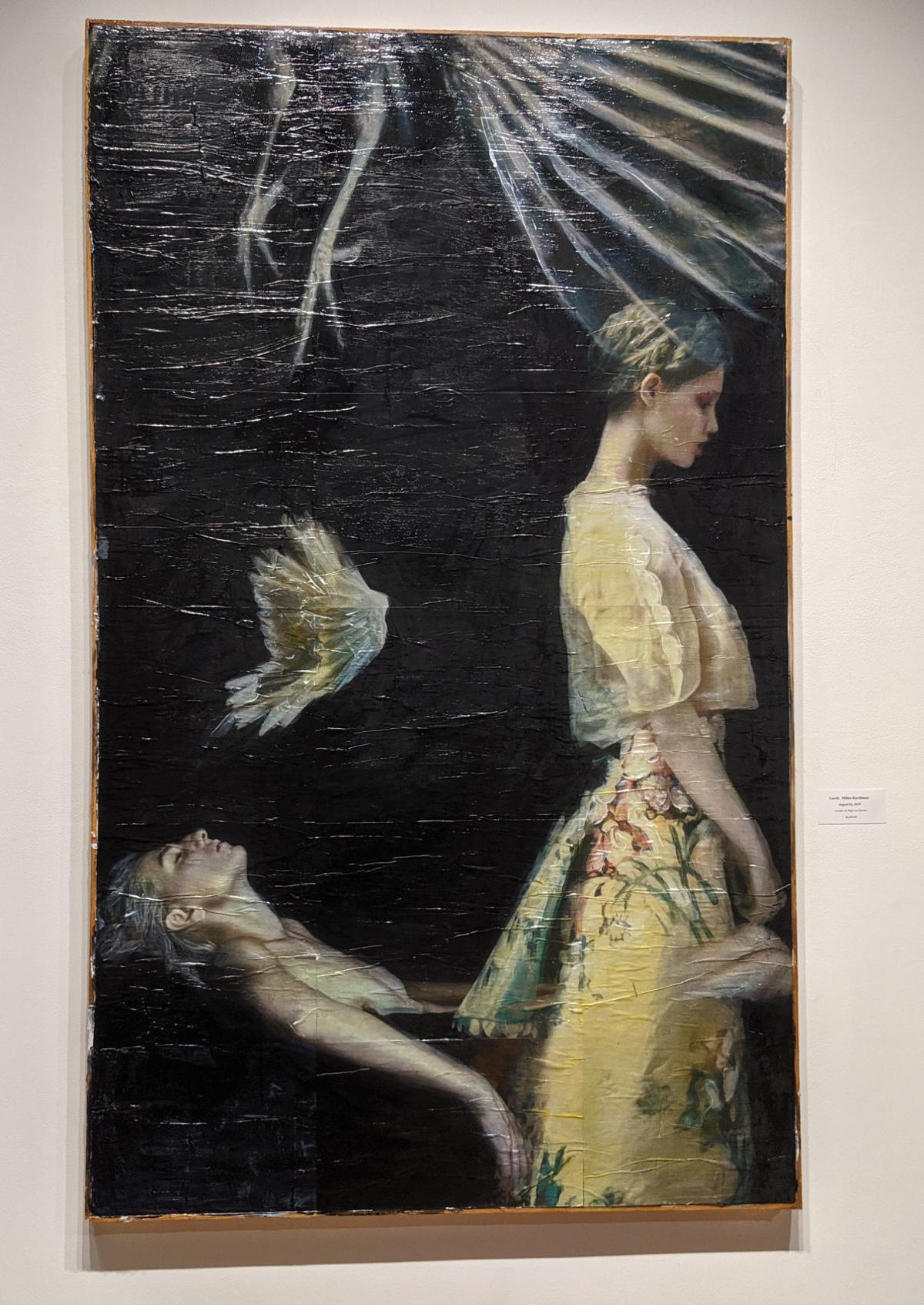 "August #2, 2019" is among the work featured in Lavely Miller-Kershman's exhibit at the Academy Center of the Arts. 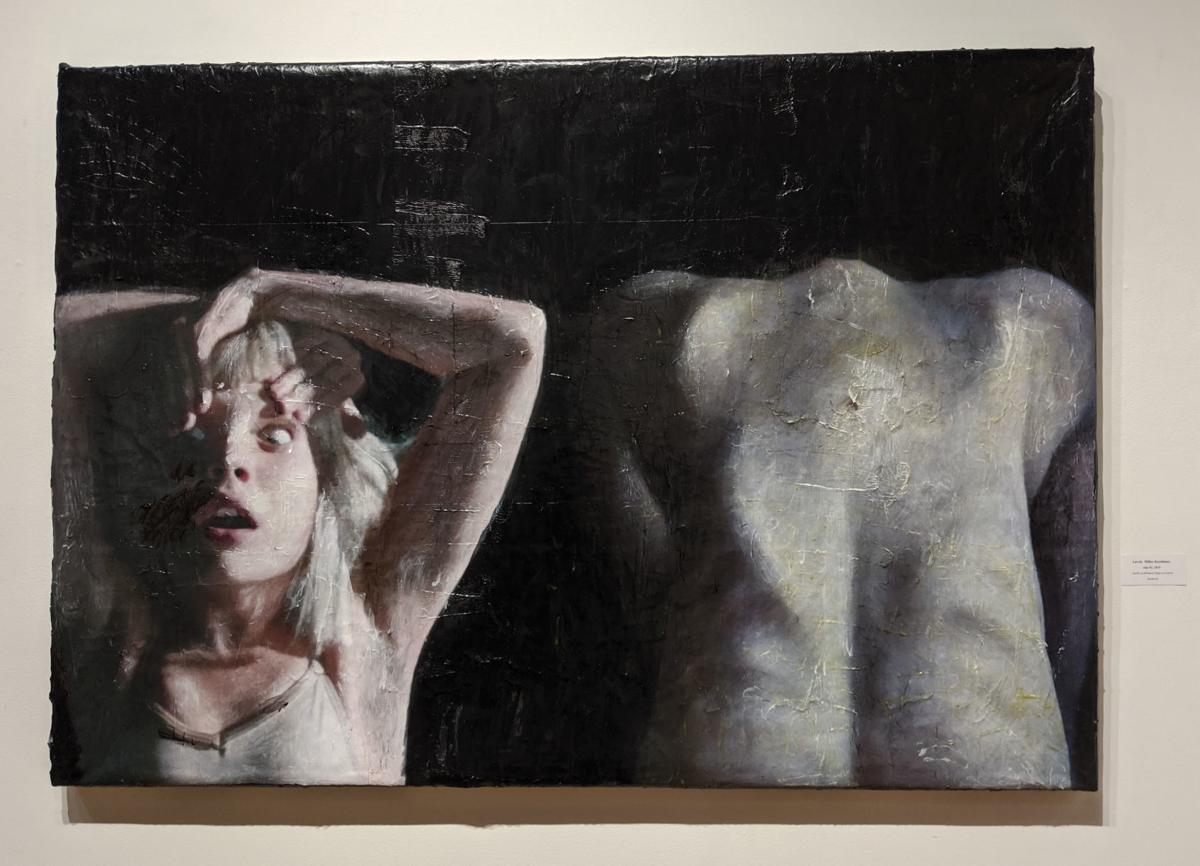 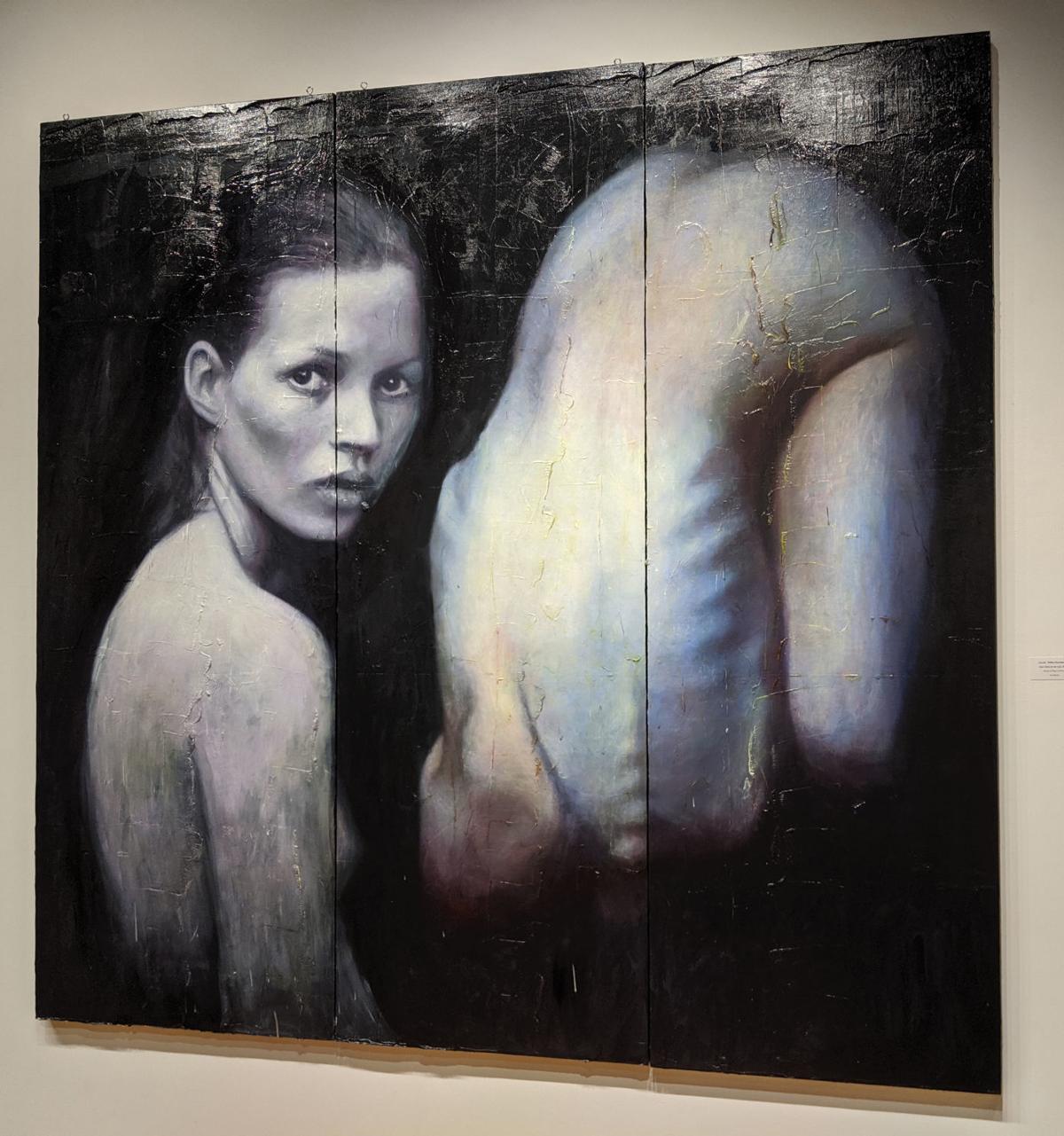 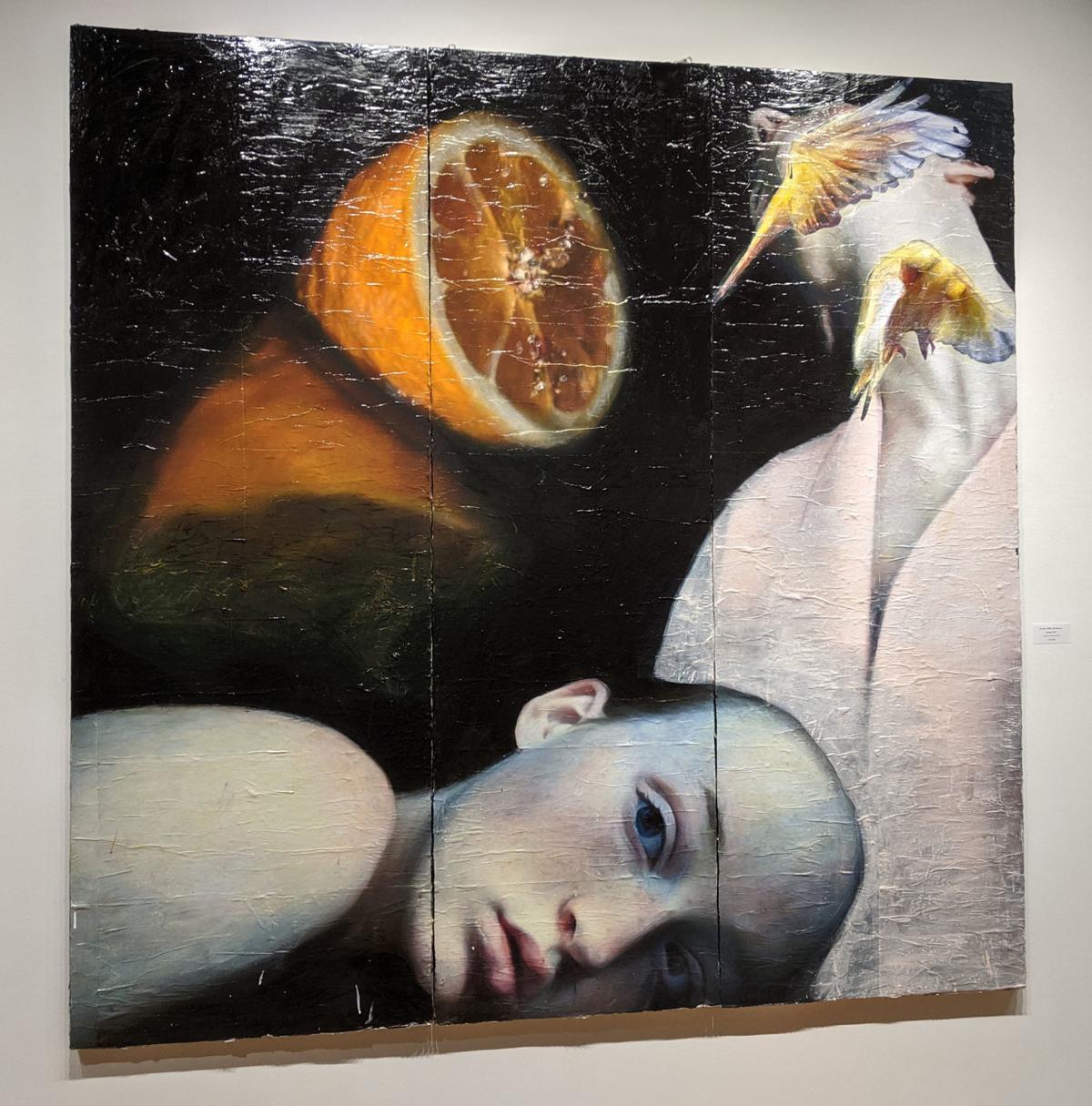 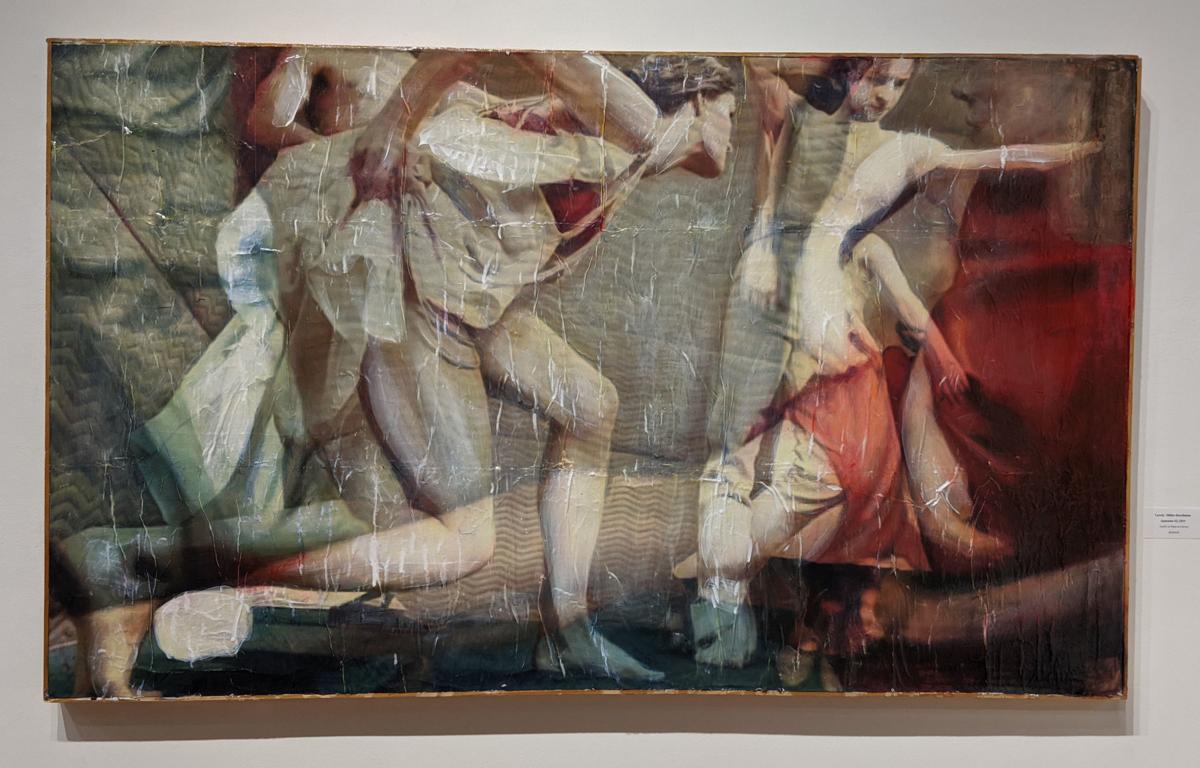 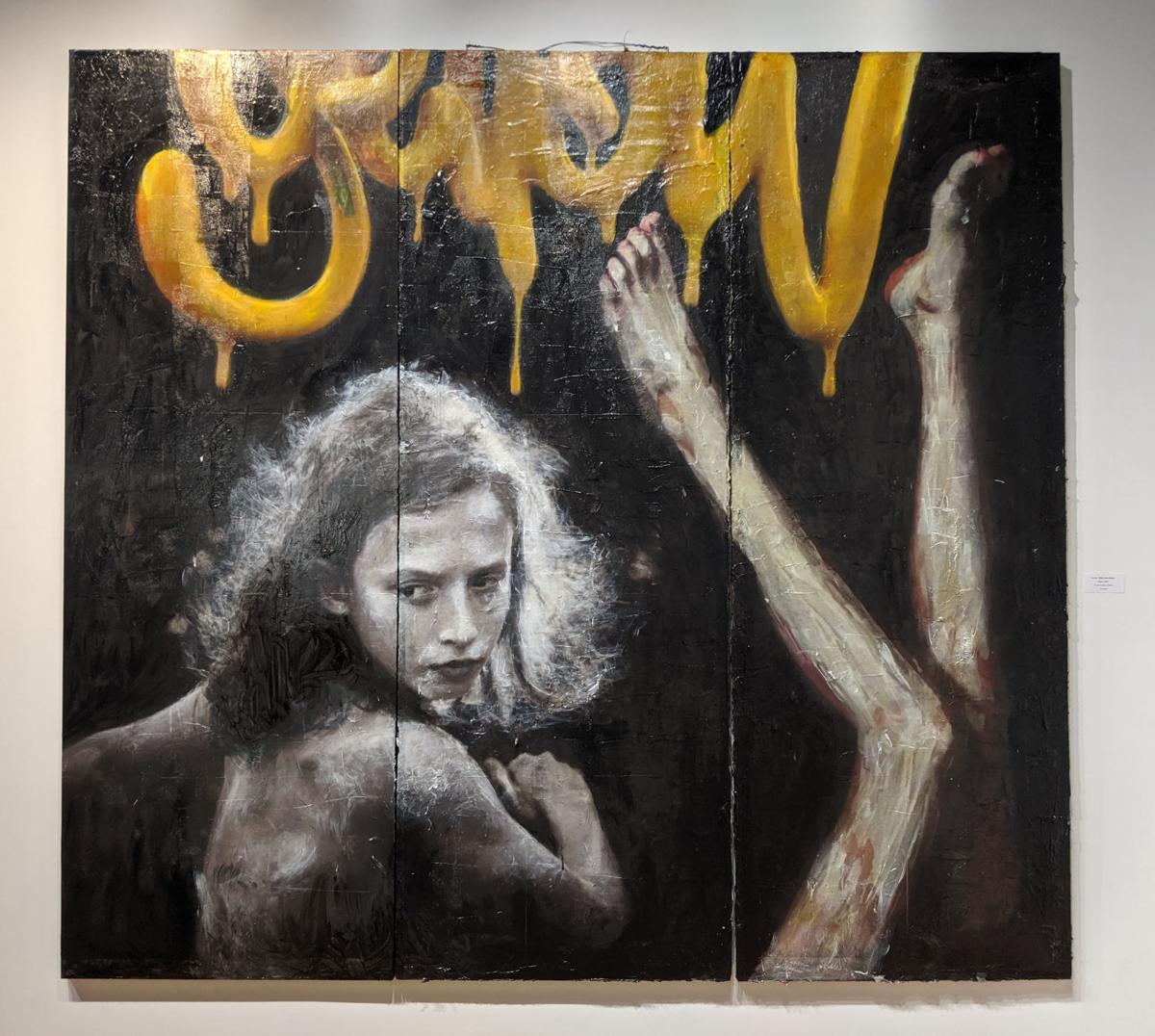 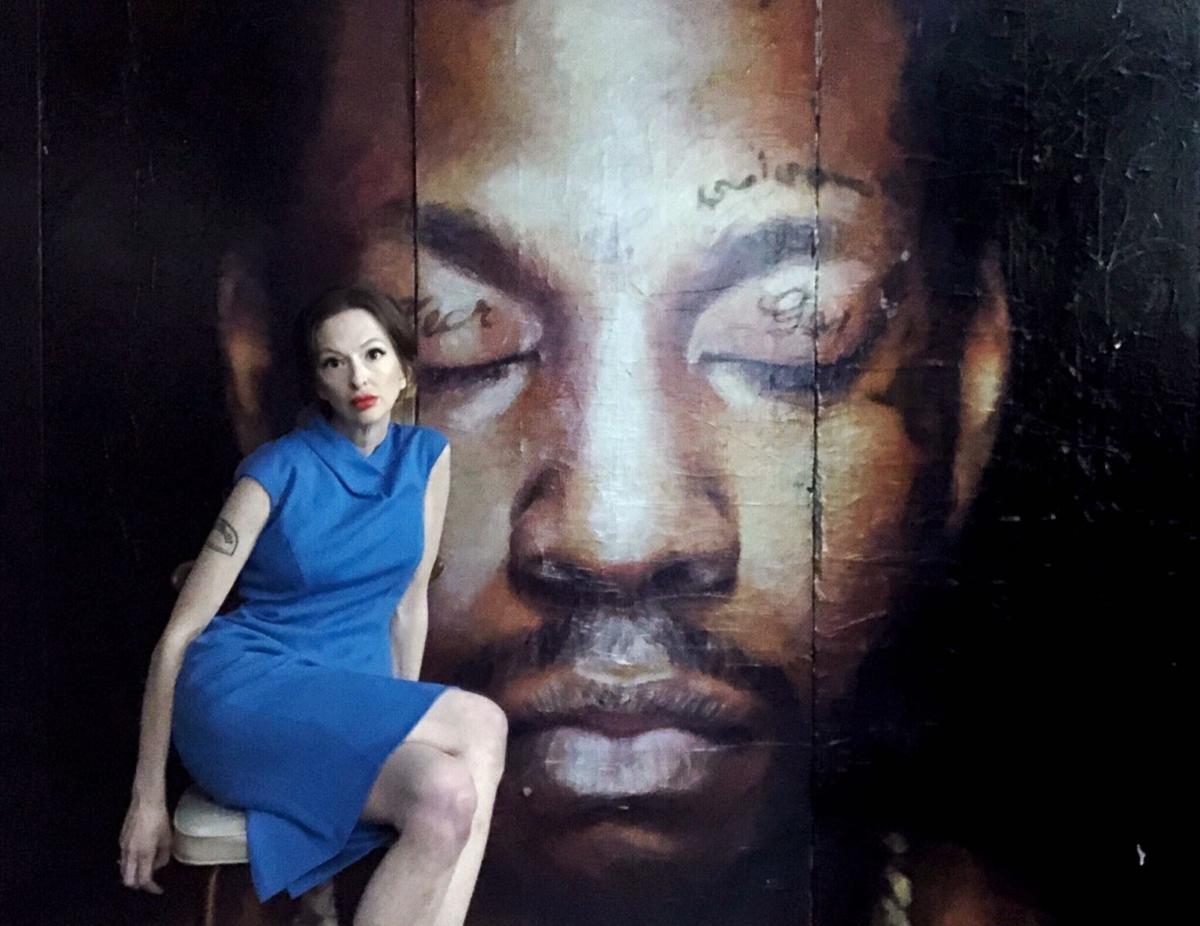 Lavely Miller-Kershman poses in front of one of her paintings.

From left to right, "July #2, 2019" and "June, 2019" are among the work featured in Lavely Miller-Kershman's exhibit at the Academy Center of the Arts.

"August #2, 2019" is among the work featured in Lavely Miller-Kershman's exhibit at the Academy Center of the Arts.

Lavely Miller-Kershman was studying art at James Madison University when she first started painting with her fingers.

“I ran out of brushes while I was at home one winter break and didn’t have enough money to buy more,” the Baltimore-based artist wrote in an email. “So I just used my finger.”

This improvisation of necessity ended up changing everything for Miller- Kershman, whose paintings are currently on display at the Academy Center of the Arts.

“Eliminating the ‘middle man’ of a brush means having one less thing in the way to manipulate,” she wrote.

Despite her interest in abstract styles of painting, Miller-Kershman creates hyper-realistic portraits Mark Jenkins, of The Washington Post, described as having “an eerie timelessness.”

In the past, Miller- Kershman said, people have often called her work dark, an assessment she doesn’t agree with, though some of her older exhibitions focused on “depictions of both personal and universal traumatic experience and its aftermath.”

“I’m not exactly painting smiling bunnies, but I ... don’t respond to visual imagery with assessments like whether or not something is positive or negative or light or dark or happy or sad,” she wrote. “I have a wide girth for what I see as beautiful and I define visual things mainly in those terms.”

Whether intended or not, there is something “psychologically powerful” in her work, said Jay Peterzell, president of the Foundry Gallery in D.C., where Miller-Kershman has been a member since 2017.

Some of the subjects in Miller-Kershman’s paintings are people she knows, while others, like model Kate Moss or the character Eleven from “Stranger Things,” are people she’s seen only in the media.

Whether she’s met the subject in real life or not, capturing a person’s likeness in photographic detail is often difficult, Peterzell said.

“Everyone knows what a face looks like,” he said. “If you’re trying to be realistic and you get it wrong, everybody can see it.”

The inherent challenge in her subjects, as well as her technique of choice, has led Miller-Kershman to paint on a large scale — like 7 feet by 7 feet large.

“It is not easy to get finer details when you paint with your fingers, unless those details can be painted large scale,” Miller- Kershman wrote. “I also like the feeling of being ‘inside’ a painting. When a work is taller than me, and I have to walk a distance to get from one end to the other to paint it, I start to feel like a piece of its landscape.”

Impressively, the size does not detract from the photorealistic affect of her paintings, which Ted Batt, the Academy’s director of visual arts, likened to the style of the old Dutch masters of the Golden Age, like Johannes Vermeer.

“It has a wow factor,” said Batt, when asked about the size of Miller-Kershman’s paintings. “... With something as massive as that work, it’s both you’re going to have to back up far away from it to really take it in, but then you want to get close to look at the details. How did she get the elements of the eyes, the sparkle and all that with just a paint stroke?”

The show at the Academy, titled “The New Work – 2019,” is not the first time local audiences have had the opportunity to see Miller-Kershman’s work.

The painter, who went to Amherst County High School, has shown her work at Riverviews Artspace and the old Fine Arts Center, as well as at the Virginia Center for the Creative Arts, where she was an artist resident in 2012, and the now discontinued Lynchburg Kaleidoscope Festival.

Miller-Kershman said her latest work is a bit different because she has been experimenting with new techniques to add layers and texture to her pieces.

These new processes not only add depth, said Batt, they make the evocation to the Old Masters even stronger.

“I think it just adds to the mystery of the paintings,” he said, “because if you look at 300- or 400-year-old paintings, they can have cracked canvases and texture on them.”

Where: The Academy Center of the Arts' Ann White Academy Gallery, 600 Main Street