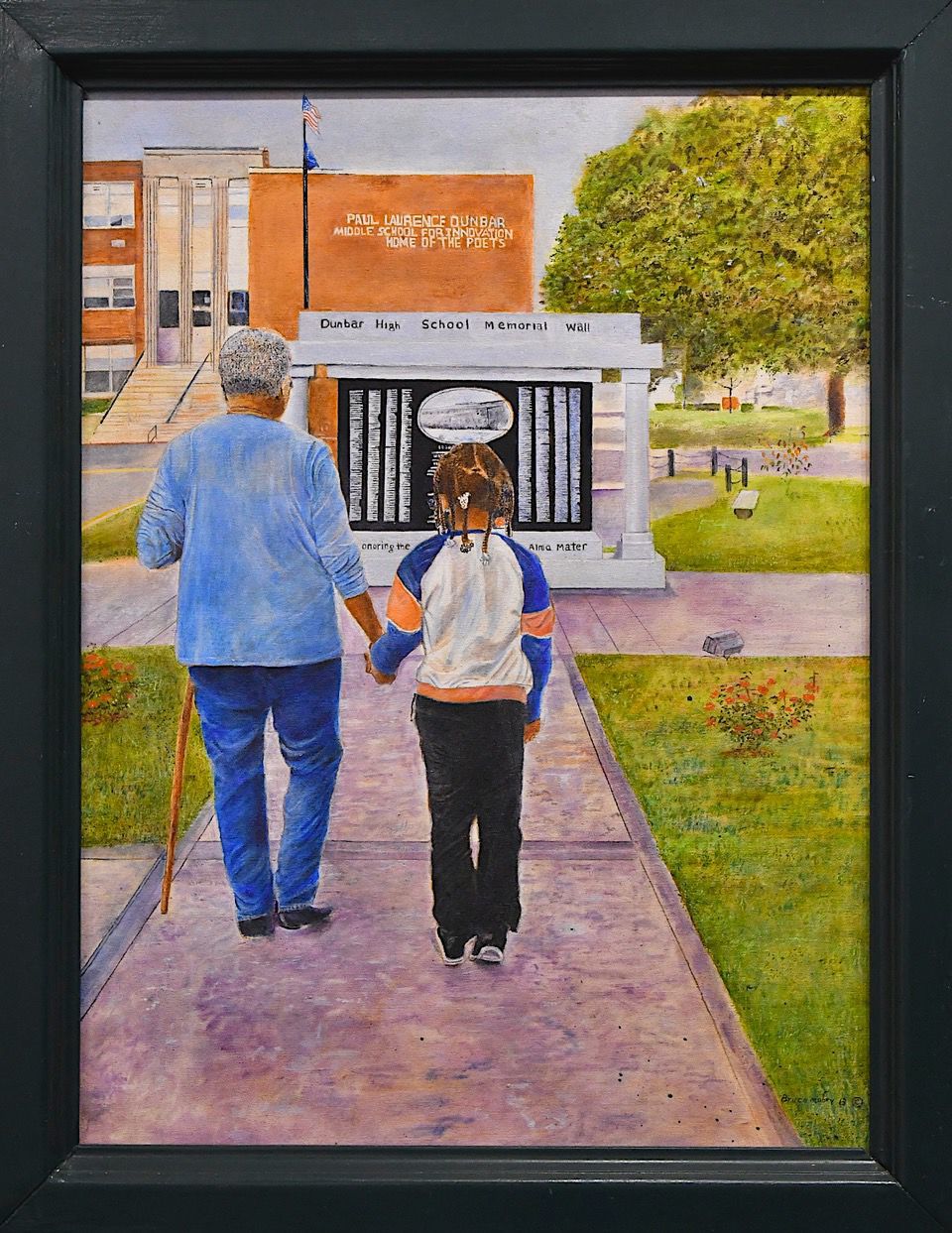 This oil painting, by local artist Bruce Mabry, is among the art that will be up for auction this weekend during Art for Achievement. The event, which runs from 6 to 9 p.m. Saturday at The Virginian Hotel, will raise money for Lynchburg Beacon of Hope. 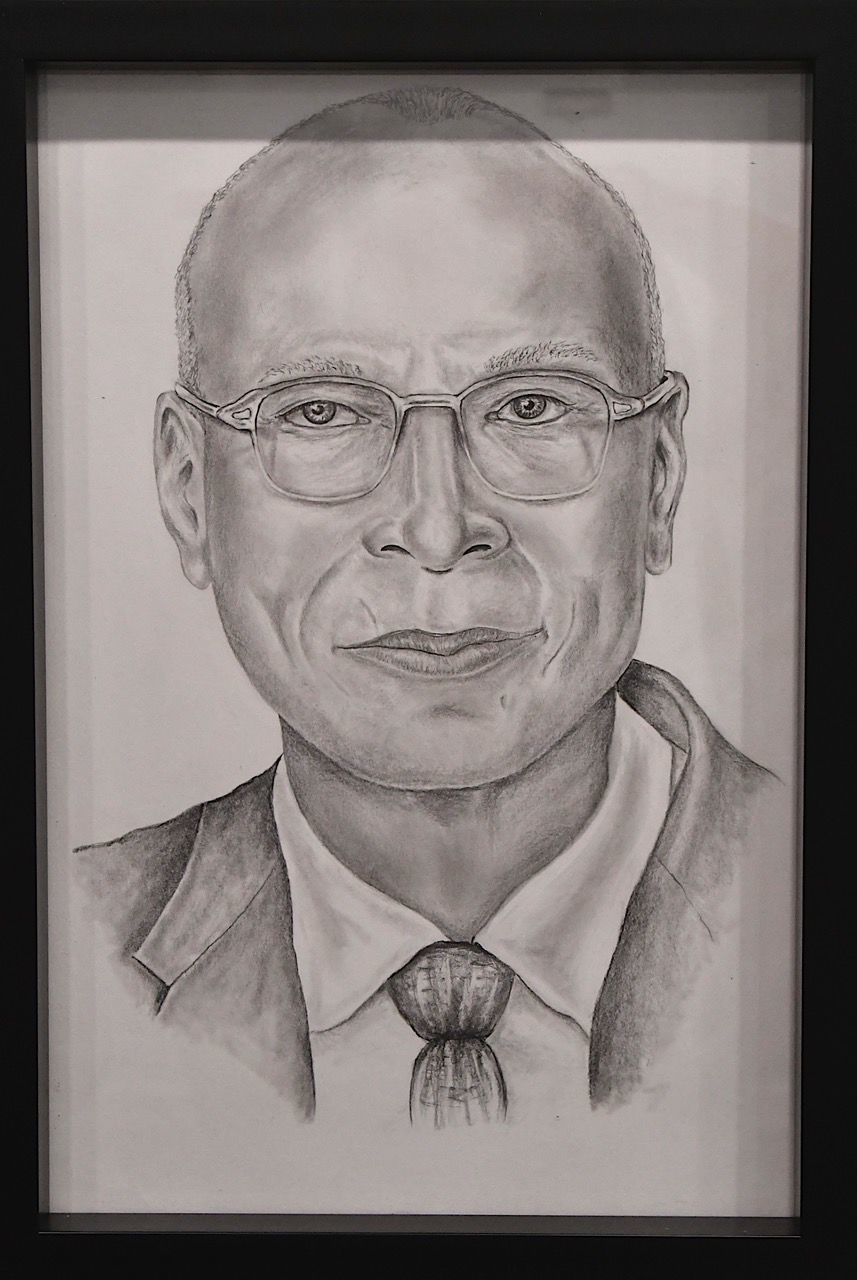 This oil painting, by local artist Bruce Mabry, is among the art that will be up for auction this weekend during Art for Achievement. The event, which runs from 6 to 9 p.m. Saturday at The Virginian Hotel, will raise money for Lynchburg Beacon of Hope.

When representatives from Lynchburg Beacon of Hope approached the Lynchburg Art Club about a new fundraising idea a year ago, their request was rather simple, to hear Kathy Busch tell it.

“The only thing they wanted us to do was paint,” said Busch, who was president of the club at the time. “… That’s what we’re all about.”

More specifically, they were asked to create work on 10-inch-by-10-inch canvases that will be auctioned off during an event Saturday at The Virginian Hotel.

The project, called “Art for Achievement,” was, of course, more complicated than simply painting, but members of the club jumped on board and “just embraced it,” said Joan Foster, Beacon of Hope’s director of fund development. “We’ve been going at it ever since.”

On Saturday, the works will be hung together on panels to form a giant mosaic — “creating a collective vision of what makes this community so special and why our young people are considered such a vital and important part of the Lynchburg community,” according to press materials.

There will be six grids, each holding 20 canvases that will be available for purchase via silent auction, with bids starting at $25. That price point offers up “a great chance for somebody that wants to own original art to … get one without having to spend a whole lot of money,” Busch said, adding that offerings include watercolor, oil, acrylic and mixed media, among other mediums. “[It’s] a little bit of everything,” she said. “There’s some beautiful things, too. Probably two dozen I would like to bid on myself.”

There also will be a live auction of larger pieces by local artists and a raffle featuring donated pieces ranging from a leather chair from Moore & Giles to a handmade vase by local artist Ted Batt.

Money raised will support Beacon of Hope, which partners with Lynchburg City Schools to prepare students for postsecondary education, and its Stay Close, Go Far Scholarships, which provide LCS students with free community college or a scholarship to one of the nonprofit’s local college or technical school partners.

The education connection is one of the reasons why Busch thinks club members were so quick to sign up.

“We have been involved with education from day one,” she said. “The art club was founded [in 1895] by Bernard Gutman, who was a supervisor of art in the Lynchburg public school system. So we started out with someone who was interested in education and art education.”

The club also offers an annual scholarship to local students who are majoring in art at college.

“This was just one more step in that direction,” Busch said, “another way for us to be involved in education and the students and the community. … We’re not a wealthy club, and they [were] just asking for our time and a little bit of paint.”

The original goal was to get 100 pieces of art, but the work just kept coming in; Laura Hamilton, Beacon of Hope’s executive director, said they were nearing 130 late last week, painted by not just club members, but also local students and residents.

Busch said many members painted more than one piece for the fundraiser; there was even one, a 91-year-old new member, who contributed five.

“We haven’t turned anyone down,” Foster said. “… People are just stepping up and wanting to help Lynchburg Beacon of Hope and to help the futures of our young people in public schools. This has been one of the most rewarding projects I’ve ever worked on because you just hear those awesome stories from people of why they’re doing this.”

“It’s something I never would’ve thought about us doing. It’s so unique. It’s so special,” she said. “It sort of speaks to who Beacon of Hope is. We’ve got kids, adults, rallying around the idea that every kid deserves a chance.”

What: Art for Achievement

Where: The Virginian Hotel, 712 Church St.