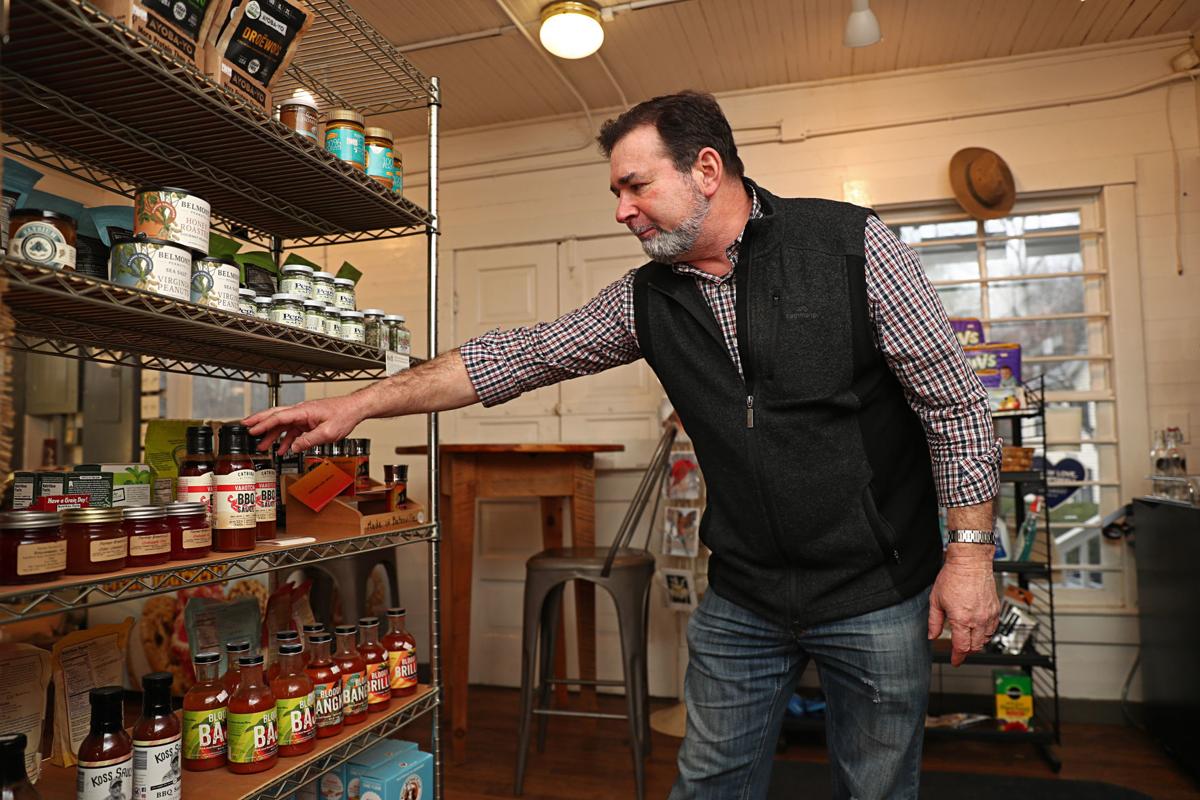 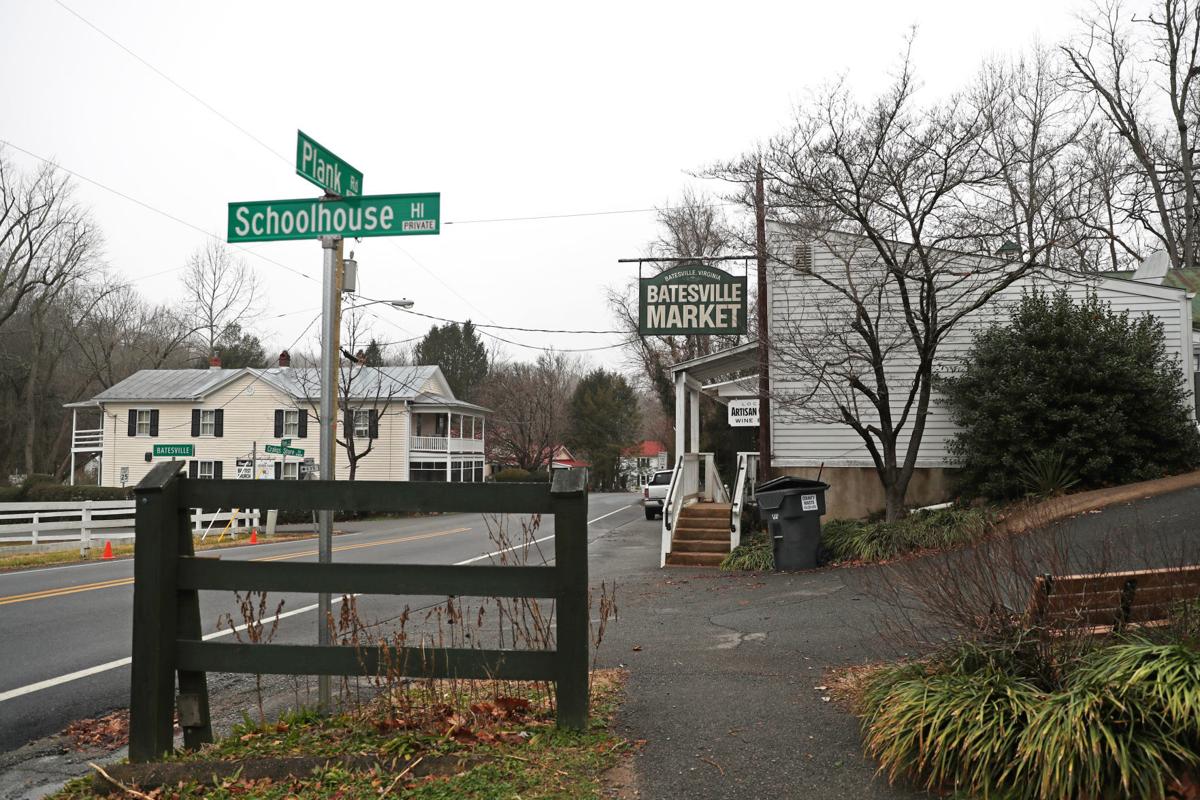 ERIN EDGERTON/THE DAILY PROGRESS The Batesville Market is for sale for $1. 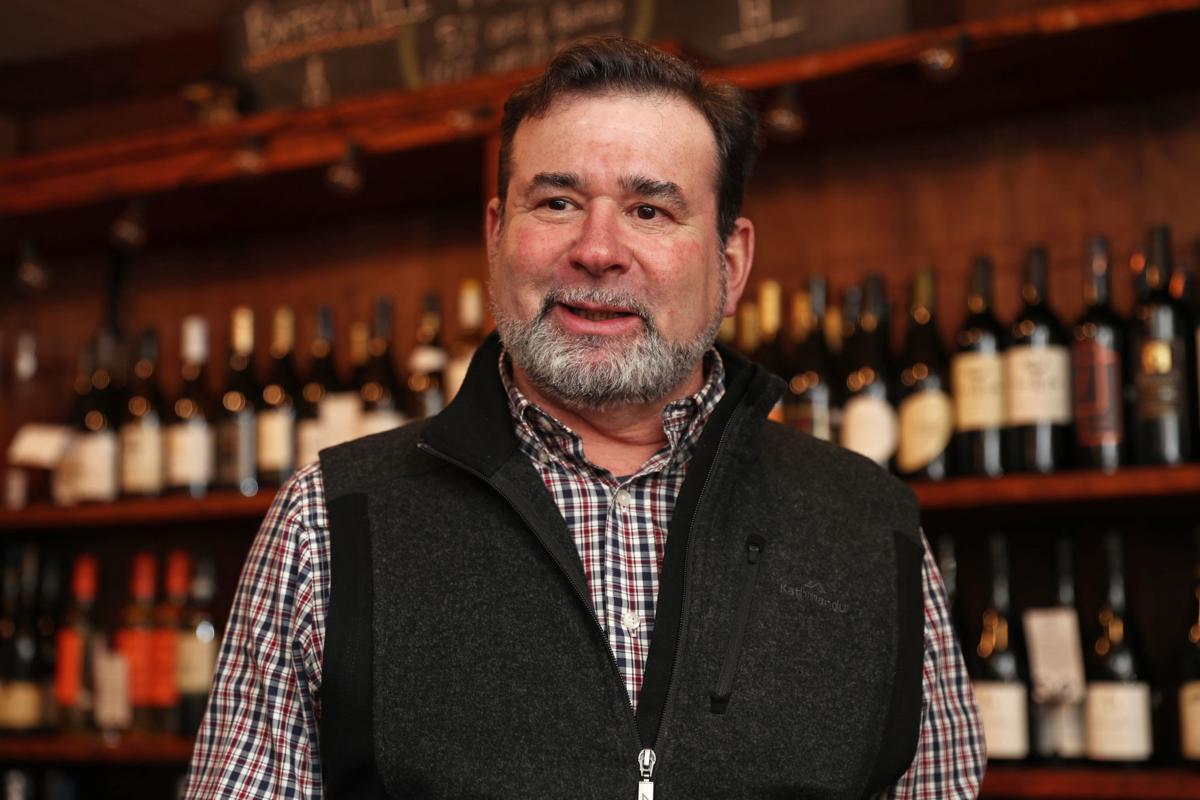 ERIN EDGERTON/THE DAILY PROGRESS Owner Alex Struminger discusses his businesses plan for the Batesville Market on Tuesday. He’s looking to sell the market for $1 to someone who will continue to run the business for decades. 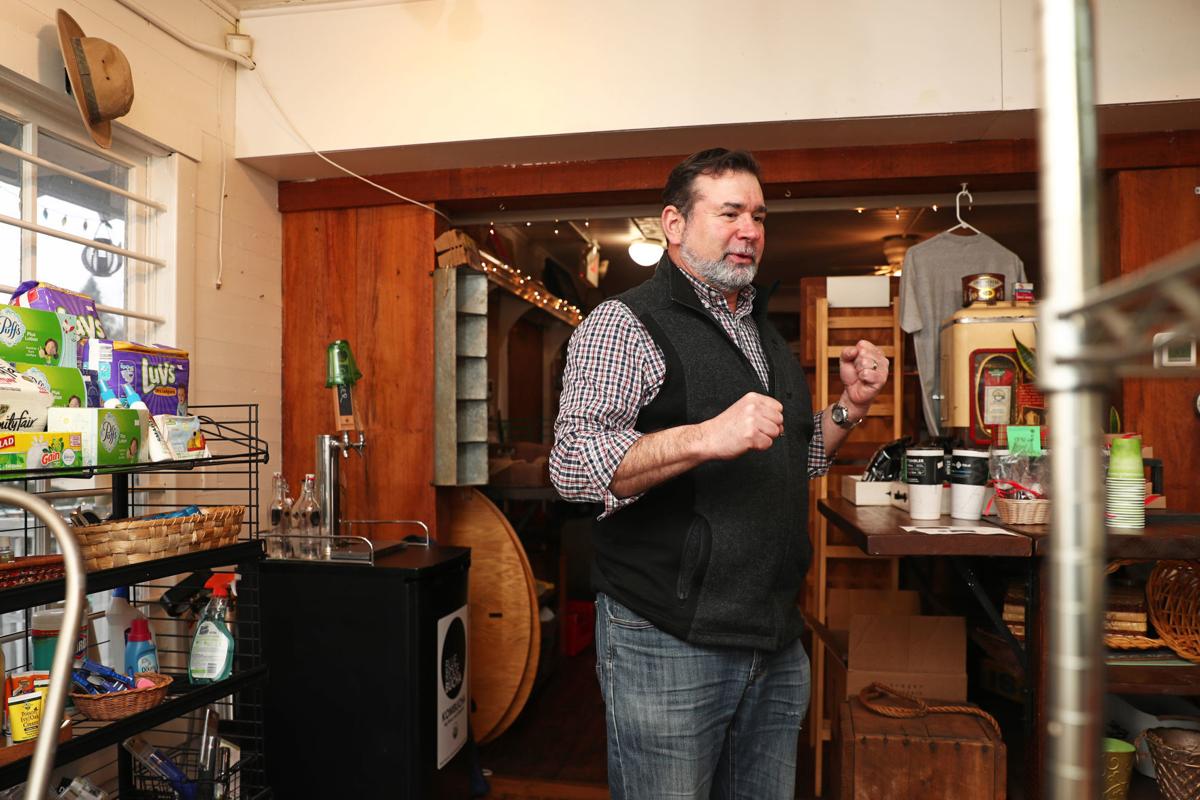 ERIN EDGERTON/THE DAILY PROGRESS Owner Alex Struminger shows off products on Tuesday inside Batesville Market. He’s looking to sell the market for $1 to someone who will continue to run the business for decades. 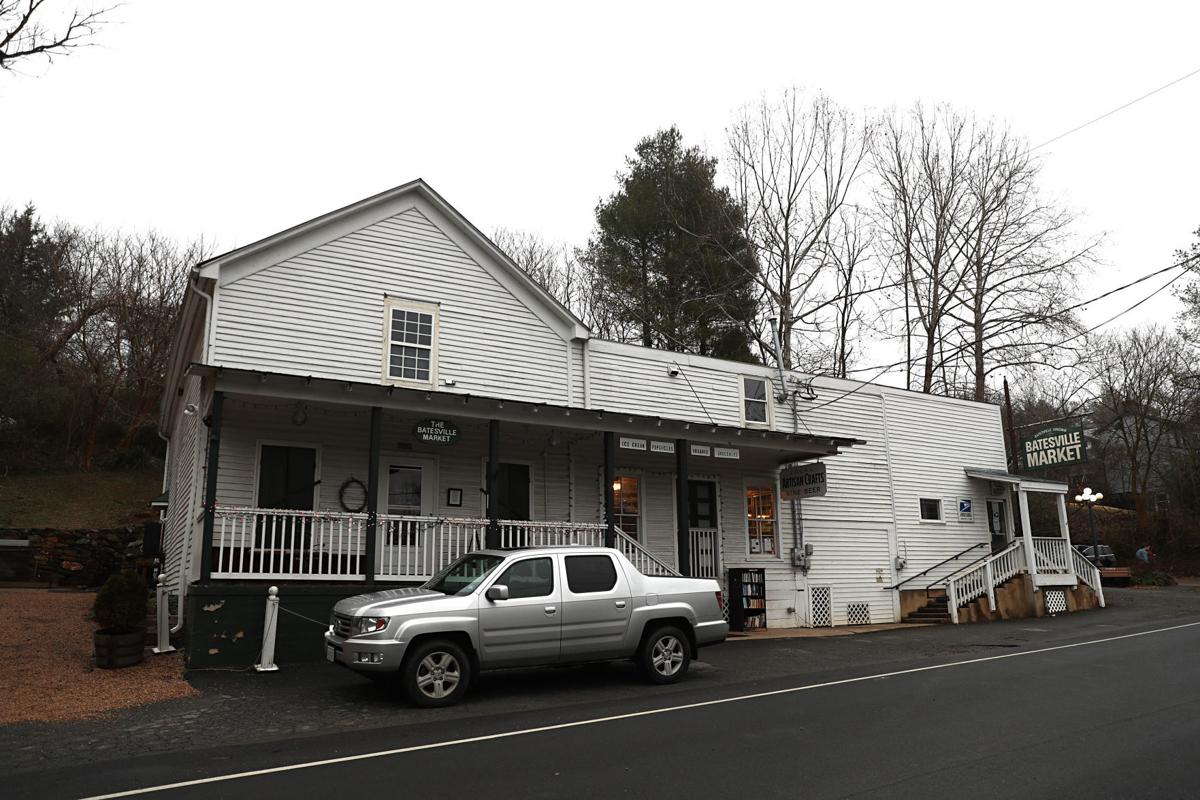 ERIN EDGERTON/THE DAILY PROGRESS The Batesville Market is for sale for $1.

ERIN EDGERTON/THE DAILY PROGRESS Owner Alex Struminger discusses his businesses plan for the Batesville Market on Tuesday. He’s looking to sell the market for $1 to someone who will continue to run the business for decades.

ERIN EDGERTON/THE DAILY PROGRESS Owner Alex Struminger shows off products on Tuesday inside Batesville Market. He’s looking to sell the market for $1 to someone who will continue to run the business for decades.

Tucked into the woods of southern Albemarle County is a store that could be the star of a Hallmark Christmas movie. And for $1, owner Alex Struminger will hand over the keys to the business.

Struminger opened the Batesville Market in 2014, a year after the previous business shuttered. He wanted to bring the store back for the community and is looking for a new owner to keep it going.

“I want somebody who can grow the business for the next generation,” he said.

The $1 offer does not currently include the century-old building Struminger and his brother purchased in 2014 for $175,000.

“We see ourselves as stewards of the building,” he said. “It’s a community asset.”

At the intersection of Plank and Craigs Store roads, Batesville Market provides groceries, deli items, souvenirs for tourists and live music Saturday nights. In an area where everyone seemingly knows everyone, Struminger said Saturday nights at the store are more akin to a cocktail party.

Struminger and his brother wanted a market and community center for Batesville, but he never wanted to manage the business full time. He believes now for the market to thrive, it needs to be owned and run by someone else.

Struminger received more than 250 responses to his offer, which was announced in December, and 77 completed questionnaires. He’s narrowed the list to fewer than 20 and plans to pick finalists soon. Then, the community will have a hand in selecting who will take over the Batesville Market.

Finalists will make their business pitch to a panel of eight community members who Struminger said have business experience.

“We’re looking for the right fit,” he said. “The community will help decide that.”

Whoever takes over will receive the business as is, free of debt. Struminger said he’ll share supplier information and make introductions for the new owners. As part of the deal, new owners will have to agree to honor customers’ store credit.

“Just open the door, and you will get the same revenues tomorrow as we had yesterday,” Struminger wrote in a FAQ about the offer. “The inventory is stocked and the business is ready to go. Loyal customers come in every day, and the revenue pattern is established.”

Batesville Market has turned a profit for the last six months as the Strumingers tweaked the business model and found what could work for the area. The current iteration of the market opened May 2017.

The building, which dates back to 1880, has seen several businesses come and go over the years. Recently, Struminger said business owners have used a restaurant model driven by the deli and Saturday night music events.

But Batesville doesn’t have the traffic to sustain that business model, he said.

“We’re off the beaten track,” he said.

Designated a national historic district in 1999, Batesville is one of the earliest surviving crossroads communities in Albemarle County. Development surged in the early 19th century after Plank Road, which runs through the village, became part of a turnpike from Staunton to the James River in Scottsville. The Miller School of Albemarle opened in 1878, giving the area’s economy another boost.

Charlie Page first opened a business in what is today Batesville Market in 1914, joining four other stores in Batesville. A sign from that opening day hangs near the door of the market today.

Batesville’s application to become a historic district noted Page’s Store has since maintained its prominence as the focal point of the Batesville community.

Page declared war on the high prices in the village of Batesville, according to the notice. He focused on selling general merchandise, and Struminger turned to that model for the Batesville Market.

Retail accounts for 65% of the business. The store is stocked with local goods and groceries. If you drive home to the Batesville area and forgot to pick up milk, you’re in luck.

Struminger said a local-centric business means stocking local products and catering to different price points for everyone in the community. So the inventory includes local eggs and organic milk as well as cheap eggs and cheap milk, for example.

For those enjoying the area wineries, cheese and crackers are available for purchase as well as items only found in Batesville.

Struminger expects the new owners will put their own mark on the historic store.

“I want it to stay open and see it succeed,” he said.